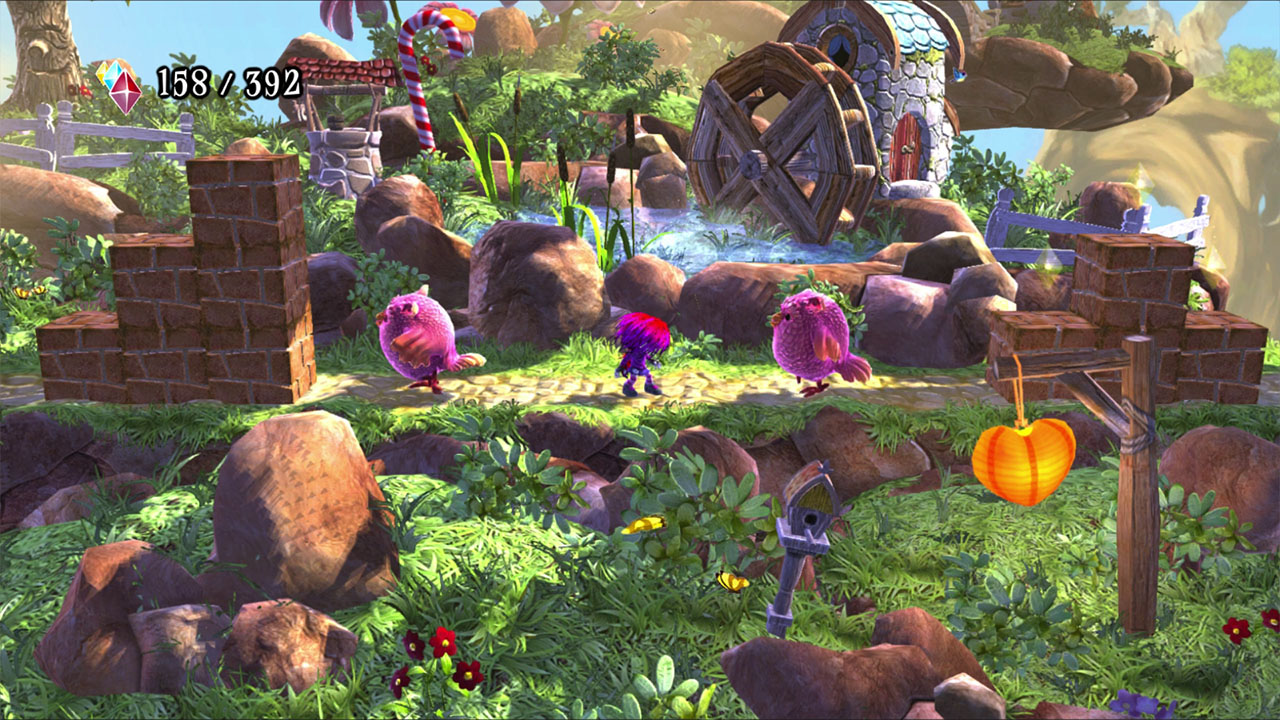 In my opinion, platforming games are rather a niche genre. Despite its heritage being that of one of the earliest style of 2D gaming, as well as spawning some of the most famous characters within gaming lore, the mechanics that comprise the gameplay of such a game have longed remained the same. Admittedly, there have many variations on its themes, with more modern games adding extra elements such as 3D or 2.5D levels, refined graphical presentations in level designs and more elaborate moves. But above all, the general premise of the core gameplay remains the same; jump your way through a level over various terrains in order to reach the goal that lies somewhere within.

Over the years, some have been more successful than other. It can’t be denied that Mario and Sonic probably hold the crown for the most entertaining and innovative titles, but other characters have also had their fair share of success; such as Donkey Kong Tropical Freeze and probably the much lesser known, Giana Sisters: Twisted Dreams. Now five years after its original release upon Nintendo’s Wii U, a new Owltimate Edition of the Sisters’ game is getting a new port onto the Switch. However, this isn’t just your straight forward port, as developers Black Forest Games have taken their original formula and added a whole new layer of spit and polish to bring us the most shiniest version of their game to date.

Published through THQ Nordic, Giana Sisters: Twisted Dreams – Owltimate Edition not only contains the original Twisted Dreams adventure but also comes with a complete overhaul to its graphical presentations, five new levels, previously released DLC that follows along Halloween and Christmas themes, as well as Rise of the Owlverlord, new animated cut-scenes to help push the story along and original musical scores from German video game composer, Chris Huelsbeck and Swedish rock band, Machinae Supremacy. It’s certainly come a long way from its roots, way back in 1987 with the Commodore 64’s The Great Giana Sisters. 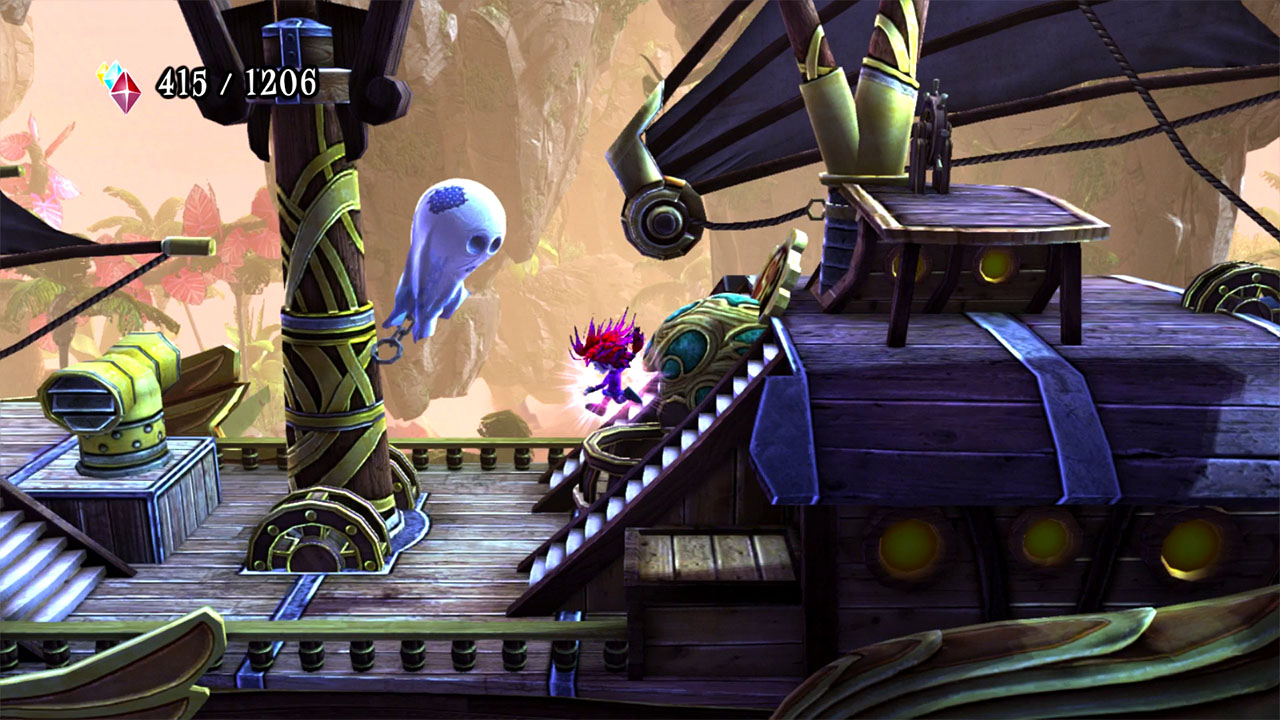 If you’ve never played the original Twisted Dreams on the Wii U, or the Director’s Cuts that have since made transitions onto other platforms, the game follows the exploits of two sisters, Maria and Giana. After being sucked through a void into the world of their dreams, Maria finds herself abducted by a villainous dragon, Gurglewocky and it’s up to you, as Giana, to traverse a series of landscapes in a quest to rescue your sister from her fire-breathing captor. However, Giana isn’t all that she seems at first glance, as she possesses two very different personas, one Cute and the other distinctly Punk, with each transition not only altering her being, but also the landscapes around her.

The shape, or world shifting abilities of Giana were a revolutionary part of the elements that made the original Twisted Dreams unique for its time. Although it’s a formula that has since been replicated by other titles, the flawless transitions here, still stand as fresh as the day they were first conceived; especially with its game-altering mechanics of swapping not just personas and landscapes, but also in enemy behaviours, models and musical scores. It’s an important element of the gameplay, as in her punk form, Giana sports pink locks and skips around brightly, spring-inspired levels that boasts reflective sunlight, sparkling oceans and colourful houses of the mushroom varieties. Along your journey though, you’ll come to certain points that are impassable and with a quick flick of the shoulder buttons, you instantly change everything around you.

No longer a punk, Giana’s hair transforms into a golden shade and the dream-scape world becomes more distinctly evil, with twisted trees, decrepit ruins and sharp spikes. With the change in scenery, new paths open up or approaching enemies become redundant; drastically altering the game and sounds that play before you. As well as creating new pathways or dismissing enemy types, each of the landscapes also contain a number of gems that litter their landscapes. With two varieties on offer, one red and the other blue, merging between each plane brings each type of gem into focus, allowing you to collect them as you traverse each level. Each of Giana’s personas also contains a number of abilities, from twirling in cute mode, the X button, which allows you to glide through the air to the dash of the punk mode, the Y button, allowing you to ricochet off walls and smash blocks to reach certain ledges or impassable areas. 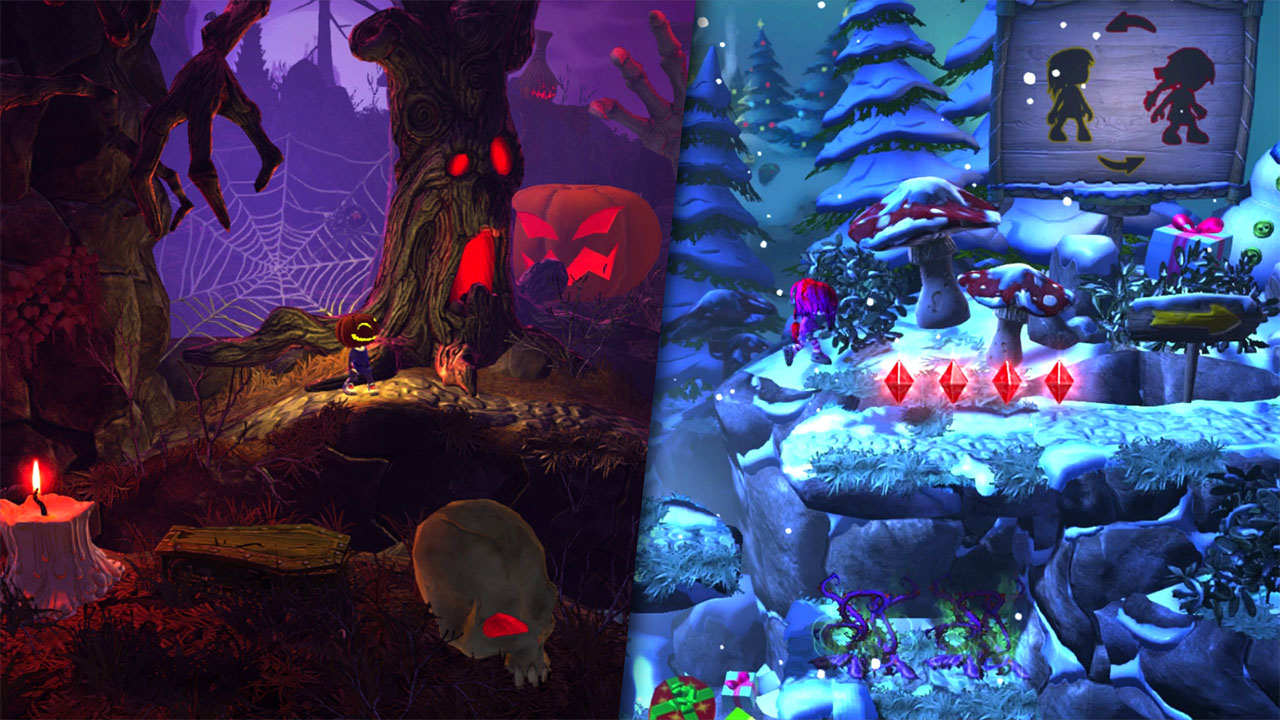 It’s all these elements combined that makes exploring the games forty plus levels a delight. It also help that each level is very cleverly designed and highly detailed; giving it an aesthetic that easily on par with any triple A title currently available on the Switch. With four different dreams to explore, as well as extra play modes such as time and score attacks and a number of varying difficulty levels, there is more than enough content and replay value here to keep you entertained for weeks or even months. Each of the levels also awards stars which are used to unlock boss levels. Depending on your performance, amount of lives used or gems collected determines the level of star that is awarded. As well as these, each level also contains bonuses that unlock collectable artworks for the one-hundred percent achievers out there.

As well as the base game of Twisted Dreams, each of the previously DLC that comes bundled with this title also presents plenty of game time. With their themed levels, namely Halloween and Christmas, this Owltimate Edition couldn’t be released at a better time, with both events fastly approaching just around the corner. They offer a good and varied challenge from the base levels, thus prolonging the shelf life even further of this very impressive title. The new animated cut-scenes also brings new life to this release of the game, with each one playing out a scenario between each of the levels.

Overall, Giana Sisters: Twisted Dreams – Owltimate Edition has been polished so much, that it simply shines on the Switch; despite being a game that is five years old. Everything from its presentation, mechanics, controls and features are perfectly executed, giving this game a very triple-A feel in how looks and plays. Where I am concerned, and the niche market of platforming, every now and then a title within its genre gets released that rewrites the way they play and this is a title that has not only re-written itself, but has also re-invented itself to guarantee itself a game that will remain in my library for a long time to come; and there aren’t many platforming games that can achieve that feat. If you’ve played the original Wii U title, then there more than enough content here to warrant a purchase and if you haven’t, then you really should, as the developers have outdone themselves to bring us one of the most slickest and satisfying platformers to hit the switch in a long time.

Their dreams may be twisted, but this is a game that is most certainly not.