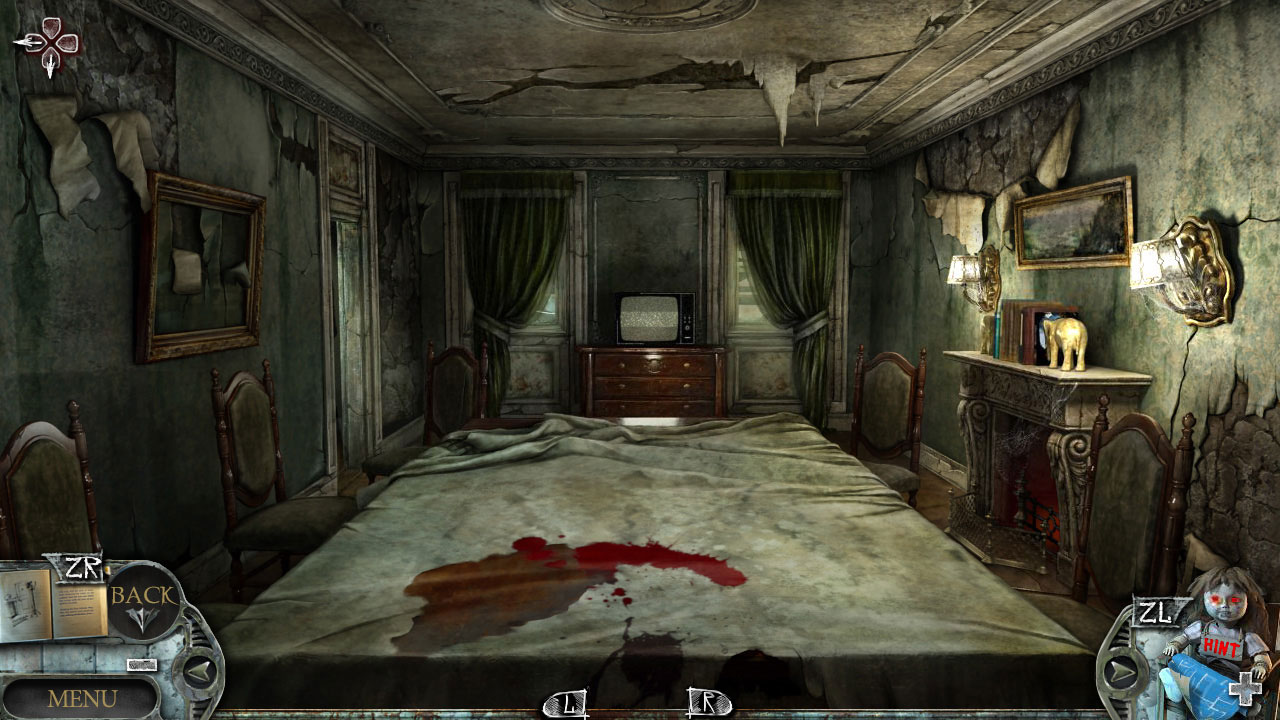 In my opinion and at this moment in time, Artifex Mundi hold the monopoly within the genres of point-and-click and hidden object games. The reason? They simply hold a presentation level that oozes care and attention, as well contain an atmosphere that many games cannot match. Saying that though, Artifex games do contain a story that revolves around supernatural activities, at least most of them do, but they rarely provide enough tension for them to be classed as a horror title; a genre that is sorely missing from the point-and-click style of games. However, Digital Lounge and Big Fish Games are about to an end to all that, as their new title, True Fear: Forsaken Souls Part 1 creeps a release upon the Nintendo Switch.

The story revolves around a main protagonist called Holly, who after receiving a letter one night, embarks on a journey to rekindle her relationship with her long-lost sister who had disappeared ten years previously; not long after the death of the two girls’ mother. Her journey leads her to an apparently abandoned mansion; it’s decrepit rooms housing the clues to the mystery of her sister’s disappearance. The main premise of the game involves playing as Holly, as she goes about searching the variety of rooms housed within the mansion; finding clues, picking up objects that can used to interact within the environment and seeking out information that surrounds the mystery she now finds herself in.

The game blends together the mechanics of a point-and-click adventure, with a sprinkling of hidden object styles of play; although you can change this in the options and play the game simply as a point-and-click. Solving certain puzzles or finding particular clues reveals a series of cut-scenes that push the story along; allowing you to invest yourself into the horror around you. However, despite its creepy environments, audio cues and jump-scares, it unfortunately loses much of what it is trying to achieve by focusing too much on the core gameplay; an element of the game that soon loses track of the story it is trying to tell. Unfortunately, this seems to be a product of trying to strike a balance for horror fans, as well as those who enjoy a good old point-and-click adventure. 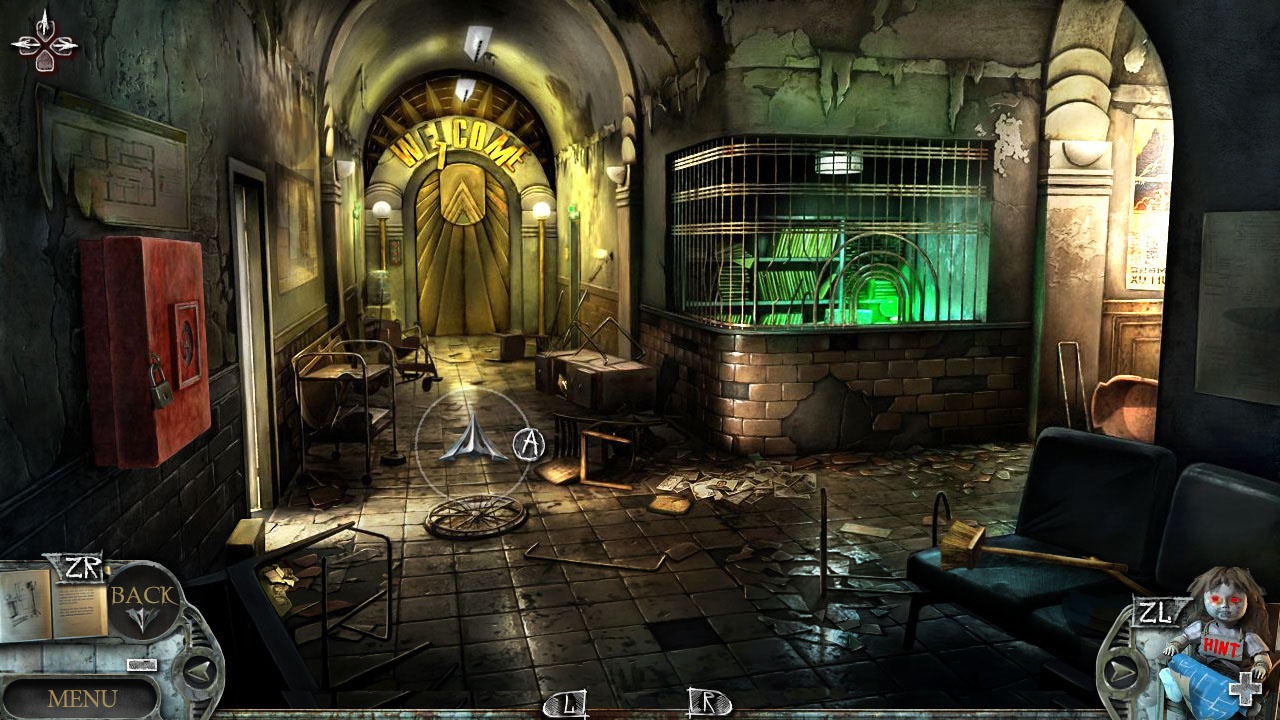 The elements of the game that involve finding clues, piecing together objects and unlocking the story run fairly well in their execution. There is nothing here that is too challenging or perplexing, with all of the solutions to all of the puzzles being reasonably logical to work out. However, should you find yourself stumped at any point, a handy clue system is in place to point you in the right direction. Depicted as a very creepy looking doll, this helpful hint ability recharges after every use, meaning it should only be something that is called upon when needed. After each hint given, the doll lowers it head and only recharges again as it slowly lifts its head back to stare at you with ominous red eyes. There are three difficulty levels within the game, but these mainly attribute themselves to the recharge times of the hint system.

Despite the smoothness in execution of piecing together the clues within the mansion, as well as the creepy environments in which you find yourself, there seems to be too much time invested in the constant finding of items and solving of puzzles. Unfortunately, this lends itself to losing some of the horror within the game, as you rarely feel as if you are in any danger or get a sense of any urgency behind what you are doing. Yes, there are certain jump scares, mainly faces that rush out at you, but I’m either immune to these types of scares, or they simply don’t achieve what they set out to do. For fans of point-and-click adventures, this may not necessarily be a bad things, but if you’re specifically looking for a fright-fest, then you may be sadly disappointed.

However, where this does title does excel in its horror levels, are its impressive and atmospheric cut-scenes. Although character modelling is decidedly ropey, the production levels of its story-telling elements are decidedly creepy; often on par with horror movies such as The Grudge or The Ring. These scenes set the story up well, as well as provide a sense of intrigue behind the mystery you are trying to unravel. It’s just a shame that these elements of the game are so few and far between. The game sets the pace perfectly when you begin to play, but once you get into the nitty-gritty of the gameplay, the excitement of what you about to take part in soon subsides with its focus leaning more on the puzzle elements of the game, rather than the horror. 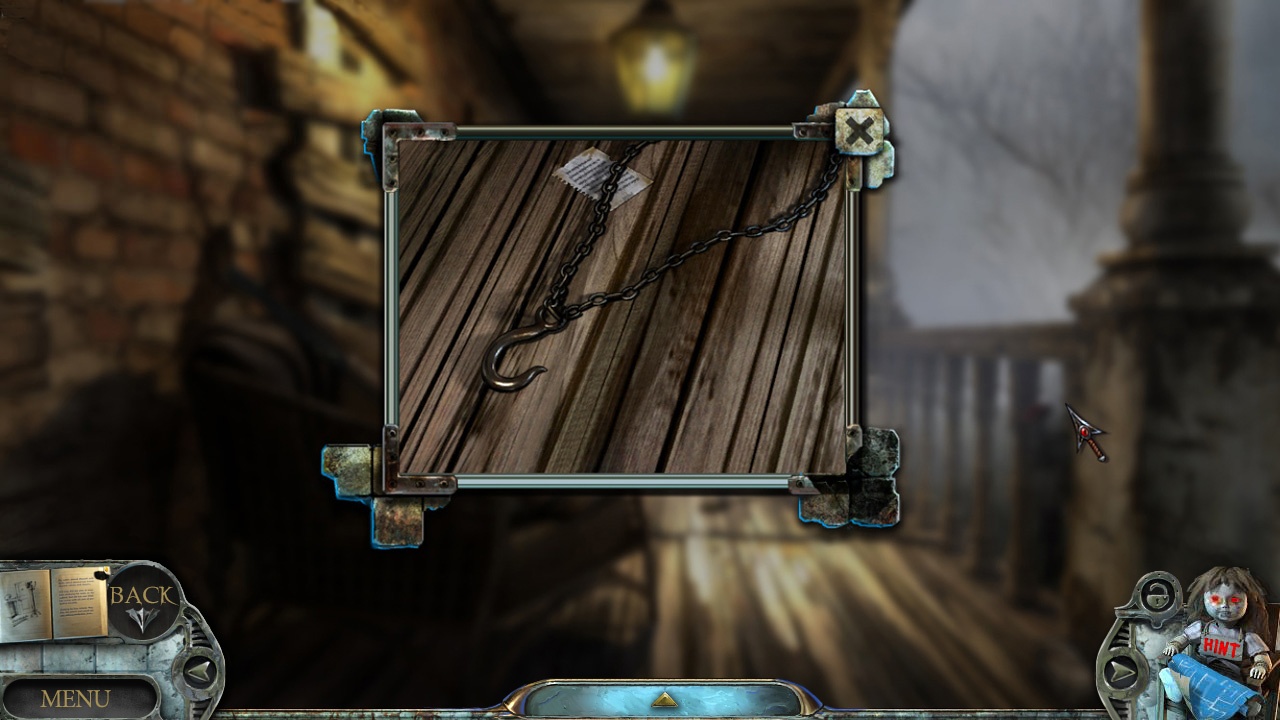 The majority of the game takes place within a series of stills that need to be explored in order to gain the correct items to push the story along. However, as with many games within its genre, I felt that there was too much back-tracking to previous rooms or environments in order to unlock a previously discovered puzzle. Although it is an element often associated with the genre, I couldn’t help but shake the feeling that I was going backwards, more than I was pushing the story forwards. The audio qualities of the game do provide a suspenseful atmosphere and not in a way that gives too much of the game away, such as when you approaching a particular scare jump.

With this Switch version of the game, you do have the ability to use conventional and touch-screen controls, which for the most part work effectively. However, when guiding the cursor around with the joy-cons, it does a feel a bit floaty; making it easy to miss objects that may be there with the degree of accuracy needed to interact. Saying that though, using the touch-screen does eliminate this problem. With the conventional control scheme, you guide the cursor with the left thumb-stick, confirm selection with the A button and utilise the hint system with the ZL button. You can also bring up Holly’s diary with the ZR button; allowing you see what rooms or objectives may remain, as well as offering a fast-travel style of play in traversing from room-to-room. Another feature that help eliminates the need of constant cursor movement, is the ability to traverse directional movement with the D-pad.

Overall, True Fear: Forsaken Souls Part 1 does offer a pretty solid experience, but only in terms of a point-and-click adventure. If you’re simply looking for scares, then there may not be enough here to warrant your attention; although the cut-scenes alone can help towards justifying a purchase. Despite being the first of a planned trilogy, there is a lot of content here that will keep you busy for a fair, few hours; plus there’s the added bonus of extra content including a bonus chapter that takes place within an asylum that haunts Holly’s dreams, a making of featurette, deleted content and a variety of wallpapers to view. There are also a number of achievements and collectible figurines that help promote a form longevity and replay value. All in all, this is a good example of its genre and despite not reaching its full potential of horror, is still a game that keeps you playing and invests you into its decidedly creepy environments.

A horror, point and click adventure that can’t decide if its one or the other.