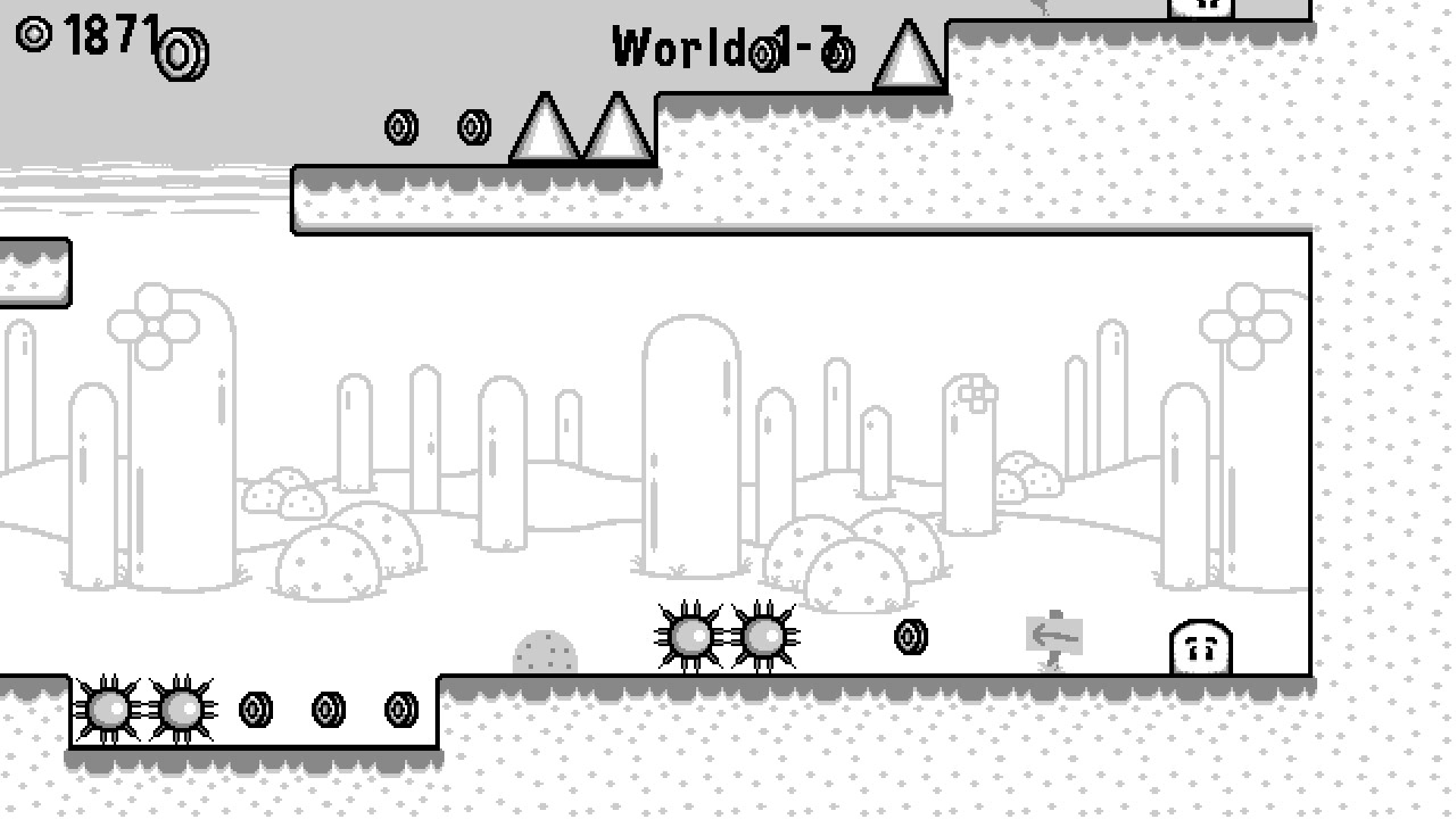 When Ratalaika Games release a title, I’m pretty confident that it’s going to be one with a very easy platinum, so I’m always interested to find out what kind of game is going to give me that easy trophy. This time around it’s Jack N’ Jill DX which has been developed, yes you read that right, Jack N’ Jill DX. It’s rare for a game to be based on the genre of nursery rhymes let alone a singular nursery rhyme i.e. Jack and Jill went up the hill. If you remember how the rhyme went, then you know that Jack and Jill went up the hill to fetch a pail of water, unfortunately for them it didn’t quite end as well as they had hoped, so lets see what Jack N’ Jill DX does with the story.

Jack n’ Jill DX is a very simple 2D platformer. You begin by choosing between Jack or Jill, then your thrown straight into it. Your character has the power of momentum, once you move, you don’t stop unless you hit an object which just reverses the direction your moving or you die. You can jump and double jump at the beginning, which is all you need for the beginning levels because they are very, very easy. The idea is that your character is meant to reach the other character which will then complete the level, then you can move on. There are seven worlds to contend with, which contain twenty stages each, so in this regard Jack N’ Jill DX has got a fair bit of longevity to it. 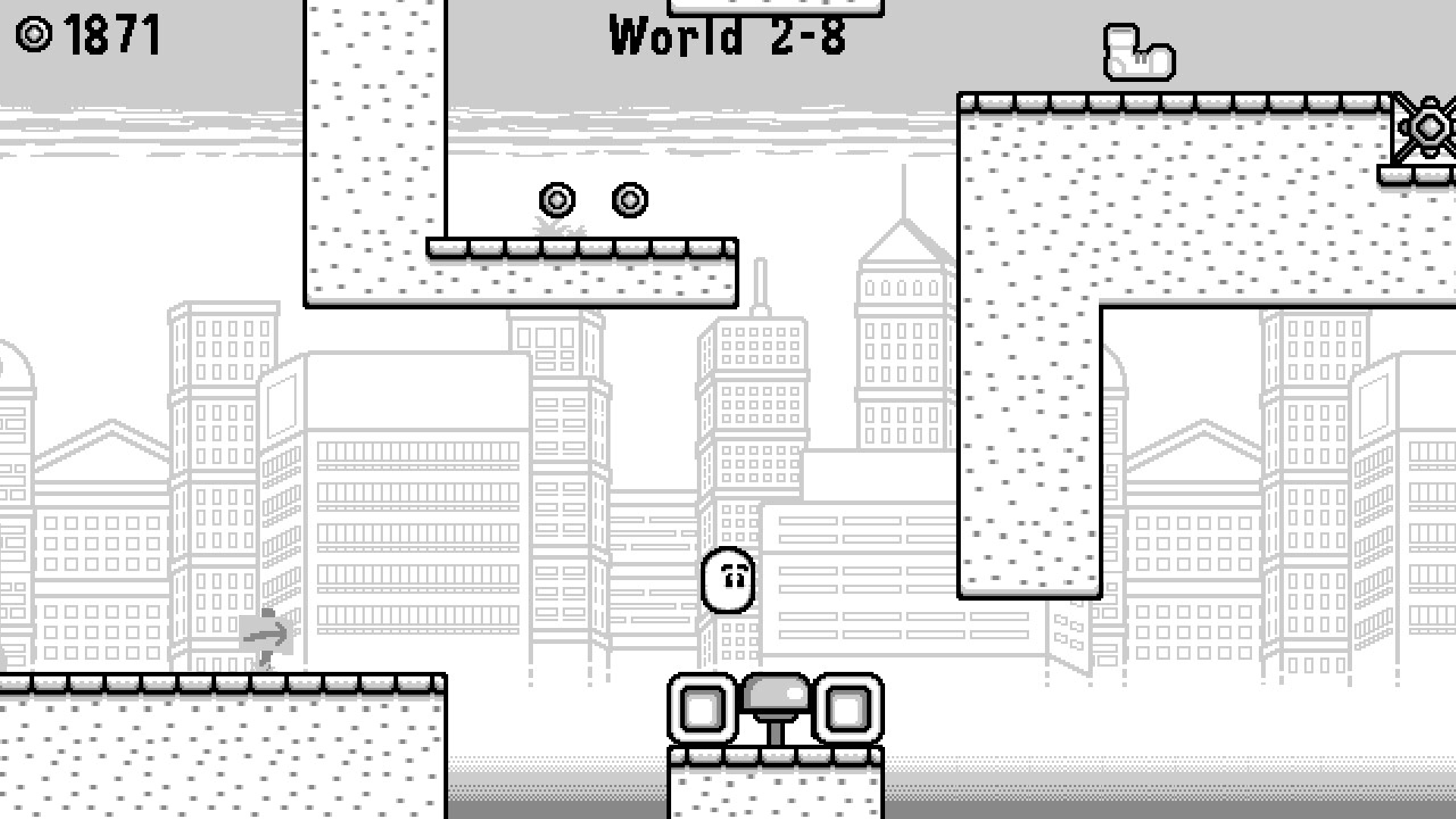 There are a lot of levels, but each one probably only takes a minute or two to complete. They gradually get harder as you progress as more enemies appear and more obstacles get in the way. There are power ups that give your character some additional abilities which are central to progressing through a level i.e. they are not there to just help, they are usually needed to get you through to the end. There’s a clever little mechanic where you can jump on an enemy to give you extra bounce, however if you mess the jump and hit them again then your likely to die, so this adds a little more strategy to Jack N’ Jill DX. After completing a world you open up some mini games, these are much more simplified levels that are there to help increase the amount of coins you have in stock. Did someone say Tickets? Yes, you read that correctly, those Tickets can be used to dress up your character with a variety of hats, although they have no noticeable effect on the gameplay.

You may have already seen the graphics of Jack N’ Jill DX, yep they are that simple looking, Jack N’ Jill DX wouldn’t look out-of-place on a GameBoy. The levels are basic at the beginning, but become more complicated as you proceed. The lack of colour doesn’t really detract from the Jack N’ Jill DX experience, as it has no effect on the way you play. Musically it sounds like it should be a GameBoy game, just the usual platformer spiel. The characters themselves follow the basic Jack N’ Jill DX look that is present throughout the game but that’s nothing to complain about. As with most platform games, Jack N’ Jill DX is quite addictive and definitely has that ‘play just one more time’ quality. Platinum wise all the trophies can be collected within an hour, you don’t even need to complete Jack N’ Jill DX. 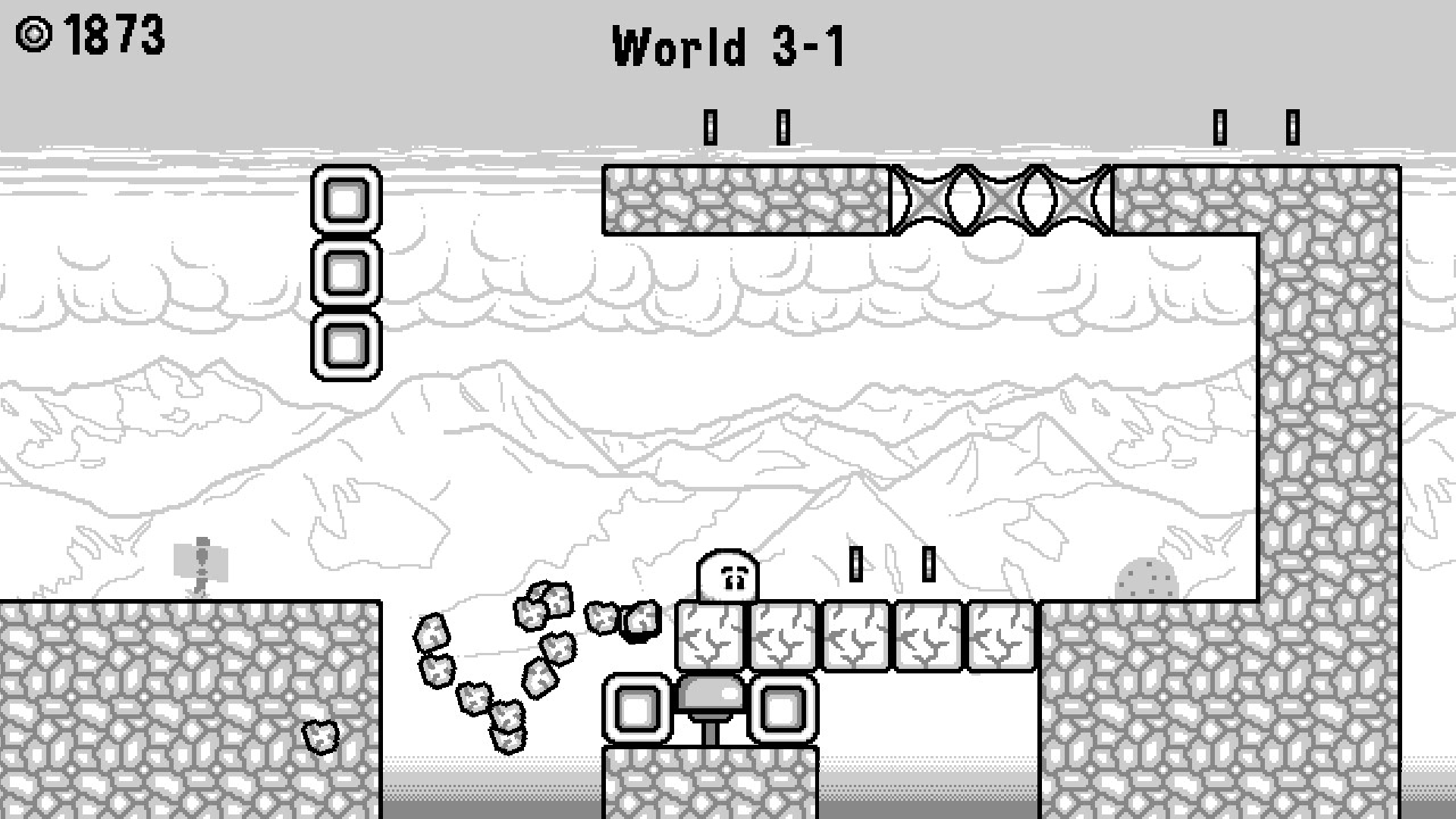 Jack N’ Jill DX is a very simple game with simple gameplay and basic graphics. It wouldn’t look out-of-place on the original Gameboy, but that doesn’t mean it’s not an enjoyable and addictive game. Unfortunately for Jack N’ Jill DX, it’s simplicity is also its greatest issue. You don’t do much besides pressing X to jump and navigate your way to the end of the level. At least each level ends in a happier note as Jack and Jill don’t fall down the hill but it doesn’t mean they should try to climb Everest.

Jack n’ Jill went up a hill, to fetch a pail of water. Jack fell down and broke his crown, And Jill came tumbling after with a new game.