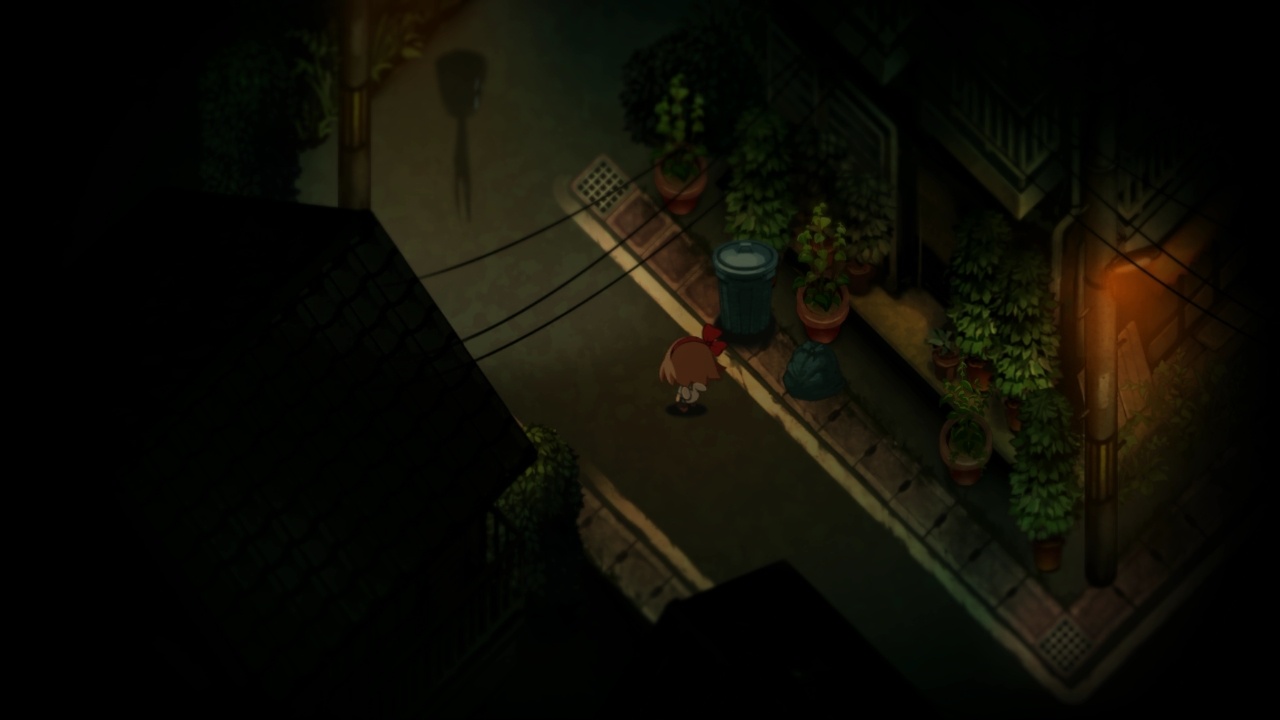 Can a video game be cute and terrifying? It’s an odd mix for sure, but one that proves bizarrely successful in Nippon Ichi Software’s adorably bleak, Yomawari: The Long Night Collection. By combining a charming anime aesthetic with rather disturbing Japanese supernatural monster design, both of the games in this collection manage to deliver genuinely tense gameplay despite its initially disarming visual style.

While much of that is down to the design of its monsters, spirits and ghouls, it’s ultimately the simplistic but extremely effective gameplay that makes both Midnight Shadows and Night Alone such tense gameplay experiences. While there is a slightly annoying insistence upon trial and error (especially in the more expansive but slightly more frustrating sequel, Midnight Shadows), the basic mechanics combined with varied monster design and the one touch kill approach to enemy encounters ensure that each and every run-in with Yomawari’s impressive collection of paranormal beasties is suitably stressful. Whether it be finding cover or managing your ever depleting stamina bar, Yomawari: The Long Night Collection does a great job of eliciting fear and panic from a game that isn’t as obviously scary from a purely aesthetic standpoint as an Amnesia, Resident Evil 7 or P.T. 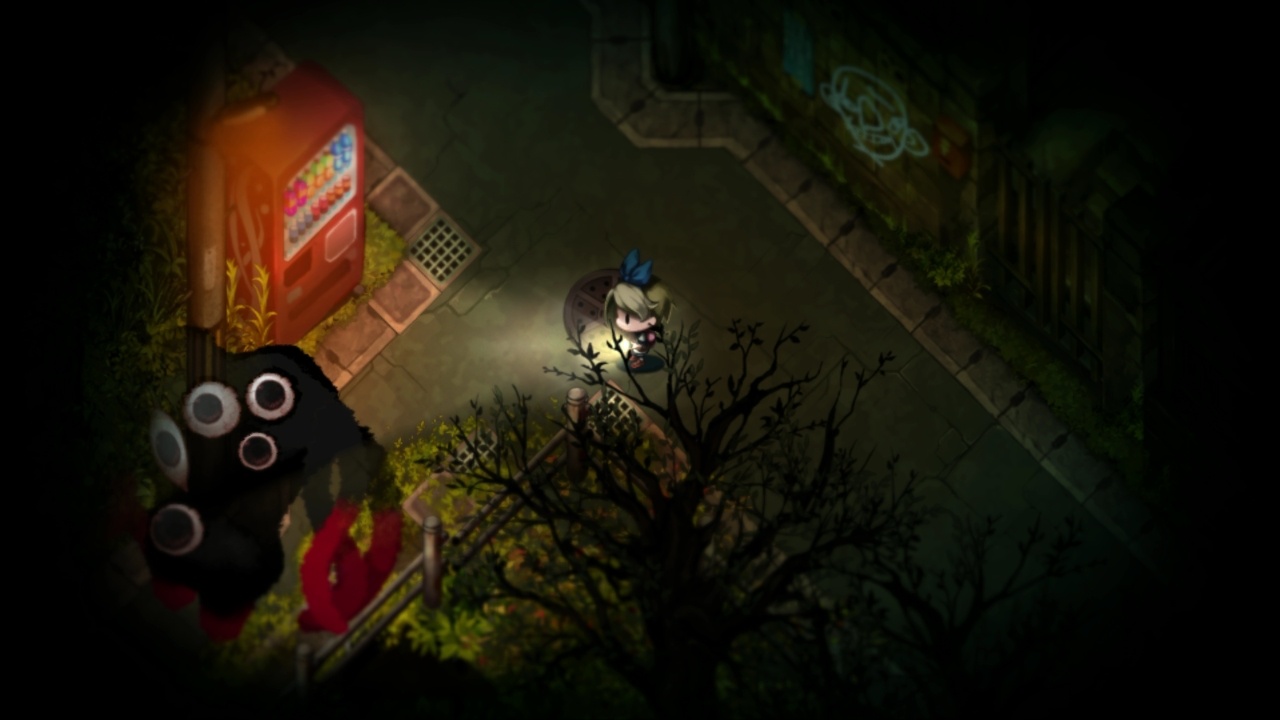 Whether it be limiting the use of your flashlight, keeping out of a spirits’ line of sight or having to move as quietly as possible, given the limited core mechanics, it’s impressive how varied the gameplay in The Long Night Collection can feel. As your heart begins to beat faster and faster (the first tell-tale sign of an incoming enemy), you’ll find yourself urgently diving for cover as you hope to get the first look at your wouldbe spirited assailant. At this point, knowing your enemy is a big part of making your way to safety or getting to an objective without being seen. Once you know the tricks to each ghost’ movements and weaknesses, each encounter becomes a matter of using their limitations and unique traits against them as you sneak around each games’ beautifully realised Japanese locales.

The problem is of course that, until you do figure out each monster’s weaknesses, both games will invariably include a fair bit of trial and error and more than its fair share of failure. Luckily, conveniently positioned and rather frequent save points in the form of Jizo Statues ensure that death, while obviously annoying, is rarely as frustrating as it could have otherwise been. It can still be annoying of course (especially when it happens again and again), but Nippon Ichi Software do a decent job of softening the blow via its carefully placed save points. 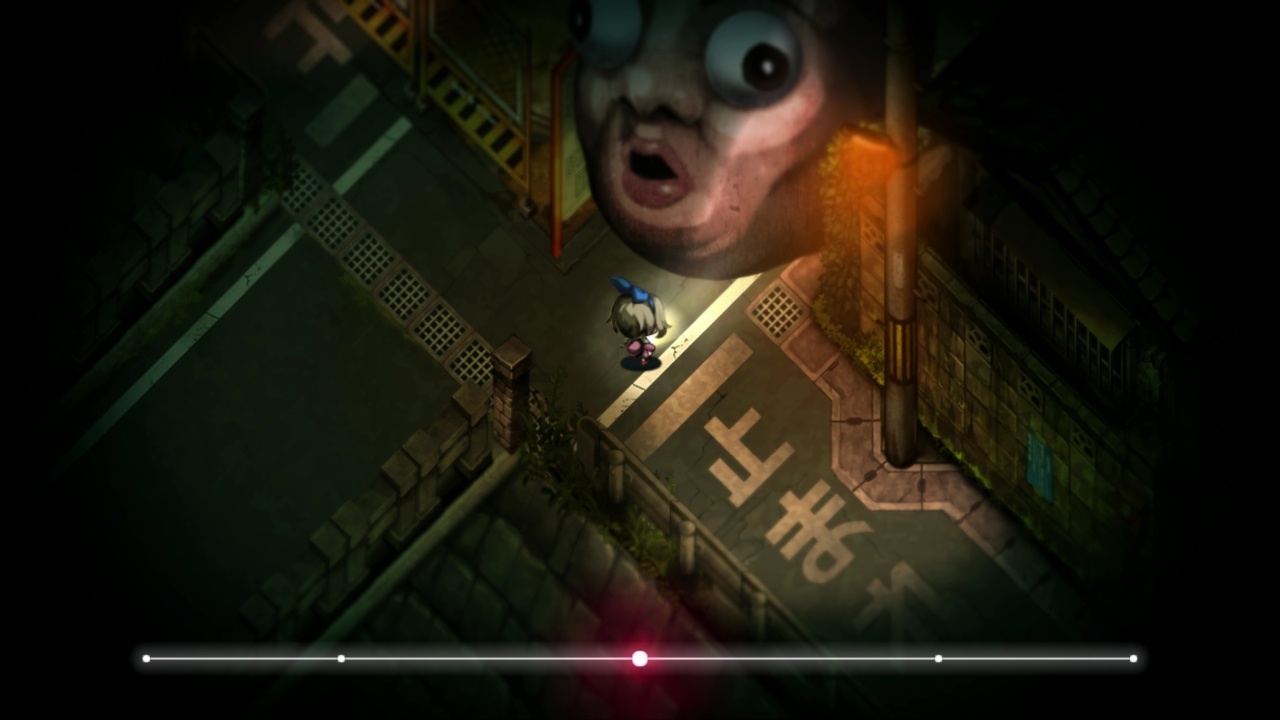 Other than these minor annoyance however, both game deliver surprisingly large and consistently enthralling game worlds to explore. Yes, Night Alone and Midnight Shadows are very similar both visually and thematically, but it’s hard to complain when each game is as enjoyable as they are here. Midnight Shadows does evolve a few of the core ideas established in Night Alone, but for the most part, the experiences, beyond a greater emphasis on enemy encounters in the follow-up, are largely the same. Heck, even the stories are similar. Both are played from the perspective of a young girl following a series of clues across a Japanese town shrouded in perpetual night as she attempts to find her sister / friend (depending on which game you happen to be playing). It can get a tad repetitive if you jump from one game directly in to the other, but as I see it, what you are getting is a package that offers plenty of content across two very similar but undoubtedly fantastic video games. A bit of thematic or even aesthetic evolution would have been nice, but judged upon their own merits, both games are great fun and look fantastic on the Nintendo Switch.

With its gorgeously untraditional horror aesthetic, Nippon Ichi Software’s visually unique, Yomawari: The Long Night Collection delivers one of the year’s most surprising horror experiences. The relatively cutesy anime design might not be the most obvious choice for a genre that often leans on realism for its scares, but thanks to its fantastically diverse selection of spirits and its brilliantly gloomy art design, both games deliver more than their fair share of shocks. Sure, the two games that make up the collection are incredibly similar, and the more ambitious sequel arguably courts frustration in the pursuit of a slightly more action packed experience (I actually prefer its more puzzle-based predecessor), but as a package, it’s hard to find much to fault in what proves to be a content rich and relentlessly tense horror experience.