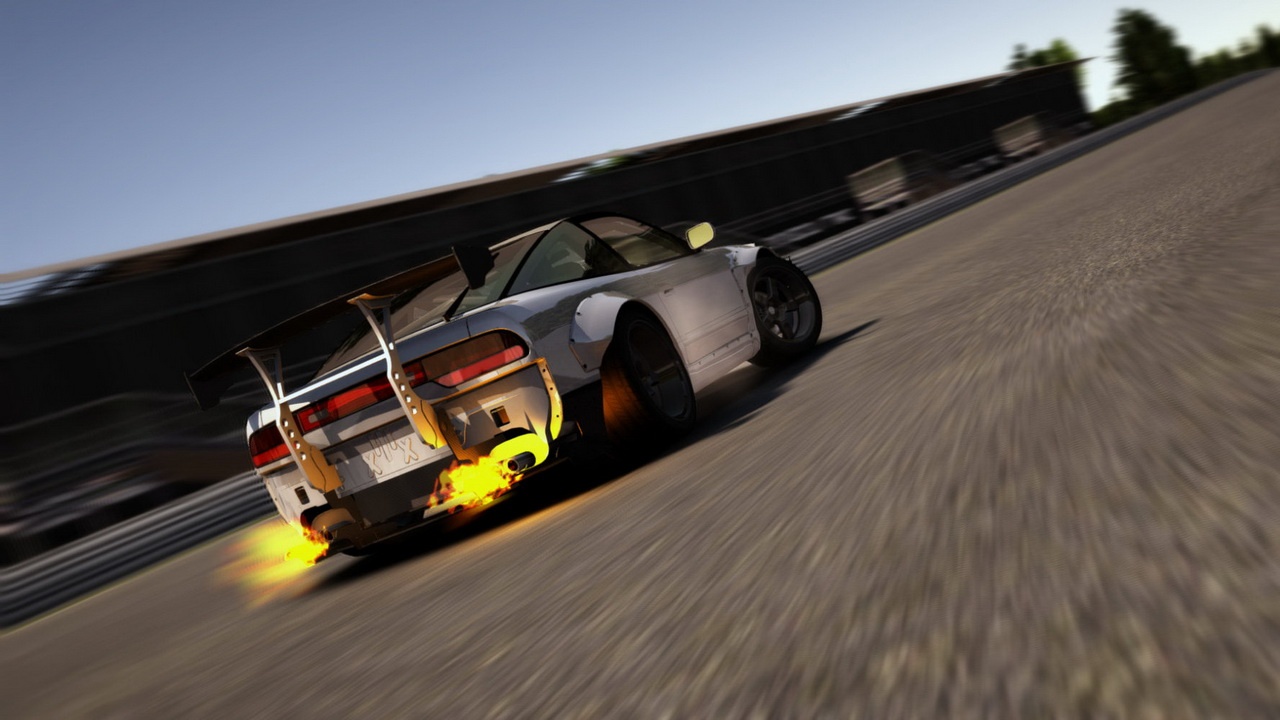 When it comes to racing games, or more specifically, driving games, there’s usually one element that determines your success in either gaining a podium place or securing a fastest time. You may be thinking it may your ability to accelerate and brake at the right time, or maintaining a race line that ensures that your cornering is expertly done, but in fact, in a lot of games, it comes down to your ability to drift around corners in a momentum of speed and a controlled skid. It can be a difficult skill to master, but fear not, as with Black Box Entertainment’s new title, Drift Legends, you can drift all you like as it skids a release onto the Nintendo Switch.

Originally released on mobile devices, as well as the PC receiving a port, this arcade style racer consists of a series of challenges that revolve around your ability to drift around a variety of race tracks. Your main objective here is to accrue a set-score through multipliers that is maintained through skilful drifting; either against the clock or within the constraints of a lap limit. There are a variety of game modes on offer here, from a practice mode that allows you to try out various cars on a selection of tracks to a fully-fledged career mode that limits you on car-specific challenge. There are also daily events that follow along the same lines as the career mode, but alternates its challenge each day.

As well as a number of play modes, you can also purchase and equip new cars from the car selection screen, as well as add your own personal touch with the option to fine-tune your car with colour schemes and body parts; although there’s no option here to tune your engine. One notable omission here though, is the lack of any multiplayer support; an element that was included in previous versions of the game. However, the developers are hoping to patch this in at a later date, although there are no guarantees at present of this being a successful implementation. 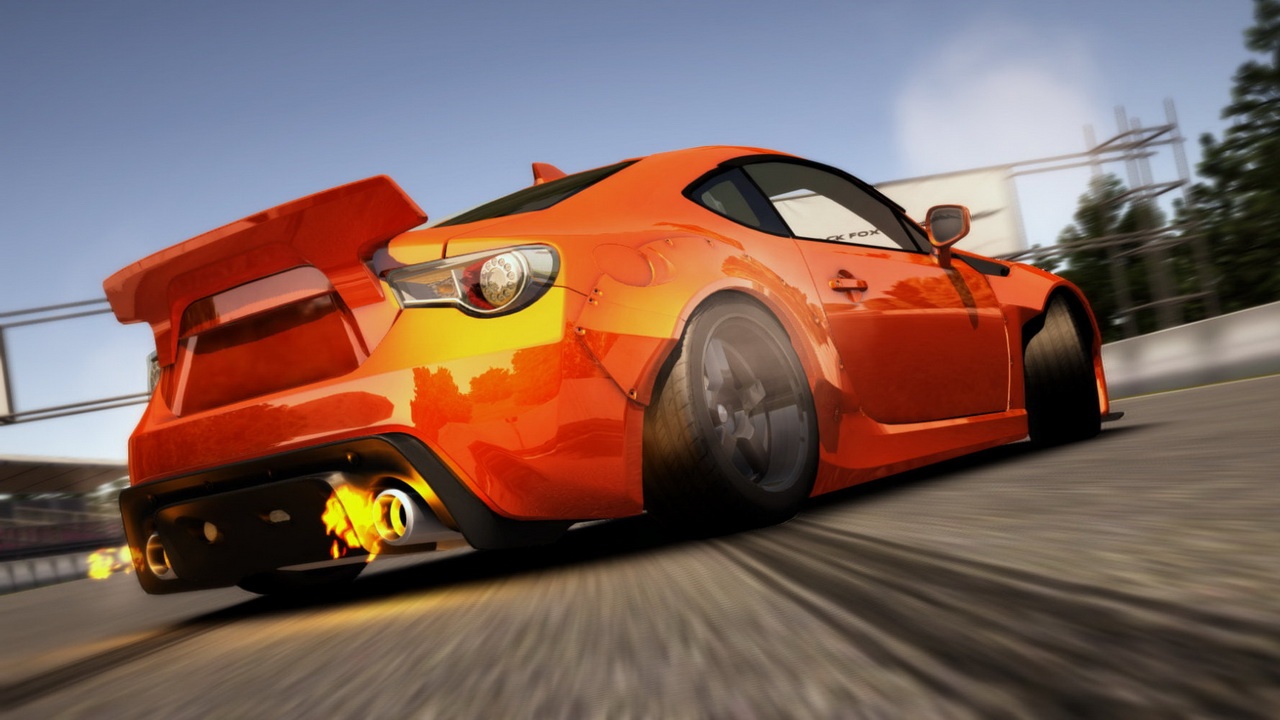 In terms of actual gameplay, the majority of your time will be spent within the career mode, as it’s here where the bulk of the game lies, both in terms of content and the ability to unlock and advance. The main premise here involves guiding your vehicle around set tracks in the pursuit of gaining a points score that enables you to advance to the next track. Set against a time trial style of play, or within a limit of laps available, you drive around the track, drifting at every opportunity to keep your multiplier fresh and accrue as many points as possible. There’s no racing here; at least in terms of what you may be expecting, as there are no other competitors on the track. It’s simply you, your car and the track ahead.

By fulfilling the necessary criteria for each track, you are then awarded a cash prize or an unlocked car, which you use to go towards purchasing new vehicles or gaining cars to use in future events. This becomes an important element of the gameplay, as certain tracks require specific elements in order to race them, such as American-only events or four-wheel drive only races. However, this soon leads to the need to grind, or replay previous races, as some of the vehicles can cost a lot of cash to buy and without the required vehicle needed to race, your advancement through the game soon becomes static. It’s not a mechanic that becomes obvious at first, as with the beginner levels of the career mode, the cash flow and cars needed don’t present too much of a problem. It’s only as you begin to advance into the latter stages of the game, that the cars outprice your rewards; making the repetitive nature of grinding a necessary one.

That’s the general premise of the game and the main core of its gameplay; drifting a series of cars around a selection of tracks. However, with the selection of cars available, each one handles differently, requiring a certain amount of dexterity when it comes to controlling these great four-cylinder beasts. The implementation of starting a drift is easily executed here, although the control and maintaining a smooth ride can be a fiddly experience. With time and patience, you can successfully slide and glide your way around the tracks, accruing some nice multipliers and high scores in the process. However, I felt it was never felt as smooth as it could have been; at least in terms of my experiences with other racing game, the drifting mechanic here seems rather rugged. 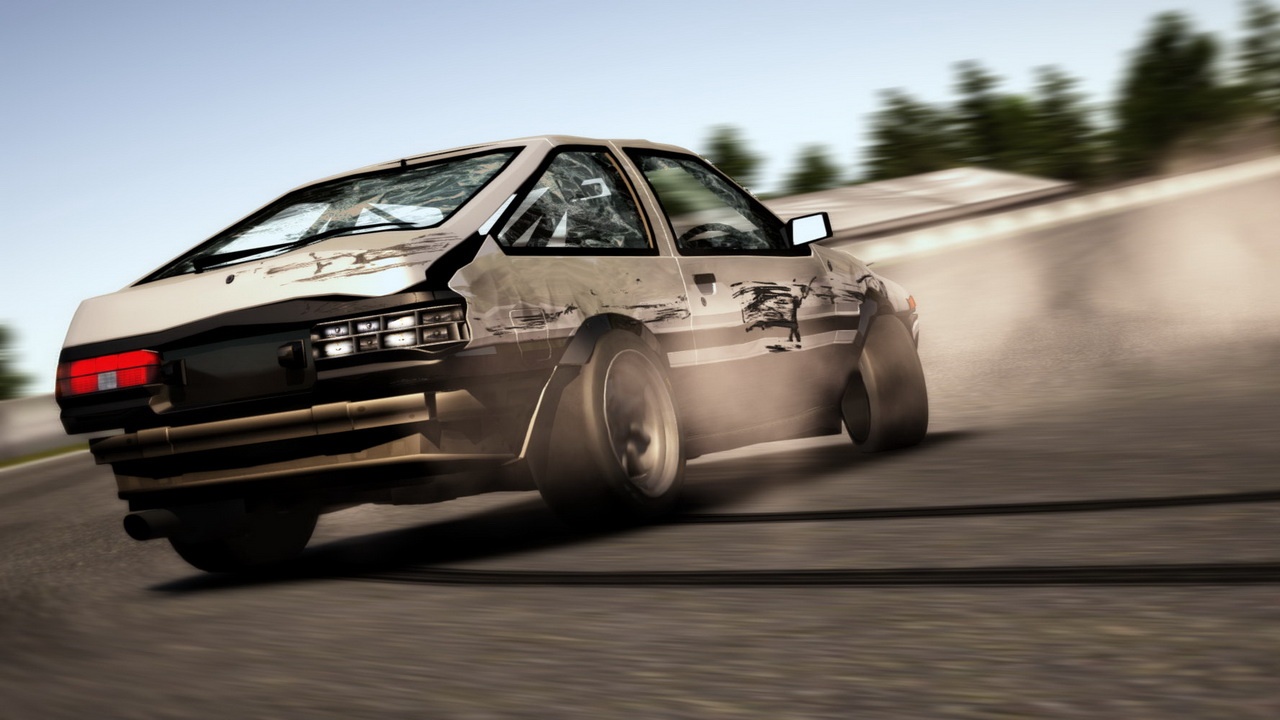 This may be attributed by the overall presentation of the game. Being originally a mobile game, it still contains a very mobile aesthetic. Everything is nicely detailed here. The scenery, the tracks and even the car models themselves, it just isn’t a particularly refined experience, although it is completely acceptable and at times, quite pleasing to the eye. In its audio qualities though, this is a game that soon had me reaching for my volume button; as well as my closest bucket. The engine sounds are particularly coarse here, but this is further hampered by a chalk-board scratching screech that emanates from each drift around the course’s corners. Again, this was a very coarse sound and far from being a refined, or pleasant experience.

However, this is a game that is priced at under a fiver. For a budget price, your essentially getting a budget game. Although that doesn’t necessarily mean that it’s a bad game. In fact, it’s far from it. For its pricing, you get an unbelievable amount of content here. Around forty different vehicles, all of which you are able to personalise, a good variety of practice tracks and career events and the inclusion of daily events promote a title that can entertain for hours on end. If you’re a particular fan of the drifting mechanics within a race game, then there is a lot to like here; just make sure your volume is turned down. The controls can take a while to get used too, especially with the joy-cons ability to either over-steer or be a bit heavy on the correction of your cars direction.

Overall though, Drift Legends does present a fun, little title. However, despite containing a wealth of options and content, the main core of the gameplay is a repetitive one, with its constant need to grind and lonesome racing. However, for its price, it does offer a decent game for those on a budget. There is some fun to be had with this game, even some excitement as you garner control and produce a smooth run around the track. The changing qualities of car handling also helps to keep things fresh, as you learn new mechanics for each of the cars on offer. If you’re looking for a cheap game that entertains, then you won’t go wrong with this title. However, if you’re looking for a fully-fledged racing experience, then you’re probably better off looking elsewhere.

Become a racing legend as you drift in the right direction.