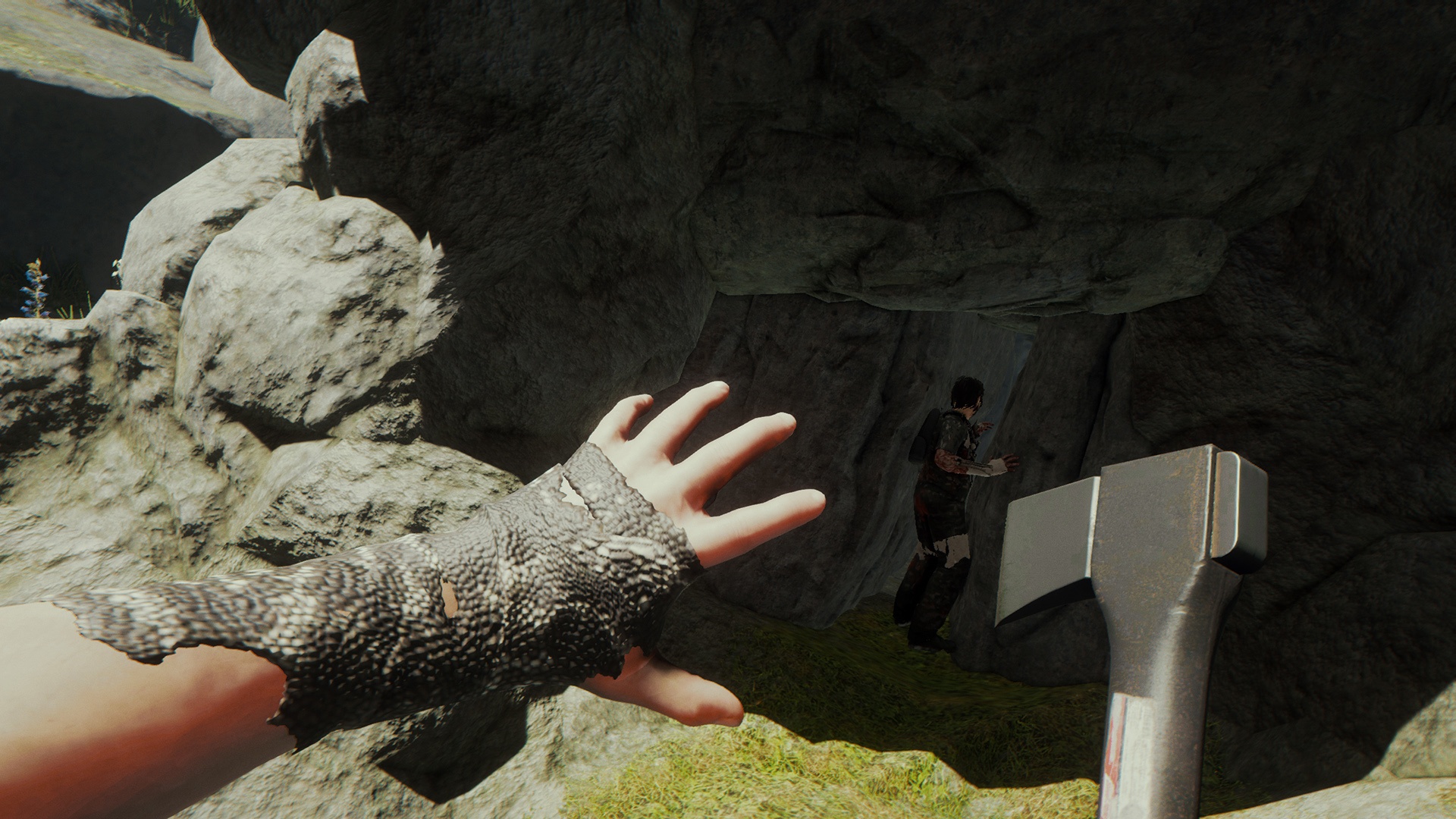 Survival games have fallen out of favor with PC gamers a long, long time ago. As each and every new release within that genre would be under-cooked, unfinished, and in a state which bordered somewhere between alpha and early access. And while many have opposed Steam’s Green Light initiative which was in a large part responsible for the surge of survival based cash grabs, Microsoft’s Xbox Marketplace did contribute to that phenomenon, as the store in question, just like steam, permitted sale of early access and alpha products. And survival games released on Microsoft’s platform usually were welcomed with an equally strong chorus of boos as their PC counterparts.

Microsoft’s early access console initiative was in large part a failure, as it did very little to encourage further development of otherwise PC only titles for Microsoft’s console. And many developers, who initially perceived the platform as beneficial and lucrative, have abandoned it completely in favor of the more conservative game development for Sony’s platform. Which according to the Japanese giant disallows sale of early access games, as only complete releases can find a home on PlayStation Store, complete releases such as Endnight Games’ survival horror RPG, The Forest.

The Forest has now been around for over five years, as it was first released through the above mentioned Steam Green Light initiative back in 2013. But unlike most games which followed the same path, The Forest has finally seen the light of day in its complete form in April of 2018 on PC, and in November of the same year on PlayStation 4. And while many have been skeptical about console version of the title, mainly because survival games on consoles tend to be unplayable, then I am more than happy to say that that’s not the case with The Forest. Because this particular title, unlike the vast majority of survival games, actually works, and it works quite well – if I may say so myself.

Just like Conan: Exiles, The Forest begins with you waking up naked in a foreign land. But where Conan was set in a world of fantasy, then The Forest is much more grounded as in its premise it is much closer to films such as Descent, rather than Conan. And this means that throughout the titular forest, you’ll find a plethora of items which you’re already familiar with, and this includes canned drinks, chocolate bars, batteries, flares, and much more. 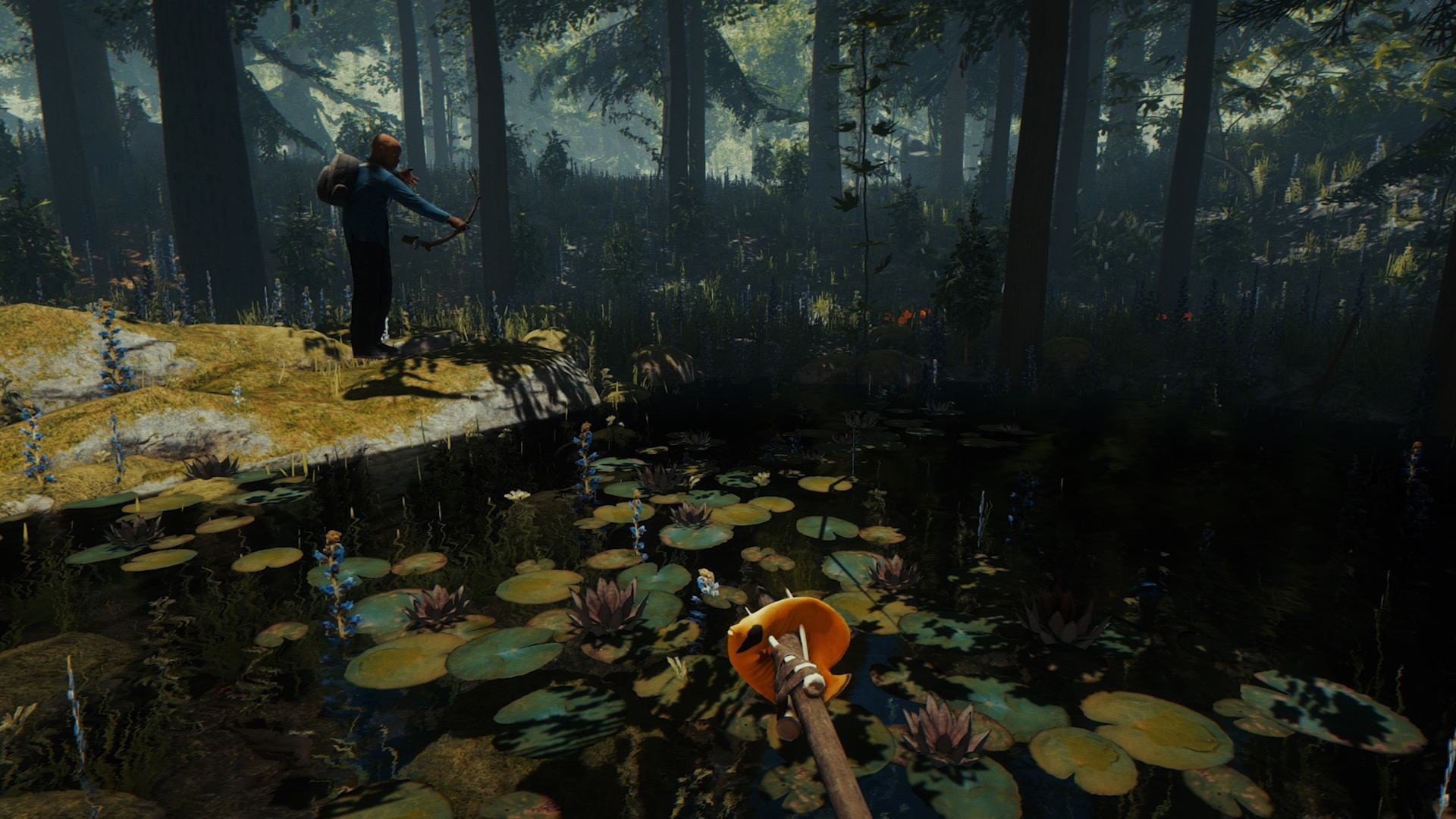 Having your game based around the modern times, but in a hostile and somewhat foreign setting, allowed the developer of the title, Endnight Games, to create a game which is much more approachable than both Ark and Conan: Exiles combined. And that’s because all of the in-game items will be familiar to you right of the get go, so you won’t have to spend hours trying to figure out how to create a cursed enchantment table, forsaken talisman, or some other needlessly vague item.

The Forest may be taking place on a fictional island run by cannibals. However, due to it being set within a modern setting, which is somewhat believable, even with the aforementioned cannibals, it is much more immersive than one would expect it to be. And that’s mostly because the survival and crafting elements do not break up the flow of the basic gameplay. Meaning that you never have to go off the beaten path just to find some strange item, as mentioned before. This also allows you to play the game based on your instincts, rather than in-game tutorials, meaning that you can freely explore the world, at your own pace, without being haunted by hints, tips, and other needless tricks.

Due to lack of any and all unnecessary distractions, The Forest is a fairly enjoyable title even at its devoid of any narrative core. And yes, The Forrest does feature a main narrative structure, as well as a handful of side-quests, but even the developer itself stresses that the tile at hand can be played in any way in which you desire, and that the main story which revolves around you saving your in-game son, is not the be all and end all of the game as a whole. But it has to be underlined that once you remove the narrative element from the game, it loses any semblance of urgency, and subsequently, you lose the need to play it.

When played in single-player, The Forest is a one playthrough title – unless you are a trophy hunter. And that’s mainly because once you complete the main narrative, there is not much for you to do within the world of The Forest, besides surviving. And sure, the single-player component can be replayed on higher difficulties, but the higher the difficulty scales, the more irritating the title becomes, as the character maintenance increases significantly with teach and every notch on the difficulty scale. 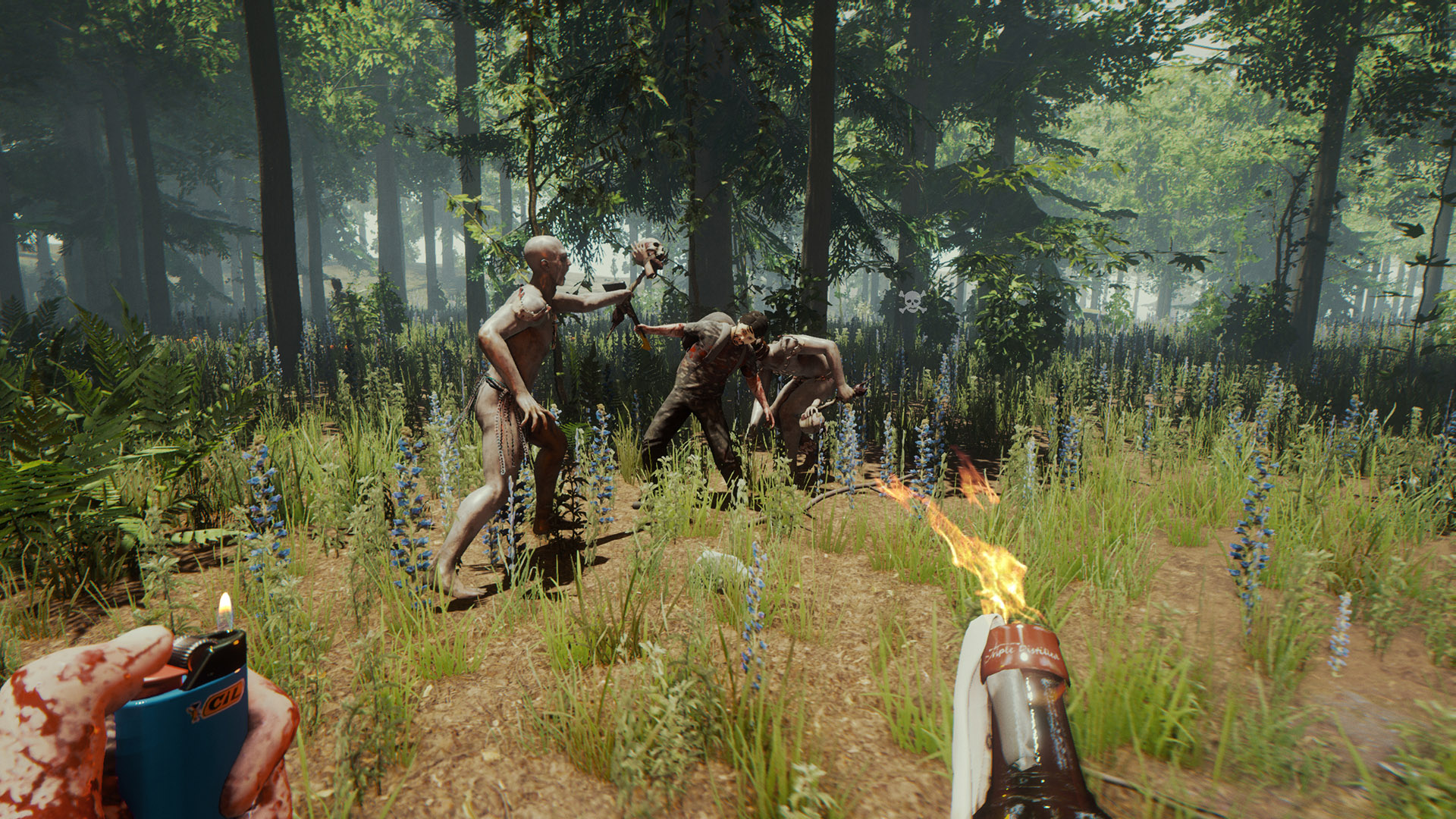 Singleplayer wise, The Forest is not an overly extensive game. However, its multiplayer component, which allows for cooperation for up to four players at a time, is where the title’s main appeal truly lies, as in multiplayer this game can be played ad infinitum. And you can either mess about with your friends on the island while hunting down cannibals; you can join publicly open games and be nuisance; or you ca simply do both, and be a nuisance to your friends while hunting them down. However, this can be said about each and every single survival game, so it would be dishonest to praise The Forest for this particular feature too much, as even the borderline broken ARK is fun when played in co-op.

As you already know, The Forest is a fairly good game, especially when it comes to the genre which it occupies. However, as good as it may be, it is unfortunately not flawless – and that’s to be expected. However, its flaws as common as they might be, are not as soul-destroying as those of ARK, as they mainly revolve around the character model clipping through objects, and parts of the environment. And as distracting as that might be, it ultimately does not take away from your enjoyment of the game. But what does take away from it, is the fact that The Forest likes to hitch-up every now and then, and while its frame-rate is mostly consistent, then it is not uncommon for The Forest to freeze completely for a second or two. And this, especially during combat, which in and of itself can be a little clunky, is incredibly frustrating.

To bring this review to an end, it is important to highlight that The Forest, at least in my opinion, is the most stable and reliable survival game on the platform. As it runs circles around most games of this genre, even the highly regarded The Long Dark, which to this day, is still borderline unplayable on consoles. And while even I was incredibly skeptical before having a chance to play The Forest, then I have to say that it is a surprisingly reliable title, which when played online, will provide you with hundreds of hours of high-end entertainment.

As far as survival games go, Endnight Games’ The Forest is one of the best on the market.