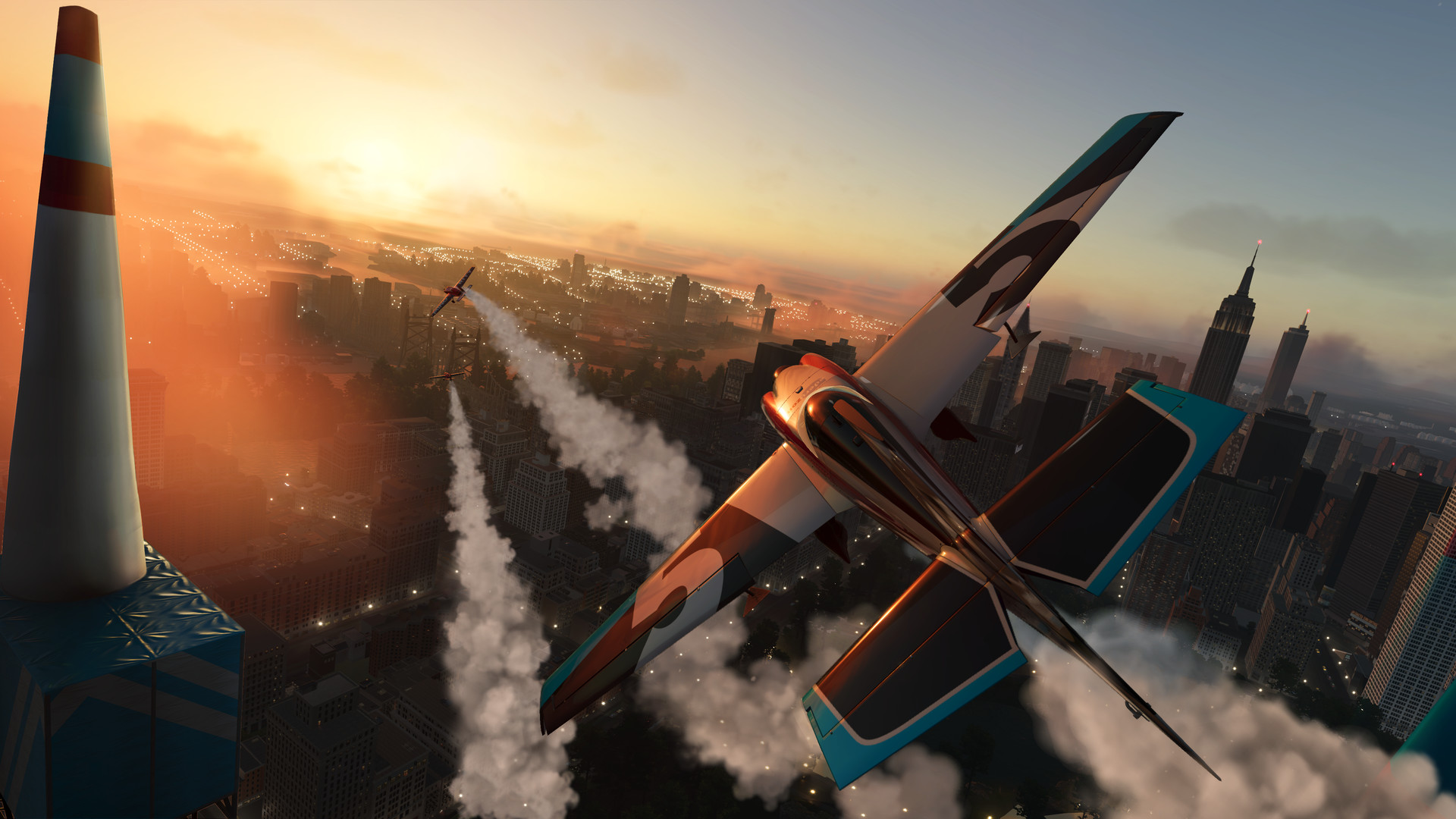 Ubisoft’s original The Crew, was meant to be the publisher’s big break into the racing genre. The French giant, prior to launch, had promised that the title in question would be bigger and better than anything that we’ve ever seen before, as ultimately, its playground was meant to feature the entirety of the United States of America. But as the launch crept closer, the mask had begun to slip, and with every coming day the title was looking more like a dud. But the retail version of the game had managed to surprise even the biggest skeptics, as it was shallow, grind-riddled mess, which was built with micro-transactions and not player satisfaction in mind. And when The Crew 2 was announced, nobody was even remotely interested in the title, as many were expecting it to be the same as the original.

Just like The Crew, its sequel promised to be bigger and better than any racing game before it. And this is true both in terms of scope and size, as the in-game environment is much more varied that the one of the original, and The Crew 2 has also added new vehicles in the form of touring cars, boats, planes, and even monster trucks. And while many have welcomed all those additions with open arms, then ultimately they all turned out to be not as great as many perhaps wanted them to be. As in-game, all on-road vehicles control virtually the same, planes are basically re-skins of one another, and seemingly only boats and other watercrafts feel unique,  as they all control differently from one category to another.

Each class within The Crew 2 also features a set of unique vehicles, and while there is an abundance of cars, jeeps, trucks, planes, and boats within the title, then during a single playthrough you are likely only going to be able to purchase one of each category. As all in-game cars and other crafts are incredibly pricey, and even the lowliest hot-hatch, will cost you well in excess of 100,000. But fret not, because just like in Assassin’s Creed: Odyssey, you can boost your progress by simply purchasing in-game items, with real, cold cash. And if you whip out your wallet, and decide to purchase top vehicles from each and every category, then you’ll beat The Crew 2 within a single evening, as you won’t have to grind for upgrade items, in order to match the power level of certain events. But if you don’t have any spare money lying around, or you are simply unwilling to fuel the publisher’s greed, then prepare yourself for merciless hours of unforgiving grinding. 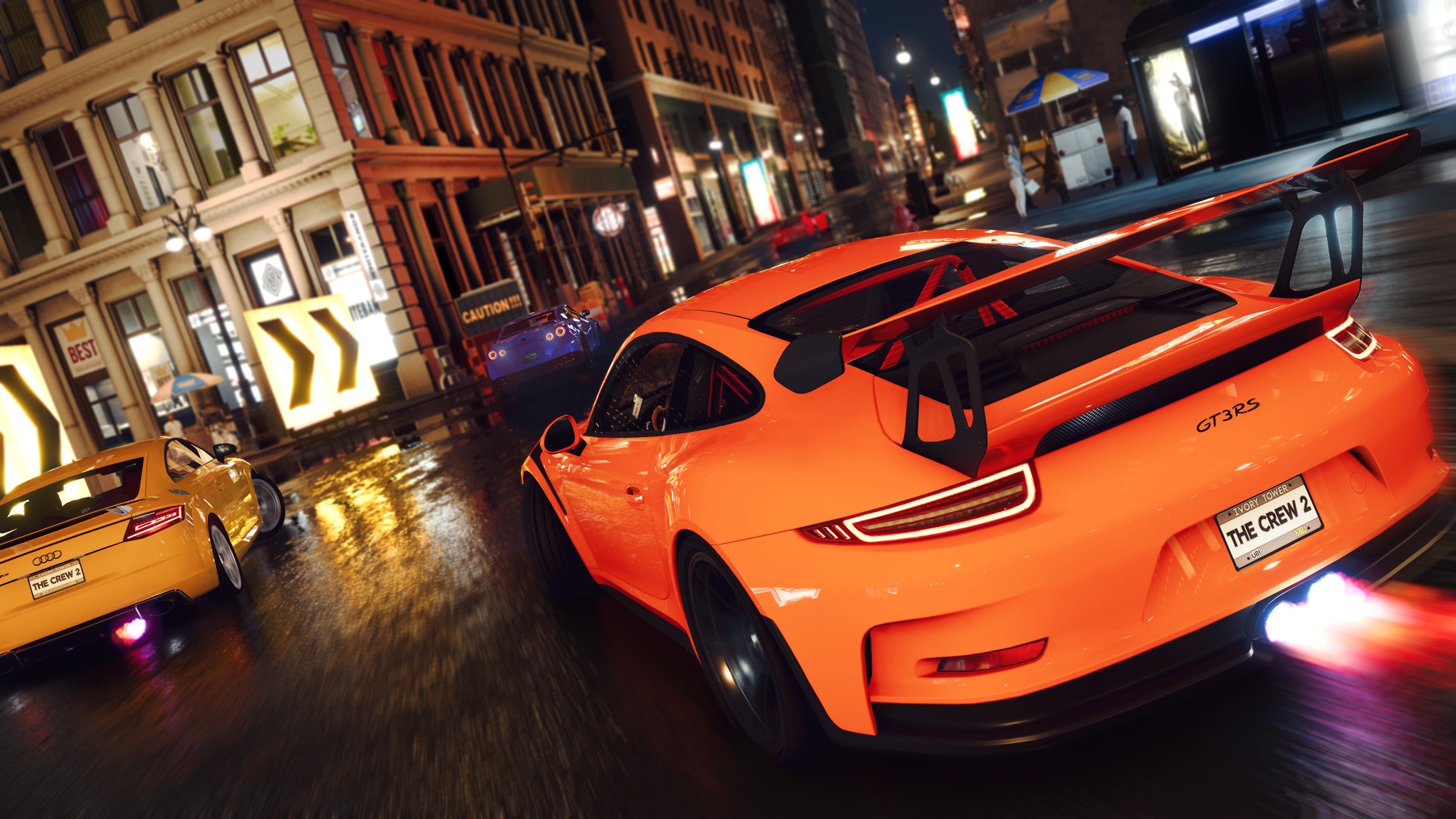 To beat all the mainline content of The Crew 2 you will need anywhere between 20 and 25 hours, as the game itself is quite long. But it is long, in the same way that Need for Speed: Payback was long, as it simply impedes your progress just to inconvenience you, and to extend the play time. As despite of its flashy, superficial content, The Crew 2 is an incredibly shallow game with no form, nor substance. And it is nothing more than a cheap and simple, borderline indie racer, with a somewhat flashy, AAA facade. And as flashy as it may be in some parts, then unfortunately it is not even up to standard, as visually, it is incredibly inconsistent, as its graphical performance varies from sleek and impressive cars, through blurry and ragged countrysides, to repulsive, PlayStation 2 era pedestrians.

Above, I have called The Crew 2 vehicles slick, and as impressive as they might be at the first sight, they are all ultimately years behind what we’ve seen in titles such as Gran Turismo: Sport, or Project Cars 2. And sure, those two titles are closed-circuit, whereas The Crew 2 is an open world game, but for it to only feature pre-rendered reflections, and lack of any advanced processing effects, is simply unacceptable. And what makes this worse is the fact that The Crew 2 is missing all those modern bells and whistles not because the developer was unable to implement them, but because the studio behind the title has simply cut corners throughout development. And unfortunately pre-rendered reflections are only a tip of this rather disgusting iceberg.

As mentioned before, all on-road vehicles control in exactly the same manner, and to make it worse, they also control in the exact same way on any type of terrain, and in any weather. Come rain, shine, or snow the handling of each and every in-game vehicle remains the same, as the studio behind the game has simply not implemented alternate mechanics for different types of weather. So, ultimately, factors such as snow and rain do nothing gameplay wise, and are simply nothing more than screen dressing. And imperfect one at that, as snow and rain appear to have an ability to materialize indoors, as every multi-story car park, abandoned building, and tunnel, tends to always have a fresh coating of either snow, or rain. 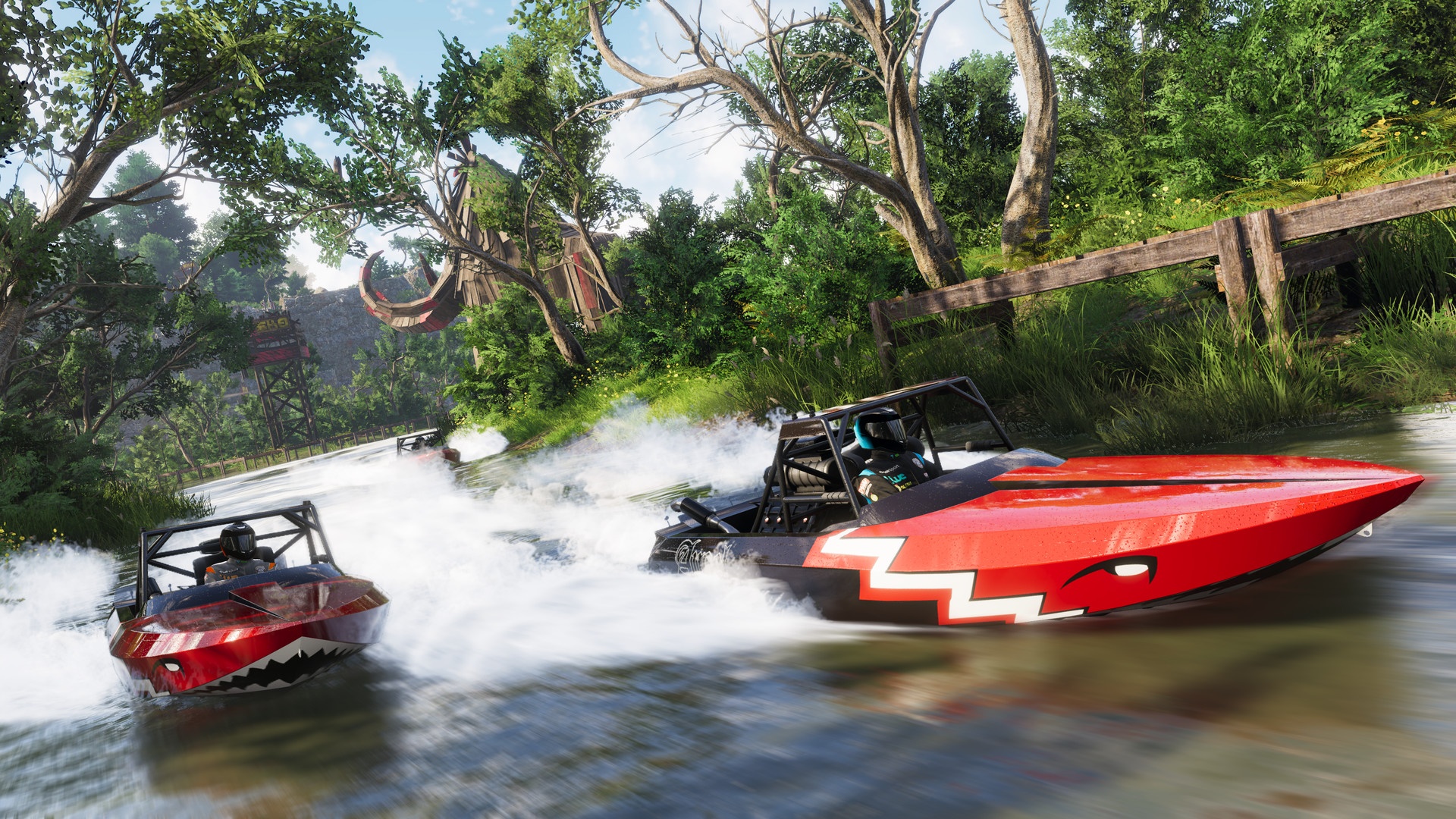 For the most part, The Crew 2 comes across an incredibly lazy and unambitious game. It is the perfect example of corporate game design, which simply follows a flowchart, which ultimately results in a dull and depressing experience. And The Crew 2 is even worse that the now infamous original Watchodgs, as unlike the 2015 open world action game, it lacks a multitude of basic features and mechanics. For one, the title’s collision system is nonexistent, as all in-game vehicles behave exactly as bumper cars. And even when you happen to get into a head on collision with an NPC, which is difficult as The Crew 2’s streets are for the most part empty, both vehicles simply come to a full stop, and the screen turns gray. There are no elaborate animations like in the Burnout series, there are no special effects, there is simply nothing – a blank screen.

I was really hoping that The Crew 2 will redeem the series, in the same way that Assassin’s Creed 2 has redeemed the rather pathetic original. But in the end, it was not meant to be, as ultimately The Crew 2 is even worse than its predecessor, as it lacks any coherent narrative for you to invest yourself in. Sure, there is some poor excuse of a story implemented into the game, but it is just as shallow and incomplete as the rest of it. And at the end of the day, The Crew 2 is simply Ubisoft’s yet another failed attempt at trying to take over the racing genre, which due to its obnoxious approach, will still be under the rule of AA developers for the years to come.

The Crew 2 is even worse than its predecessor, as it lacks any coherent narrative for you to invest yourself in.