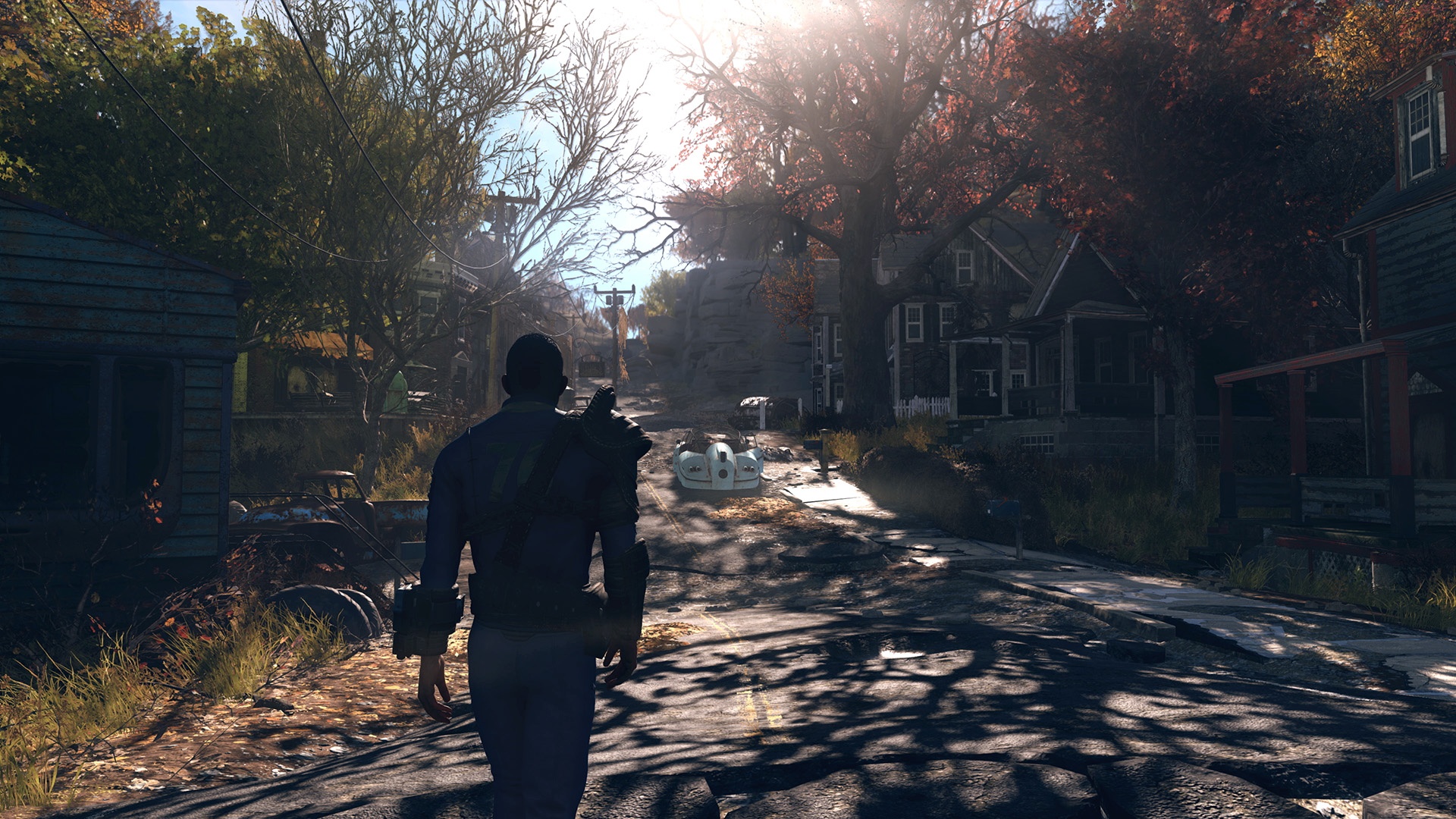 I’ve never understood why Bethesda always got a free pass. Every time they release a game, it’s filled with bugs and glitches, but fans, well, they’re convinced that they’re fun. What about the horrendous animations and cardboard characters though? Ok, nobody seems to care. The interface though – surely that drives you up the wall? You’re ok with it? Fair enough. I’ve always appreciated the scale and ambition of Bethesda’s Elder Scrolls and Fallout series, but despite my best efforts (I really have tried to like these games), I’ve always been unable to see past the clunkiness that underpins just about every aspect of their design.

Honestly, I must have started Skyrim, Oblivion and Fallout 4, what, 4 or 5 times each? I love the concept of these games, I love the aesthetic, but every time I come back, I find myself fighting with the technical deficiencies upon which the worlds are built and the genuinely horrendous design choices that make basic actions a complete chore. Other games (I’m thinking Assassin’s Creed Unity) have been thrown under the bus for their perceived technical faults, but not Bethesda games – not until now anyway. Oh, how the tide has turned on this one. Perhaps it’s because it’s not the traditional Fallout experience that fans love so much, or perhaps….perhaps that Fallout 76 somehow has even more bugs and technical problems than usual.

Seriously, this game is a mess. I like to remain as positive as possible when it comes to my reviews, but man, Bethesda haven’t made it easy. I actually like many of the systems built in to the game, and when it works, Fallout 76 can be a huge amount of fun, but to get there, not only does everything need to come together perfectly (it rarely does), but you’ll also need to wilfully ignore and overlook the multitude of technical issues that are prevalent in just about every aspect of the games’ design. 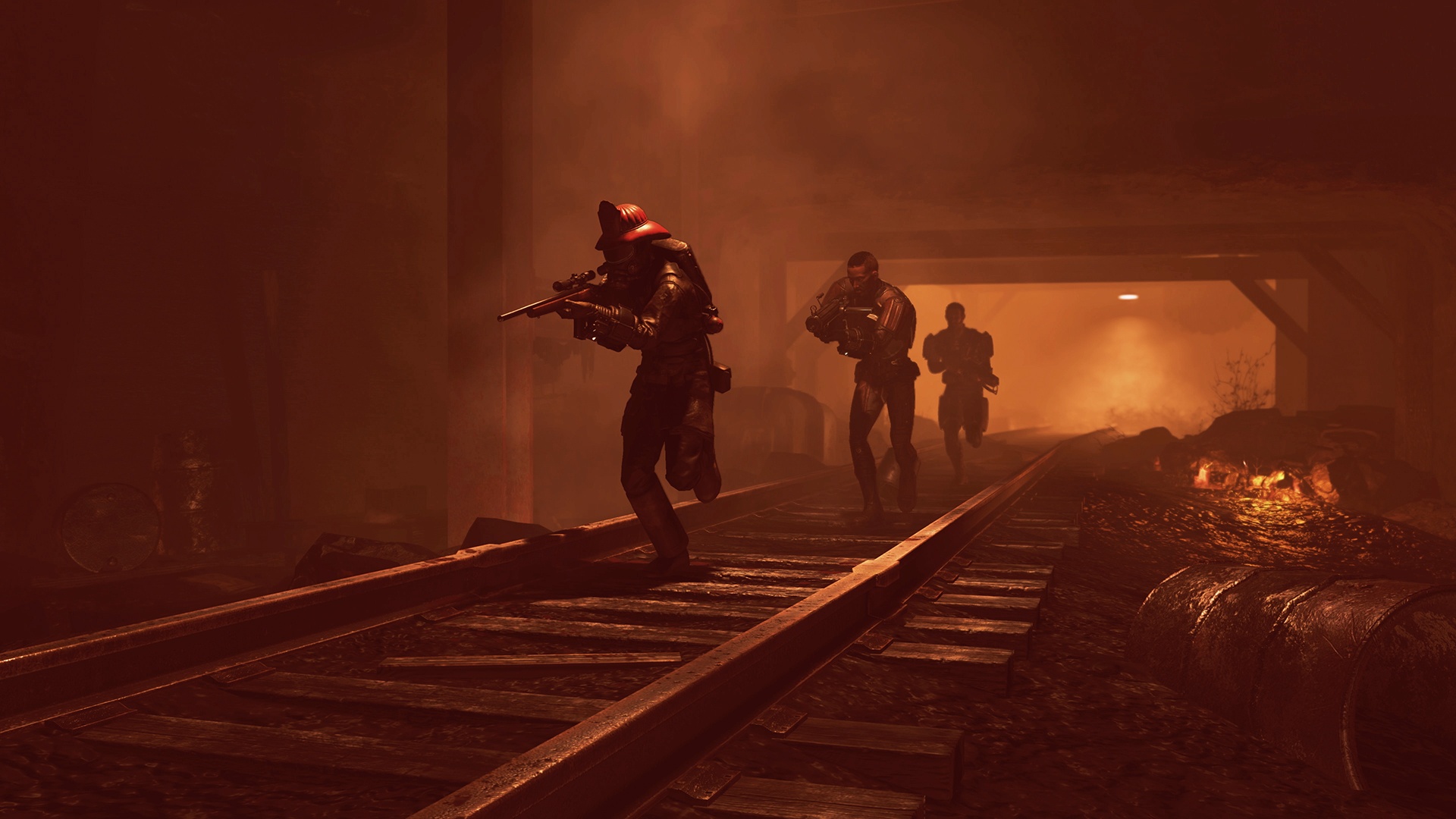 This all sounds terribly negative at this point because, well, it is, but underneath the technical mess, the often cumbersome UI, occasionally horrible visuals (more on that later), and the now predictably awful character animations, lies a surprisingly enjoyable, if somewhat awkwardly fashioned online multiplayer adventure. Many hardcore Fallout fans are understandably disappointed in the direction that Fallout 76 has gone, but as somebody with no real attachment to the series, I for one found it all rather fun.

At its best, with 3 friends in tow and a solid connection behind you, Fallout 76 can be a riot. Whether it be a public event, CAMP building, taking down huge enemies or simply wandering the West Virginian wasteland, playing with friends and sharing XP and resources can be hugely rewarding. Yes, the systems behind the experience can make things much harder than they really should, but if you’re willing to stick with it, Fallout 76 will deliver a huge amount of content and an absolutely massive game world for you and your friends to explore.

It’s not as enjoyable on your own of course, but even here, with the right mind set and a willingness to make the most of its survival-based systems, Fallout 76 can still be plenty of fun for solo gamers. The world can feel a little empty and the choice to have no ‘real’ characters outside of other players online was definitely a poor one, but as long as you don’t go in expecting a traditional Fallout experience and embrace the kind of survival-lite gameplay delivered, then Fallout 76 can be a lot more enjoyable than many would have you believe.

Part of that comes from the games’ scope which, at 4 times bigger than Fallout 4, is an absolute beast. If nothing else, Fallout 76 is impressively vast with absolutely tons of content to uncover for those who commit to its impressive but uneven world. Trying to survive on your own can be a bit of a chore sometimes, but again, if you approach it as a survival experience rather than a narrative-driven adventure, then there is certainly plenty of gameplay to get your teeth into. The obtuse and often confounding design choices that have been made by Bethesda will invariably push many players away from its world, but some will find joy in the games’ array of bizarre idiosyncrasies.

The thing is, those ‘idiosyncrasies’ can be tough to handle – especially when they are having a detrimental effect on the core gameplay experience. Missing direct hits via V.A.T.S.’ probability system is fair enough, but when manual aiming is as consistent as it is here, it becomes much harder to overlook. While I can appreciate the damage taken varying from hit to hit, shooting an enemy square between the eyes only for no damage to be taken is absolutely infuriating. The melee is a little more consistent, but it still feels painfully cumbersome and decidedly old fashioned. 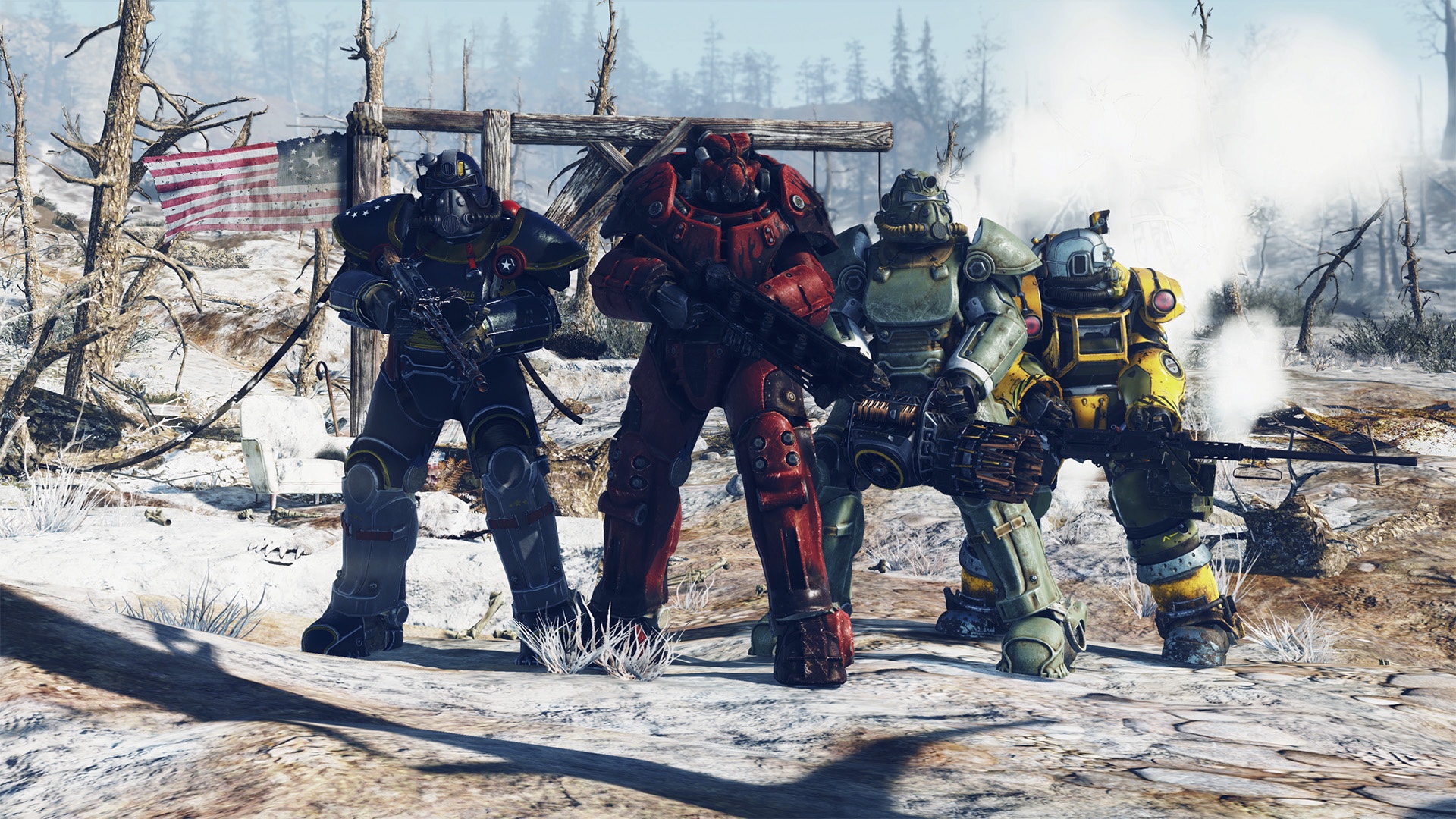 From a visual perspective, like much of the experience, Fallout 76 is all over the place. West Virginia itself is absolutely gorgeous. It’s more varied than previous Fallout games and is certainly easier on the eyes. Despite its reputation, Fallout 76 can be a genuinely beautiful game to look at. Problem is, it can also be a genuinely ugly one too. In the same month that the truly cutting edge Red Dead Redemption 2 was released, Fallout 76 often looks positively archaic by comparison. I’ve already mentioned the animations and character models, but when they combine with some questionably created interiors and a dipping frame rate, Fallout 76 can soon become rather unsightly. The fact of the matter is, despite its moments of artistic beauty, the Fallout engine really needs putting out to pasture. It’s a last gen engine trying to run a current gen video game, and man, does it show.

It’s the same story with the UI – the familiarity will be welcoming to fans of the series with all of the visual and audio cues that one would expect from a Fallout game. Sadly, it also comes with all of the cumbersome design choices that have blighted Fallout’s UI for years. The Pip-Boy might be aesthetically pleasing and some might say, even iconic, but as it stands, it’s an absolute nightmare to use with the core systems from Fallout 4 taken over en-masse and forced to work in what is a fundamentally very different experience from the core Fallout games. The thing is, the Pip-Boy was a disaster in Fallout 4, and despite a few positive changes, remains just as bad (if not worse) here. Whether it be organising your items, or God forbid, trying to pick a side-mission from the hundreds that soon become available, just about everything in Fallout 76 feels more complicated than it should.

Fallout 76 has a ton of technical problems and an array of systems that fail to straddle the line between traditional Fallout gameplay and the survival-lite experience that’s at the core of Fallout 76. Many will be unable to forgive the technical deficiencies while many fans of the series will be unable to look past the awkward move towards co-op gameplay and a greatly reduced narrative, but despite its many faults, there is something about Fallout 76 that remains oddly compelling. At its best, when exploring with friends, crafting items and scavenging for new gear and supplies, Fallout 76 can be a genuinely enjoyable experience and a solid introduction to the survival sub-genre. The problems are more glaring when played solo, but even here, there is fun to be had for those willing to overlook the games’ shortcomings. I suspect that, after a multitude of patches and plenty of refinements, Fallout 76 might well become something resembling a genuinely good video game, but as it stands, Bethesda’s latest is ultimately let-down by its muddled design ethos, it’s array of poor design choices, and above all else, it’s mountain of technical deficiencies. Bethesda have always had a bit of a free pass when it comes to bugs and glitches in their games, but this time, it appears they have gone too far.

REVIEW CODE: A complimentary Sony Microsoft Xbox One code was provided to Bonus Stage for this review. Please send all review code enquiries to press@4gn.co.uk.

At its best, when exploring with friends, crafting items and scavenging for new gear and supplies, Fallout 76 can be a genuinely enjoyable experience and a solid introduction to the survival sub-genre.