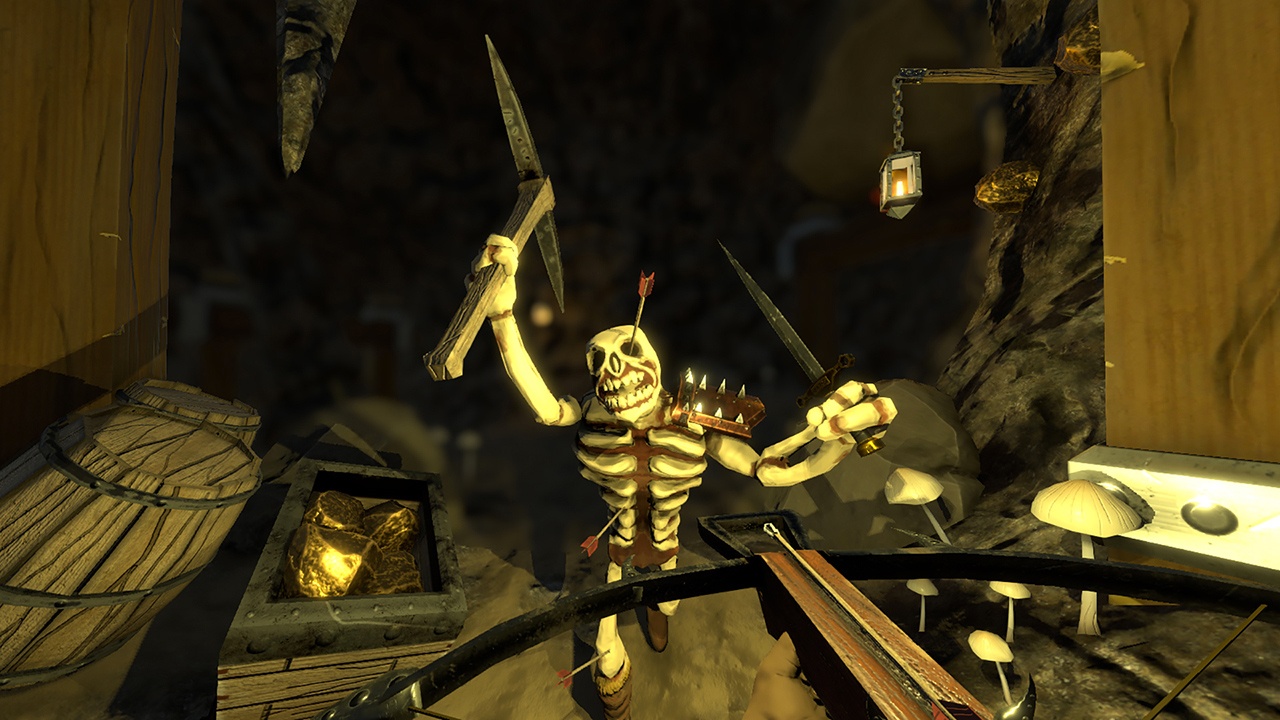 Roguelites! You either love ‘em or you hate ‘em. For me, their success largely relies on the mechanics held within. I don’t mind perma-death and actually like procedurally-generated content. However, lose all your experience or loot and the premise of a roguelite soon becomes a frustration. Of course, I get the whole challenge thing, but I always find progress is much more satisfying as you watch your character grow and start from scratch with the collected experience you may have gained thus far. So, how does Merge Games’ new title for the Switch fare in this premise of yet another roguelite to see a release on Nintendo’s hybrid machine.

Crimson Keep is an action RPG that follows within the concept of a roguelite. It’s procedurally generated dungeons provide a fresh adventure with each playthrough, randomly presenting labyrinths, monsters and loot; an element of the game that builds on the challenge of a perma-death routine, meaning you need to thoroughly explore and garner as much loot as possible to give you the best chance of survival. From a first-person perspective, you view only your hands, much like in a similar style that can be found in most VR games, as you traverse the environments of Crimson Keep; a sunken castle that lies beneath the destroyed villages of Larkstead.

The game starts you off with a choice of three character classes. The berserker is your standard melee warrior. The witch’s strengths lie in the power of elemental magic and the drifter, who is an ill-equipped wanderer that has stumbled upon the depths of the dungeons. Each one of the classes on offer differ invariably from each other; each one hosting a range of weapons and techniques that requires a different style of play and in some ways, present a form of difficulty level. From here, you fall into the confines of the keep, exploring it’s cavernous passages, breaking barrels and boxes in order to collect loot and killing monsters to gain XP. This soon becomes an important element in the need to survive. 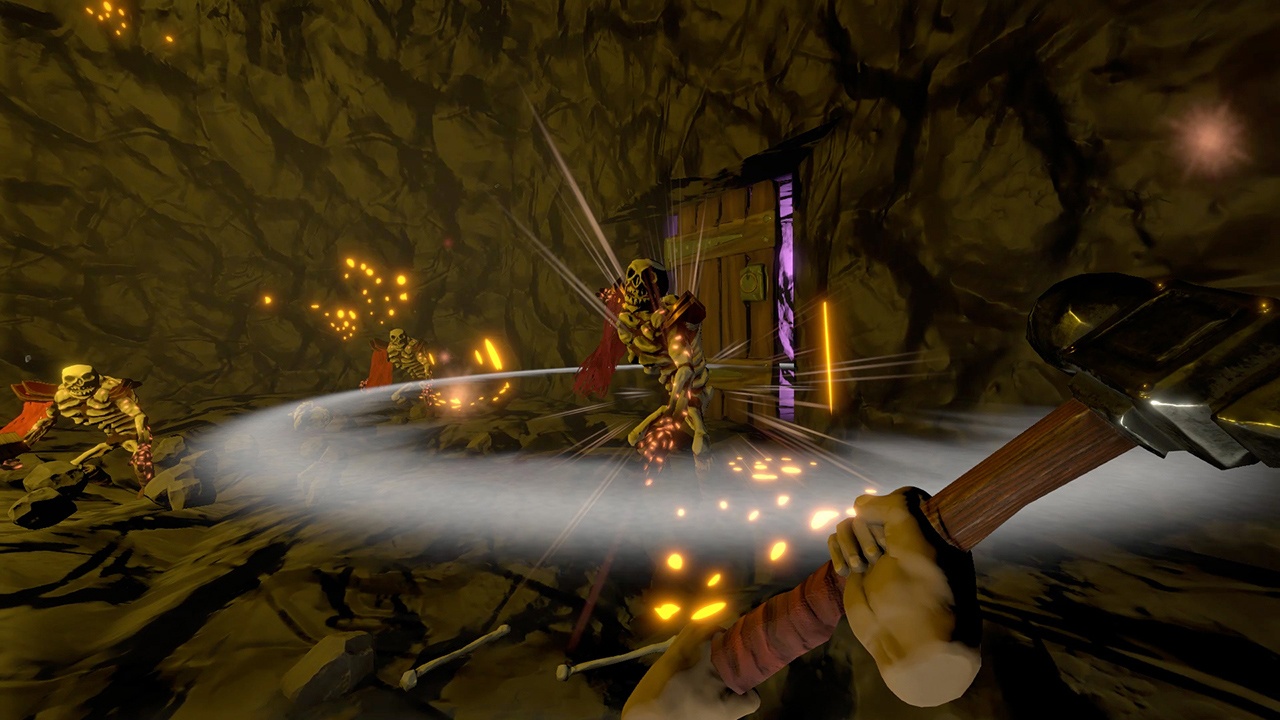 As with many roguelites, the game contains a perma-death mechanic; once you die, you die and you have to start the game anew, losing everything that you may have gained from your previous run-through. In terms of this, the key is to find the best available resources to ensure your survival, building up on XP levels and equipping your character with the strongest weapons and most powerful potions. However, with its random elements of loot placements, monster encounters and level designs, this is never an easy task. Unfortunately though, it’s here where the game fails as it constantly feels as if everything is against you and you rarely feel, or find anything, that offers a respite.

Although its premise of randomisation is a good thing, at least in terms of level designs and loot, the game can feel a bit too random at times. Sometimes you’ll enter a new area where you’re immediately cornered by an enemy type. If you’re not fully prepared, then it’s all too easy to find a grisly demise here. Some of the traps that frequent the dungeons can also feel unfair at times. Yes, with constant playthroughs, you can soon learn what is good or bad and even what items are helpful and what aren’t, but the constant restarts from scratch do begin to grind after a while. Some of the abilities of each character can often feel a bit underpowered too, especially in terms of magic. However, it is possible to find a powerful ability or weapon that can help to even the odds. In one playthrough, I found a battle hammer which granted me one-hit kills, evening up the playing field quite dramatically, yet despite this, once again I was cornered off-guard when entering a new level and all of my progress, as well as my weapon of wonder, was duly lost. 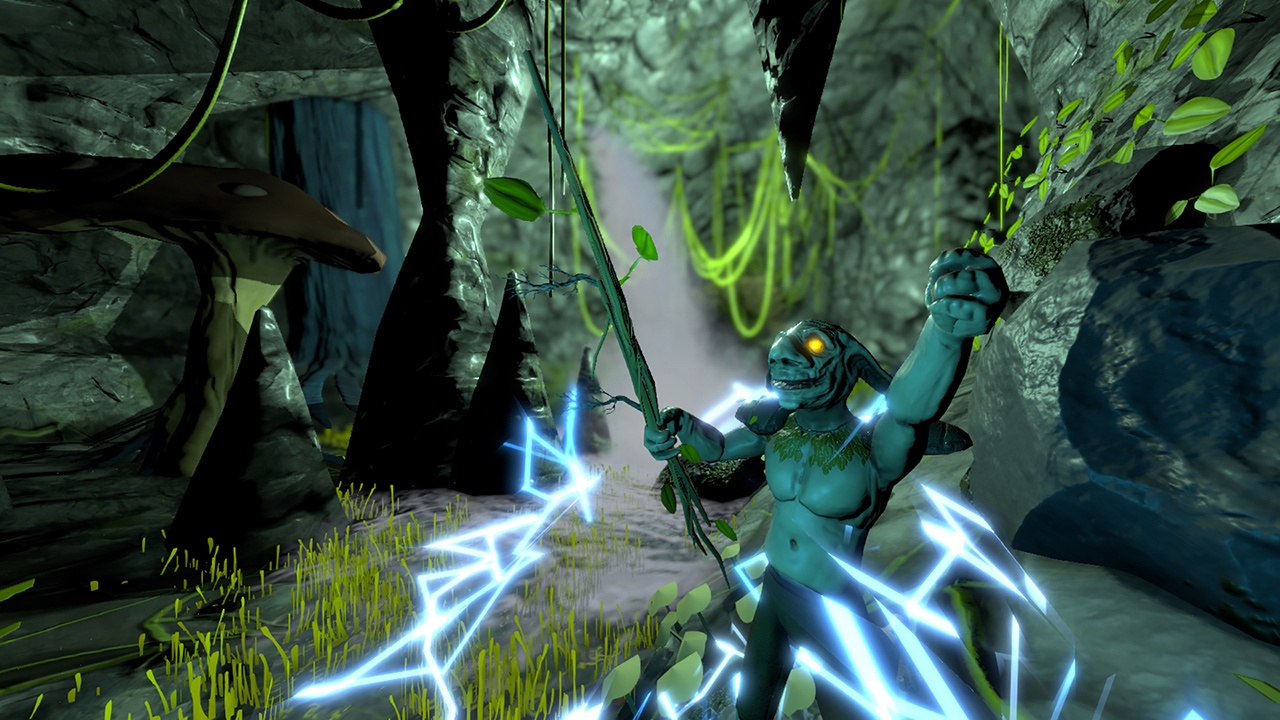 Find yourself on good run though, and you can develop your character to be a bit stronger. The further you delve into catacombs and the more enemies you take out, the more your XP levels gain, allowing you to select from a series of special abilities that can grant things from elemental powers to push backs. Littered around the labyrinths, you can also find shields, potions and weapons that can help, but this is largely down to luck with the games random element. In some ways, this can also have a detrimental effect on the gameplay, as further progress can lead to more frustrations when you come to a grisly demise, especially if it comes from a particularly nasty surprise that you simply weren’t expecting or are forced into.

Graphically, the game looks quite nice on the Switch, especially on the smaller screen in handheld. It runs very smoothly too with no technical or performance issues found during my time with the game. The audio qualities suit the style of the game too, although the voice-overs that push the story along do have a distinct, public announcement feel to them. Saying that though, its presentation is good on the Switch, but it’s still far from a triple A quality. It controls well enough, in terms of movement, but combat and aiming feels distinctly loose, almost broken in some aspects; something that doesn’t help with the unforgiving nature of the game.

Overall, Crimson Keep isn’t a bad game; especially if you’re a fan of rogue-lites, dungeon exploration or just simply like a good challenge. It’s not perfect, but then again, I wouldn’t say it’s particularly bad either. Its role-playing elements offer some depth to the gameplay, although it’s a shame that you lose it all when you die. Keeping your character progress would have gone a long way in making the appeal of this game more welcoming. It can feel a little unfair sometimes and almost a bit too random for its own good, but when things work in your favour, then it can produce some tense and exciting moments; just be prepared though for some frustrations too. In terms of how it plays and the mechanics that make up its core gameplay, then I guess I’d say that this is a perfect casual experience, but as for its long-term appeal, then this simply may be a roguelite that’s a bit too heavy.

An unforgiving game that may make your crimson boil, but with experience, it may become a game you’d want to keep.