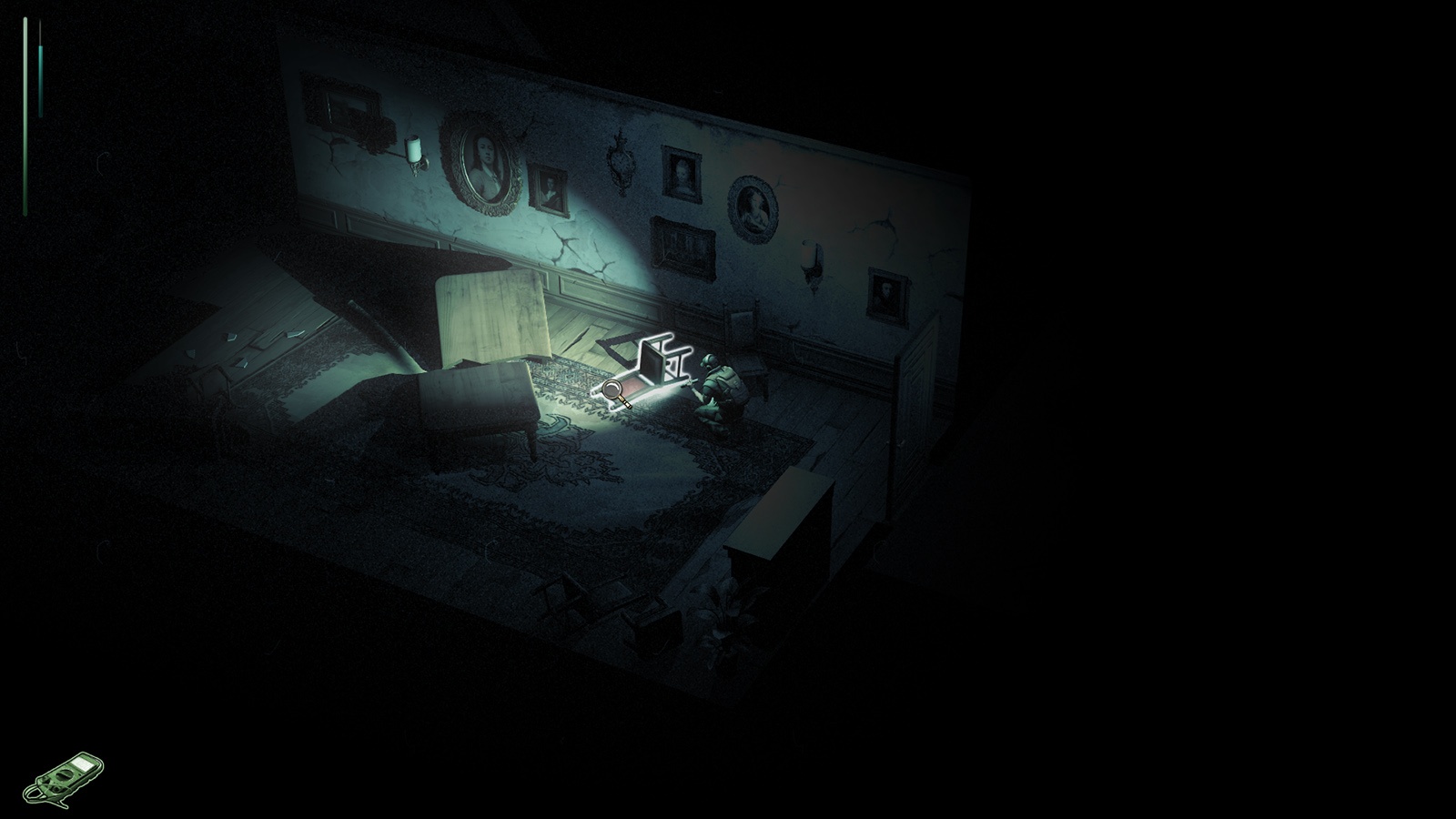 HellSign is one of a kind. The game presents itself as “an investigative action RPG”, and while at first glance it might look like it’s all about fighting all sorts of paranormal beings and critters, ranging from oversized spiders to poltergeists and ghouls, there’s more to the game than just that. In essence, the game feels like it’s Supernatural: The Game, as the player takes on the role of a Hunter, someone who investigates paranormal activity and deals with whatever is causing it.

The game starts off with you suddenly waking up on your bed without really being able to tell if you were just having one hell of a nightmare or if you were just reliving whatever happened on the previous night, which didn’t really sound that pleasant. Nonetheless, you find yourself branded with a spanking new tattoo, one which, coincidentally, you also have no memory of how you got it. In any case, it’s time to get to work, so you go out and head off for what’s going to be the your very first job, the game’s tutorial. This one does a reasonable job in explaining the basics of the core gameplay to the player, and while there are a few things that it misses, I was able to figure everything out from there on forward.

However, before all that, the game allows you to pick one out of nine different classes, with each one coming from a different background. Each class brings along with them different starting equipment as well as different skills. For instance, the mercenary is extremely proficient with sidearms, while the stalker can use traps, baits, and grenades from the get-go, to get the upper hand during encounters. I decided to go with a detective for my first character since it seemed to be the one that fitted the game’s theme the most. 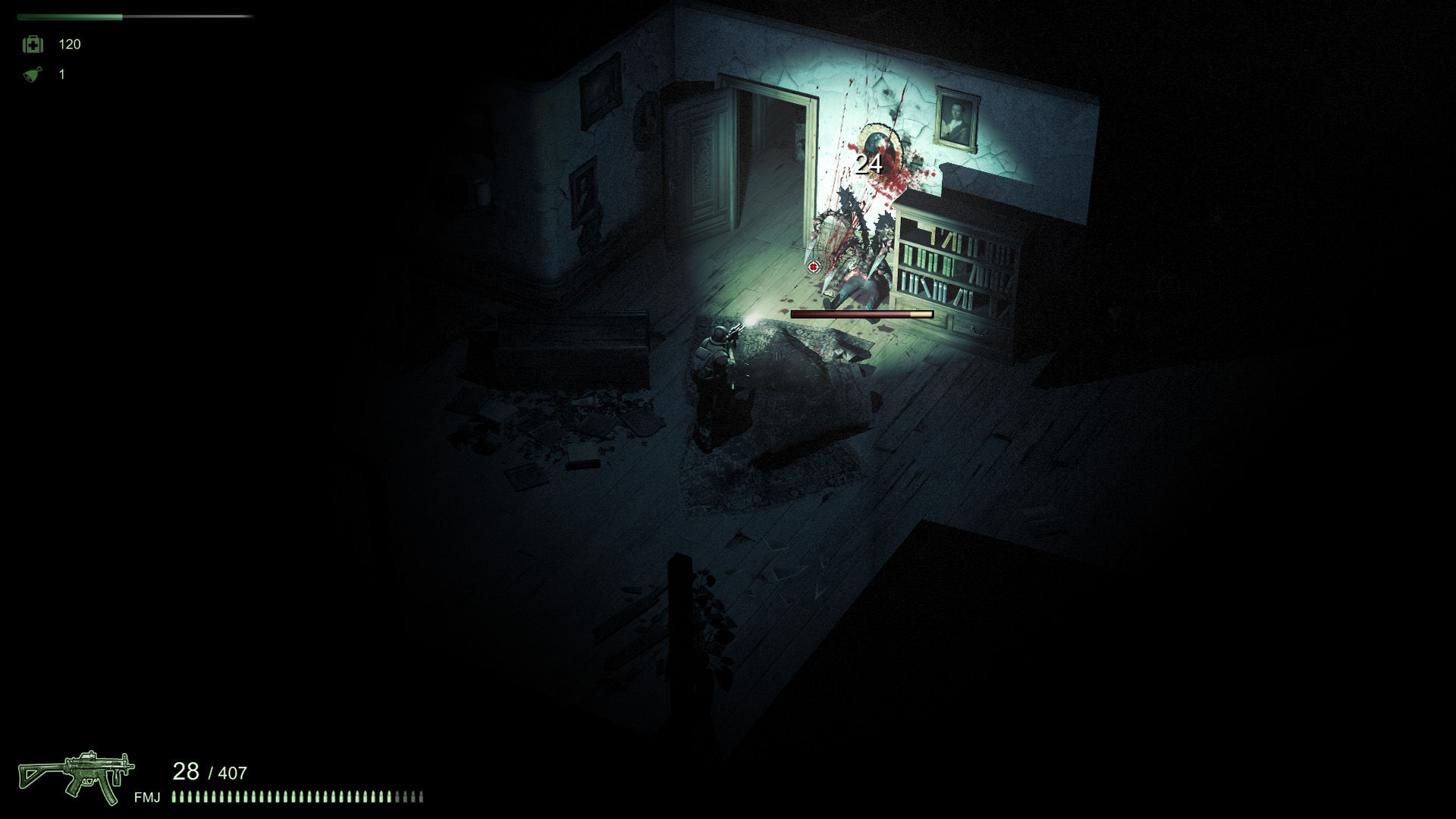 The game features strong RPG elements, like character progression in the form of a skill tree, where you can allocate skill points as you level up your character. These are essentially just stat upgrades like increased damage dealt, improving your gadget efficiency, or unlocking the ability to use higher tier gadgets. There’s also crafting and shopping in order to get better equipment, which is tied to the way you progress through the game. There are difficulty spikes in the main story quests which will force you to go and do some side jobs on the map so that you can earn enough money to buy superior guns, traps, armor, and gadgets.

The whole gameplay loops revolves around going into randomly generated maps and using a variety of tools to determine what you’re up against. There are three different types of missions, scouting, sweeping, and hunting, but they all still retain the fundamental investigative elements. You’ll be using a blacklight to follow blood trails, and an EMF detector and a microphone to find haunted objects or pieces of furniture. This is a fundamental process of HellSign, and it’s without a shadow of a doubt one of its most unique features.

By exploring the environment and successfully using your tools, you’ll find clues and signs that can be used on your Cryptonomicon to try to figure out what type of creature you’re facing. This is not an automated system, there is some work to be done on the player part, as you’ll have to compare a series of images, but I found it to be somewhat underwhelming. In the future, I’d love to see a more engaging decrypting system. On top of all that, signs can also be sold at the local bar for some money, and this will serve as one of your main sources of income in the early game. 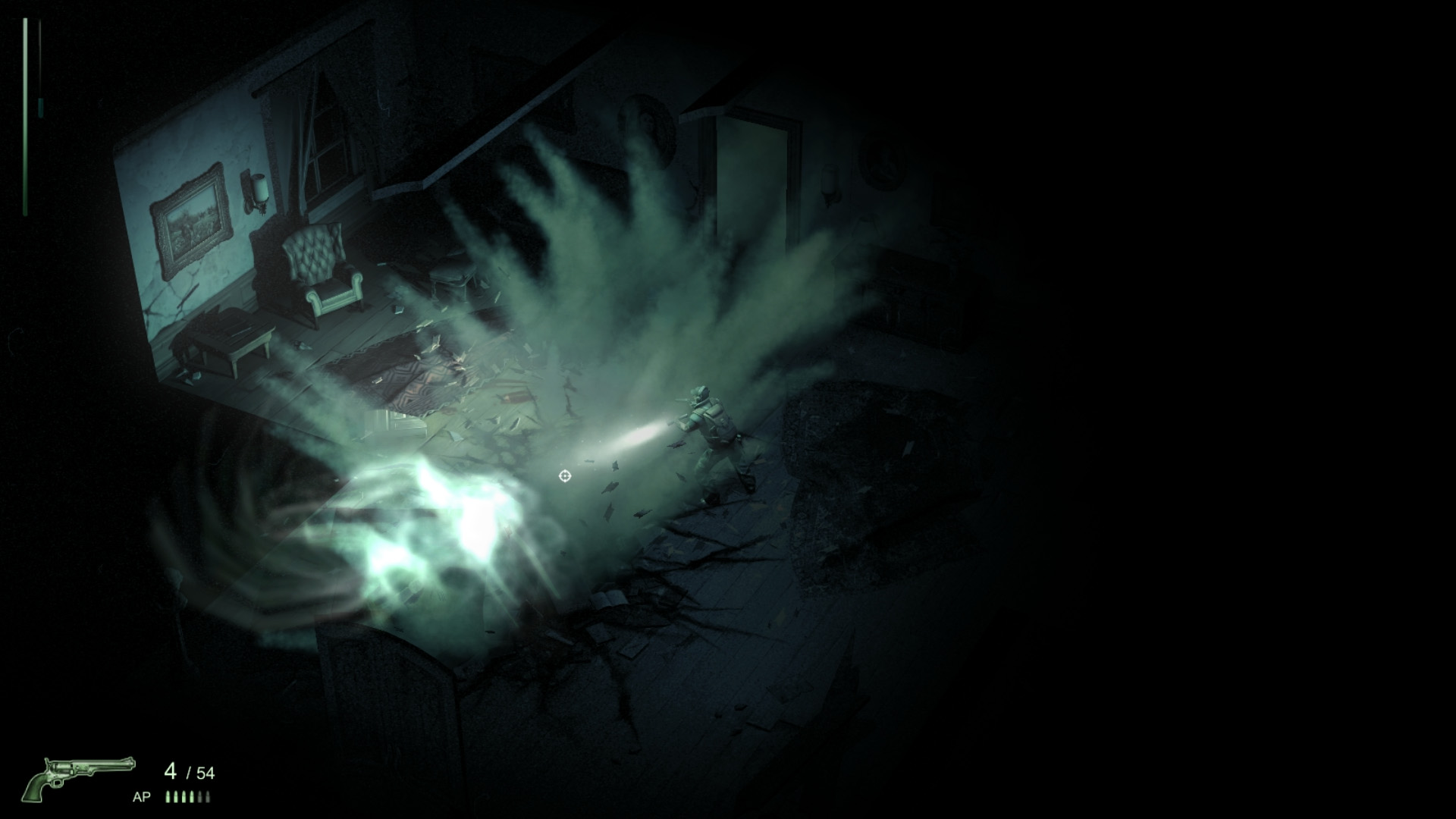 The Cryptonomicon also acts as a Codex of sorts, in the sense that it provides meaningful information about the creatures of the world that you’ll be facing, and in that way, it does a surprisingly good job in enriching the game world. The game’s narrative isn’t really its main focus, but the game still provides a reasonable amount of mature dialogue with tons of cursing and sexual references, as well as a couple of stylized comics. Furthermore, the game has this really great eerie, grim, unsettling atmosphere, made not only possible by the game’s bleak visuals, but also thanks to its musical score and disturbing ambient sound effects.

There’s a lot to like about HellSign, but the game also has a few issues that might be just enough to keep some people at bay. First and foremost, while the game’s progression system pretty much relies on you to keep getting better equipment, there’s no looting mechanic during missions, which feels like a missed opportunity to make the whole gear system more interesting and engaging. Also, as mentioned previously, the missions take place in randomly generated maps, and while the layout tends to keep changing, they start to look pretty much the same after a few runs. With that said, I still found the gameplay loop to be captivating enough to play the game for a couple of hours straight.

The shooting in the game is something that I find that it works, but it doesn’t feel particularly satisfying. Given the isometric perspective from which the game is played, HellSign plays pretty much like other shooters in that specific genre, the only difference is that it features precision aiming. Essentially, what this means is that your shots will go where your crosshair is, and given that some enemies can charge at you at considerable high speeds, some people might find it frustrating. On the other hand, I feel like the game remedies itself thanks to being able to use traps to turn the tide of encounters, and this only gets more exciting the further you’re into the game, as you get to face crazier and more challenging creatures.

Overall, HellSign is pretty unique and it’s a really compelling concept and theme-wise. On the other hand, apart from the investigation elements, the vast majority of its gameplay mechanics do leave a bit to be desired. Nonetheless, for the current price (which will rise in the future as more content gets added), the game offers somewhere around 15 hours worth of gameplay. If you don’t mind the repetitive nature or if the setting is appealing to you, HellSign is definitely worth checking out.