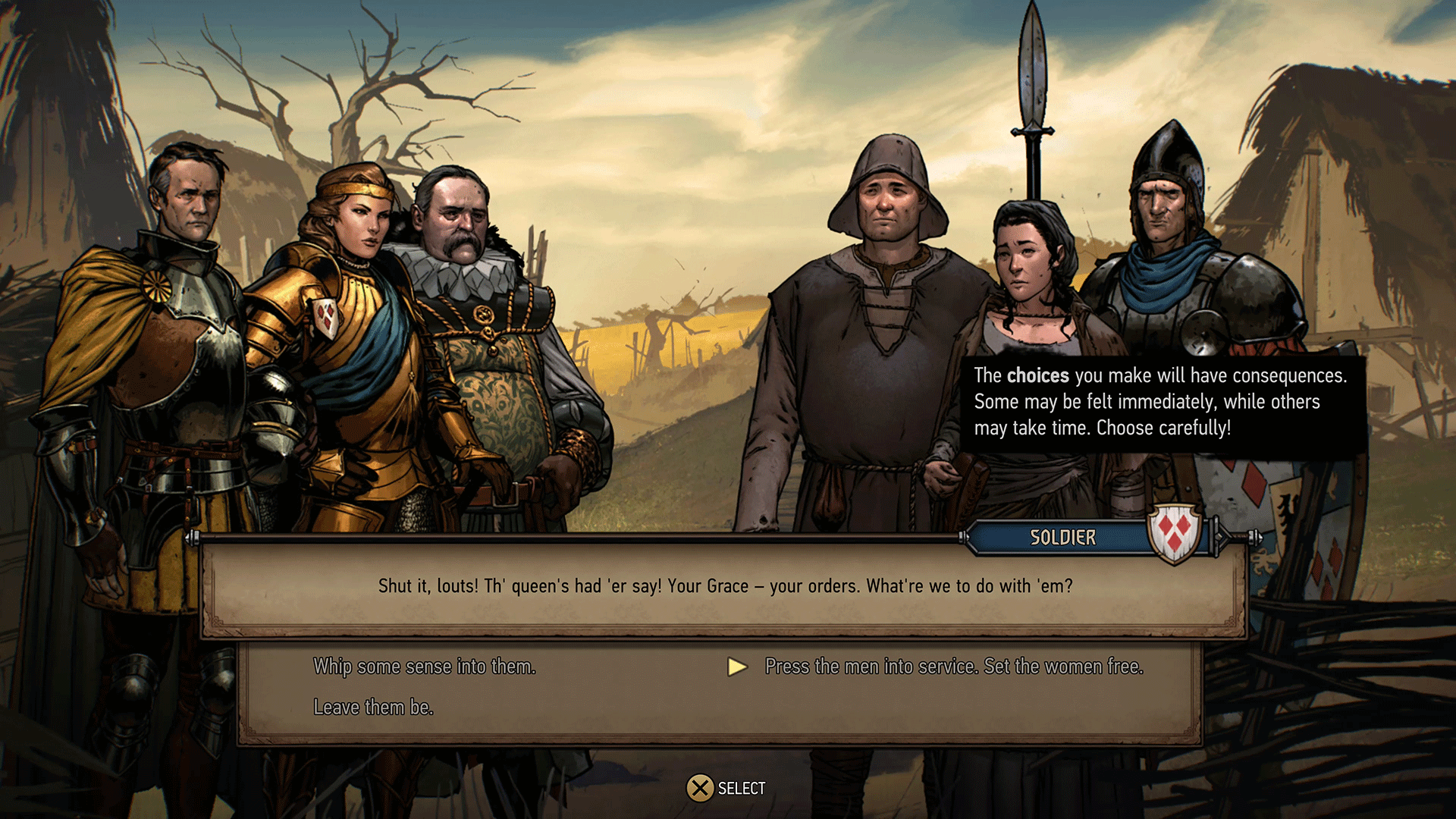 When this generation has initially seen the light of day, it didn’t really feel all that innovative. Sure, games such as Killzone: Shadow Fall and Infamous Second Son, were immensely pretty. But besides their visual display, they had very little to offer in terms of gameplay and game design. And in all honesty, nearly all games released within the first year of the cycle felt exactly same way. They all looked pretty, but they played in the exact same way as games released all the way back in 2008. But this phenomenon came to an end on 19thof May, 2015.

The aforementioned date still bears an immense importance, as on that very day CD Projekt RED, had released The Witcher 3: Wild Hunt. Which to this day is the biggest, grandest, and the most accomplished RPG ever made, as the studio behind the title has used the currently available technology to elevate its title above all that came before it – especially above the rather pathetic Dragon Age: Inquisition.

Wild Hunt was followed by two equally exceptional, if not superior expansions, Hearts of Stone and Blood & Wine. And as incredible as those were, many were crying out for a new iteration of the series, rather than more expansions. And ultimately, they got it, sort of, in the form of Thronebreaker: The Witcher Tales.

Thronebreaker: The Witcher Tales, while featuring Geralt, does not follow him throughout. As the title in question serves a role of a spin-off, designed to explore, and expand the lore of The Witcher universe. And throughout the rather lengthy, thirty plus hours story, you’ll encounter dozens of new characters, intertwining narratives, and complete stories, which in their grandure and quality easily match those of The Witcher 3: Wild Hunt. But if you are expecting Thronebreaker: The Witcher Tales to be a full-blown successor to The Wild Hunt, then you are going to be disappointed, as the title at hand has much more in common with the standalone title Gwent, than anything else. 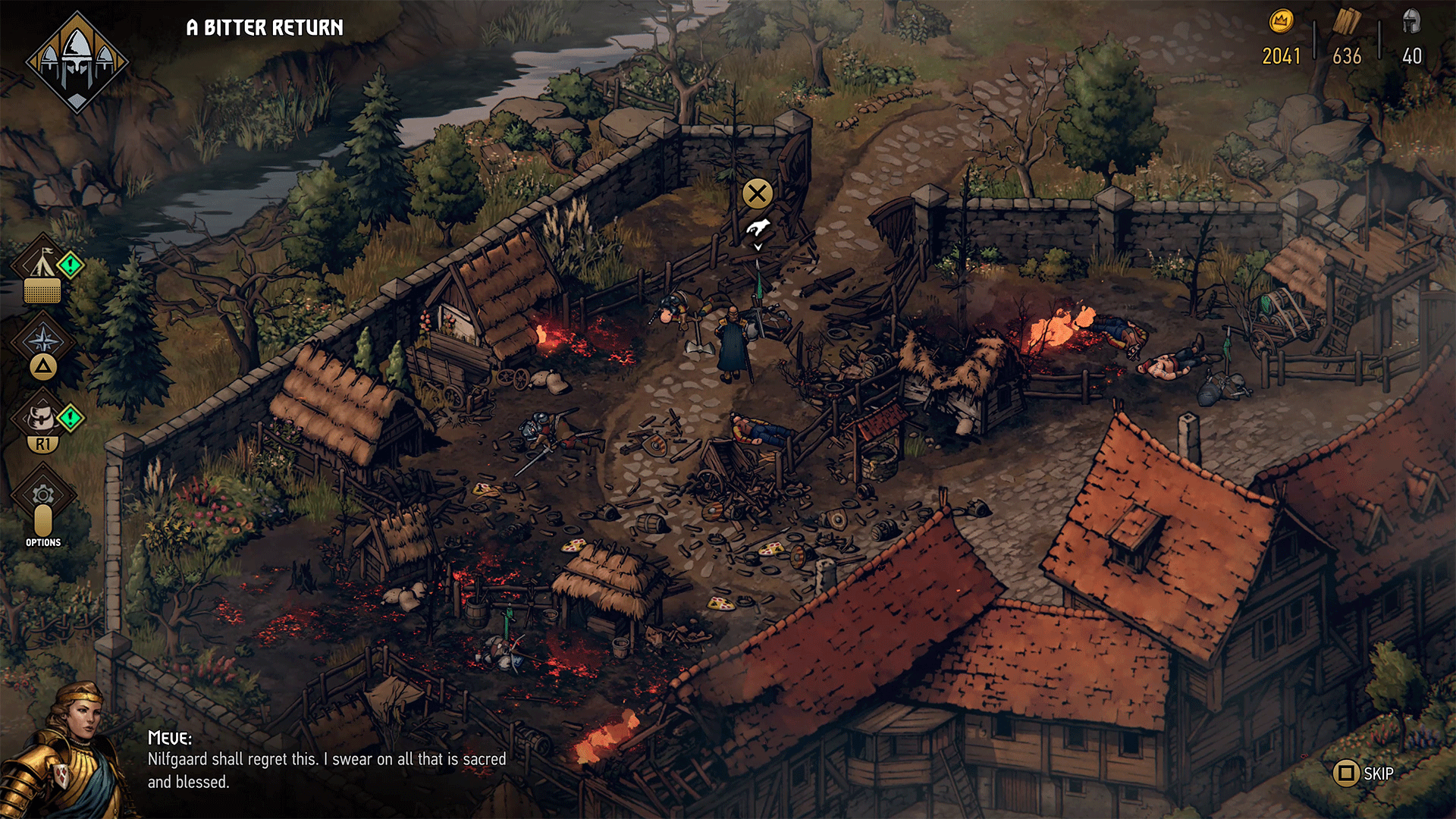 The core gameplay of Thronebreaker: The Witcher Tales, revolves around Gwent card games between you, and numerous outlaws, soldiers, beasts, and other villains. However, unlike in the multiplayer version of Gwent, Thronebreaker: The Witcher Tales does not always require you to complete a full, best of three set, as many in-game encounters feature special objectives, and alternative ways to victory, which to my knowledge, are not present within the standard version of Gwent.

Some in-game encounters will require you to protect certain cards, others will have you destroy cards before they get to a set destination, whereas select few, will have you battle a formidable foe before he or she gets a chance to achieve a certain goal. And the best of all, all those do not cascade on you one after the other, like within the training mode of Gwent, as Thronebreaker: The Witcher Tales is more than just a card game, as in-truth, it is a full-fledged RPG, complete with upgrade trees, exploration, side quests, and most importantly, treasure.

While in-game, you will be faced with main objectives, which will always be highlighted on your map with a yellow/green exclamation point. However, those, while mandatory in order to progress the story are not be all and end all of the title. And in fact, Thronebreaker: The Witcher Tales has much more to offer, and it encourages and rewards exploration, as by visiting different places on the map, and committing different actions, you will receive resources, cards for your army, and even cards for the standalone version of Gwent. And best of all, everything that you do has its consequences, as even the most trivial of choices will impact your resources, your army, and most importantly its morale.

Exploration, in and of itself is not vital within Thronebreaker: The Witcher Tales, as most seasoned Gwent players will blast through most encounters with the starting deck. However, the more you explore the more formidable you become, and your once meagre army of foot soldiers, can with time and resources, be turned into an unstoppable war machine. But if you are not one for collecting cards, or resources, then Thronebreaker: The Witcher Tales has you covered, as the title in question also rewards you in many different, narrative centric ways, which are just as enjoyable as the abovementioned card collecting. 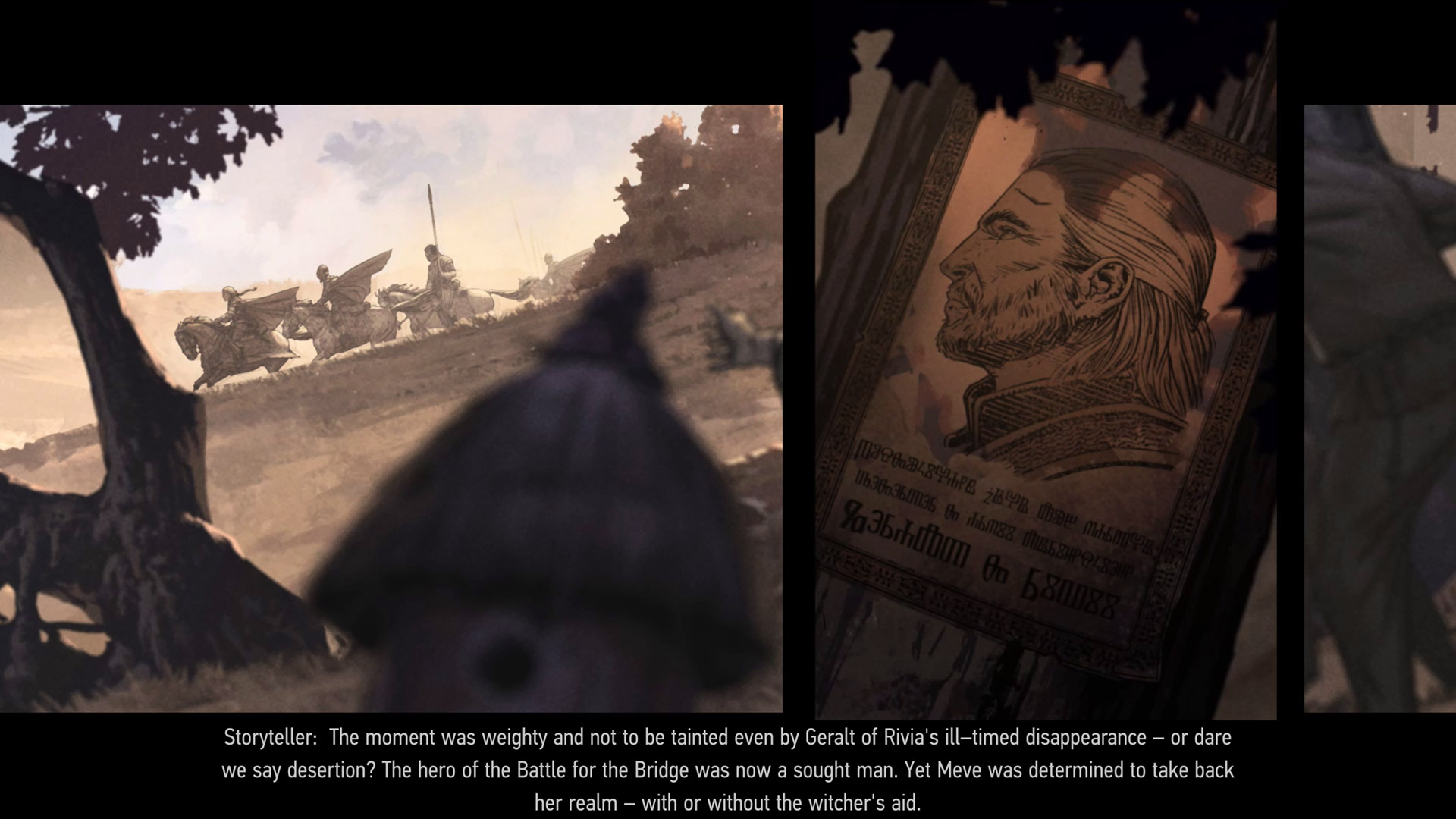 When I first heard of Thronebreaker: The Witcher Tales, I was incredibly sceptical as from what I’ve been told, it was nothing more than a paid single player mode for Gwent. And while such description discouraged me immensely, then I’ve still shelled out money for it, because well, it’s a Witcher game. And when I’ve fired it up for the very first time, I was surprised to say that at least the title in question oozes quality. And it is borderline impeccable from sound design, through its art style, all the way up to its gameplay and game design. And from the very first second, it is easy to see that Thronebreaker: The Witcher Tales is neither a Gwent oriented cash grab, nor low-effort indie. As in its scope and scale it outshines most modern RPGs. Even visually, it is significantly superior to games such as Diablo 3, as its execution is borderline perfect, and the core artstyle, while heavily relying on cell shading, possesses many unique features which make the title standout from the crowd.

If you were to take Thronebreaker: The Witcher Tales at its face value, you’d be right to assume that it is a quick and easy indie game, designed to entice Gwent players into spending more money. But if you spend even as little as an hour with the title, you’d quickly notice that the game at hand is much more than indie, and that in many ways, it is much more than AAA. And that’s because it outshines not just small titles such as Night in The Woods, but also colossi like the recently released Assassin’s Creed: Odyssey. As in terms of visuals, narrative, and execution it is simply superior. And I know that 2018 is at an end, and that there are games such as Red Dead Redemption 2, God of War, and Spider-Man to compete with, but I feel like Thronebreaker: The Witcher Tales is an easy game of the year contender.

I know that 2018 is at an end, and that there are games such as Red Dead Redemption 2, God of War, and Spider-Man to compete with, but I feel like Thronebreaker: The Witcher Tales is an easy game of the year contender.