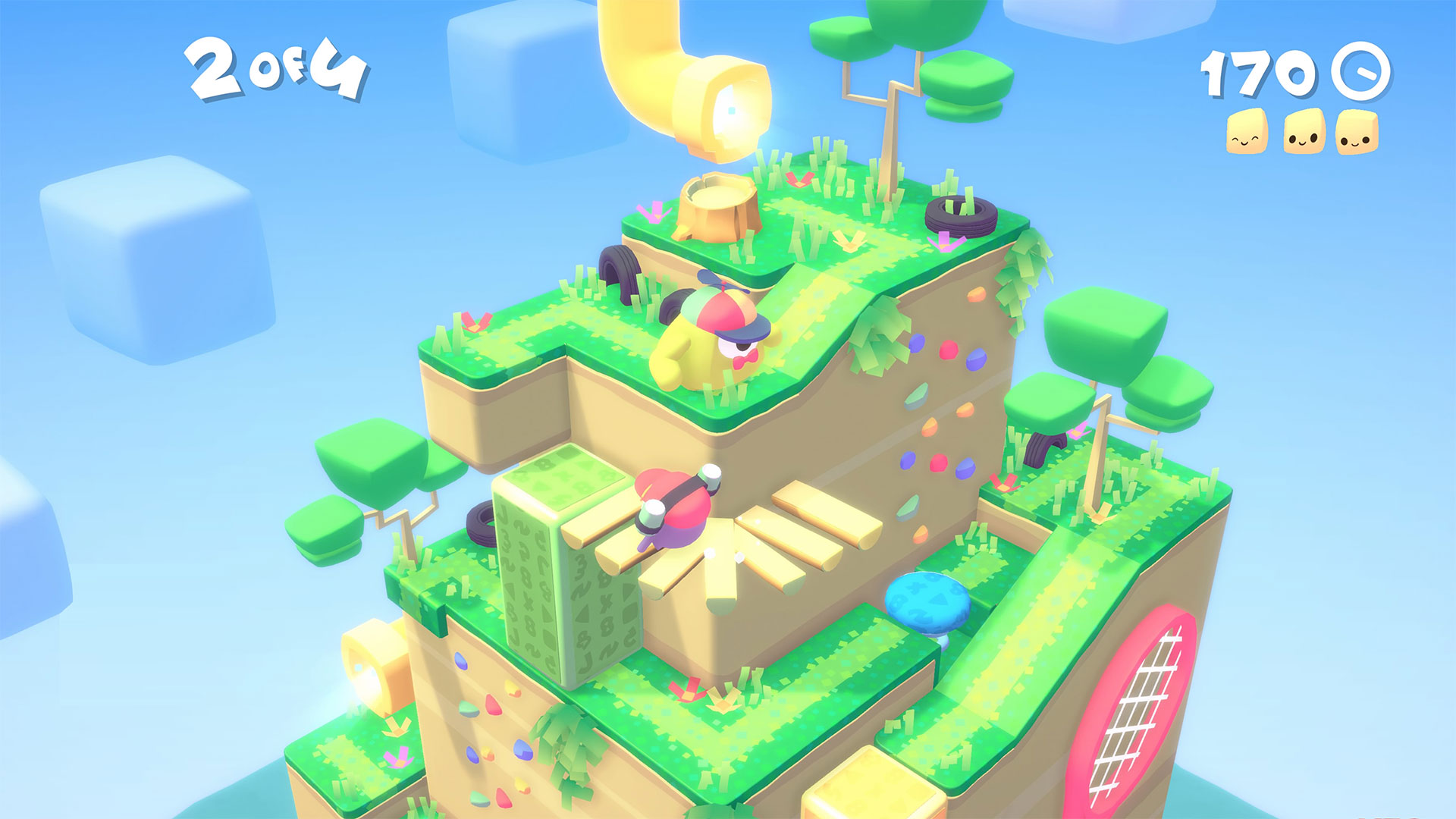 The game requires you to get a series of the characters from Point A to Point B within an allotted time; all whilst using your phones to control a series of doors, trampolines and a variety of things blocking their path. The gameplay is rather simple and basic, but can be quite challenging once you advance into the later stages (depending on who you play with). Being that this is a family game, I decided to play it with both my friends (ages 20-22) and my younger cousin (age 7) to see if this game was indeed suitable for the entire family.

I will be honest and say that I don’t have much experience with PlayLink titles, so when I discovered I would have to download an app to play this game I was pleasantly surprised at the format. Everything about the controls was easy and simple, which is useful when playing a game as challenging as this one (more of that later). The controls consist of two buttons, with each player being designated a section/door/trampoline to control. You’ll either have to push or slide said buttons, and it really doesn’t get any easier than that. 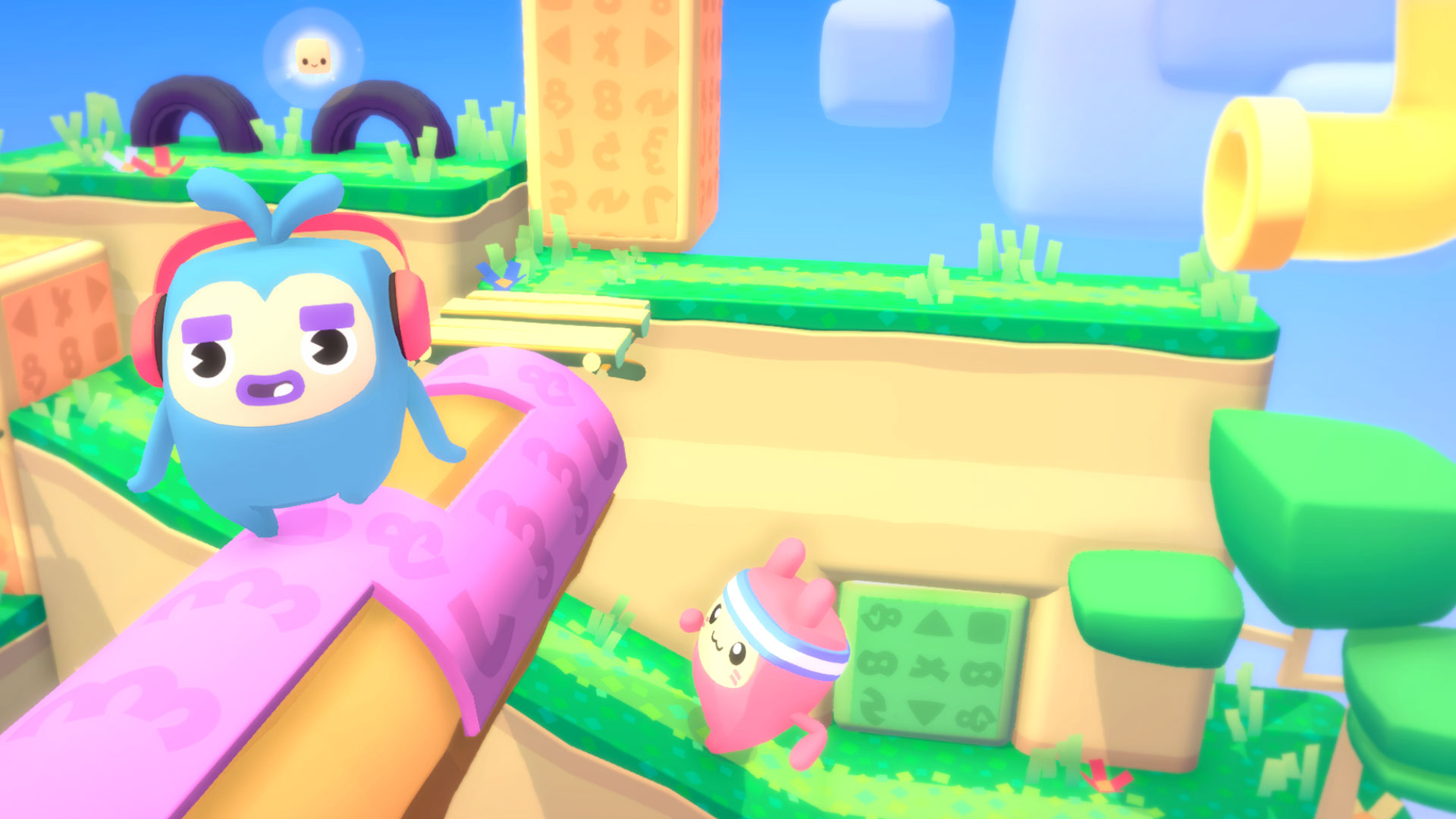 Don’t be fooled by Melbot Studio’s cute exterior because this game can get quite challenging and may cause some arguments. Whilst my cousin enjoyed some of the earlier levels, it was near impossible to play the later stages with him, as they were simply too hard for someone of his age. Playing with my friends also posed a different problem, which was communication. Communication skills were something me and my friends were lacking, and something you’re going to need a lot of if you wish to be successful at this game. However, playing the game was always fun, be it with my cousin or my friends. It seemed no matter how hard the game got, there were always laughs to be shared.

As previously stated, the most noticeable feature of the game is its design, everything from the characters to the various worlds is eye-catching and colourful. It is truly an adorable game, which is why it may be so appealing to a younger audience. Everything looks like its straight out of a primetime cartoon, and the design team should be highly commended for their hard work. What makes this feat even more impressive, is the fact that Melbits world is a part of the PS Talents program over in Spain, which helps indie developers bring their games over to PlayStation.

The game’s most annoying feature, and bear in mind I am nit-picking here, is probably the music. When you’re trying to focus, the last thing you need is a distraction and the music certainly is a distraction. It’s so sickly and sweet, it will drive you insane as you try to complete the task. So my advice is maybe play the game on mute, that way you don’t have to suffer through it, and who knows, it may even help your team’s communication skills. 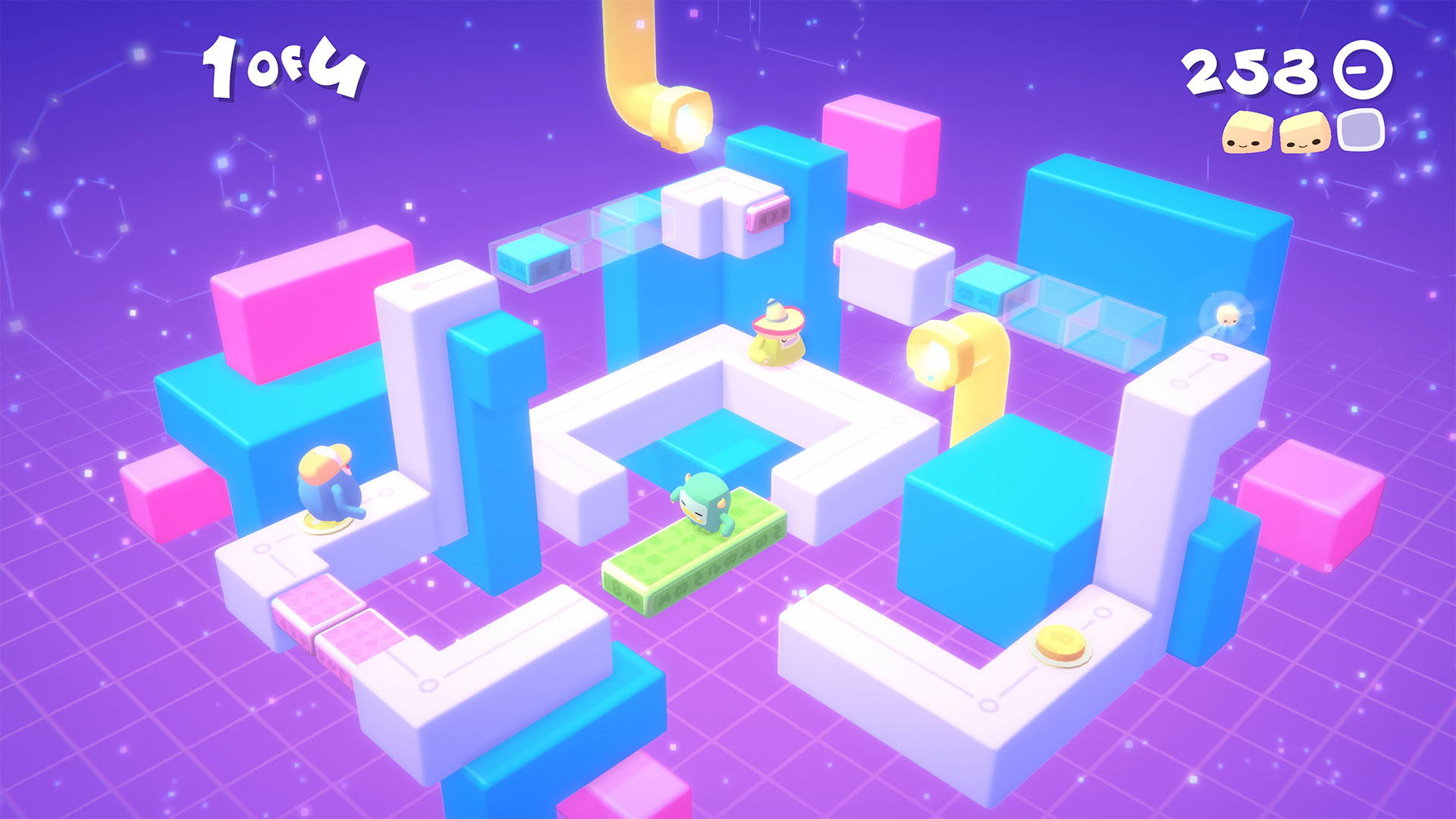 I do wish there would be a little more to the game, as it is rather basic. I don’t know what, per say, but I think an additional feature could really boost its popularity. Perhaps the app could be updated to allow you to use it when not connecting to the PlayStation. With a mode that would allow you to care for your chosen monster, in a Tamagotchi-like fashion. I know I may sound cynical but that is simply because I believe Melbits World has the potential to develop into more than just a basic puzzle solving game. If Melbot Studios gets behind this product, and continues to enhance and develop it, I could see it evolving into a much greater game, and something children in particular could really enjoy.

As I have said multiple times throughout this review, Melbits World is perfect for all ages, and it is for that reason that I would recommend it to anyone. However, I would advise you all to play this game with a larger group, as it was a lot of fun and brought a lot of laughs. Whilst it poses some challenges, it does not stop the enjoyment, like some puzzle games do. So if you’re looking for a fun game to play, at your next family gathering, friends party or just a quiet night in, why not give Melbits World a try, because you won’t be disappointed.

If you’re looking for a fun game to play, at your next family gathering, friends party or just a quiet night in, why not give Melbits World a try, because you won’t be disappointed.