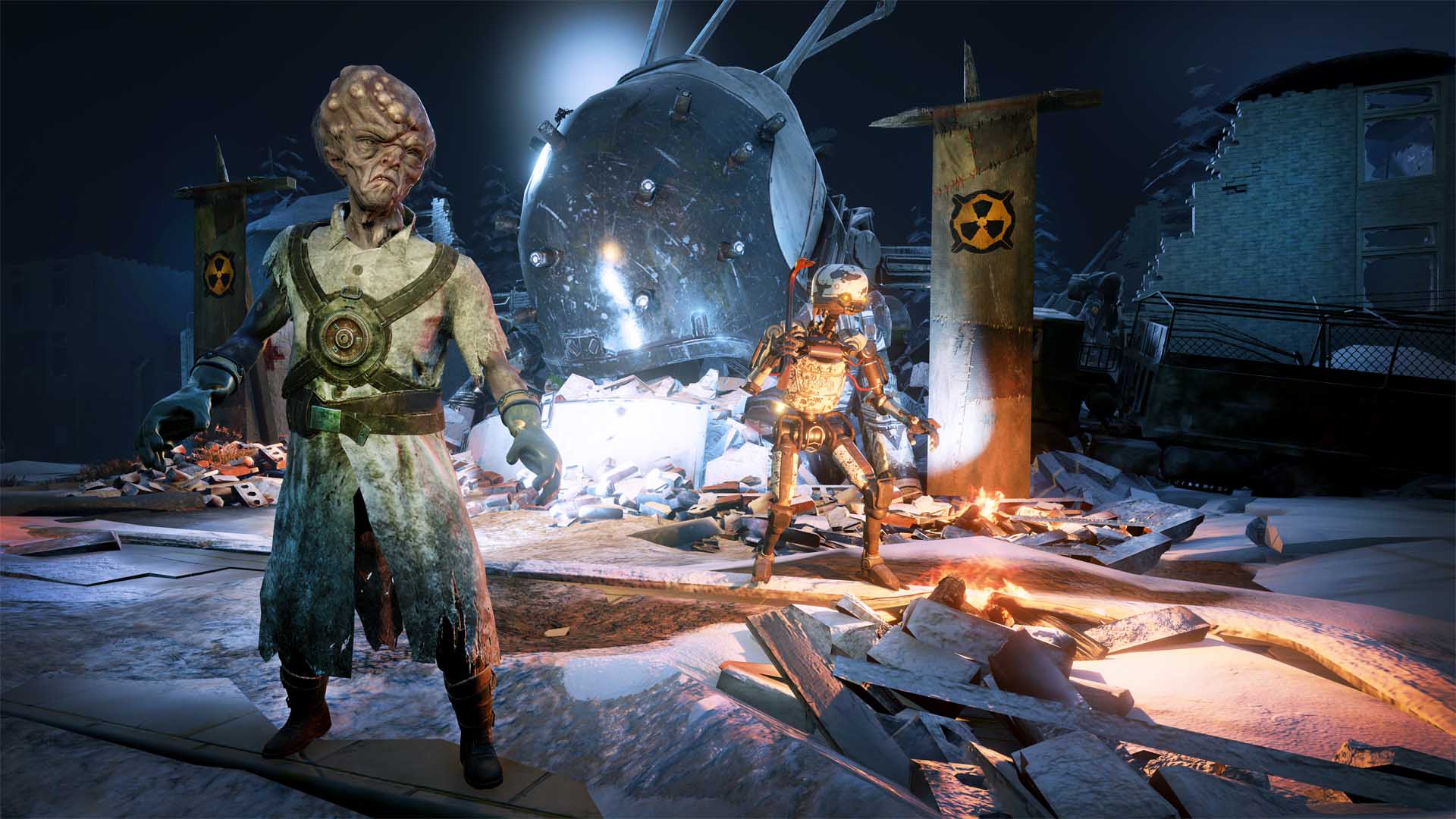 Mutant Year Zero: Road to Eden is the first full game release from the Bearded Ladies Consulting game studio. With a background in many triple A games, these guys have some muscles to flex and they’ve decided to flex them in a turn-based strategy game based on a popular table top game! So with that in mind they have a lot to live up to, so does it have the genetic code to be a success or is it going to be another failed mutation?

The game sets you in a post apocalyptic world where a disease named the Red Plague and on top of that, nuclear war, have ravaged the world; leaving humans almost extinct. Many humans have mutated in order to adapt to this new environment, except for the Elder who is the last surviving human with knowledge of the time before. Here is where we come in, the Elder lives in the Ark which is currently in need of some maintenance and the only guy who can do it is out on an expedition! You take control of Dux and Bormin, a mutant duck and boar respectively and must journey out into the savage wilderness to find Hammon and bring him back safely to maintain the Ark. Along the way you’ll encounter new characters with their own backstories and priorities. 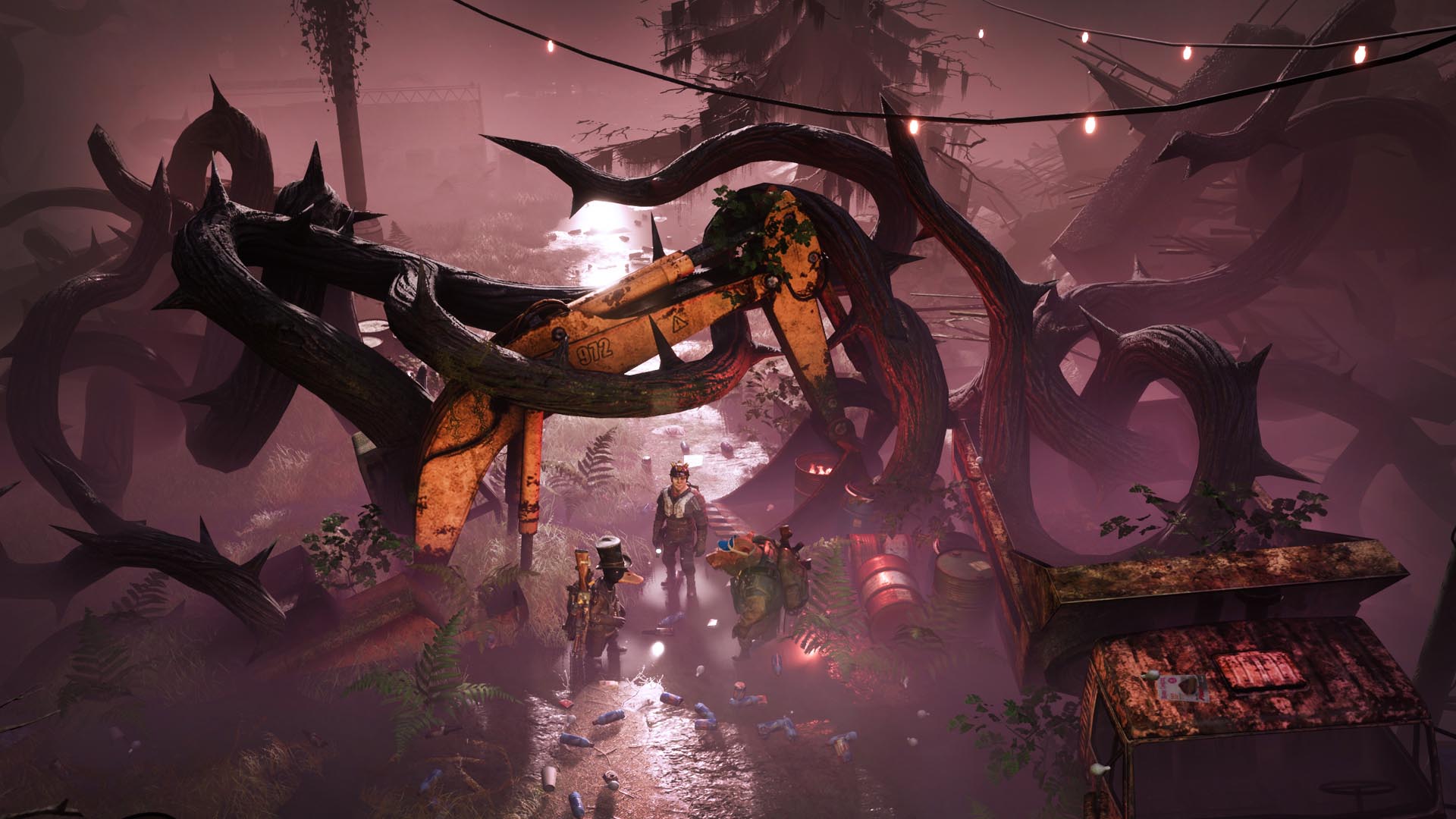 Gameplay-wise, it’s taken X-Com and improved on it. You have normal movement control over your characters until you enter a combat situation and then the game reconfigures into the typical turn-based strategy gameplay that anyone who’s played X-Com would recognize. With that said, this game does something most of these types of games don’t do, which is to make stealth a viable strategy from the get go with it being introduced right at the start. Also the characters unique abilities really bring some variety to the way you play the game.

Graphically, the game is beautiful and is just a joy to look at and really helps immerse you into the fictional world they’ve built for us in this game. With characters looking very detailed and having a distinct look it really shows the passion that went into making sure the art style evokes the right something to bring out the emotion of that the story is trying to convey. Along with this, the music is well done and is very fitting for the game’s atmosphere but I doubt I’ll be listening to it on my Spotify any time soon. 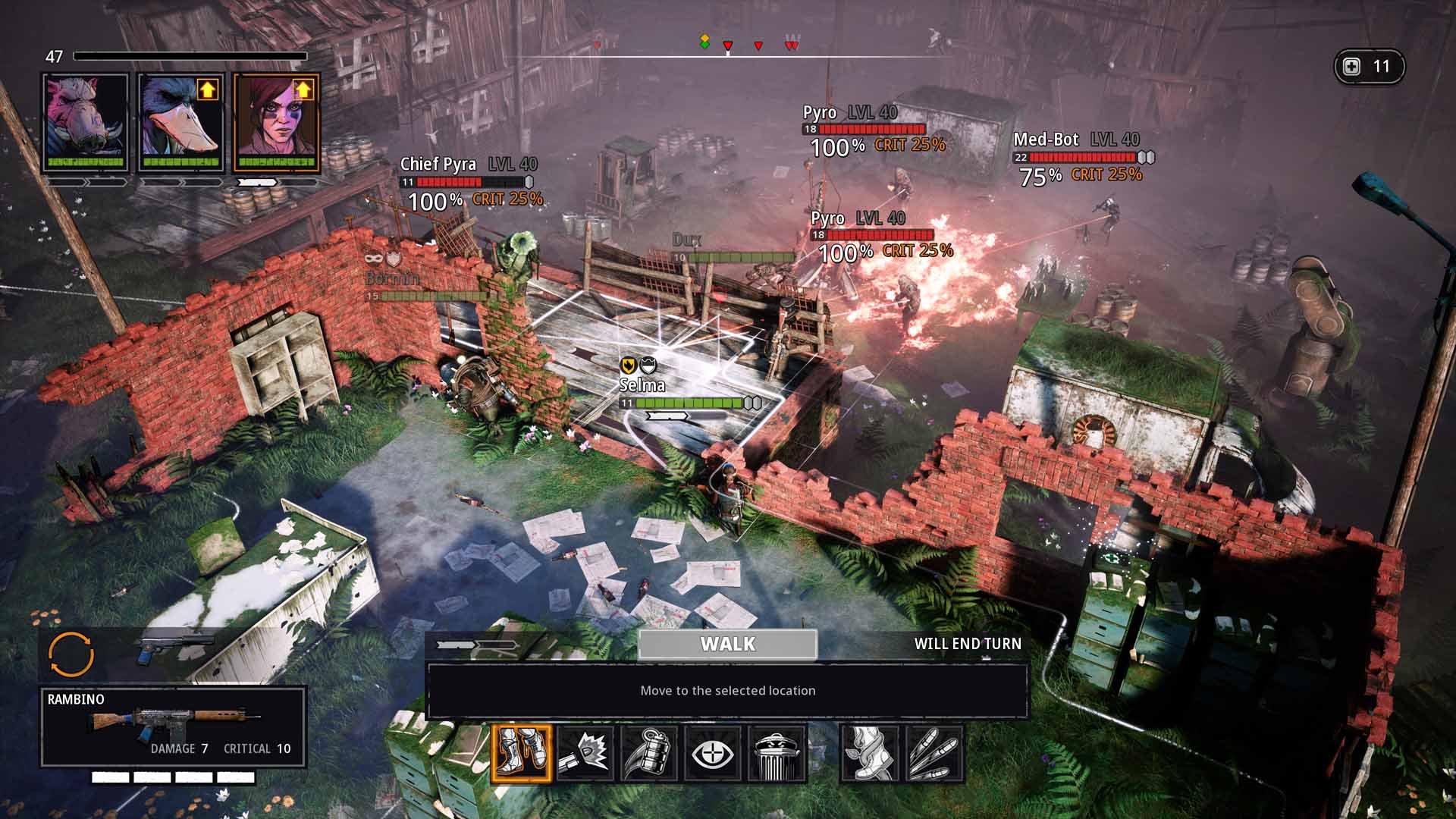 The game isn’t without its flaws; I have to admit it has a very steep learning curve which, in my opinion, could have been curbed by just adding a more controlled and “tighter” tutorial at the start of the game. Something along the lines of a step by step sort of thing instead of giving the player a command and waiting on them to complete the said unknown task. Another issue is, even on the easiest difficult I found myself dying way too much. As a person who enjoys turn-based games but isn’t a pro at them, it wasn’t a fun experience when this would happen. Also unfortunately, I found myself attempting to sneak and consistently getting caught leading to fights that I would also consistently lose.

Overall the game has more positives than negatives and definitely is a work of passion. Gameplay-wise, it can hold up against the leaders of the turn-based world and also brings its own flavor to the table. Graphically, it’s something to behold and the artstyle alone for me is enough to make this game something you should experience once. It isn’t perfect though and has some major issues, but ones that can be easily solved and possibly with more time invested playing the game, you’ll overcome these. I, in the end, wholeheartedly would recommend Mutant Year Zero for any fan of turn-based games but I would tell non fans to maybe do some research before making the plunge.

I wholeheartedly would recommend Mutant Year Zero for any fan of turn-based games but I would tell non fans to maybe do some research before making the plunge.