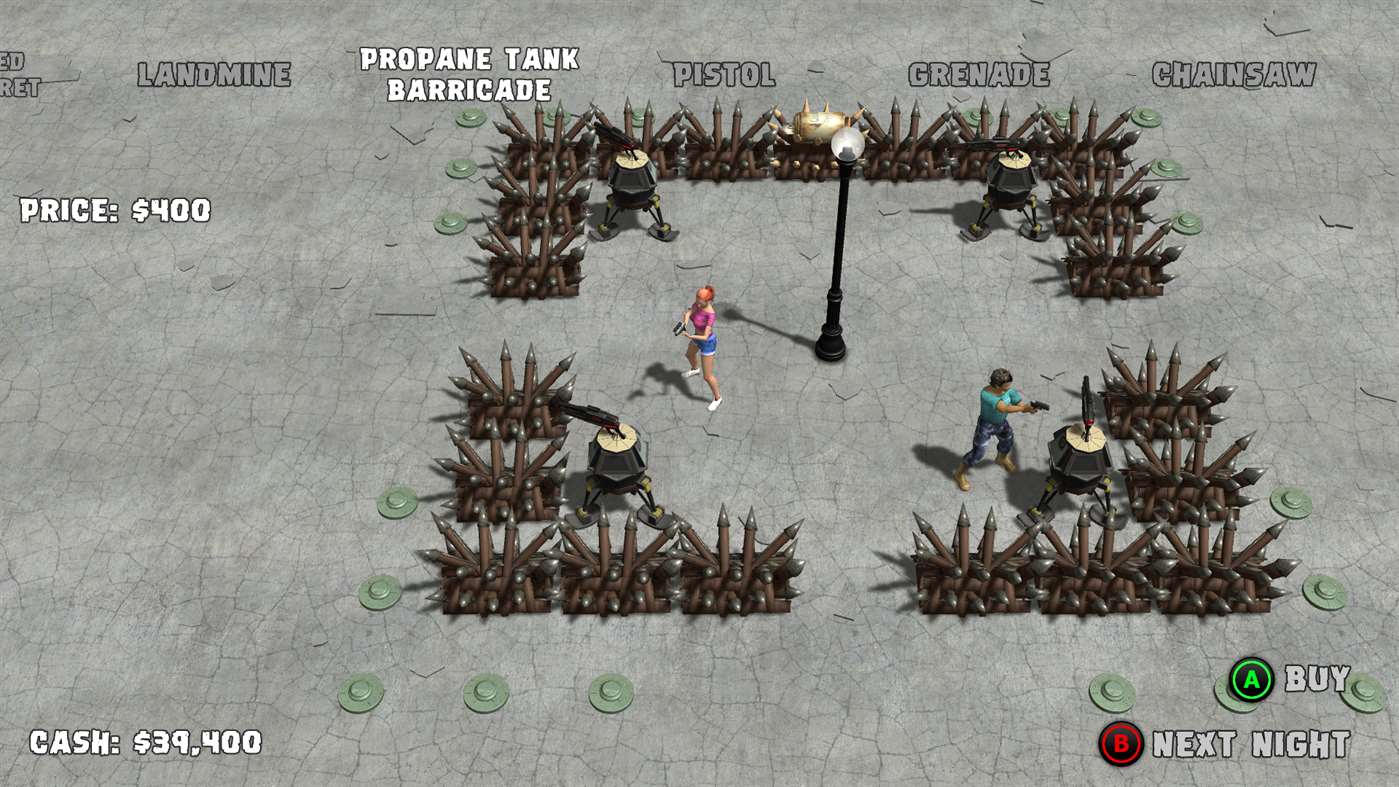 Developed by Awesome Games Studio, Yet Another Zombie Defense HD is exactly what it sounds like, another zombie defense game. However, don’t let the title fool you. This game tries its best to stand out from the generic zombie defense genre. The question is does it succeed, or does it come up short in the end?

Starting off, the game has three game modes and characters for you to choose from. The characters are basically a group of generic zombie apocalypse characters. There’s The Guy, The Girl, The Swat and The Doc. Within the game modes, you have the choices of defense, endless, or deathmatch. In defense, you have to survive hordes of zombies until you make it to the final night. Sounds easy enough but we’ll get back to that later. Next is the endless mode which is exactly what it sounds like. You go against an endless wave of zombies and try to make it to the highest wave you can go up to. Finally, there’s deathmatch mode where you go up against other players in a free for all and try to kill each other while zombies try to kill you, which adds to the difficulty of the game mode. These modes add to the replay value of the game which makes you want to come back for more. While on the topic of replay value, the game includes 27 achievements which, in my opinion, don’t seem too hard. In my playthrough session, I unlocked 5 achievements right off the bat. 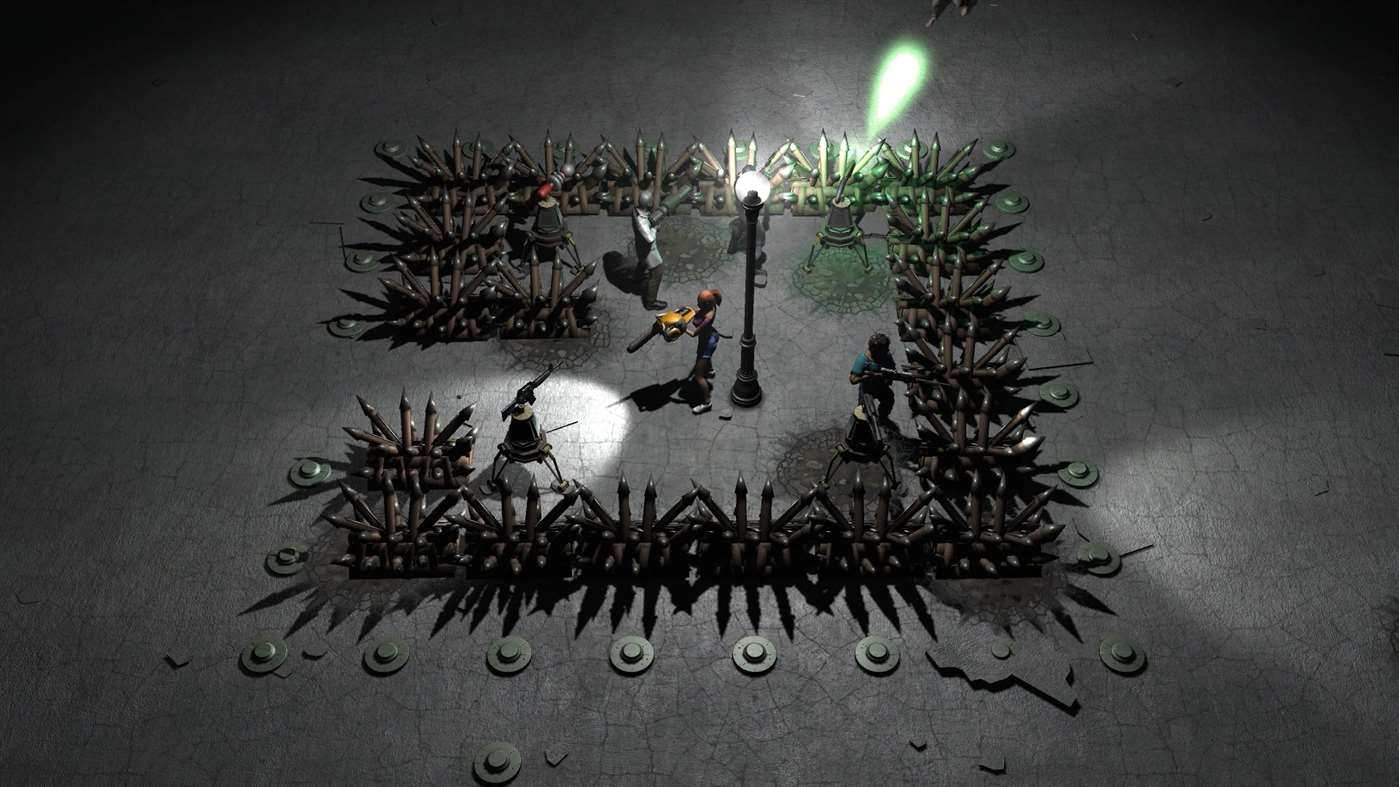 Strategy plays a big role within the game and shouldn’t be taken lightly. In the game, you can build defenses such as wooden barricades, turrets, landmines, and much more. The higher the defense the more expensive the cost. If you just buy random defenses and weapons without properly planning where certain things should go, you will not succeed. I tried on my first run-through of the game and it did not end well for me. Speaking of weapons there are various weapons such as grenades, assault rifles, shotguns and unique weapons like flamethrowers and lasers. The only time you can buy weapons and defenses is after every wave. One of the best parts about this feature is that instead of being on a time limit to prepare your defenses and buy weapons and ammo, you can control when the next wave starts so you don’t feel rushed.

When looking at the game mechanics you can earn cash by killing zombies and sometimes they also drop cash when you kill them. Along with dropping cash, zombies also drop weapons and building structures when you kill them. The downside to this feature is that when a zombie drops a structure, you can’t use it until you survive the wave which isn’t a guarantee. As you play through waves you earn experience to level up and increase your stats. Your stats are reloading speed, movement speed, health points, health regen, and pickup range. Pick up range is very useful because when you built a barricade around yourself, the only way to get out of it is to destroy it or zombies destroy it. After each wave, the damage multiplier increases adding to the difficulty level. In addition to this, new enemies such as ghouls and big giant zombie-like wolves start to appear which for the record scared the heck out of me. One important piece of the game is the use of light. When you start the game your placed next to a light post that you have to defend and shines a bright light that surrounds a certain radius. If that light goes out you will die. If you wander outside the light, guess what, you will die. Basically what I’m trying to say is, zombies spawn in the dark so if you’re in the dark your gonna succumbe to the horde.

Graphics wise it’s kinda bland and basic but in my opinion, the game makes up for it with the amount of blood on the screen at once and the amount of fun that you can have with the game kinda blinds you from it. 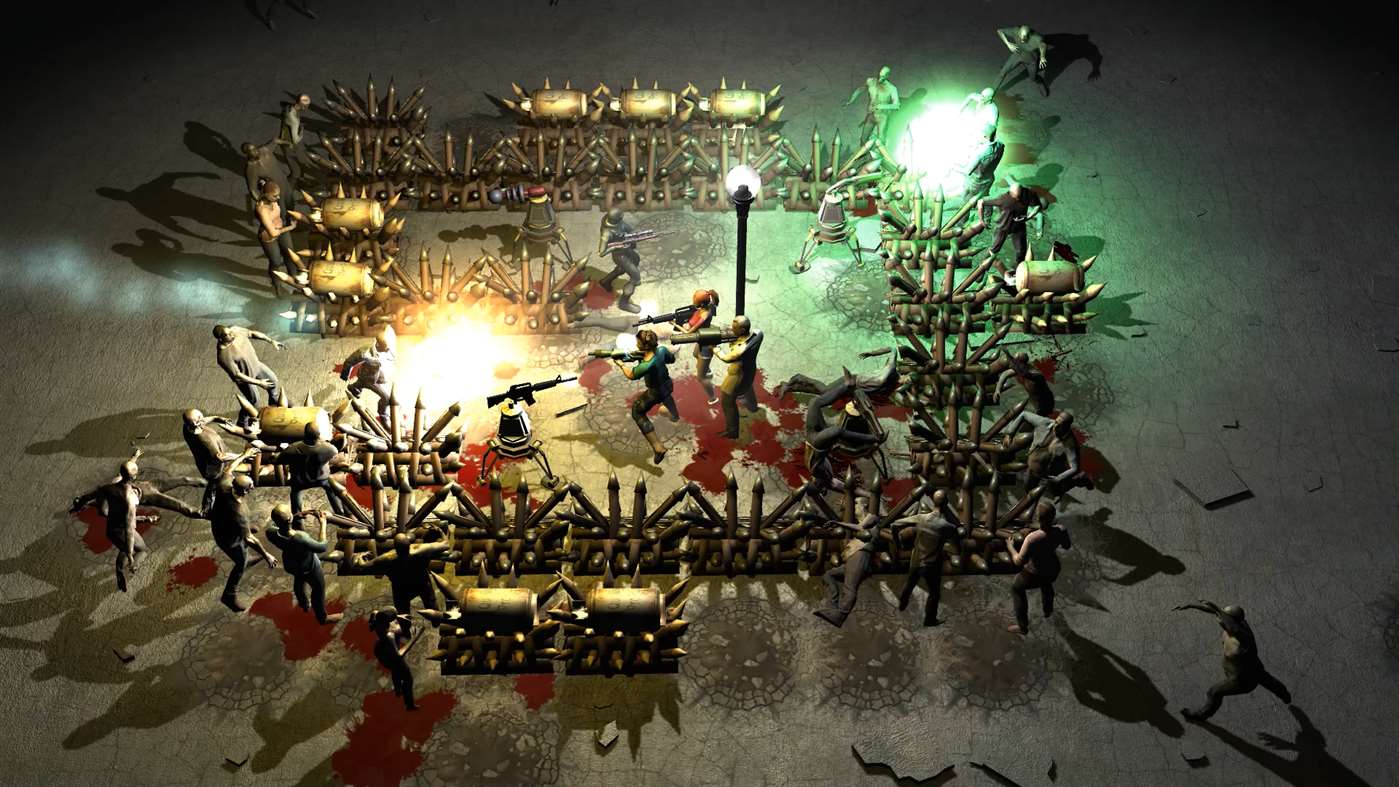 Now the main problem I have is with the coop portion of the game. The game has a local and online mode. Without a doubt, I would choose the local mode over the online mode. It’s always better to play with somebody you know than a random person online. That’s not my reasoning behind why it’s better though. When you play coop, whoever is the host is the only one that’s allowed to buy defenses and weapons. If you’re not the host, you have to ask to buy things within the game. You do earn more money when you’re with other people but the difficulty is harder as well.

Overall Yet Another Zombie Defense HD exceeds the expectations that I had going into the game, but falls short of the mark with its online play. This is a great game for its asking price and would be an excellent game to kill time with your friends and family. I know that my brother and I will be playing this game for a while trying to unlock all the achievements. If you’re into zombie defenses go ahead and give it a try. It might be worth your time.

Yet Another Zombie Defense HD Review

Yet Another Zombie Defense HD exceeds the expectations that I had going into the game, but falls short of the mark with its online play.