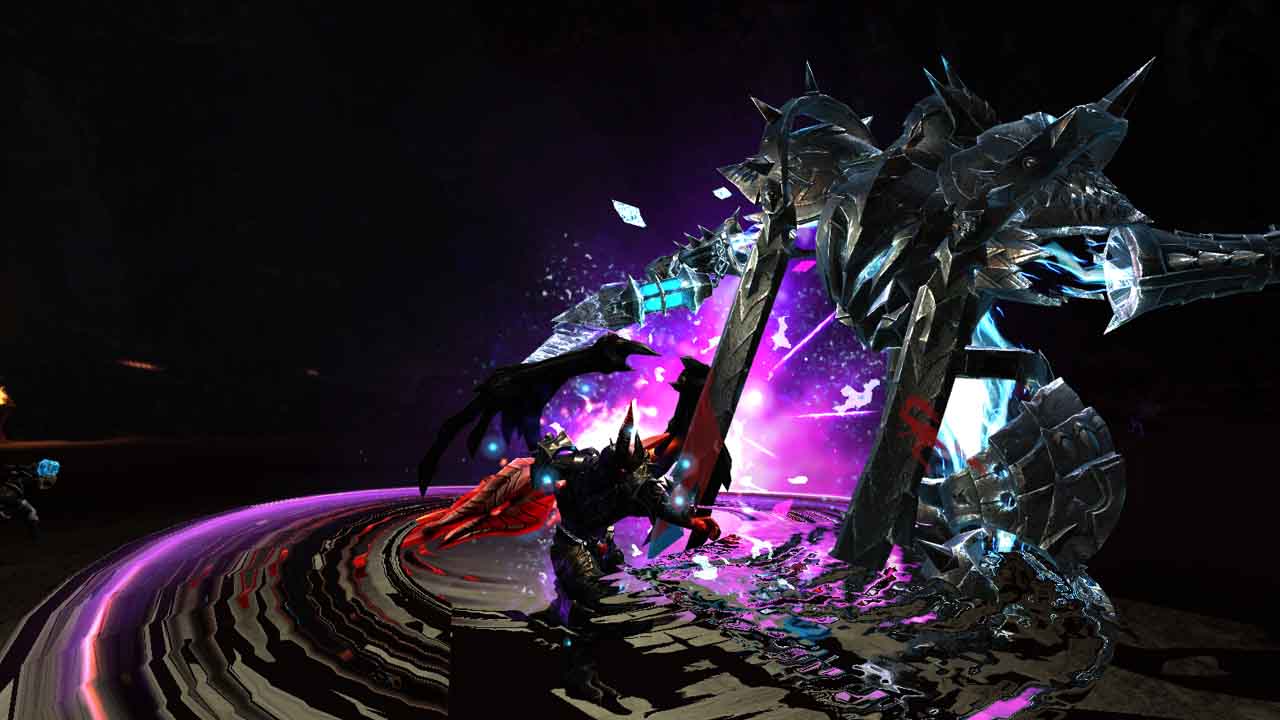 Preta: Vandetta Rising is your typical action RPG in almost every sense. There’s the world ending plot, you the mysterious and not-so-unlikely hero(ine) coming in at the right time, a mercenary camp where you can set up base, and a steady stream of fetch quests assigned to you via a quest board because there aren’t many friendly NPCs in this barren world. On that last note, you can count the number of people you’ll meet on one hand, most of whom don’t have a back story or any real reason to become emotionally invested.

Unfortunately, unlike other RPGs Preta: Vendetta Rising lacks an engaging story line and the absence of both that and likeable characters fails to drive your desire to see the game through to its end. As a result it quickly devolves into a repetitive hack and slash grind to earn rewards. These rewards include equipment recipes, equipment reagents, and the like. To add to the grind, quests are graded on a star system that requires you to complete them within a time limit. This means multiple playthroughs of the same linear level. 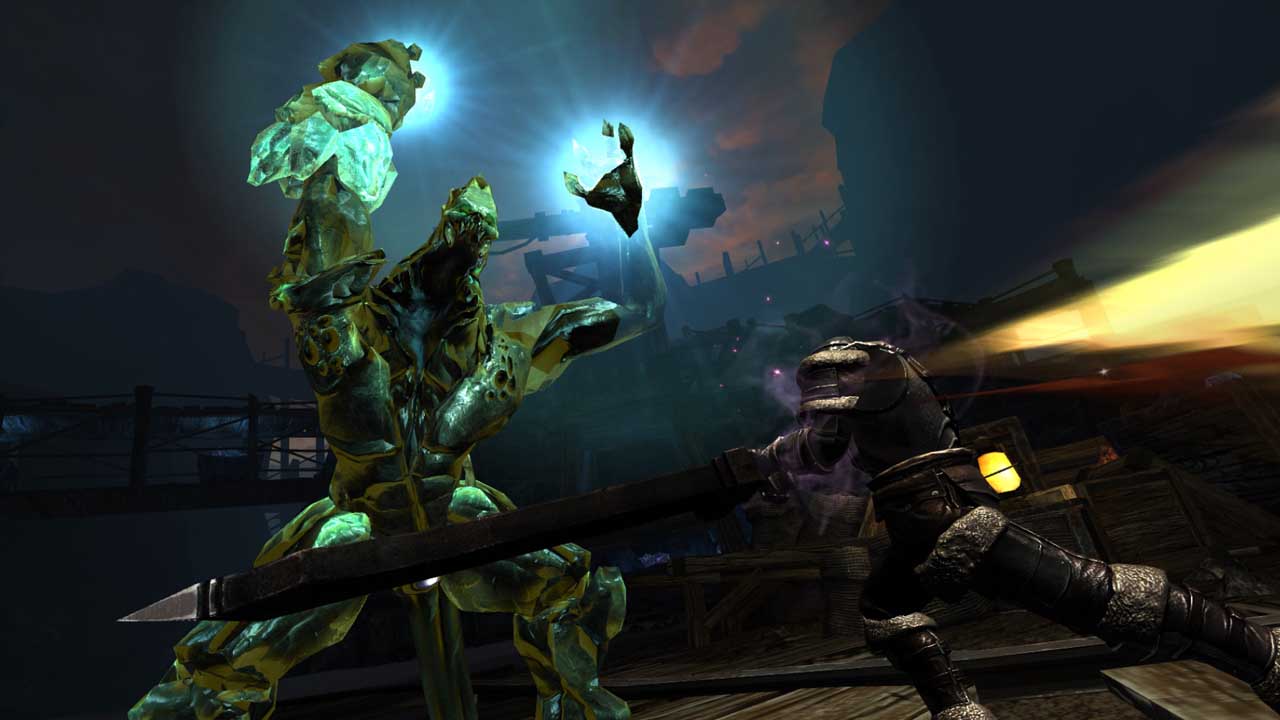 The game is broken into a main hub (and, later, hubs) and map segments where you complete various tasks before returning to the hub. There’s a quest board in the hub that allows you to choose what you’d like to take on next, though they unlock on a linear fashion. Combat consists of basic attacks using x, dodging, blocking, and skills linked to the other face buttons. It’s fluid and it’s flashy, but unfortunately it gets old quickly. There’s also a good measure of challenge, requiring you to dodge and block lest the monsters, called Preta here, end your quest prematurely. Character management boils down to gaining and distributing skill points and crafting and equipping weapons/armour. Crafting is standard fare: you need a recipe and the materials. There are three characters that you can swap between in the hub whenever it feels right. Each controls differently, which is a breath of fresh air, but then they swiftly become stale once more. As you gain skill points, your initial move set becomes a little more varied, but their base animation remains wholly the same.

Companions or pets become available to you as you progress for exorbitant sums of money which– you guessed it!–adds to the grind. There’s an assortment of pets from dragons to goblins to weird flying fox critters, and they add bonus stats to your character. They can also be dispatched to complete missions for you so you don’t have to keep replaying a mission if you need materials. There’s also an online aspect where you can team up with other people to take down raid bosses, but I can’t comment on it as no one was online the times I tried. 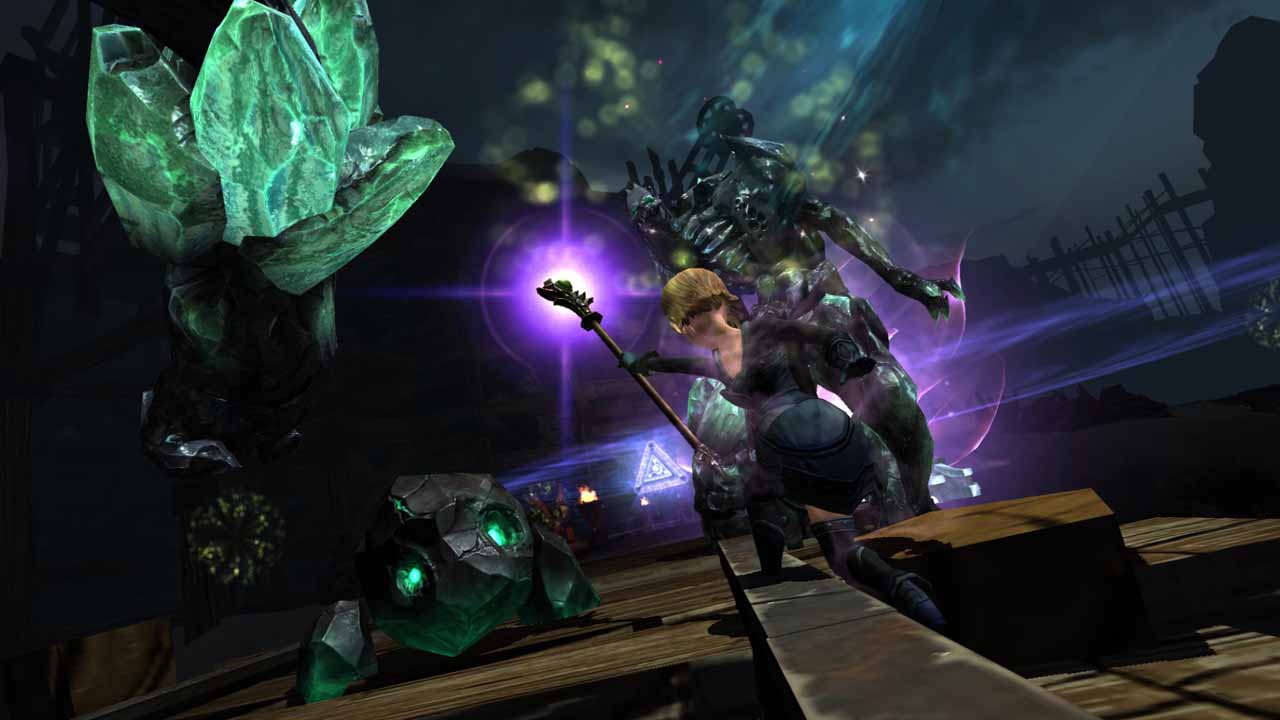 The VR functionality of Preta: Vendetta Rising is limited to the camera view. The PlayStation Eye tracks your head movement so that when you glance around, you’ll actually see more of the level. Unfortunately, this is pointless as there’s the option to move the camera with the right stick, which is often times preferable–especially during combat. The graphics aren’t anything incredible, though the not quite top-down view makes for a unique perspective. I’d liken it to the appearance of a tabletop game and I’m quite a fan.

Good, not great. Preta: Vendetta Rising isn’t a revolutionary title, but it gets the job done if you’re willing to tolerate much of the same. The VR only distinction seems a little gratuitous considering how the headset is utilized and there’s not much reason to keep playing beyond your own desire to earn stars and craft the best equipment, so those looking for a game that will engage and amaze them may want to look elsewhere.

A textbook hack and slash that could have done without the “VR only” distinction over a “VR compatible” one.