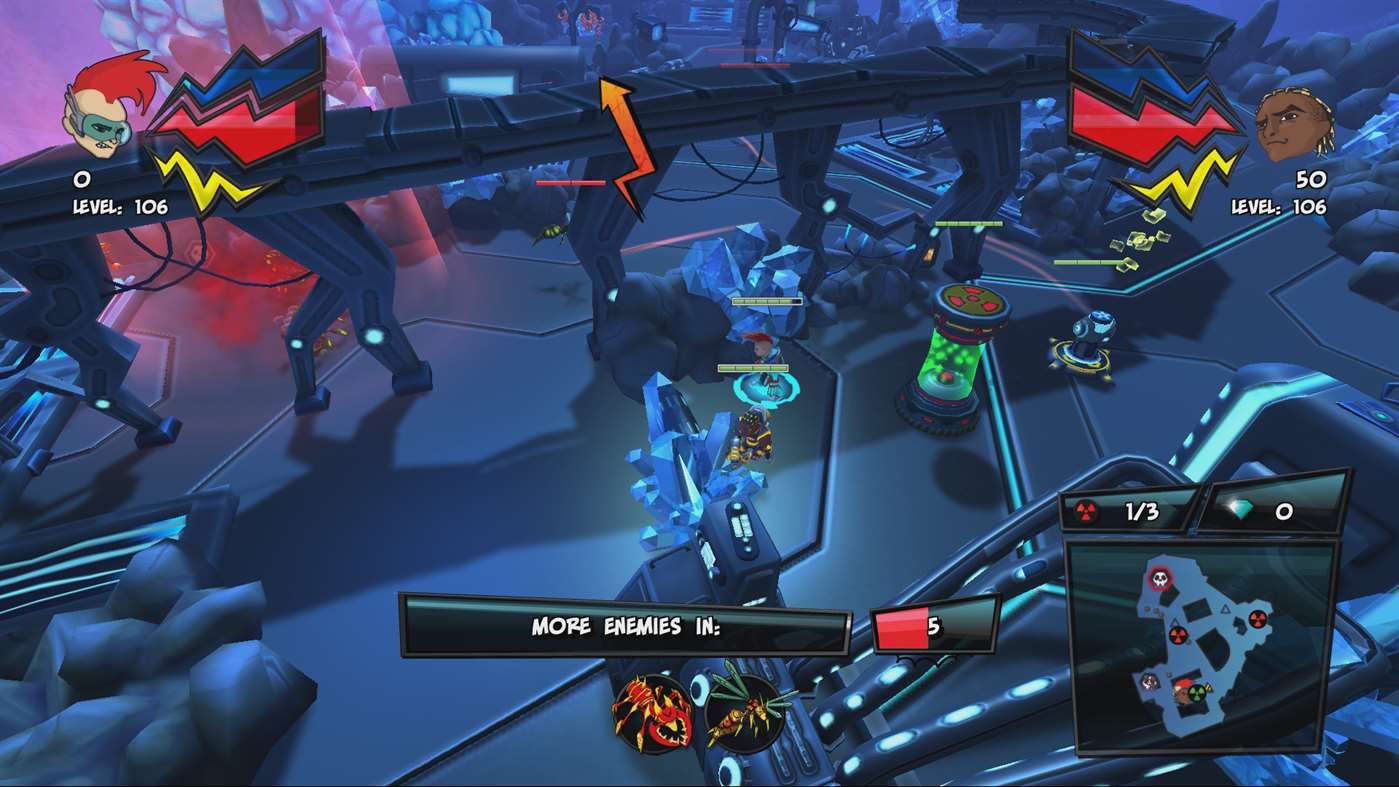 ZAMB! Redux, in my opinion, tries to take the tower defense genre and try to make it where cooperation is necessary to survive. The way that the game mechanics work in some situations force you to work together with your partner you fight side by side with. It feels like the game is meant to be played with another person in order for you to fully enjoy your playthrough experience. The question at hand is, does this work with the game or is it its downfall?

The main plot of the game is very simple and lackluster. The story is told through a short comic book style intro at the beginning of the game. The main two characters are space marines Chrome and Cye and they’re tasked with stopping a mad scientist named Dr. Hundertwasser from spreading evil super mutants in the galaxy. There’s nothing else to it. The trailer for the game is literally the story.  The story answers the who and the what, but not the where, when, why and how. 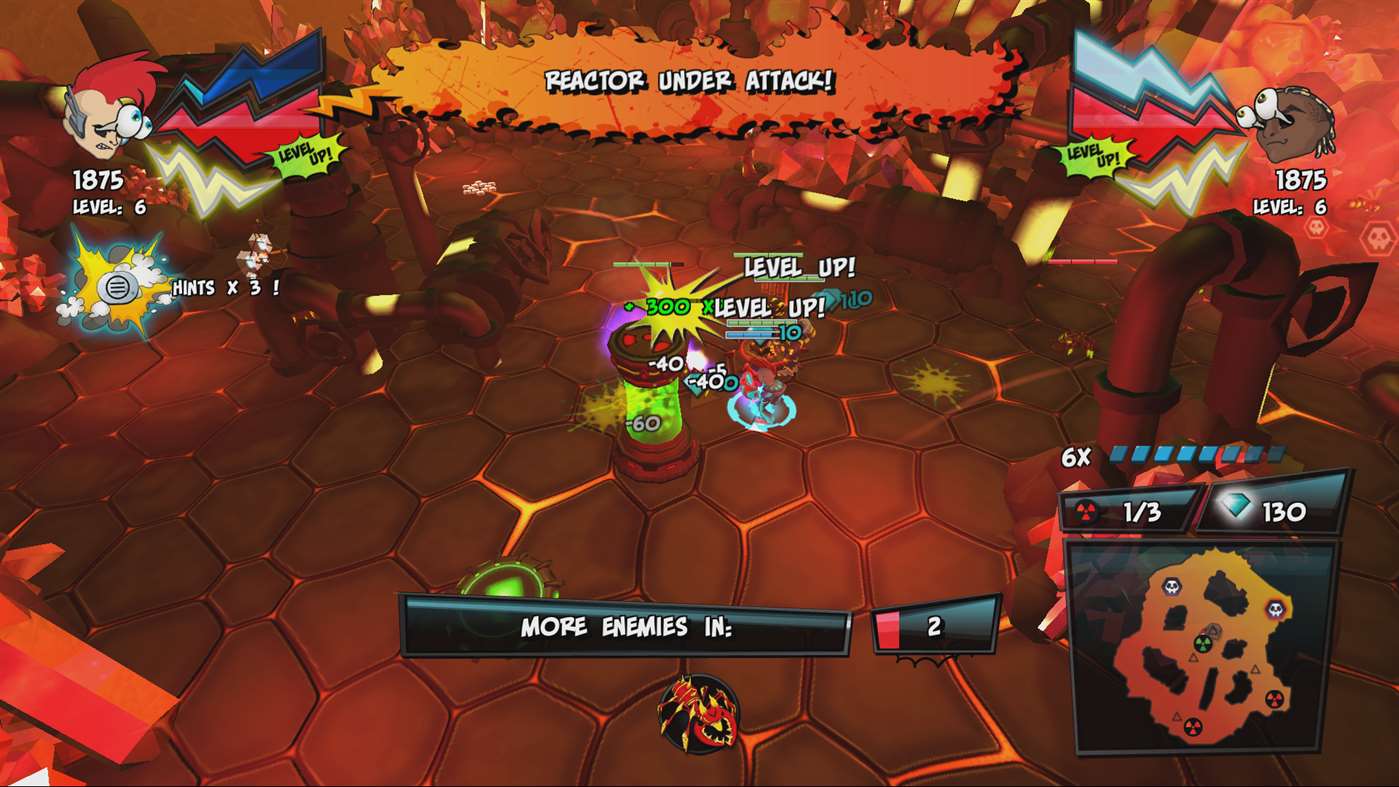 Moving onto the gameplay side of things, each of the characters have their own attacks and abilities. Chrome is a range/ builder character who can place turrets down and uses a blaster to deal damage to enemies. Cye is a melee character who uses blades and energy blasts to defeat enemies. In my opinion, I prefer Cye over Chrom because turrets are more useful and Cye’s melee slashes don’t really seem fun to use. When looking at Chrome’s turrets you’re able to pick them up freely at any time you want. One good part about the game is that it allows you to switch characters on the fly and you don’t have to stick with just one; only when your playing by yourself though. When playing the game solo your AI partner isn’t helpful whatsoever. Most of the time he stays of in the distance while your fighting for your life and you have to switch to him and bring him over to you. At the same time, the character you switched from is still taking damage The one unique part of the game is that you can take Chrome’s turrets and Cye’s energy blasts and traps to make certain combos that do different amounts of damage to certain enemies. The enemies are pretty basic and most of the time you’ll be fighting spiders and mutant looking creatures.

Overall, unless your playing with your friend the game is very tedious and you’ll end up getting bored at the fifth level and the game has twenty-seven levels. Even when I was playing with my brother, we got bored and ended up just playing a different game within fifteen to twenty minutes. Unless you want quick and easy achievements to unlock the replay value on this game is very low. All the levels look the same, but with a reskin to attempt to make it look different. 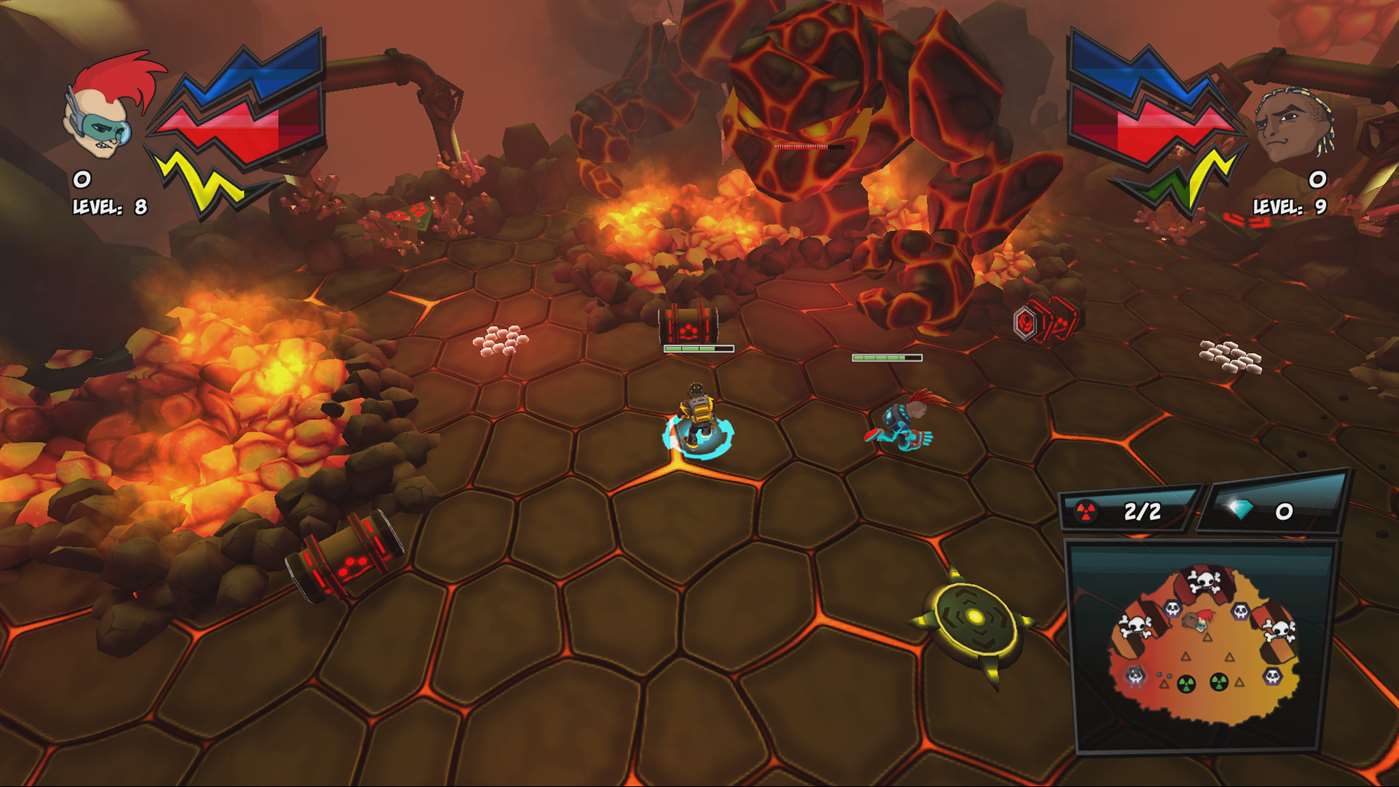 The point of a strategic tower defense game is to make the player think about their every move like their life depended on it. Never did I ever have that feeling during my playthrough. You can literally place turrets anywhere you want to and still pass the level. The only time I was required to think, was what combo does what and how to perform it.

Overall the game itself is below average. My expectations were below what I thought the game was going to be and even then it wasn’t that high. I do enjoy the fact that the game tried to make it a cooperative experience but if that’s the case there’s no online multiplayer option. I love the combo usage, but those two features don’t make up for the lackluster story, fun factor, and overall attention grabber.