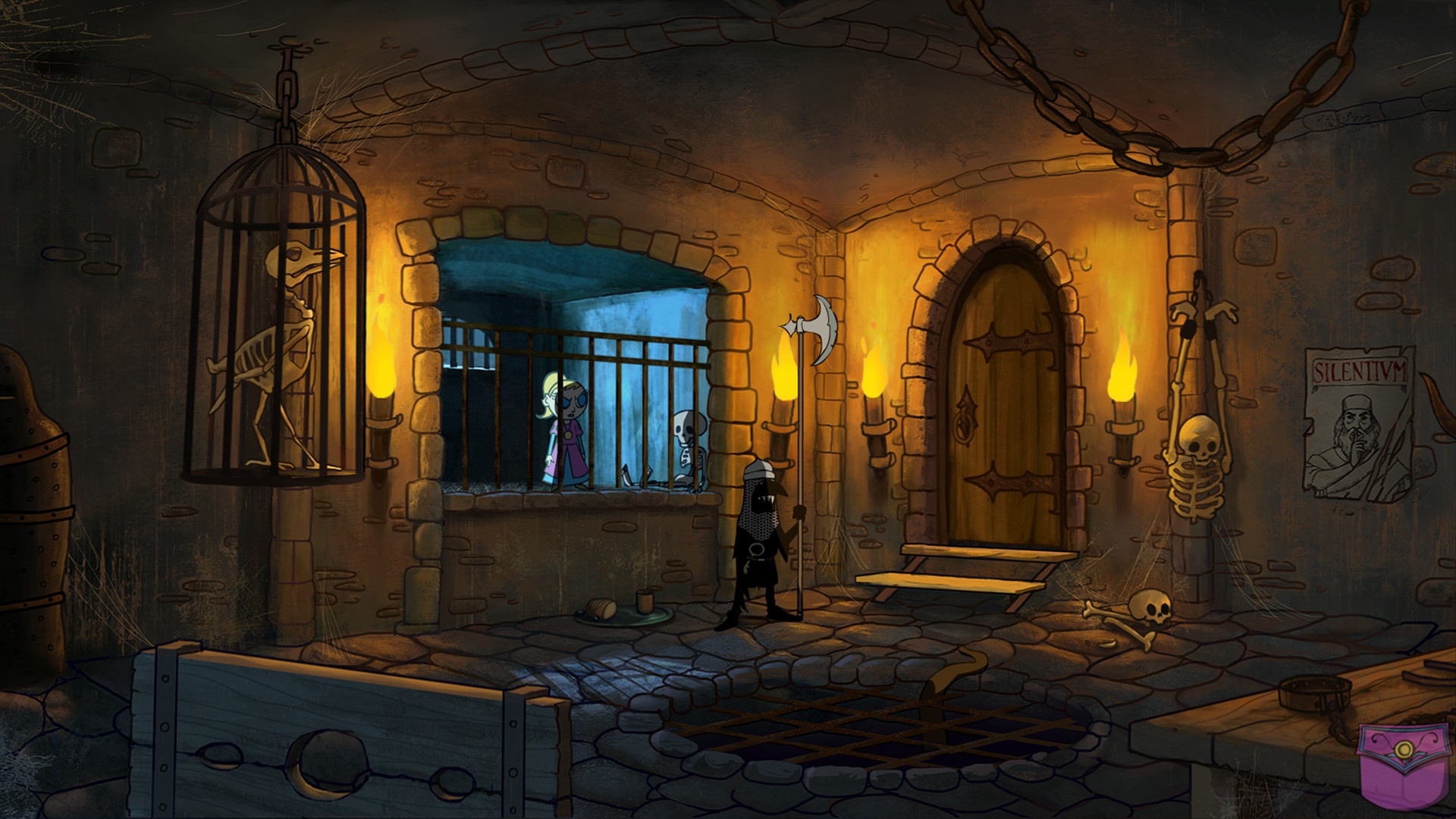 Tsioque is a cute, charming game that follows a princess. The game opens as a book, a fairy tale-like story. An older gentleman narrates that Tsioque’s mother has gone to battle the Phoenix. Tsioque stayed behind and has been captured by the royal wizard, who transformed her home to a dangerous place. The narration revealed that the royal wizard now wants to “rule the minds of all women and men” in the absence of the Queen. Your gaming begins with Tsioque in the dungeon. The plot revolves around Tsioque’s attempts to escape and ameliorate her situation.

The graphics are hand-drawn and lovely. The lighting in the game changes according to the source of the light, and it is perfect in every instance. Every bit of animation performs precisely. The game began with crowd-funding, and you can see in each cell of animation and hear in each note of music that it was made with love.

The game plays well. There are no glitches or bugs that I discovered. It does not use WASD, but point & click, its one and only mode. You have only four options that can be used when the game indicates by the changing of your mouse cursor: perform an action (which looks like a hand), use directional movement (which look like double greater than or lesser than symbols), examine an item (which looks like an eye), or walk (which looks like two walking feet). Every item picked up by Tsioque has a use in the game to help solve puzzles that lead to her escape. 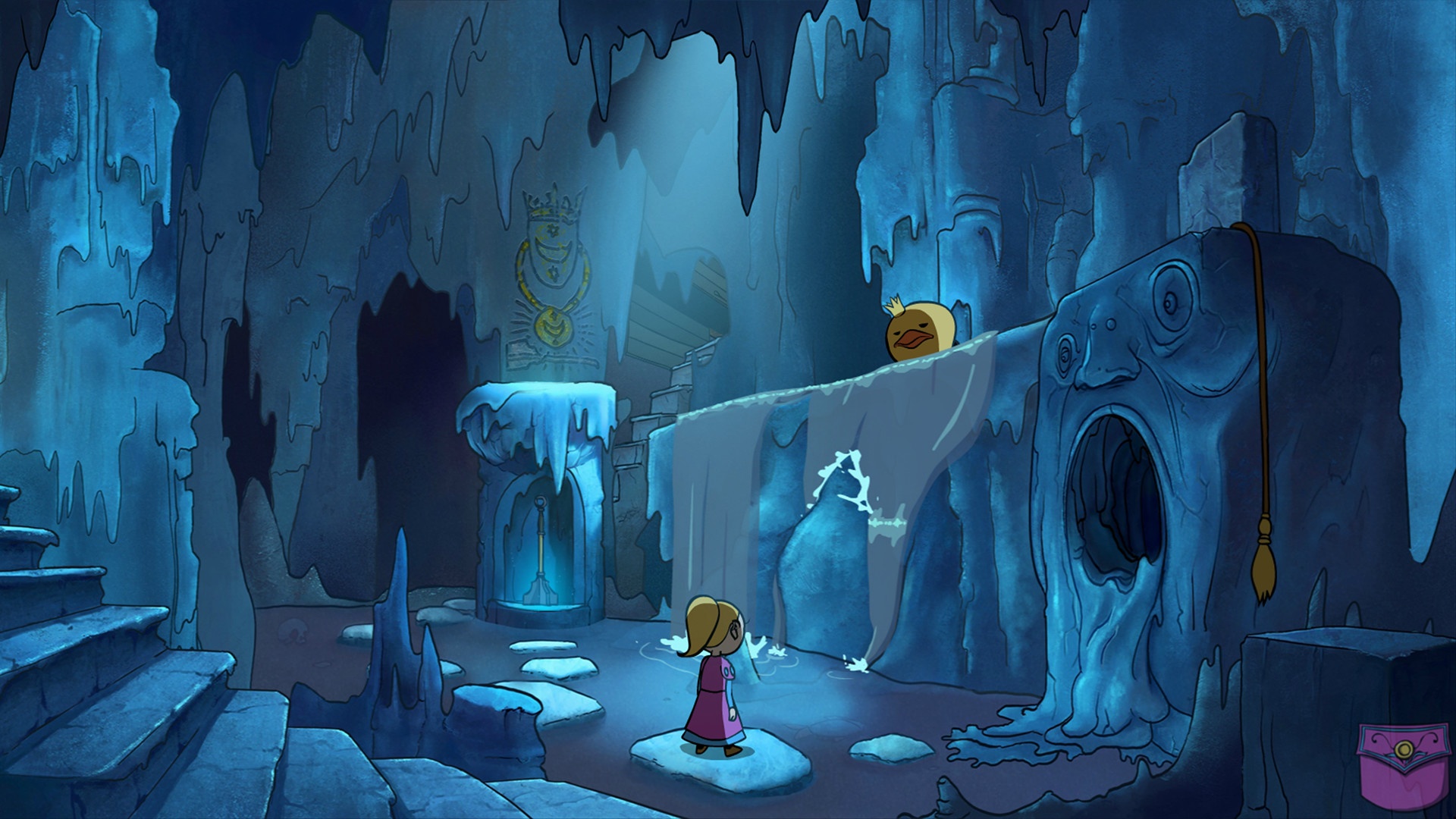 The score is simple, but the music provides ambience. There are also appropriate background noises, which echo as they should in a stone castle. Even the sewing portion has sound effects of a needle moving through cloth.

Tsioque needs to throw her medallion down on the tray that holds food in the jail. Without knowing the meaning or importance of the medallion, it was an action I was unwilling to take. You have no way of knowing that the guard actually returns the medallion to Tsioque until after you have thrown it. The guard is supposed to be keeping her quiet, because the wizard has demanded silence. The return of the medallion is against the guard’s own best interests. I have to admit that I got thrown out of the story there. What guard is so kind as to return items to their captives? I thought it would have been more believable for her to have thrown pebbles from her cell, or even the bones from her deceased cell mate, than the medallion. I was so thrown from the story that it ruined the game for me, and I did not want to finish playing it. If it had been a book, I would have thrown it across the room in disgust.

Tsioque is not particularly difficult, but I did use a text-based walkthrough along with a video walkthrough at a few key points. I got stuck a few more times than just the medallion instance, and the walkthroughs would reveal a clue that I would not have found on my own. When you are off track, the game prompts you to think about what you are doing. It tells you that the item you are trying to use will not help, or Tsioque will shake her head no. If you fail in a specific task that is time-conscious, the game resets to just before the action you must take to succeed. You do not die, just reset. 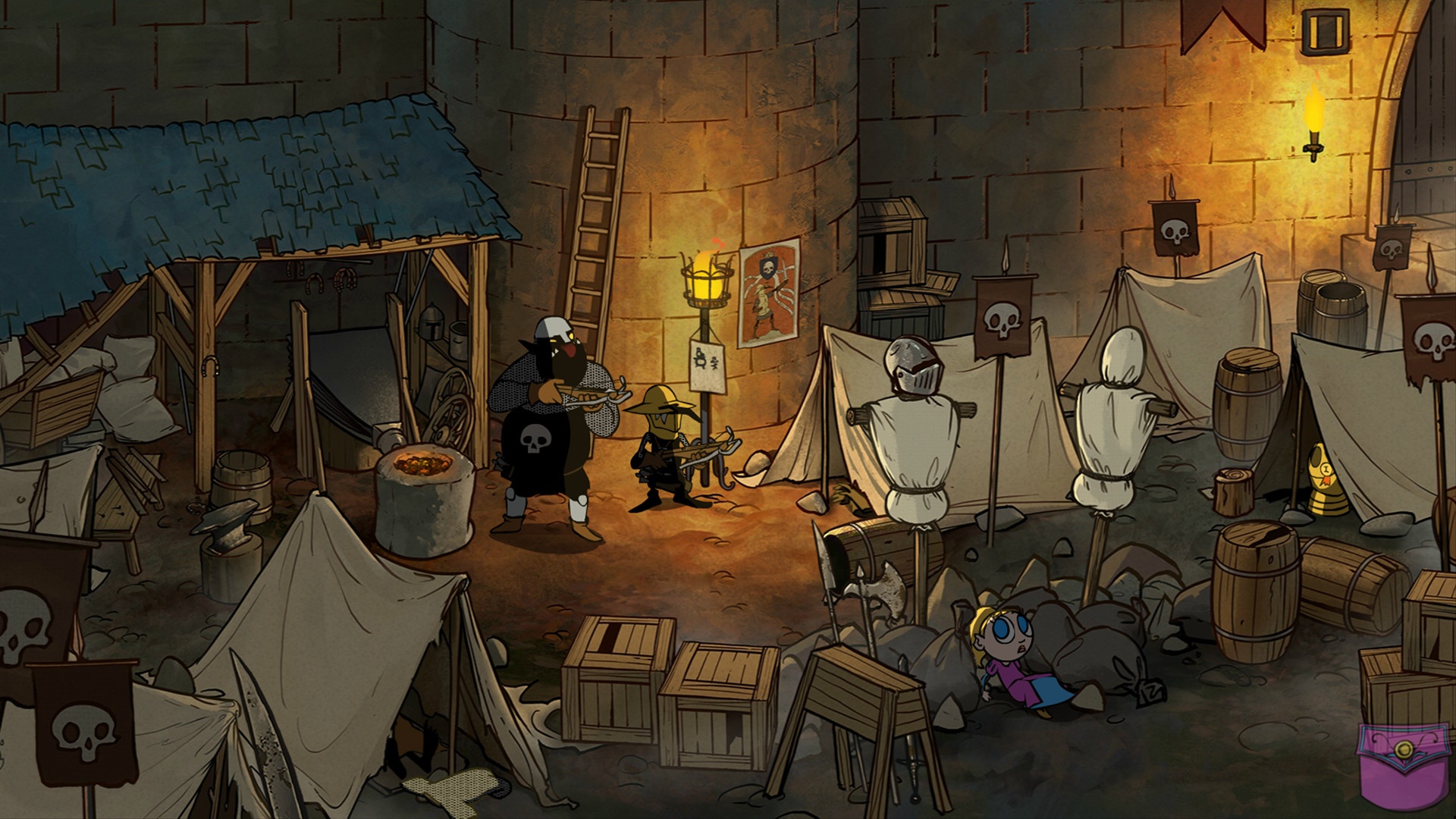 There are several good inclusions that other games do not do. The game is a metaphor that is revealed at the 11th hour, in the conclusion of the game. During the narration, Tsioque sits on a floor strewn with toys, one of which is a wooden sword. Great touch. The wizard’s artifact room in the tower has an enchanted mirror, which portrays the characters from Breaking Bad discovering chemistry by way of Tsioque’s magical world. There is also a humorous scene with a guard who desperately needs to relieve itself.

The game can be completed in under two hours. Everything that is there is beautifully done. If you are likely to replay it, then you may get your money’s worth.

Tsioque is a cute, charming game that follows a princess named Tsioque.