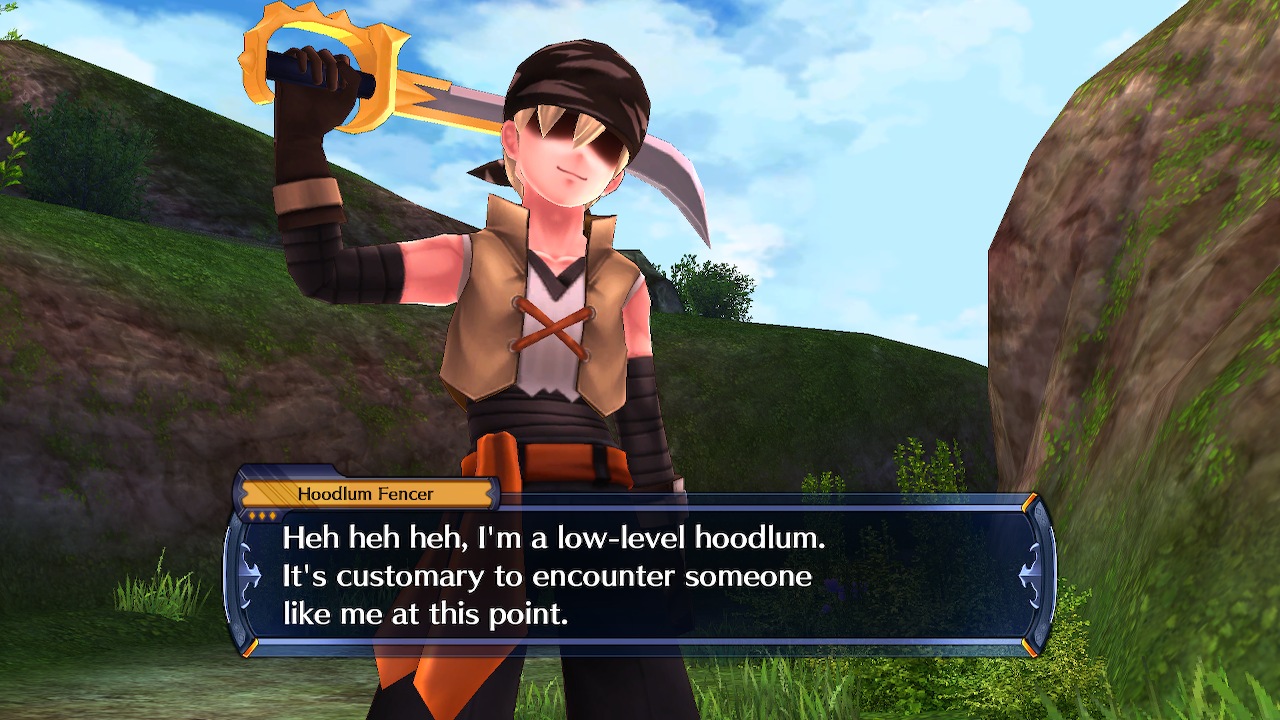 I’m not ashamed in my adoration of Idea Factory. A crazy little publishing company, I’ve found some serious enjoyment in every one of their titles, from the Neptunia series to the ridiculously underrated Mugen Souls Z. Between Idea Factory and Compile Hearts, they manage to crank out games that speak to Japan fans in big ways, through satire and homages of classic JRPG format to outright fan service. Hell, well over half the DLC they publish doesn’t affect gameplay whatsoever, but it will put Vert in a bikini. There’s nothing wrong with that if you’re willing to pay for it. And, since the Switch has been dubbed the second coming of the Vita for certain game types, it only makes sense that Idea Factory turn its sights on Nintendo’s portable powerhouse. Interestingly enough, they did me a solid and started with a title I’ve always been interested by, but never had a chance to pick up. That brings us to the frontline of the invasion, Fairy Fencer F: Advent Dark Force.

The primary game puts you in the shoes of Fang, a dude who’s just trying to eat, live and not die. Along the way, he wanders into a town that’s home of a Fury, which is a semi-mythical sword that’s got a fairy sealed inside. Fang, proving something about tropes of hero selection via legendary weapons, draws the Fury out easily and becomes the master to Eryn, an adorable fairy who is instantly done with Fang’s ways. Anyways, turns out that there are more than one hundred Furies in the world, complete with fairies of all types inside. The people who wield the Furies are called Fencers, and, surprise, Fang is one. The Furies were used to seal away both the Goddess (a good, pure, benevolent being) and The Vile God, whose name really says it all. You eventually gain the power to slowly remove the Furies from either deity in a play to bring about one of three endings in the game. Will you unseal the obvious choice? Will you decide to be an idiot and uncover the ultimate Evil? Also, is Fang dumb enough to think he’s the only Fencer in the world on this sort of quest? Naturally, he is not, and the whole world rapidly shifts into chaos and madness around a man who seriously just wanted a decent sandwich.

Fairy Fencer F: Advent Dark Force is the souped up, polished and DLC-laden remaster of the original Fairy Fencer F, so anyone who played the original still has plenty to gain with this version. Idea Factory puts the player to task to do a massive number of ideas and quests in what ultimately boils down to “be a good guy.” There’s a lot of exploration, there are hidden items, there are quests upon quests upon side quests, and then there’s the matter of character customization, dialogues to be had, and so, so much more. To better get the scope of Fairy Fencer F: Advent Dark Force, imagine a good length visual novel – say, about 30+ hours – and then try to incorporate that into a JRPG that has multiple endings and a lot of unlocks in terms of getting all the way to the unbelievable level 999. Similar to Dark Rose Valkyrie, which we reviewed last year, this is Idea Factory at their finest, putting players to task to have a game consume their entire world from the ground up in order to give them the most bang for their buck. 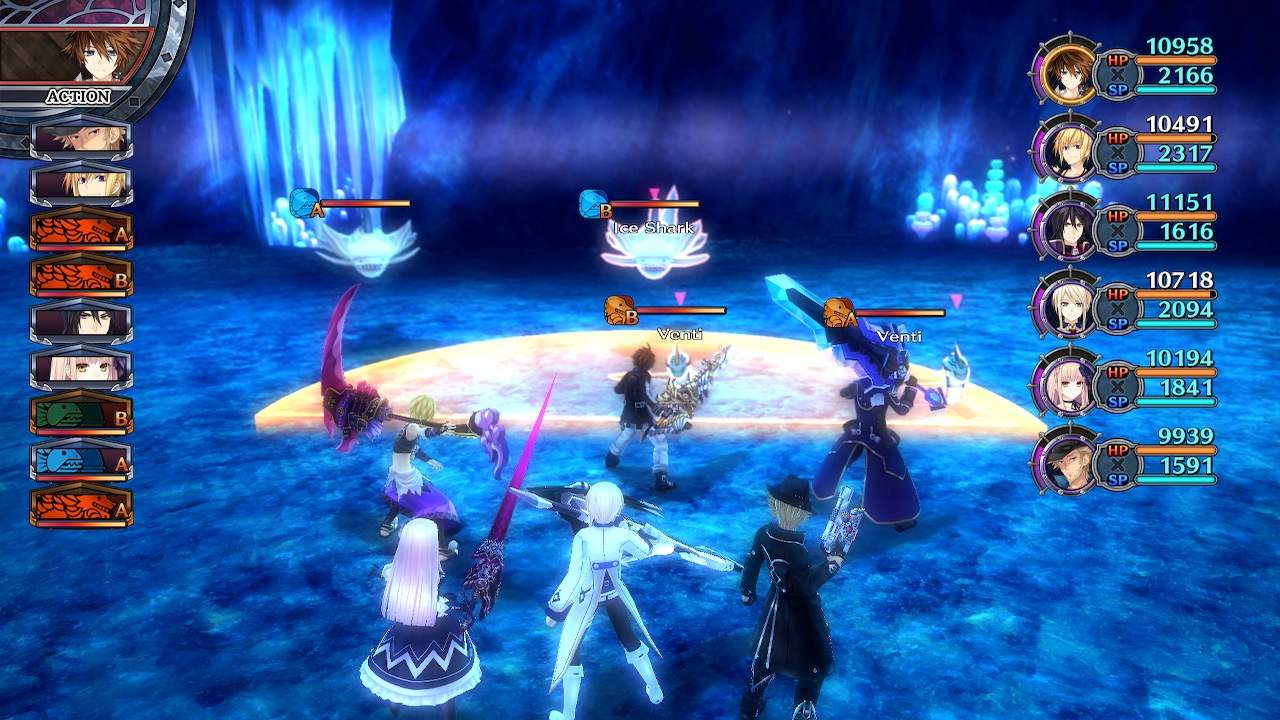 The great points of Fairy Fencer F: Advent Dark Force are exactly what the game attempts to bring to the masses. On the one hand, I really, really enjoyed the storyline. Fang, Tiara, Eryn, Pippin (when you finally get there) all have these dynamic personalities that the voice actors and actresses really convey through the spoken dialogue. There’s a bit of light animation in their faces (similar to what we saw with Sega Hard Girls) that gives a more “animated” impression, as well as CGI cutscenes and the rare animated cutscene to better give gravity and importance to things. The story is mostly serious, but the conversations are peppered with insults, puns, jokes and a lot of runaround that would give the best manzai act a run for their money. Fang is a lazy, petulant, self-centered sort of hero, but he does it in the affable way that you can’t help but like. Which is good, since you’re yoked to him for a majority of the game. Even when you have the ability to use multiple Fencers later on (and you end up working with a party of six, customized, eventually), I always found Fang back in the main roster simply because I liked him best.

Additionally, the combat is surprisingly solid for a game that is mostly centered around the conversations in between. You can engage or dodge encounters for the most part, and the way that the fights work out is somewhere between ATB and constant action, giving players a chance to pivot their Fencers and try to work out the best angles so that regular hits, magical attacks, skill breaks and other sort of combinations can do the maximum amount of damage. Fencers also have the ability to do a “Fairize” attack, where they transform through the power of their Furies and fairies to become some seriously strong fighters and destroy most of the things in the room with relative ease. Not to mention the combination look is really spiffy. And almost everything you do in the course of combat will net you an achievement that adds stats to your characters. Finish ten fights without getting hit? That’s some extra agility. Be the final blow in twenty fights? Bonus stamina. Jump ten times in a dungeon, not for any reason, just because you like the jump button? Hell yea, that’s a bonus! The game does so much to reward you at any avenue that you can’t help but dive into fights time after time to get some perks that don’t come just from straight EXP. The combat is also where you’ll see the most results of the scalable difficulty, which has the original three (Easy, Medium and Hard) and two of the DLC difficulties (Amateur and HELL).

We should probably talk about the DLC that’s baked into here, shouldn’t we? Advent Dark Force encapsulates everything that was released during the run of the original Fairy Fencer F, including some great side dungeons and quests that help give more form to the history of the Furies and various Fencers’ backstories. However, the DLC also includes gear, and players should be aware of this when going into the game. Yes, there are bath towel costumes for everyone initially, as well as Nepgear helmets (because you simply can’t play a single Compile Hearts game unless it has Neptunia in it somehow), but it goes deeper than that. You also start with a series of armor and accessories that can make your Fencer virtually untouchable. After I finished the first dungeon, I went to go equip what I had gotten from a fight only to find these amazingly unbalanced bangles ready to wear. Putting them on meant that I took zero damage for the next…maybe ten hours? Even as I got new Fencers, I still had enough of the gear to load them up as well. Plus, once I understood about putting Fairies into Furies in order to add additional skills and change my combat combos, I suddenly found that I had several S rank Fairies that came from, you guessed it, the DLC. These are fantastic things to have, but players looking to challenge themselves should really, really disable them in the DLC menu at the start before setting out. If you’re looking to drink in the story and the combat is more of an afterthought, then enjoy: you’ll have a pretty easy time getting through a majority of the game, especially if you set it to Easy or lower. 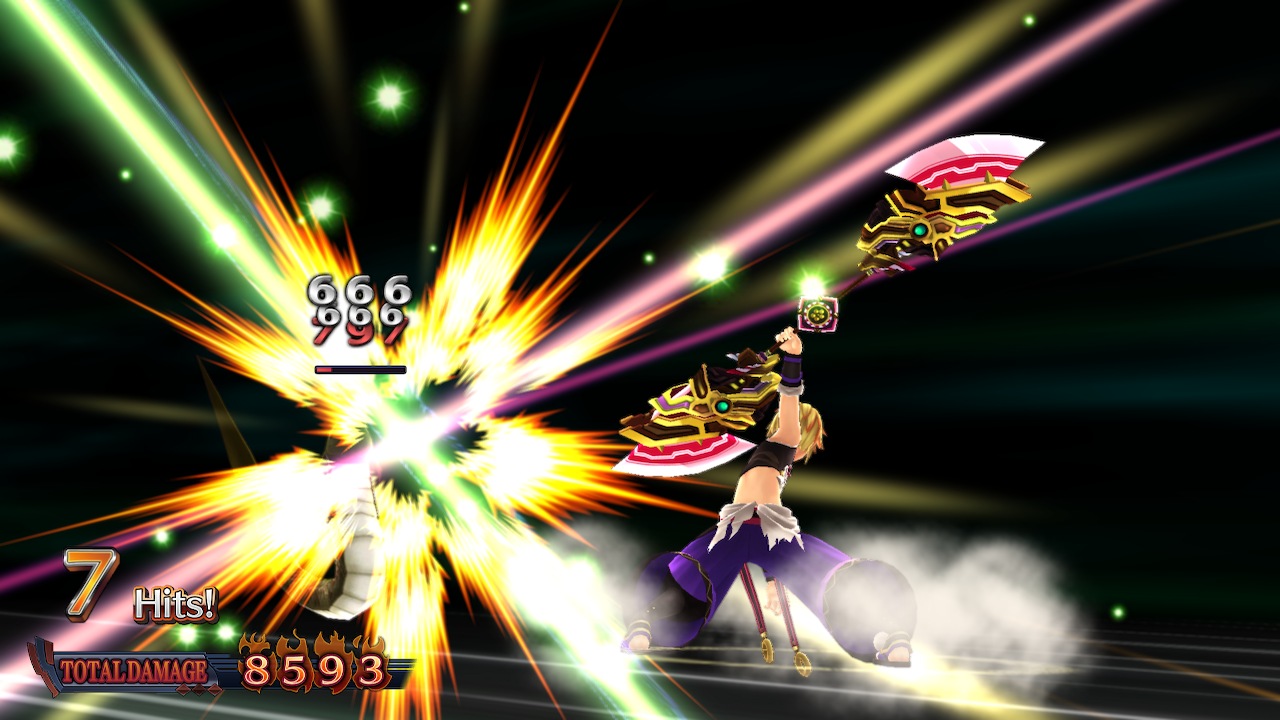 Unfortunately, we must address the elephant in the room: the optimization. Fairy Fencer F: Advent Dark Force is a MASSIVE install on the Switch, coming in at just about 14GB, which is sure to put a dent in anyone’s memory card. This seems like it should be moving towards perfection, but I’m afraid that simply isn’t the case. The game stutters when docked on all occasions, from loading CGI cutscenes to swapping between faces during the VN dialogues, and, worst of all, being a bit jumpy just in the dungeons as you move around and enter into combat. This all gets significantly worse when you try to play in handheld mode, which is such a shame, as the main appeal of the Switch is the portability. If you’re enjoying the game, though, you should know that it also isn’t totally unplayable. Far from a situation where I threw down the Switch in disgust and walked away, I learned to roll with it, to anticipate moments of chugging and less-than-ideal playback, and it worked for me. Graphically, it happened a bit, but at least the audio, which has a phenomenal soundtrack with multiple famous composers contributing, was silky smooth. But it doesn’t bode as well as I’d like for future Idea Factory titles: this is their flagship onto the Switch, and it needs to present well. Sure, fans are going to overlook it because we’ve all dealt with the games being on subpar PCs and just sucking it up, but this is a console. If this is as good as it can get, I’m worried about future endeavors (and I really, really want Megadimension to be on the Switch).

If you can overlook that large but minor technical issue, Fairy Fencer F: Advent Dark Force is a blast to play and has so, so much replay behind it. Unless you’re fully dedicated, you won’t be able to do back-to-back runs to see all the game has to offer: you’ll need to take a break before diving back in to know what happens if you side with the Vile God. There’s a fair amount of fanservice in terms of cleavage, but far less that several titles we’ve already seen on the Switch (waiting for my next Senran Kagura release). If you’ve seen some of the video and are scared by the optimization, then my suggestion is to wait and see if we get another patch to help clean things up. However, if you’re looking for a massive RPG undertaking that you can jump onto TODAY and still be playing when Spring springs, then you really can’t go wrong here.

While sound as a game and fantastic in detail and expansion, this Switch port is marred by some serious optimization issues.