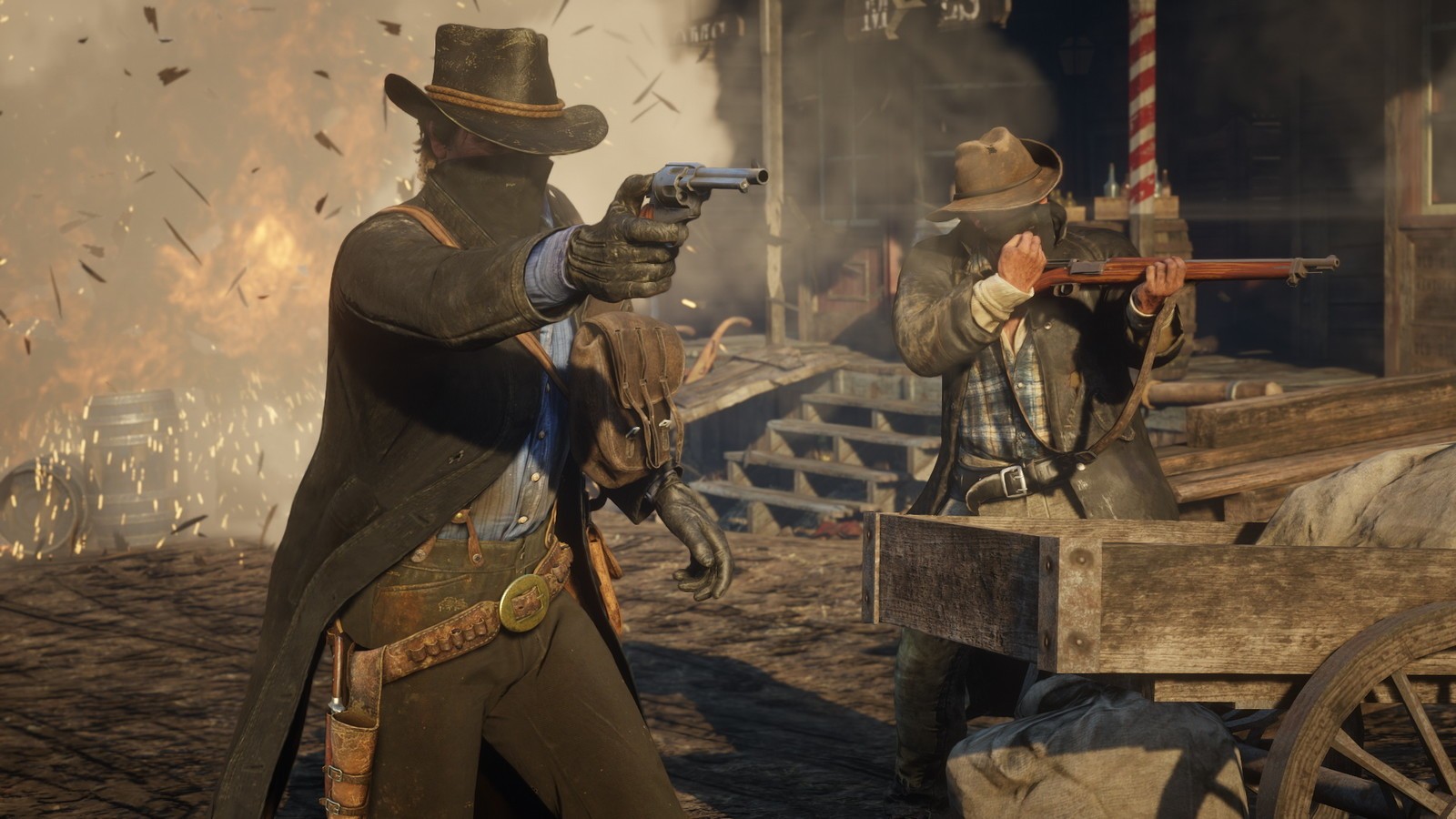 I have always liked, rather than loved, Rockstar’s, Grand Theft Auto games. I love the ambition, the scale, much of the storytelling and the series’ often incomparable attention to detail, but then, I’ve never had much time for its occasionally clumsy sense of humour and its somewhat clunky controls. My biggest issue however, has always been the unshakeable sense of ludonarrative dissonance. In fairness, it’s something that many video games struggle with, that sense that your actions while playing the game are not representative of the character or the story being told. It’s something that I’m often able to overlook, but something that, for one reason or another, I’ve always struggled with when playing Grand Theft Auto games.

Perhaps it’s because so much of the game is built around a largely believable, recognisable world that, when I do go on a rampage only to be met with little more than a minor fine and a slap on the wrist, the whole thing begins to fall apart. It’s unlikely to be an issue to many, but it is to me and something that was all but solved via the release of the exceptional Red Dead Redemption in 2010. There was only so much damage you could do with a horse rather than a tank, and in the wild West, paying a fine to ostensibly get away with murder felt like a much more natural fit. Sure, the mechanics still fell short of the industries’ finest, but a lack of accuracy when using 6 shooters was infinitely more bearable – not to mention the fact that I have no idea how a horse is supposed to handle. The game also did away with Rockstar’s customarily vulgar sense of humour, leaving us with a game that played to all of Rockstar’s storytelling strengths, allowing them to commit to a world without the need for ham-fisted satirical commentary.

That fact of the matter is, while I have never truly loved Grand Theft Auto, I absolutely adored Red Dead Redemption. The characters, the narrative, the setting, it’s yet to be bettered DLC, even the gameplay – I loved every last bit of it. As you can imagine then, like many, my expectations were sky-high for its long gestating follow up…..and yeah, to say that it hasn’t lived up to expectations would be an understatement. Well, that’s not entirely true – in many respects, Red Dead Redemption 2 exceeded expectations and raised the bar so high from a technical and artistic perspective that it has left other open world games feeling old and trite by comparison. But that’s also a big part of the problem – with much of the game being nothing short of exceptional, its errors or perceived weaknesses become all the more glaring and increasingly tough to take. 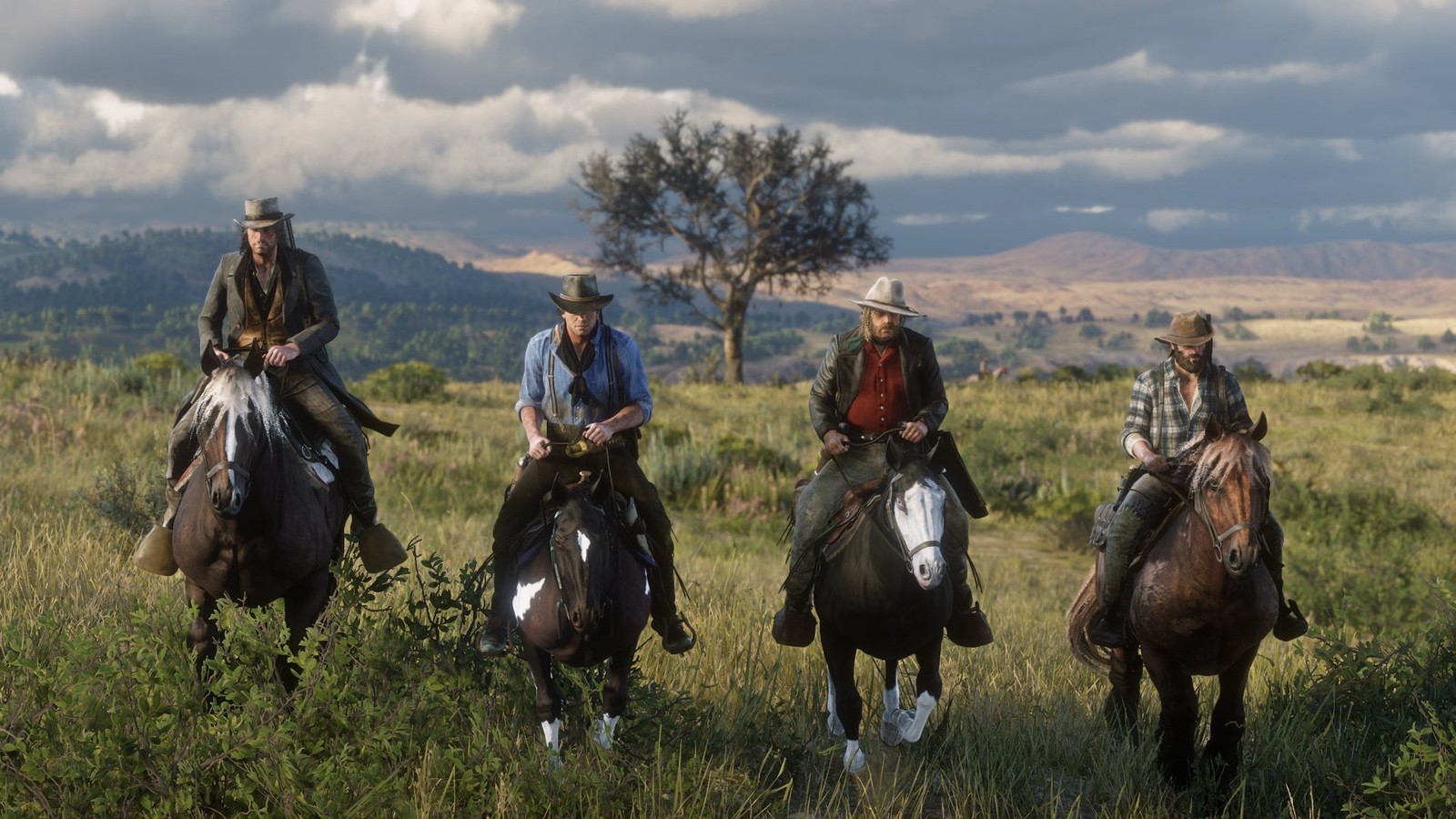 So yeah, Red Dead Redemption 2 might be the prettiest game ever made. It might be the best acted, and it’s certainly one of the best written – so much of Red Dead Redemption is genuinely miles ahead of the competition, but honestly, what’s the point of everything else being so utterly fantastic when the game itself simply isn’t fun to play. It’s like watching the best movie you’ve ever seen while being force-fed cold sprouts. Ok, that was an odd analogy, but you know what I’m getting at. Despite the core gameplay being fundamentally sound, the array of unnecessary and utterly convoluted systems combined with a host of ill-advised design choices have combined to create a game that is regularly cumbersome and all too often, really rather boring.

I’d never go as far as to say that’s it’s a bad video game (that would be absurd) – what it does well, it tends to do exceptionally well, but it is one that, in my experience at least, is rarely all that fun. Don’t get me wrong, like a fine piece of art, it’s easy to admire, to be amazed by its artistic and technical achievements, but I don’t care how good a piece of art is, I’m not going to spend the best part of 70 hours staring at it. That is what is being asked of me here, and if I’m playing a video game that is 70 hours long, it has to be fun, it has to feel good when you’re playing it, and far too often in the case of Red Dead Redemption 2, it fails on both counts.

You all know the issues by now – being forced to walk across camp, no real fast travel, all that damn busy work. It’s all too much. I totally get travelling to locations on missions and I can even understand the limited open world fast travel (they want us to see the beautiful world they have created – I get it), but force feeding the game’s beauty to gamers, it just feels unnecessary. I only have so many hours to play video games, and I don’t want to spend them travelling the same trail for the umpteenth time. Just give us the choice.

Saying that, the lack of fast travel doesn’t compare with my annoyance at Read Dead 2’s array of totally unnecessary systems. I know, I know, it’s going for realism, but really, brushing my horse, cleaning my gun, eating, taking a bath – it’s all so, well, boring. I might have been able to accept this kind of relentless busy work if the systems behind them were slick and user-friendly, but, well, you’ve played the game. 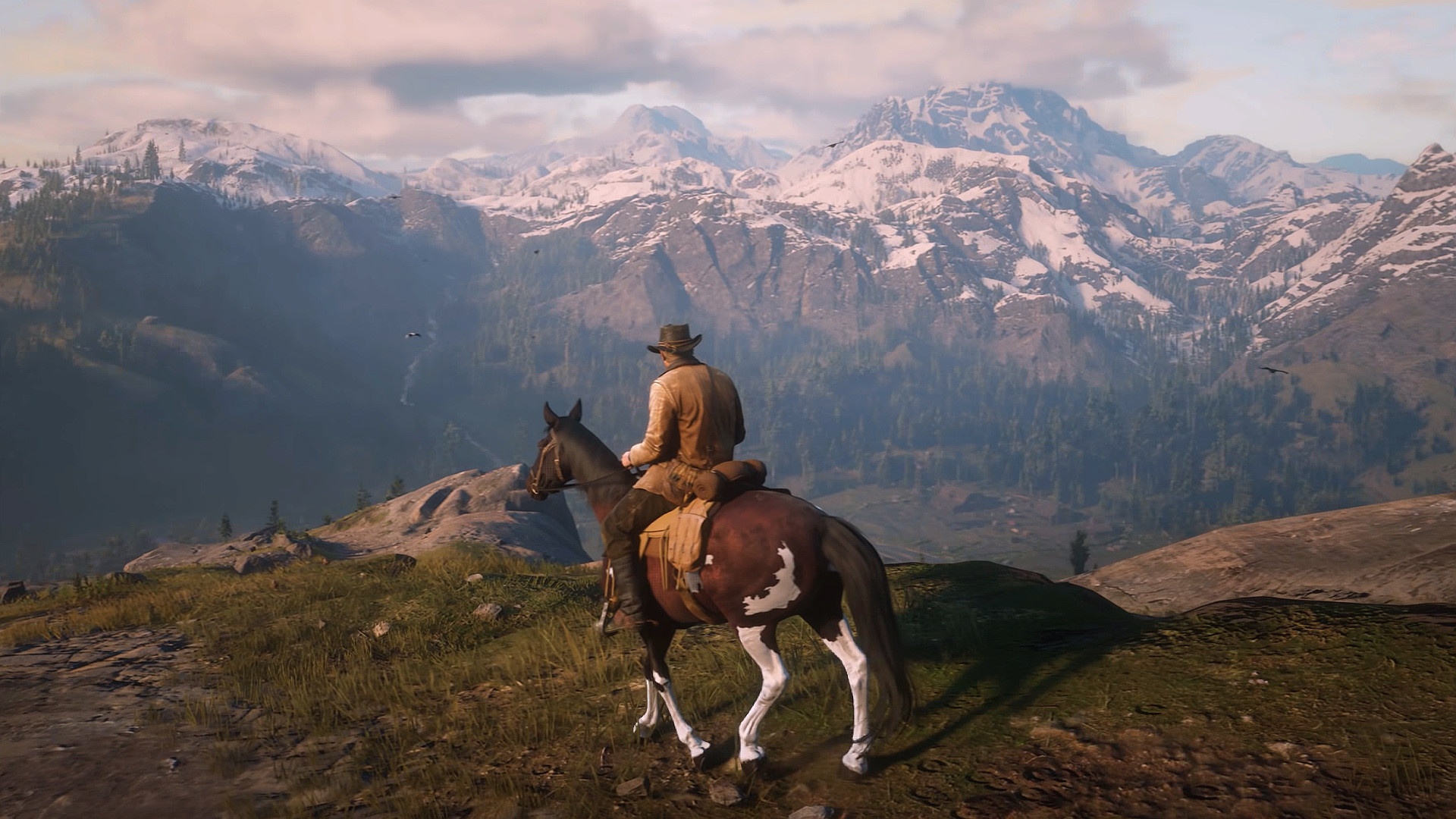 The real issue though are those damned mechanics. They invariably effect every facet of the experience and far too often, they are found hopelessly wanting. Some have complained about the combat, but in my opinion, that’s the least of the games’ problems. It’s hardly reinventing the third person shooter, but for the most part, it works fine, and when it comes to open world video games, working just fine will usually suffice. The problem is, well, everything else – more specifically, the issues relating to all of those cumbersome systems that have been needlessly put in place. Want to have a bath? You’ll need to go to a hotel. Want to upgrade your gun? You’ll need to go to a store and work through the inventory. How about cleaning your horse? Yep, you’re going to need to get off that horse and actually give it a brush. All of these activities sound perfectly straight forward, but that’s the problem isn’t it – nothing here ever feels straightforward. Walking around shops and hotels feels painfully slow and a million miles from the naturalistic tone that Rockstar were so clearly going for.

Character control is endlessly awkward in short spaces while picking the correct activity from the myriad available is not only cumbersome but often dangerous – regardless of what you’re doing, there is always a high chance of you accidentally drawing your gun, thus leading to unwanted and totally unrequired mayhem. Then there is picking stuff up – God, how I hate to pick stuff up in Red Dead 2. Not only does it take forever, but it’s so unnatural – how often do you pick up every day items and really look at them? Hardly ever I’m guessing. It’s just Rockstar wanting to show off the, admittedly incredibly impressive, attention to detail that has been applied to every inch of its masterfully crafted virtual world. As is often the case though, it comes at the cost of gameplay. Looking through items in a store, searching for items in a house – it’s all slow, it’s all awkward and it’s all incredibly boring.

Perhaps I am being unfair, but I feel like I have given Red Dead 2 plenty of chances – the fact of the matter is – I want to love Red Dead Redemption 2. I really want to love it, but after God knows how many hours of trying to force the issue, it turns out that I don’t. Yes, there is plenty to love about Red Dead Redemption 2 as an artistic piece of work, but as entertainment, and above all else, as a video game, it rarely hits the mark. If this was a 10, even a 20 hour video game, I’d almost certainly see it through to completion on the strength of its storytelling, performances and magnificent visuals, but asking me to play a video game that’s 70+ hours long when it’s fundamentally not fun to play, well, that’s just too big an ask. Red Dead Redemption 2 is the technical marvel that we all hoped, sadly, it’s far from the video game that many of us expected.