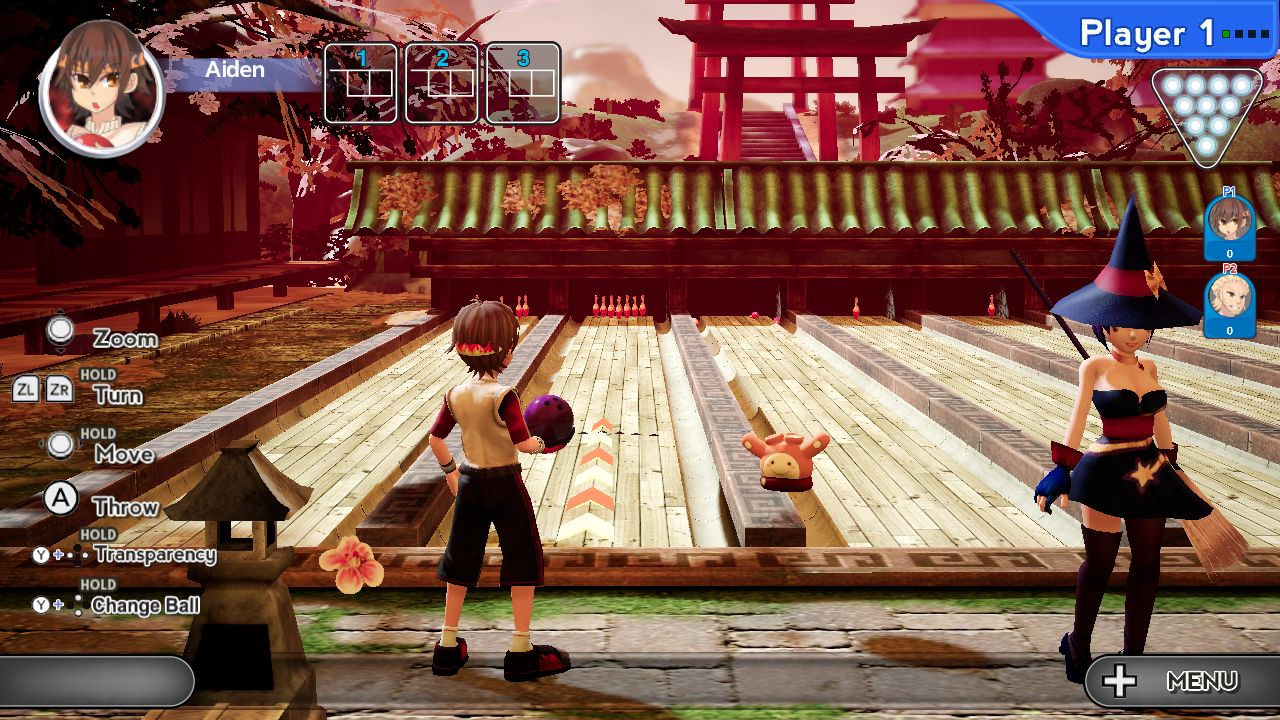 Ever since my joy and elation at the last bowling game that I played on the Switch, I’ve been sort of eager to see new and better iterations of the genre, as well as other sports. After all, what better use of a new video game system than to reinvent the wheel and get some better attention for a relatively simple sort? So when something called Crazy Strike Bowling EX came to call from Corcell Technology, I figured I’d give it a spin. After all, it’s bowling: what could go wrong?

Crazy Strike Bowling EX’s big appeal is the “crazy” part, which comes from the bowling lanes and setups being a bit less than traditional. While you still are ultimately throwing balls down lanes, you’re doing so in strange and interesting places, like in a beautiful European countryside, in the snowy drifts of the deep North, or even in the foothills of Egyptian pyramids. If you choose to do traditional bowling, excellent: enjoy, throw some balls, there you go. However, if you enter some of the “crazier” modes, be prepared to deal with things like hazards blocking the lanes, power ups to achieve and, in some modes, doing battle with friends in what’s considered combat bowling. As you bowl more, you unlock achievements and earn yourself additional costumes for the characters available, letting you customize your athlete to whatever sort of configuration the game inherently allows you to portray. Oh, and you might have noticed, from the screenshots, that some of the characters are distinctly female. They are relatively bouncy in the game, but nothing gets even close to the questionable nature you might see in Gal*Gun 2, so don’t bother hiding the kids.

Out of the gate, there are some things that really seem a bit odd about Crazy Strike Bowling EX. For one, know that this is a cross-platform title. While I appreciate some of the consideration that was made by Corcell in terms of allowing the vibration to be adjustable and to implement some variation of motion controls, it feels more like an afterthought than anything else. The swinging is really all you do, and it feels like a step backwards after playing other bowling games. Though it’s not a problem, per say, this is a bit of a downer: I’d like the motion controls to feel really exciting instead of mundane. Don’t worry, though: there’s plenty more to focus on besides just the swinging controls. Especially once you realize that the button controls are perfectly great to the point where they’re basically overpowered. 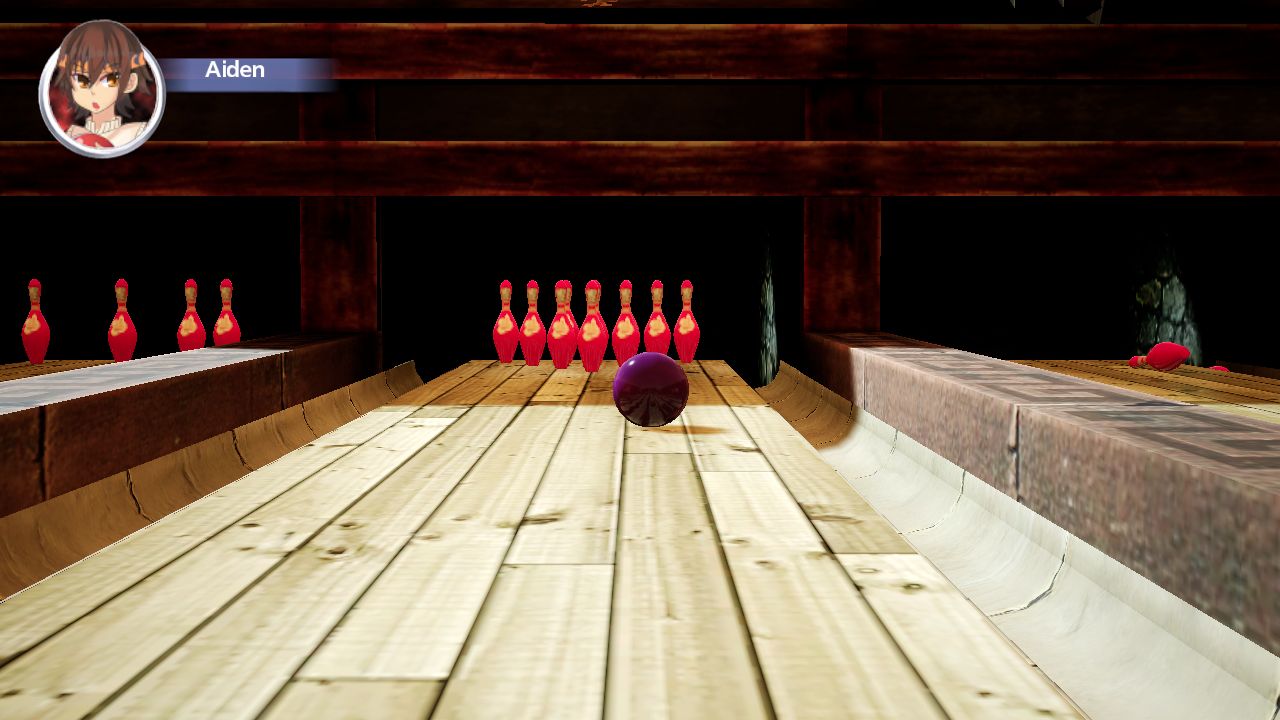 Lining up the perfect strike is just a matter of how fast you can push A when the lines are where they need to be. You have two meters: one for power and one for angle. You can adjust to add spin and such, but that doesn’t come into play until you do the really “crazy” modes. If you’re just doing regular exhibition bowling against your friends, bowling a minimum of a 200 is child’s play. I was shocked and kind of elated after the button controls of another bowling game were ugly and complex. Instead, I could sit back, relax, and throw almost five strikes in a row before I got distracted, missed, and picked up a spare. This should be noted for any completionists: one of the early missions that you can do in challenge mode asks you to throw two spares. Simple: intentionally huck a gutter ball and then come in with the big save to be a hero. Yay.

Then you leave classic exhibition mode and get into the crazy exhibition mode and things get…odd. This is something that probably made sense to the developers and was even fun, but I was really, really put off when stuff started popping up and stopping my ball in the middle of the lane. Not even throwing it off or making it spin or something, just straight up stopping it and resulting in my missed turn. You’re supposed to overcome this by using your superpowers, which are each different for every bowler. You can sort of do a ball shimmy, summon some kind of whirlwind, basically a bunch of things to make your thrown ball try and get around the obstacles, plus using those great geometry skills you still retained from 8th grade. The obstacles have variety and difference in timing, but the idea is the same: keep you from winning. It’s pretty jarring to go into this from the regular game, and felt like something where you need to START playing this way and not change to anything else. If you’re fully aware of what’ll happen with crazy mode, then go for it. Otherwise, just take a five minute break before jumping into it.

Battle mode in Crazy Strike Bowling EX is surprisingly addictive, as you seek to be the first to knock over your opponent’s pins in a sort of Tanks variation. Due to the way the game is set up, having two players go at the same time is insanely funny, simply because you get frantic and attempt to slam your ball into the others in a futile effort to keep your last pin alive. The powerups that you find in the crazy exhibition are here, so don’t be surprised if your opponent seeks to use a bunch of elemental powers to get the upper hand. Playing against the computer inherently lacks some of the excitement simply because you don’t have another person loudly getting frustrated and freaking out as you get closer and closer to knocking over his last pin. If you weren’t totally satisfied with the ways you could conquer the opposition in other bowling games, battle is by far the most personal and genuinely entertaining in terms of achieving sweet, sweet victory. 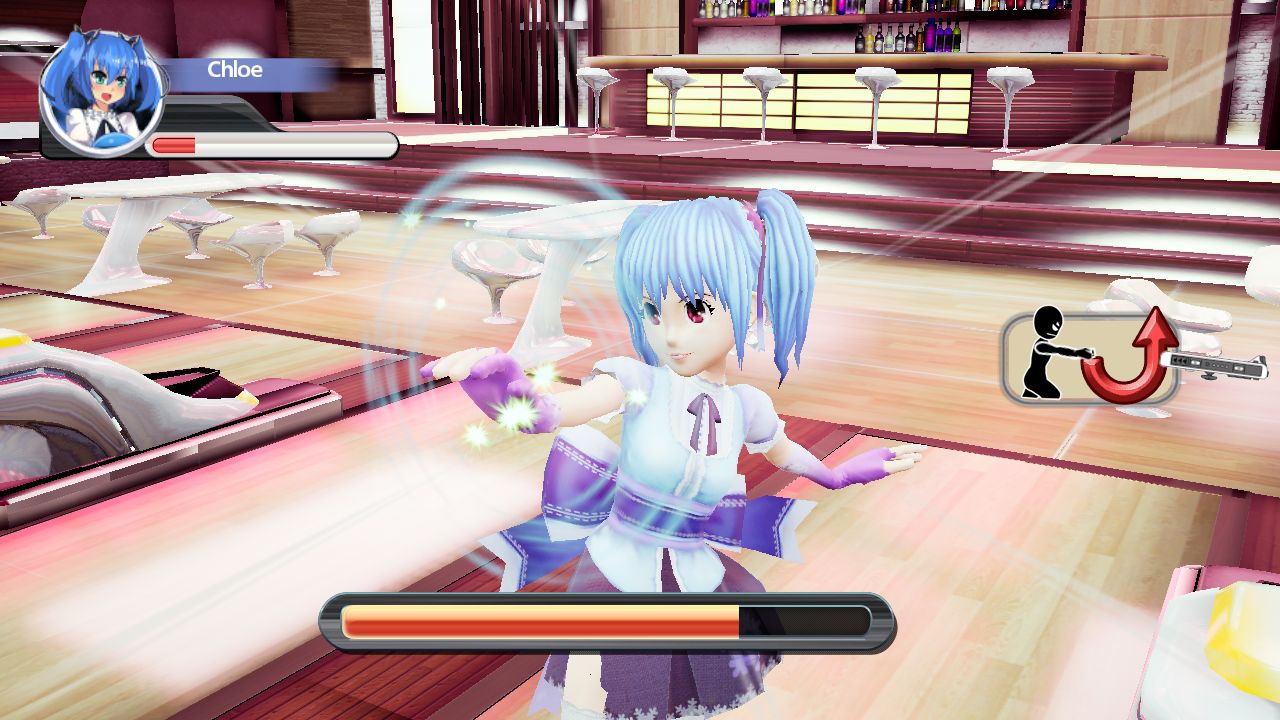 The biggest draw of Crazy Strike Bowling EX is probably the anime tone and avatars and they’re simply all okay. The giant bear is cute, and dressing him up is fun, and the female and male characters are all just previously unknown tropes dropped into the bowling alley. Mina, the girl with glasses and a short skirt; Paris, the buxom bowler who hops with joy when she gets a strike and seems weirdly controlling; Lance is a scruffy blonde dude with camo pants who is supposed to be manly and all that jazz; and more. Basically, you get your fix of necessary archetypes in anime in a bowling game, and then combine it with the absurdity of going to the Amazon to bowl, or having the pins in the North Pole be penguins, and stuff like that. It’s definitely got niche appeal, and maybe the avatars are a bit too outdated in terms of what CGI has shown me is possible, but it’s not bad looking. Honestly, I prefer these anime characters to either a.) having nothing to see or b.) having uncanny valley humanoid knockoffs.

So, in the end, that’s what you’re ultimately banking on: anime characters who bowl. There’s only ten pin, the challenges MUST be done in order to unlock the next stage of them, and you’ll be bowling a long, long time before you can put Paris in the succubus costume. However, it is fun, it’s a decent price, and there’s enough replay value, visual sight gags and good cooperative play that doesn’t involve motion controls. Pick it up if you’re either a sucker for manga style or an absolute bowling fanatic. But don’t be surprised if you can button bowl far better than your real life score might imply.

Far from a gutter ball, Crazy Strike Bowling EX asks that you bear with some crazy conditions to pick up the spare.