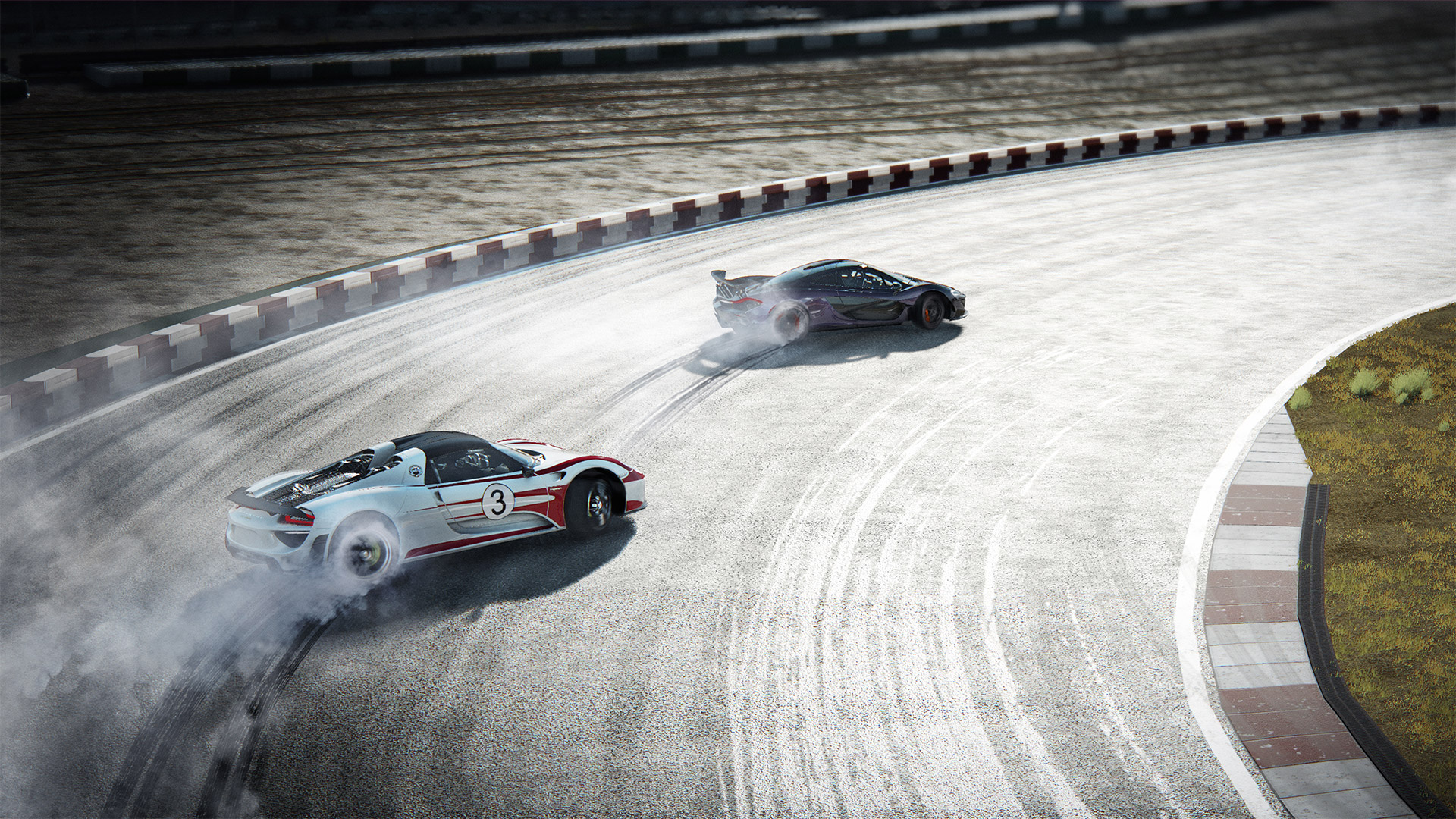 It’s not like this is the first time anyone has tried to combine live action TV with video games, but for a number of reasons, Amazon’s attempt to blur the line between different forms of entertainment feels like a more deliberate step towards a hybrid future in which games could be merged successfully with TV shows.

I mean, there was Defiance, the persistent world massively multiplayer online third-person shooter (yikes) developed by Trion Worlds, a game that served as a tie-in for the Syfy show of the same name, but while there was a cross over between events in the game and the show, the two always felt somewhat separated by their format. Remedy Entertainment’s criminally underrated, Quantum Break did a much better job of combining the two, but as it wasn’t built upon a pre-existing IP/concept, many were actually put off by the enforced TV portions of the experience. The Grand Tour however, that’s a different beast altogether.

I’m not saying it’s a better video game (The Grand Tour doesn’t come close to matching the triple-A quality of Quantum Break), but it does fundamentally come from a stronger starting point. People are already watching The Grand Tour, and more importantly, it’s a show interspersed with what can only be described as very ‘video gamey’ moments. Racing in exotic cars usually reserved for the rich and famous has always been a popular video game pastime, but The Grand Tour goes that extra step of having many of the driving moments built around what would usually be considered video-gamey conditions.

Historically, any attempt to cash in on the popularity of such a show would usually be achieved via a standard tie-in; a simple racing game that benefits from the aesthetic and tone of the show. Perhaps they would have got Clarkson, Hammond, and May in for a bit of awkwardly delivered voice-over ala Forza Motorsport. Now though, well, you get the best of both worlds. You get to watch the show that you presumably love (or at least enjoy), and when it comes to race time, it’s you that’s behind the wheel. Of course, you could just ignore these options and simply watch the show, but The Grand Tour has always had an element of wish fulfilment, and here, you’re in on the experience (albeit in a virtual sense of the word). Also, to simply watch the show would be to somewhat miss the point, wouldn’t it? 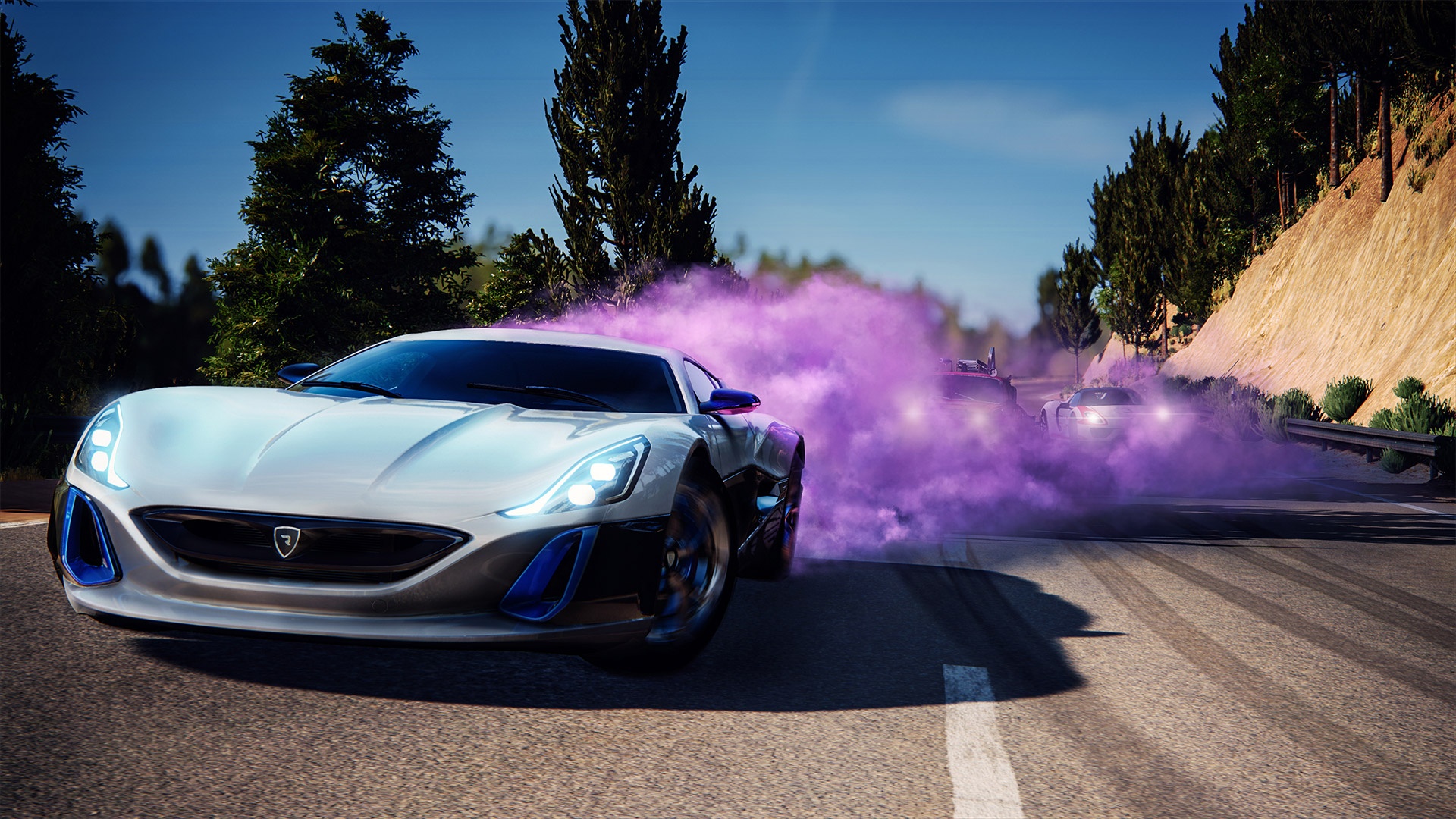 It’s not a perfect merger of TV and video games, but to my mind, it’s the most natural to date and a clear sign of where companies such as Amazon might take the premise in the future. Judged on its own merits, it’s more of a partially successful curio, but if nothing else, it provides a template for what might be achieved in the future.

Future aside though, what we have now is a mostly enjoyable hybrid, one whose success will depend largely upon your proclivity for the show itself, but one that nonetheless does exactly what it says on the tin. You watch the show as usual, and then, in a surprisingly seamless but nonetheless well signposted selection of key moments, you pick up the controller and take over from Clarkson et al to take on the event yourself.

The events themselves are all relatively short and reasonably shallow, but despite falling short of the industry heavyweights, these playable sections look better than I expected and handle much better than I thought they would. It’s hardly simulation stuff, but the arcade-esque handling is easy to pick-up and perfectly responsive. The steering is very forgiving, but its fun, and at least allows you to compete with the surprisingly unforgiving AI right out of the block. If applied to a more robust racing game, the handling model would be just fine and with a bit of additional refinement, might actually offer an enjoyable alternative to the more simulated likes of Gran Turismo.

As it stands though, The Grand Tour’s video game elements are far from robust. They are enjoyable while they last, but few of the events are worthy of replay (unless you’re going for a gold medal I suppose), and like the show itself, serve up more of a one and done experience. In fairness, that relative shallowness is represented rather fairly in the game’s budget price point, but will nonetheless remain disappointing for those expecting more gaming to go with their TV.

Of course, the issue at this point is that we still don’t know exactly how much game you’re actually getting for your buck. At this point, there are three playable episodes (one from each season), all of which are brief but perfectly enjoyable, but with eleven more playable episodes on the way, we still can’t speak to the overall quality of the complete package. Still, if it keeps up the same level of quality delivered in the first three episodes, I think it’s fair to say that you’ll be getting more than enough to justify the £11.99 asking price. By comparison, it kind of feels like one of those extended VR experiences – it’s not a full game, but like that early batch of VR experiences, it feels unique and enjoyable enough to warrant the relatively limited outlay. 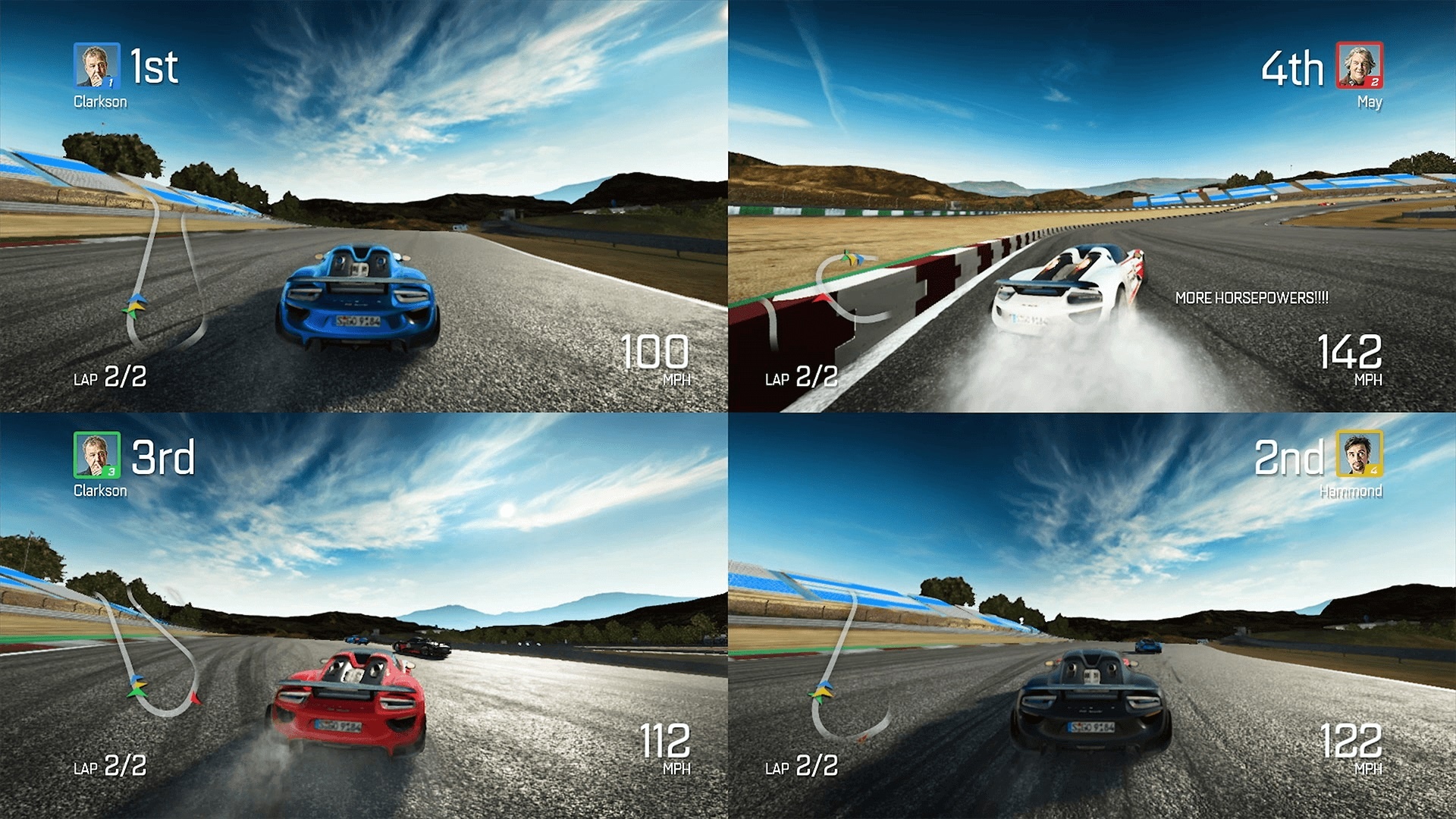 Luckily, if you’ve seen the episodes before or are just keen to get to the ‘gamey’ bits, there is an option to skip ahead to the playable aspects of the package. It obviously works better as a combined experience, but for those wanting to replay events, the option is an undoubtedly welcome one. Whether it be standard racing or one of the show’s more gimmicky challenges, there is decent diversity amongst the game’s challenges, and if nothing else, it does mirror the events of the show surprisingly well. Again, if you’re skipping straight to the events, don’t go expecting a huge amount of content, but in fairness, what is there is all relatively good fun.

The Grand Tour Game is far from a perfect experience – the switch between TV and game, while technically sound, still needs plenty of work, and the game itself, despite being quite a bit better than I expected, still falls short of the incredibly high standards established by the likes of Forza and Gran Turismo. Saying that though, the racing, while brief, is still largely enjoyable, the visuals are solid and the inclusion of 4 player split-screen is a welcome addition. Above all else though, the whole experience works as a surprisingly convincing proof of concept for future interwoven entertainment experiences of this ilk. The future it seems isn’t quite now, but there are signs here that it might be just around the corner.

The whole experience works as a surprisingly convincing proof of concept for future interwoven entertainment experiences of this ilk. The future it seems isn’t quite now, but there are signs here that it might be just around the corner.