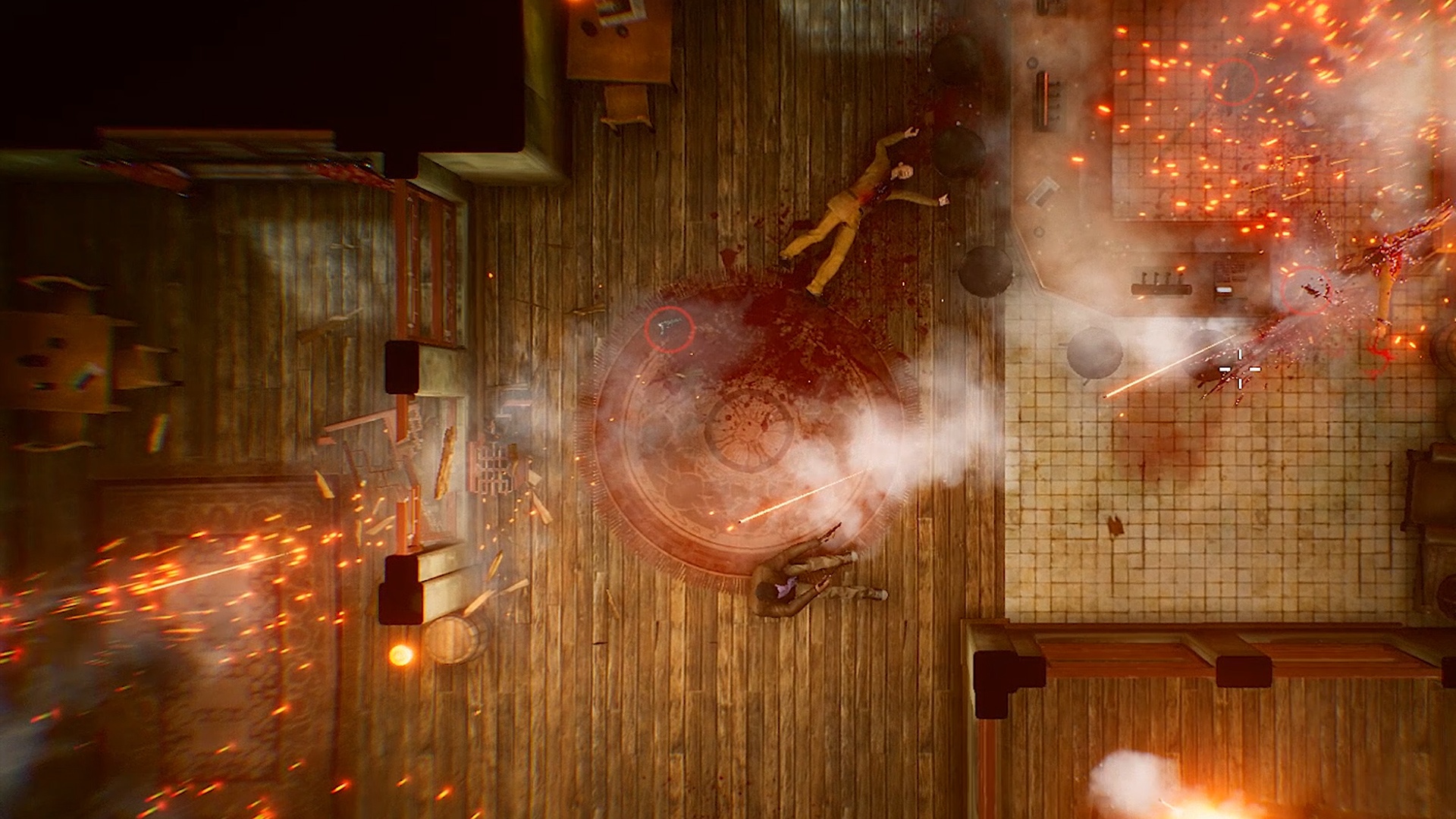 Bullet time as a concept might well feel very 2000s, but if first time developer, VRESKI have proved anything with the release of their Hong Kong action film-inspired, The Hong Kong Massacre, it’s that it remains a resolutely cool and, in video game terms, a huge amount of fun. Perhaps it’s because so few modern video games use the mechanic made famous by Max Payne way back in 2001, but its implementation in The Hong Kong Massacre turns what could have been a stylish but mechanically run-of-the-mill shooter in to something bordering on the sublime.

I say bordering as, despite its exceptional moment to moment gameplay, The Hong Kong Massacre is a bit too repetitive and one-dimensional to be considered a genuine great of the genre. Still, despite its lack of diversity (both in terms of gameplay and visuals), there are few games that can match the pure primal thrill that accompanies The Hong Kong Massacre’s simple, but nonetheless, fantastic core mechanics. 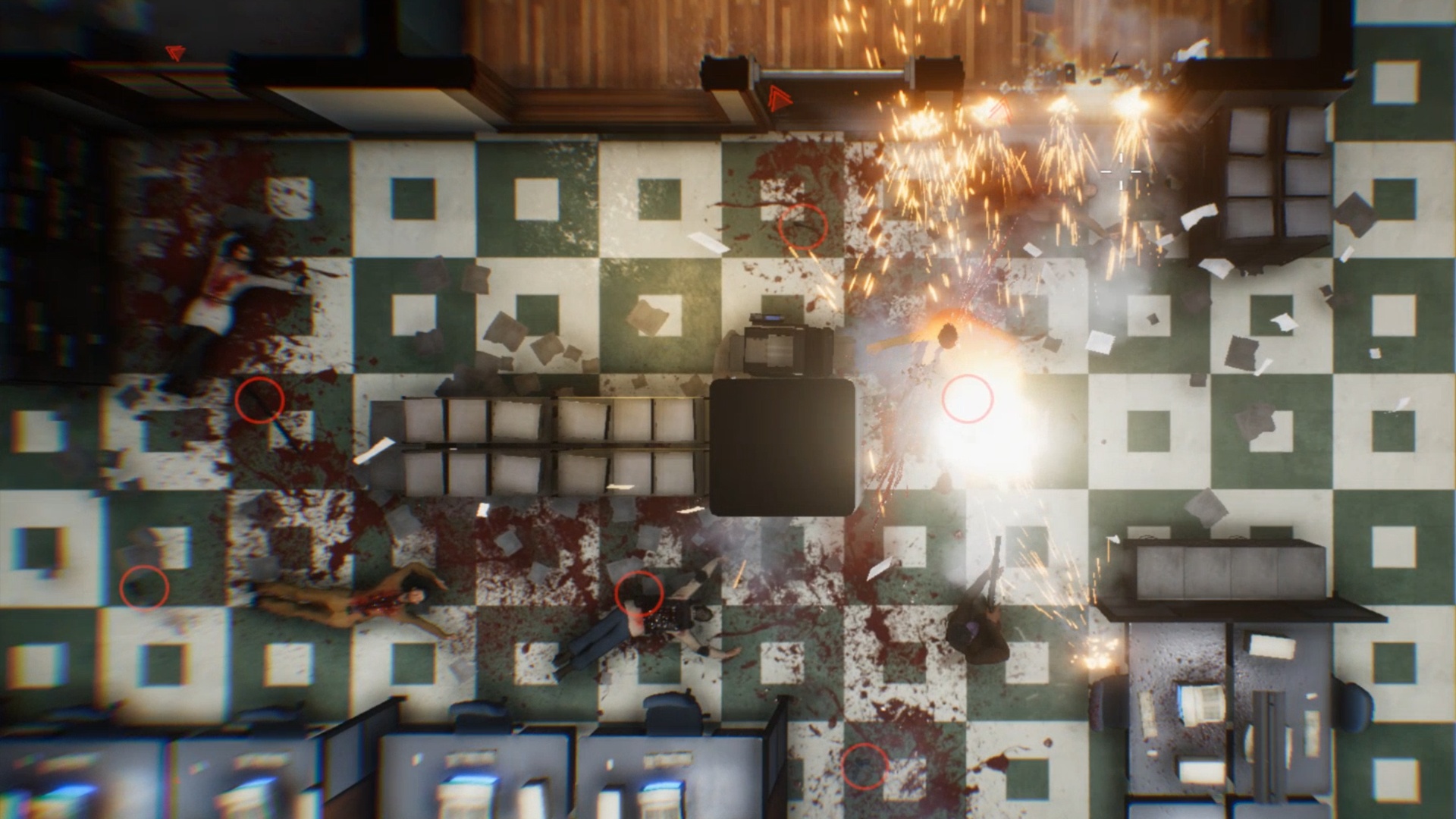 Similar to Hotline Miami in many respects, The Hong Kong Massacre is a violent shooter played from a top down perspective with the aim being to clear a number of rooms filled with genuinely deadly enemies. Like Dennaton Games’, Hotline Miami, The Hong Kong Massacre is a brutally difficult shooter, one that will see a single shot end your game in an instance. The big difference here, beyond the aforementioned bullet time, is the games’ more realistic aesthetic and its visually spectacular gunplay.

Sure, Hotline Miami has always been a cool looking game, but the violence, destruction and bullet-based pyrotechnics are on a totally different level here. Muzzles flash, walls disintegrate and enemies go down in gruesome but, in classic Hong Kong cinema-style, incredibly stylistic fashion. And again, like the games’ exemplary use of bullet time, it’s ultimately The Hong Kong Massacre’s sense of impeccable style that elevates it beyond many of its peers. It might lack the perfectly crafted brilliance of Hotline Miami’s small but brilliantly designed stages, but what it lacks in creative refinement, it more than makes up for via its dark and violent sense of grace and bloody elegance. 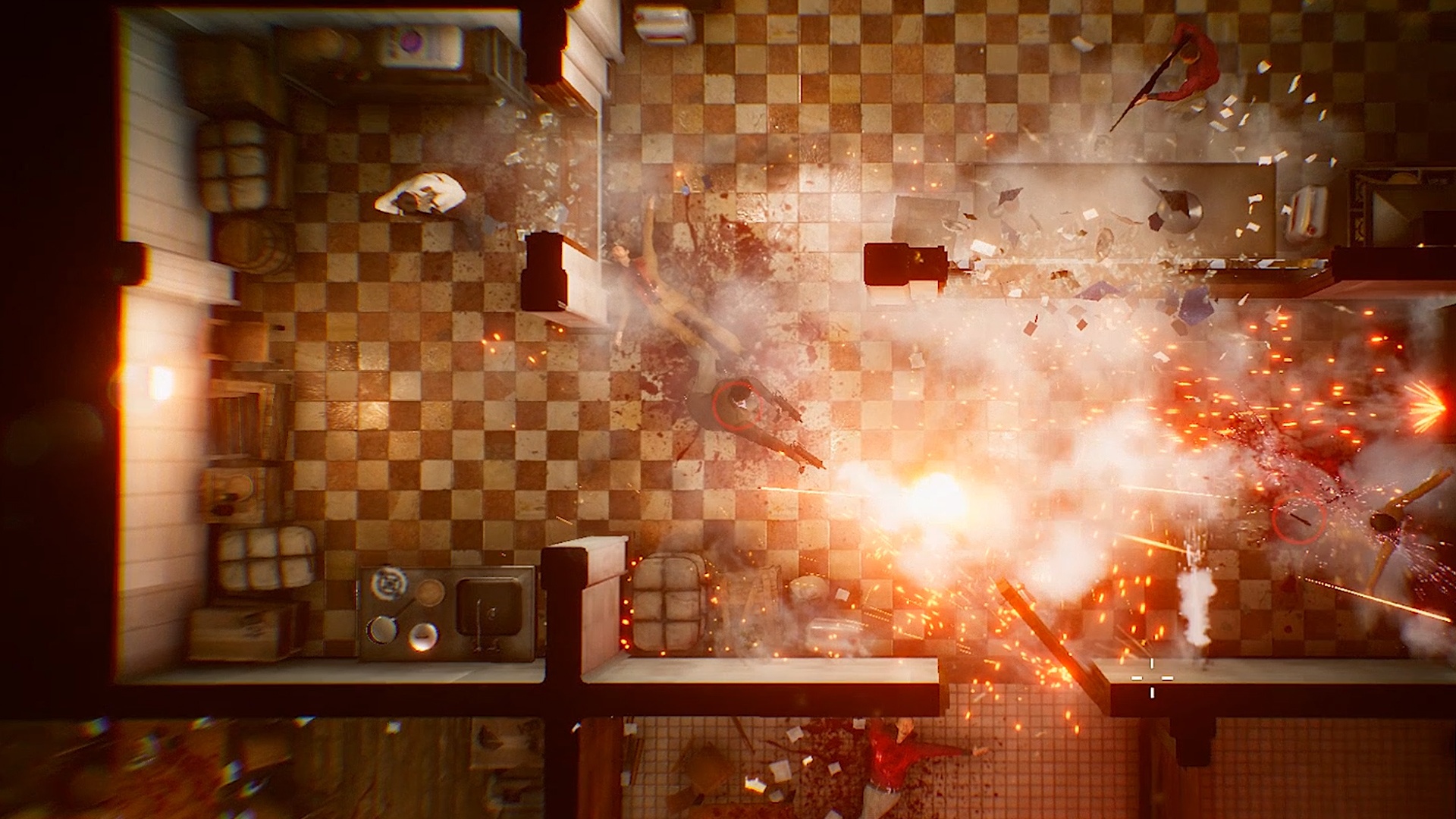 Like John Woo’s finest work, you could argue, with some ease I might add, that The Hong Kong Massacre is all style over substance, and while that might well be true, it doesn’t deter from the fact that, at its core, this is an incredibly enjoyable video game. Yes, the story is both clichéd and clumsily told, and the gameplay itself, despite its brilliance, does begin to wear thin eventually, but when The Hong Kong Massacre is good (and it often is), it tends to be very good indeed.

It’s a shame that the game ultimately lacks aesthetic diversity to go with its strong visual style, that its initially exceptional gameplay eventually becomes stale, and that its story isn’t delivered with a greater sense of conviction, but despite these issues, this long-gestating shooter remains an incredibly stylish and hugely enjoyable video game, one that is elevated by its commitment to recreating the magic of Hong Kong action cinema and its splendid use of the now criminally underused bullet time mechanic. Some will invariably bemoan its lack of new ideas, but for many (myself included), the simple joy of The Hong Kong Massacre’s core gameplay will prove more than enough.

Some will invariably bemoan its lack of new ideas, but for many (myself included), the simple joy of The Hong Kong Massacre’s core gameplay will prove more than enough.