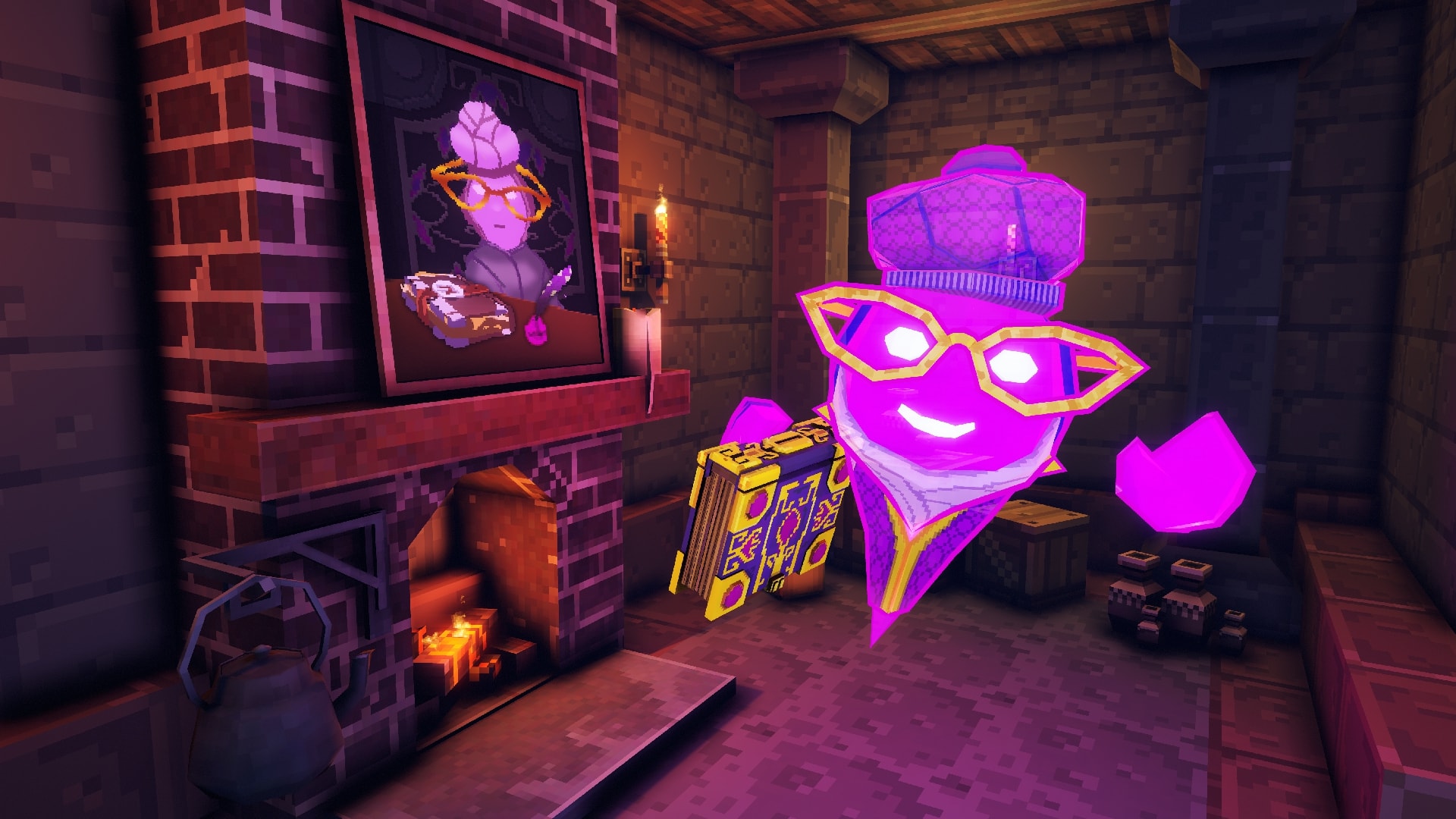 Smash Hit Plunder (SHP) puts you in the robes of a mage bent on destruction. You play from a first person perspective and are given free reign of a medieval castle and its surroundings, unlocking areas one by one as you smash your way through them and earn riches. Using either your Dualshock 4 controller or two Move controllers (advised), you can interact with objects governed by somewhat realistic physics in a race against the clock during which you’re rewarded points for smashing and plundering.

The point of SHP is to wreak havoc. Pointing your controller at objects within your range and pulling the T-trigger allows you to pick up and hold them. The PlayStation Eye tracks your movement, allowing you to bodily throw objects, though moving around areas is done with the controller in a point and click style like in a RTS. Camera movement is also manipulated with your controller. Your field of view is restricted by the hood of your robe and panning it is done by pointing at the floor, holding down the PlayStation button, and sweeping the controller clockwise or counterclockwise depending on your control preference. As you move around areas, you’re able to pick up and interact with a variety of objects. Treasure can be found lying around, but the majority of it will be found by moving objects–and smashing them. You can suck up riches by holding the circle button, adding them to your ever-growing coffers. 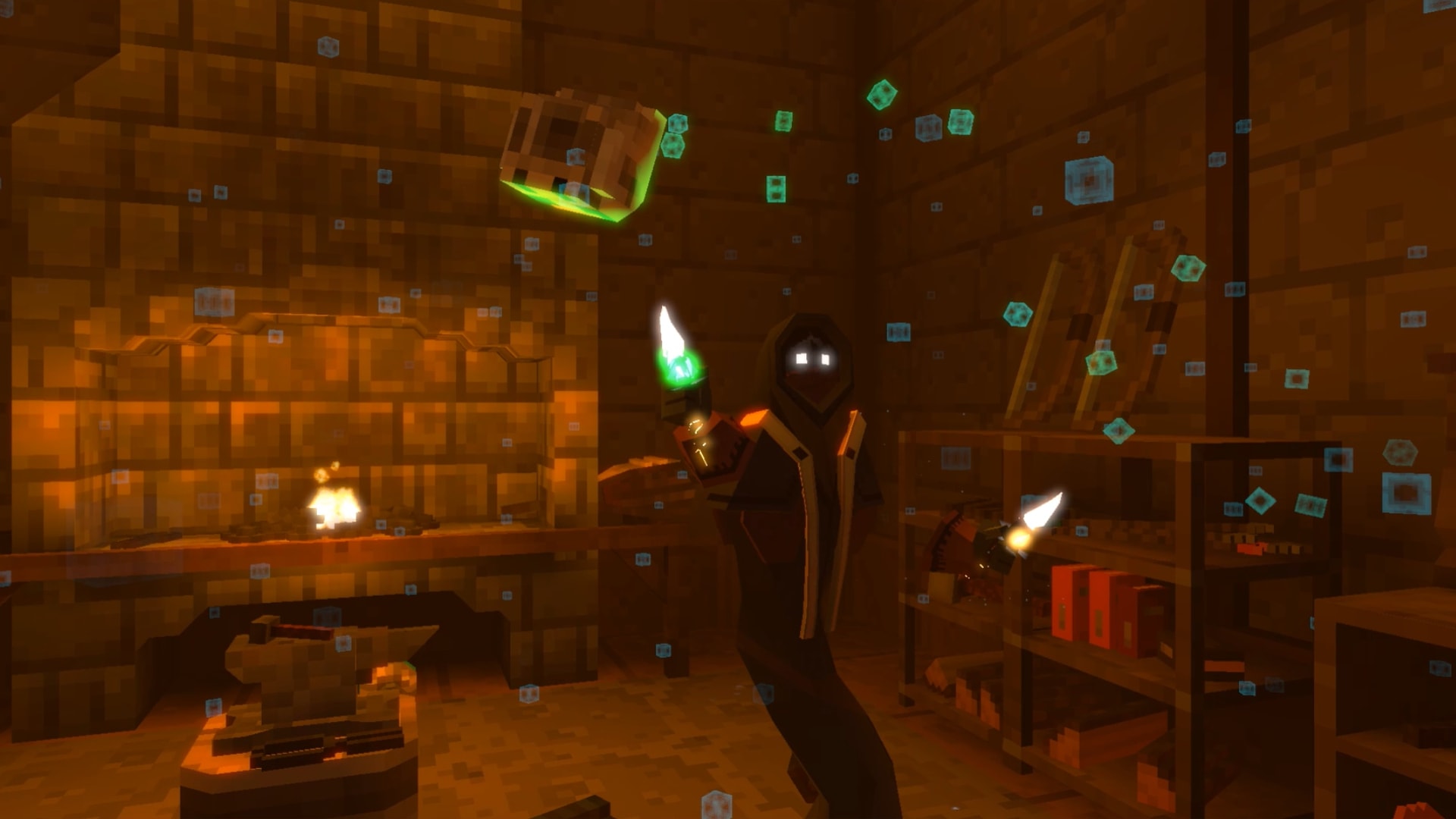 ​That’s the “smash” and “plunder” parts of Smash Hit Plunder, which left me wondering where the “hit” part came in. There’s no possible way to wield a weapon, though there are plenty to be found, and throwing objects when you need a more precision method of violence can make destroying enough targets within the time limit difficult. This is especially true when it comes to combat. Though infrequent, you’ll meet a number of ghosts that need to be struck multiple times to dispell them. These slippery specters can be challenging to hit–especially since the objects you throw don’t always respond the way you think they will. As far as physics-based games go, SHP does an adequate job, but there have been instances where I’d chuck something light only to have it respond like something heavy and vice versa.

Smash Hit Plunder’s campaign is played in a mode called Treasure Rush, as described above. There’s also Scavenger Hunt and Free Play, each of which can be played solo or with up to three other players locally.

Scavenger Hunt gives you a list of items to find and a much shorter time limit. This list is given to you one item at a time and successfully locating one brings up the next in the list while also adding more time to the clock. This game mode boils down to really knowing the level, which means multiple playthroughs will be necessary. Free Play, I feel, needs no explanation. You unlock it after gaining access to Scavenger Hunt, for whatever reason, and it’s an invaluable tool to learning the stage inside and out. It’s also a good place to blow off steam and break everything without those pesky time restraints. 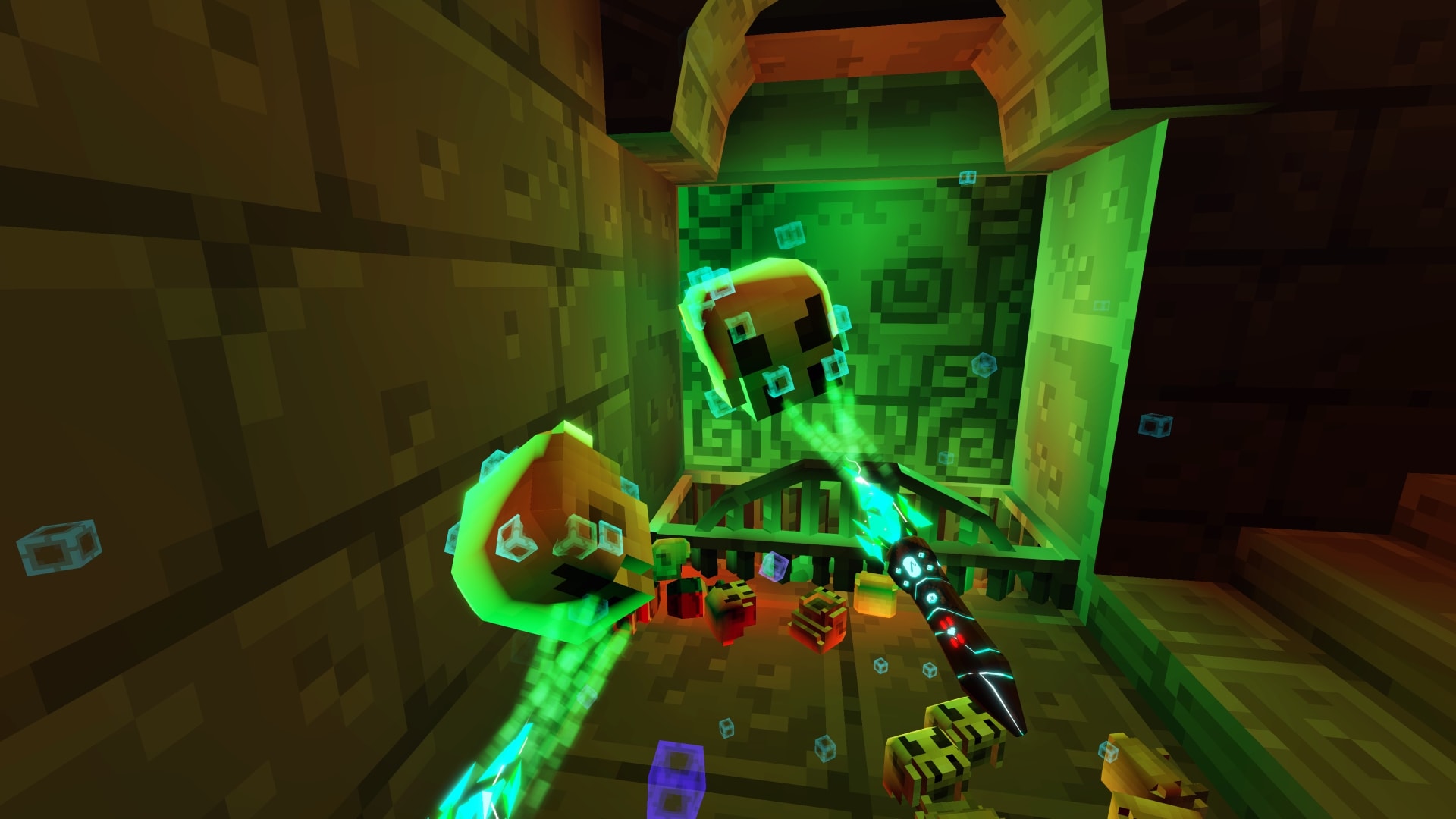 ​In addition to the cooperative modes, there’s also two versus game modes: Poltergeist Panic, which is essentially hide and seek, and Jewel Duel. Unfortunately, I didn’t have a second player and was unable to try these modes.

While playing, the view on-screen is completely different than what you see in your headset. Reminiscent of an old fashioned dungeon RPG, I almost wish you could choose which view you’d like. The soundtrack isn’t anything note-worthy. There’s a definite advantage to  playing with Move controllers, so those who don’t have this peripheral handy may be in for a more difficult time meeting those high scores.

Smash Hit Plunder is fun in small doses, but can become grindy when trying to progress. Gameplay could use some improvement as far as precision, making achieving three crowns that much more difficult and adding to the grind. If you’re in it for the promise of destruction, I can recommend Smash Hit Plunder –especially if you’ve got friends to help you.

Smash Hit Plunder is fun in small doses, but can become grindy when trying to progress. Gameplay could use some improvement as far as precision, making achieving three crowns that much more difficult and adding to the grind.