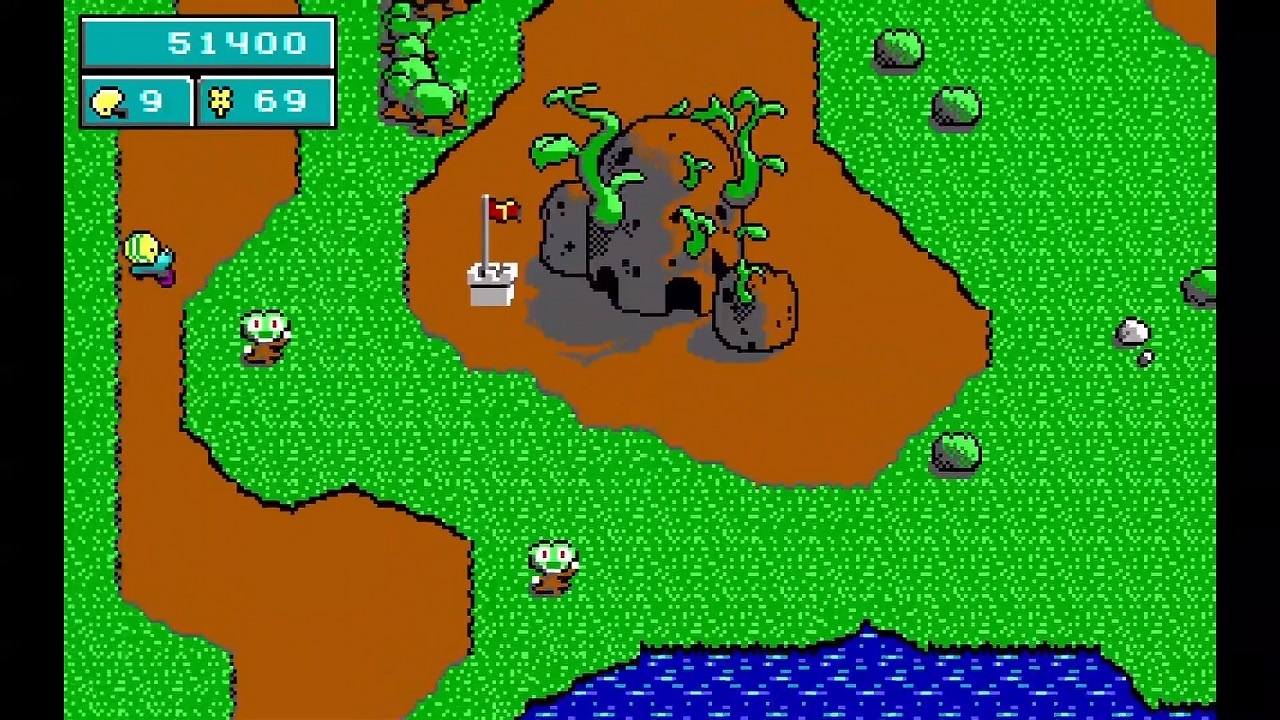 Commander Keen was a fixture for those of us who grew up playing PC games in the late 80s and early 90s. Looking at the colorful characters, innocent setting (basically a boy who daydreams of being a great interstellar explorer and hero) and mostly accessible through shared floppies and BBS sites, you might be surprised to find out that these games came straight from the folks who would pioneer the first person shooter through id Software. The sidescrolling platformer was…well, I don’t know if it was a hit, to be honest. But dammit, I remember them fondly, and I played Goodbye Galaxy more than I think I even played the original Sonic the Hedgehog. So to see that Softdisk was deciding to take their publishing rights and put one of the titles on the Switch (via Lone Wolf Technology) felt like a really exciting and fun dream come true. After all, I want to see more older titles make their way into the hands of newer players. However, I do think it might be a hard sell to get people on board, because there was a LOT that I forgot about Commander Keen in Keen Dreams.

First and foremost, Keen Dreams is kind of an odd game because it is literally a dream that our main character has. Billy Blaze, aka Commander Keen, has a vivid dream of going after King Boober Tuber, a massive potato who has enslaved children to power his dream machine. Keen must discover hidden keys to unlock the way to the castle, and then you fight Boober Tuber using bombs that you previously searched for to use in the final fight, and that’s it in terms of the game. Seriously, you can do the whole game, blind and for the first time in under an hour, potentially under a half hour if you’re skillful. Don’t expect a ton of hidden Easter Eggs or magical reasons to keep playing, either, as Keen Dreams is a really odd entry in the series that ultimately puts this in a weird spot for players who are unfamiliar and trying Keen for the first time. 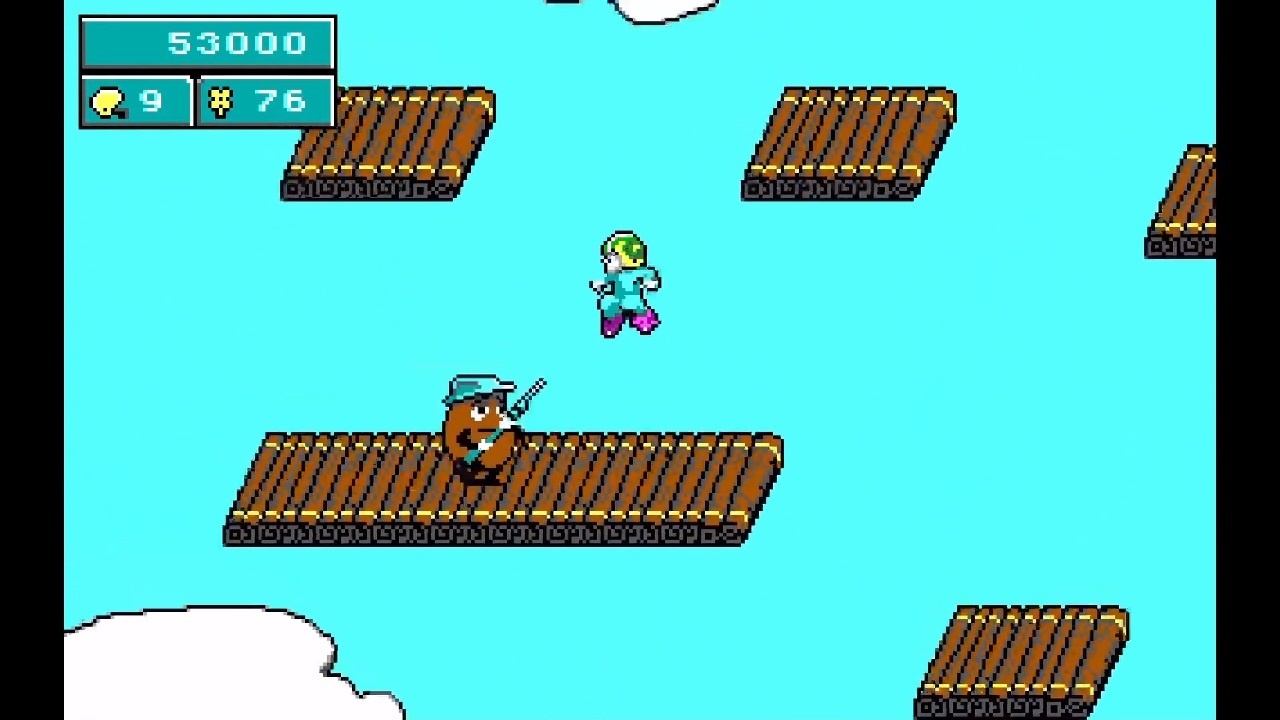 See, Keen Dreams wasn’t even meant to be a full game. It was more of a prototype to showcase what COULD happen in future games for the series, since the original creators left Softdisk but promised to help out with future Keen games. So Keen Dreams is more proof of concept that then got the hasty green light to keep people interested while the far superior Goodbye Galaxy was being developed. The end result is middling, and, at times, downright odd and disappointing. Maybe that makes it the best one to put on the Switch first, because a.) fans of the series back in the day probably didn’t play this one much or at all, and b.) everything after this is of better quality and caliber. Keen Dreams has the core ideals right in terms of visual and audio presentation. The villainous characters of the vegetables are sufficiently fun and silly and, with the exception of the final boss, no one is harmed or maimed. Instead, you turn them into harmless flowers for a short period of time through some kind of pellets that you can pick up throughout all the levels. For players who are willing to put in the leg work, you can explore each and every level thoroughly in a good amount of time, with some stages finishing in seconds, not minutes, depending on your style.

That is something to be said for Keen Dreams is that it does have its own kind of style about it. The soundtrack is sufficiently funky and enjoyable, peppered with synthetic horns and bass, very unlike the bleeps and bloops that we associate with pc titles from the older generation of gaming. It’s a somewhat punishing platformer: you only have three lives to get through the whole game, and failure means starting from the very, very beginning. You can play to get the high score for your home through all the collected candy and items scattered throughout the world, or simply focus on being the fastest Keen in the world and try to beat the current five-minute and some odd second record. Plus, it’s very obvious that Lone Wolf Technology did a meticulous job in keeping this title as close to the original PC version as possible. Hell, everything from the loading screen to the different menus feels and acts like you’re using a computer that may or may not have had a mouse. It’s got a delightful bit of nostalgia to it, and, in the face of “updated” ports of games, it’s almost refreshing to have something unapologetically archaic on the Switch. 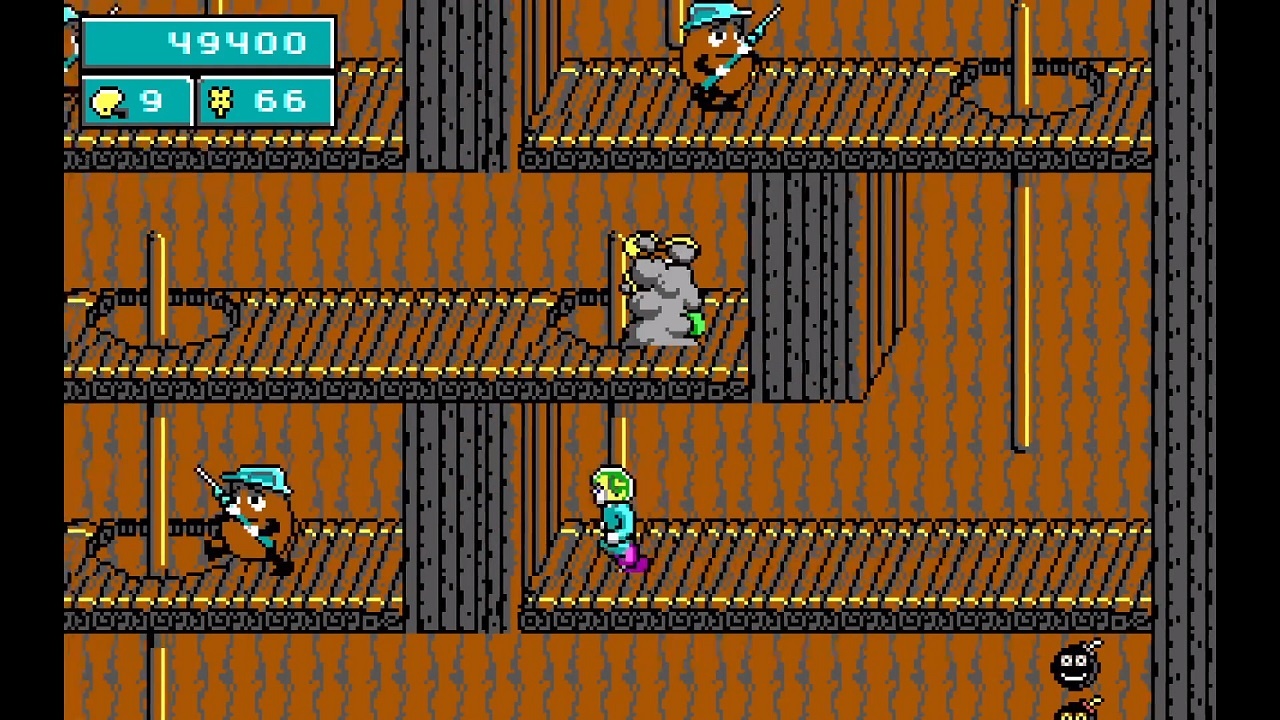 Having said that, Keen Dreams is still the weakest entry in the entire Keen series, and it shows through the aforementioned gameplay. Since you don’t have the iconic pogo stick or blaster to reach difficult spots or take on tenacious enemies, you’re limited in what you can do and how you can approach each stage. A lot of the time you get to the exit through sheer dumb luck, and only players who’ve dumped a lot of time into it would know EXACTLY where to go for the key and bomb combination needed to finish the game. Instead, you get to putz around in levels that, in some cases, act only as waystations to slow you down from getting to locales that actually matter. Once you’ve beaten Boober Tuber, that’s it, there’s no bonus material or extra end game to consider. With retro platformers, they either need to tap into the feelings that players may have once had, or align with new players through relatable moments. Since Keen Dreams is fairly low on the Commander Keen ranking poll, it doesn’t attract old players as well, nor does it present everything Billy Blaze can do in a strong enough fashion to hook new players.

As an old fogey who adores seeing games from pre-GUI computers hit the Switch, this was a fun and enjoyable romp through what I used to play in times before the Internet was separate from my mom’s phone line. However, it is a lot to ask new players to totally get on board right from the start, and, while not exceedingly expensive, it could be a point of hesitation for people to open their wallets and try a game that’s well documented as “less than ideal.” Still, if it could inspire other devs to pick up the rights and publish other oldschool titles (3D Realms, I know you’re there!), then that alone might be a reason to pick it up. Hell, it’s fun enough, and I’m proud to have a Keen icon on my Switch.

A mediocre Keen game is still a Keen game, and fans of the heyday of shareware might find interest in this mostly-forgotten title.