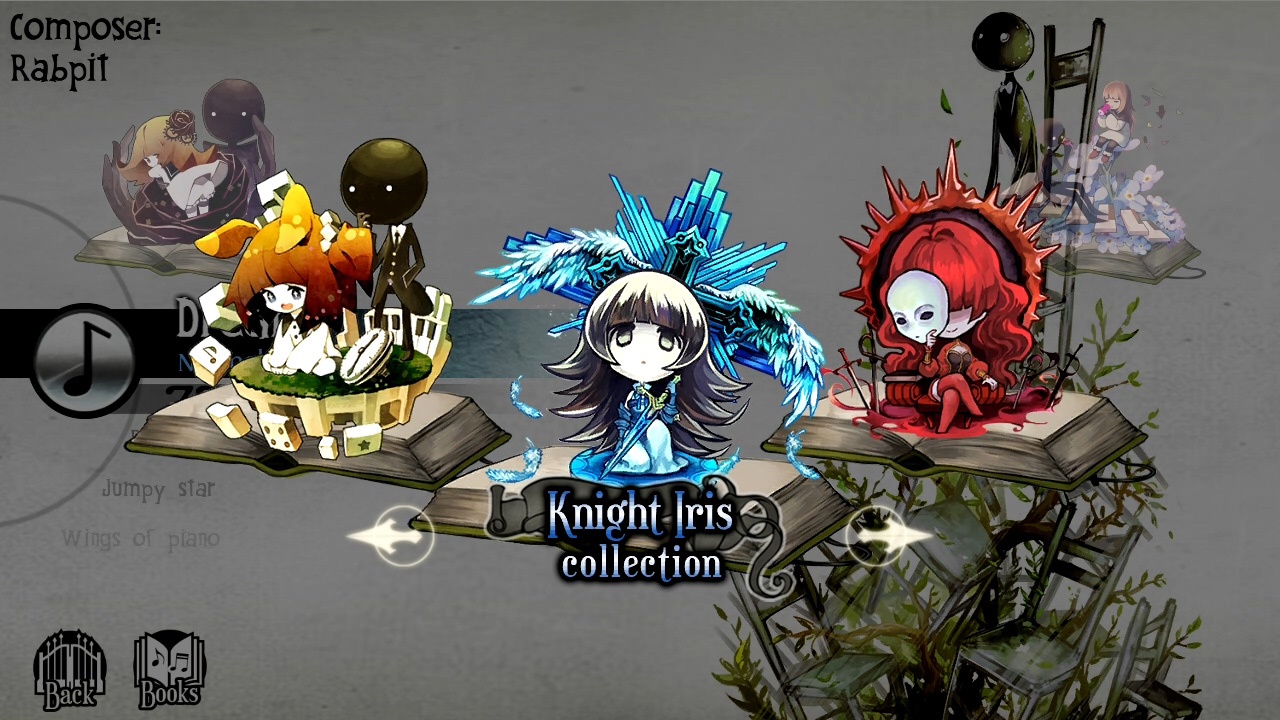 What’s up with games being so goddamn sad? I know that’s a weird, hot take for the opening of the review of a beautiful music game, but I need to just put that out there right now. Video games are all about escapism, at least in my mind, and my admission that games can be art only goes as far as my not getting the message of a game but understanding one is there. But I’ve really had it with games that make me cry and rip out my heart. Things like Actual Sunlight, J.J. Macfield, Planetarian…they’re all well done, and they hurt my soul, and I’m getting to my limit. After this, I gotta make sure I play some stupid, mindless and fun things to help cleanse my psyche and reset, otherwise I’ll never make it when To the Moon gets ported to the Switch in the near future. Anyways, this is my way of saying that Deemo, by way of Rayark Games, is so damn beautiful it hurts, and that’s the truth.

The story of Deemo is purposely convoluted till the end, and that’s a massive spoiler to say what gets revealed, so I’ll simply give you the setup. You got this shapeless, piano playing entity named Deemo, who’s just chilling around one day when a young girl falls from the ceiling. She’s trapped in your world, and you want to help her get out, because that’s what you do. Turns out, if you play your piano, a tree grows, and maybe she can climb that to freedom. As you continue to play from song to song, the story unfolds of who the girl and Deemo are, what forces are at work here, and then you get to cry for a while, so just enjoy that when it happens. Seriously, we got some water damage from me bawling for a while, and maybe I’m just too sensitive, but there’s my warning for ya’ll right there.

Had the story of Deemo simply been sad, that’d be one thing, but it’s the artistic direction that was chosen by Rayark that makes it all work together. Melancholy and bittersweet are interwoven into every choice that the game makes, from the color palette and character design to the choices of songs and pacing. When you start up the game, it becomes this sweet, sad sort of memory that you’re reliving with yourself, trying to find the vein and the thread to grasp onto to stay connected. It’s something that helps set it apart from most other musical games, and actually brought me into the same headspace as Lost in Harmony as things progressed, but there was never a totally resolute upswing in tone or tonality. Even when the tree grew taller and we were able to get past the thorns that stunted the growth, there was something inherently sad about what was transpiring. I’m sure that Deemo’s shapeless appearance didn’t help, even though it was very kind in nature. 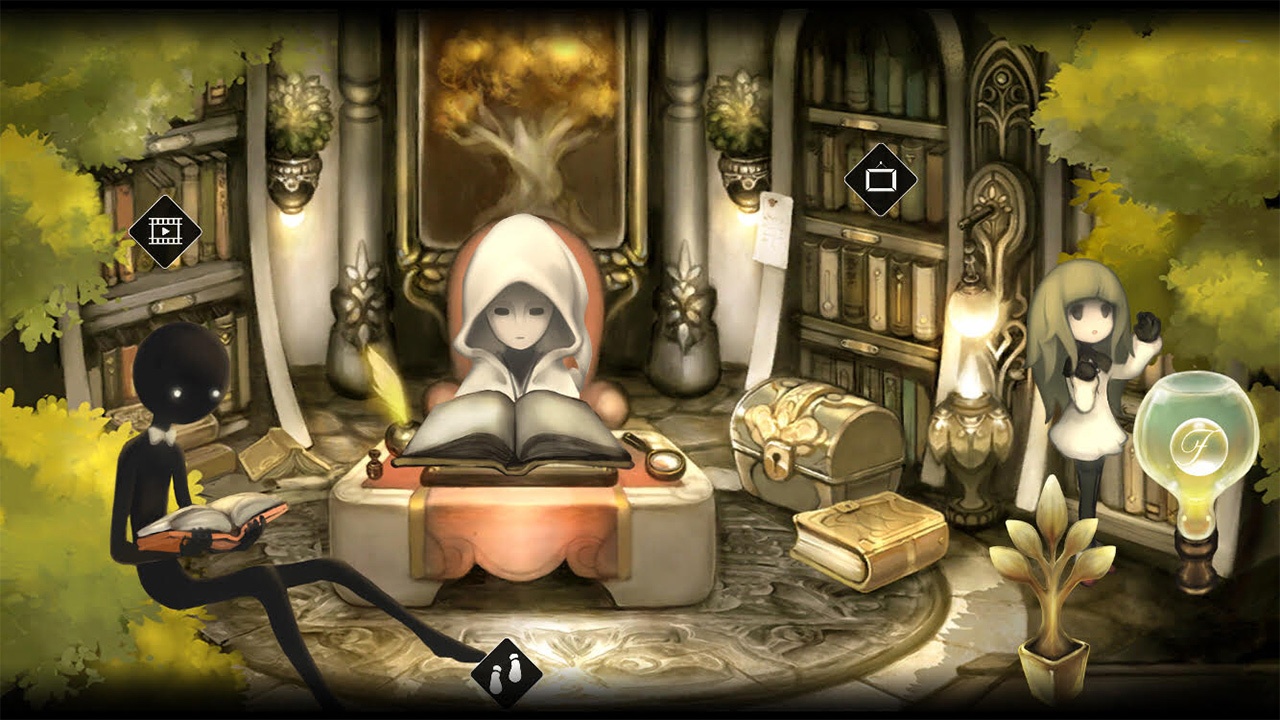 Naturally, you’re most concerned about the musical aspect of Deemo, and there’s a location where I think the game really delivers as well. We’ve had a fair share of piano-based musical titles that have gotten released, from the Frederick series to Pianista, and the effect has been varied. While Frederick was sort of a mess due to the remixes and the driving story line, Pianista was tight, yet inherently tied to existing, well-known pieces, plus the jarring dissonance of hitting the wrong note. Deemo’s music is almost exclusively original works, though with a couple of contributing tracks from other games, including Cytus (another great Rayark game). The way the notes flow down the screen is to appear easy, though, in practice, they will positively wreck you if you’re not musically inclined. Everything has been wonderfully transposed to piano type music, meaning that, if you have any experience with piano playing, you’re at a good advantage. And I mean any. I attempted a couple of songs with the buttons, and that worked…alright. To really dissect the ins and outs of Deemo, it’s important to look at it from both perspectives of controller players and touch screen players.

Deemo, by its history and its nature, is better suited for touchscreen play and control. The buttons have been well ported, but there wasn’t any logic in assigning keys on the screen to specific buttons: basically, some are tied to the left directional buttons, some are to the right ABYX buttons, and a few are for the shoulder buttons. But there isn’t anything that says “You must only hit the up arrow or the X button.” If it’s red, it’s any of those four keys. If it’s blue, it’s any of THOSE four keys. If it’s red and blue, two buttons, one from each side, and any button is okay. It’s one of those things where, once you get this in your mind, button play is quite simple, but ultimately less exciting and enjoyable. It works for on the go when you don’t feel right mashing out things on your Switch, but it’s a humdrum situation in comparison to the touch screen. If you cannot use the touchscreen, for whatever reason, know that the buttons are good, and they won’t score you low or have latency issue, but damn, the touch screen is magnificent. 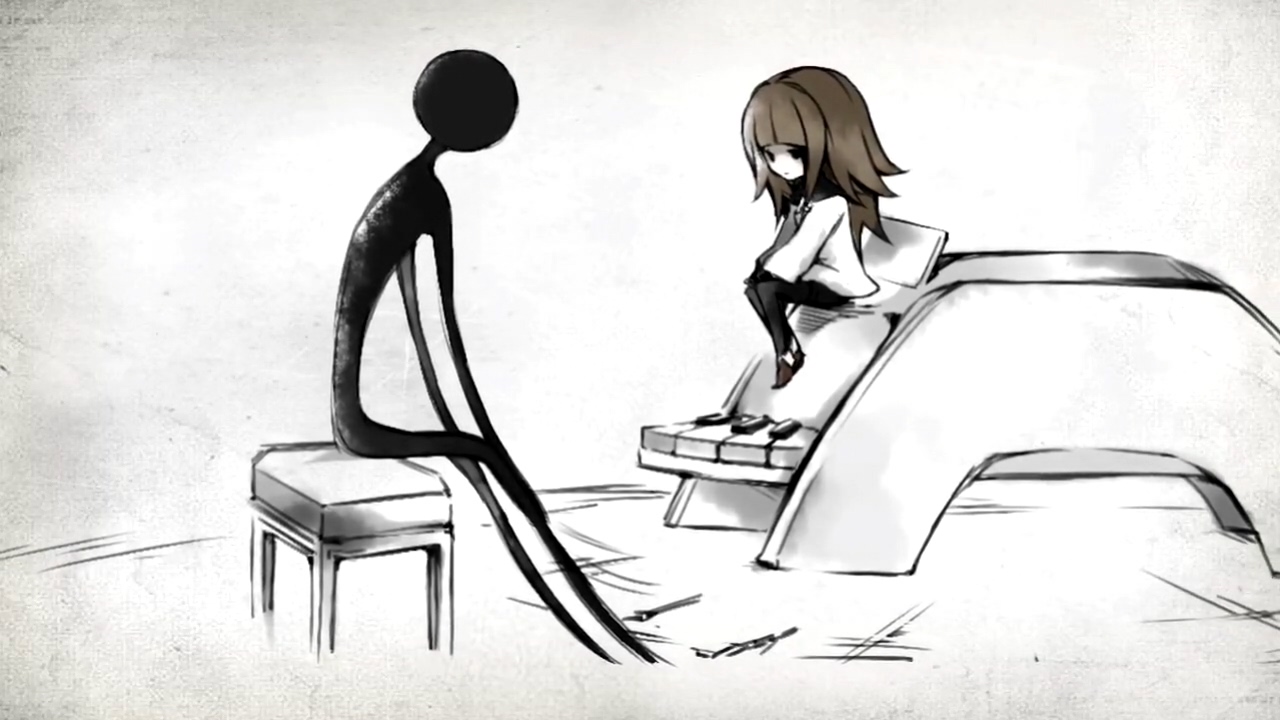 Again, the emotion of the game helps to carry the main soundtrack in a BIG way. You really get into the same sort of groove that you would if you were pounding out notes to save a life or win a heart. You feel like a serious virtuoso, and the music, the vocals, the feeling drives you even further along this path. After a couple of smaller games, I took a swing and did a song called Light Pollution on hard, without ever hearing it before, and still managed to snag a 70%. This isn’t a slight against the difficulty of the game (my arms literally ached afterwards), but to the momentum of getting into the game. Plus, once you beat a song on hard, you start to unlock all these song books of other tunes you can play, and then you get a bit overwhelmed. Because there are a LOT.

That’s another massive point in Deemo’s favor: the sheer volume of the soundtrack. Thanks to collaborative efforts, Rayark’s long reach and popularity, plus Deemo being available for a while now and getting steam, there are more than 200 songs to play, and I can’t even think of another title that comes close to touching it. There’s something for everyone, after you get away from the primary soundtrack, so you don’t have to stick to sad and sweet songs that suggest a terrible future. There are driving tracks, funky tracks, epic and amazing pieces to do. Once you get a feel for trying to play Metal Hypnotized, you’ll wonder why you ever played anything else. This is a Nintendo Switch title, so don’t expect any in app purchasing to hamstring your available songs. Hell, this one ALSO has a Nintendo Labo piano offer (I seriously need to get one of those), and I cannot believe that this game, that’s been out for close to six years (and and a half on the Switch!) still gets all this new content and stays relevant.

For the most bang for your buck, a beautiful story and some serious musical frisson, you cannot, will not go wrong with Deemo. If you’ve any taste for musical games at all, add it to your wishlist, add it to your backlog, and get ready to play your damn heart out before it breaks.

Without question, Deemo is the best damn musical game that I’ve played for the Switch to date, and I am concerned it won’t be topped, like, ever.