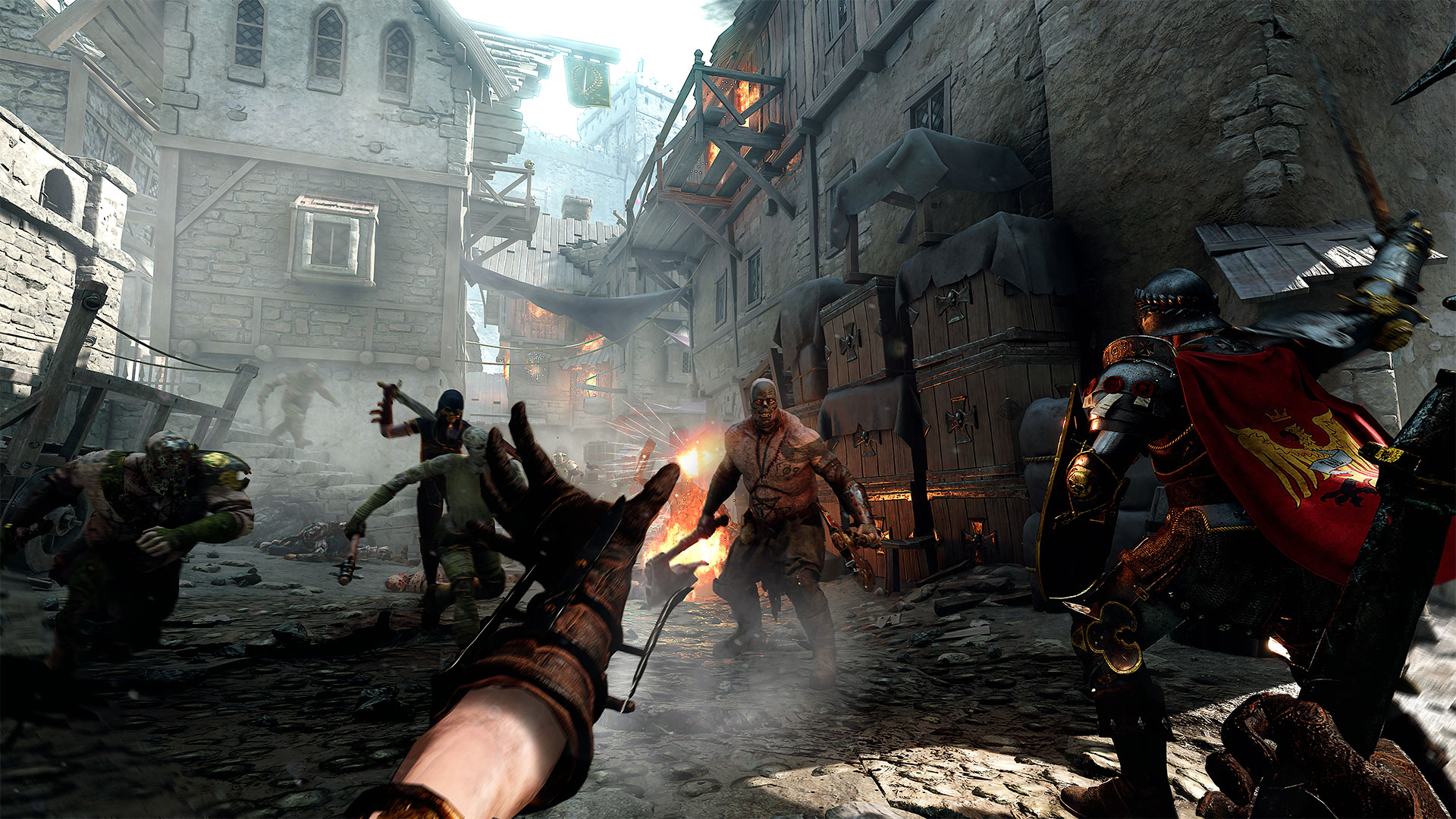 It’s been over a decade ago since Left4 Dead pioneered the now hugely popular cooperative shooter, or what we like to call 4 vs thousands,  multi-player genre.  Back in 2008, Valve Corporation’s simple, yet ground-breaking, concept single-handedly pioneered a new way of playing co-op and, in doing so, created a multi-million dollar industry.

As in the early iteration, the storyline in Vermintide 2 is thinner than a politicians smile. All you need to know is that the world has been overrun by an evil race of rat like creatures called Skaven and their Chaos forces and its your job (with your mates) to push back the tide of vermin.  Hence the name Vermintide.  Geddit?  Ok, it’s not War And Peace, but the storyline does enough to justify the countless hours you’re going to be spending wading through hordes of relentless and blood thirsty Skaven. Make it to the exit and you’re rewarded with treasure chests filled with three items that you can arm yourself with and upgrade or enhance your abilities. 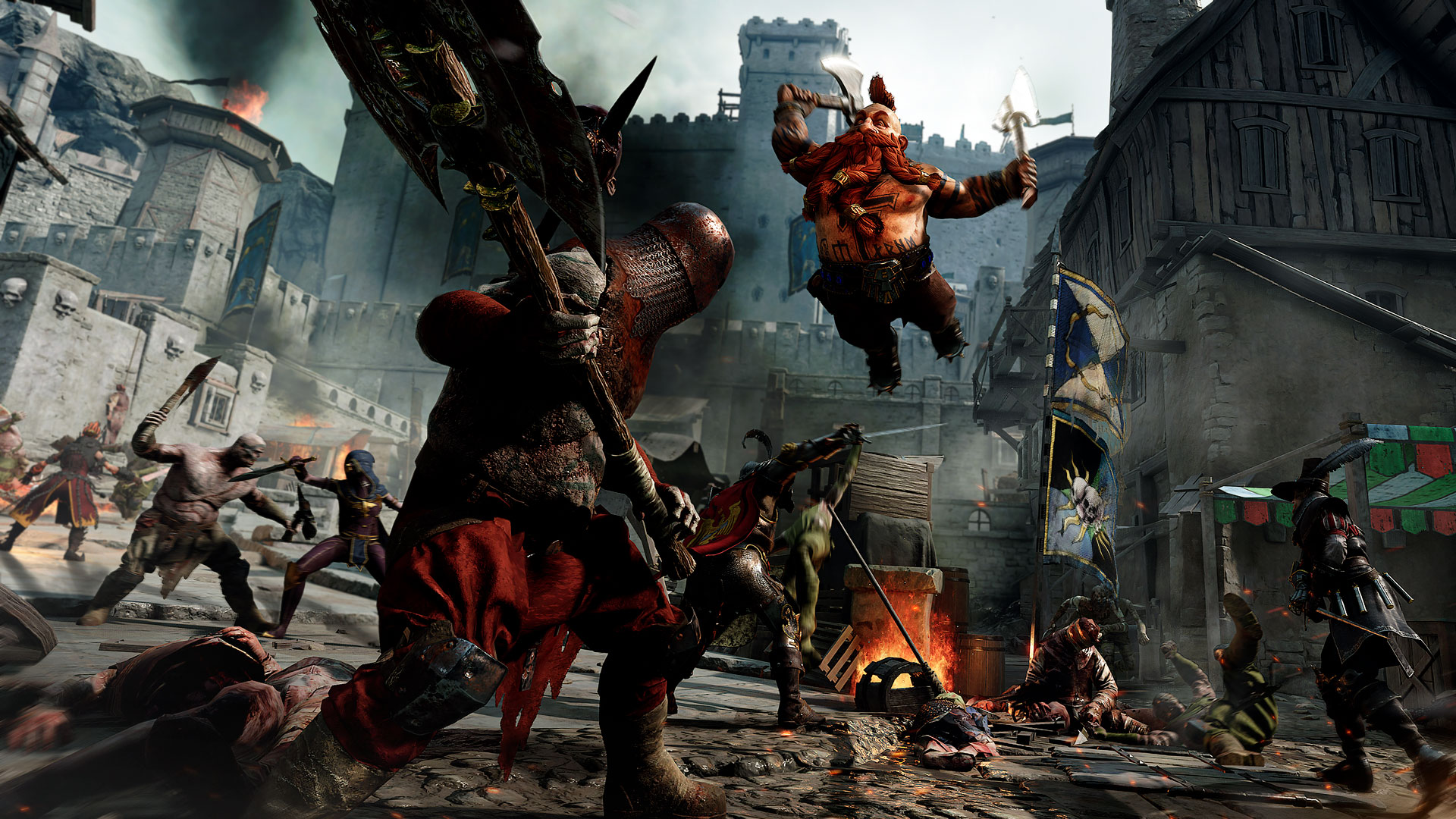 For anyone who’s played the original Vermintide,  this much anticipated sequel will be instantly familiar. And yet Vermintide 2 boasts enough improvements to help it stand apart from its predecessor.  The first, and one of the elements that we really appreciated, is the fact that items you’re awarded once you’ve completed a mission or a particular task, are actually useful.  No random dice and no more being rewarded with items that you can’t do anything with because you’re playing a different class. Vermintide 2 greases your palm with class-specific booty,  which makes the winning all the more rewarding. Coupled with Vermintide 2’s new achievement system, no less than 15 new career paths, talent trees and its excellent crafting of tools and weapons, you’ll be encouraged to constantly replay challenges in order to find new ways of killing your foes.

It’s also worth noting that the AI of your non-flesh and blood team mates has also been hugely improved. In the previous outing, we often found our team mates to be as much use as a pair of sunglasses to a man with no ears. In Vermintide 2, the AI has been cranked up so that your computer generated team mates respond – and proactively react – to danger almost as well as a human player. Excellent.

Graphically, Vermintide 2 is a huge step forward from its predecessor.  Fatshark have really pushed the boat out with eye popping lighting and shadow effects as well as expansive and  incredibly detailed maps. Each environment is totally unique and as immersive as anything we’ve seen on a console in a very long time. Vermintide 2 could well be one of the best looking games on the PS4 this year. 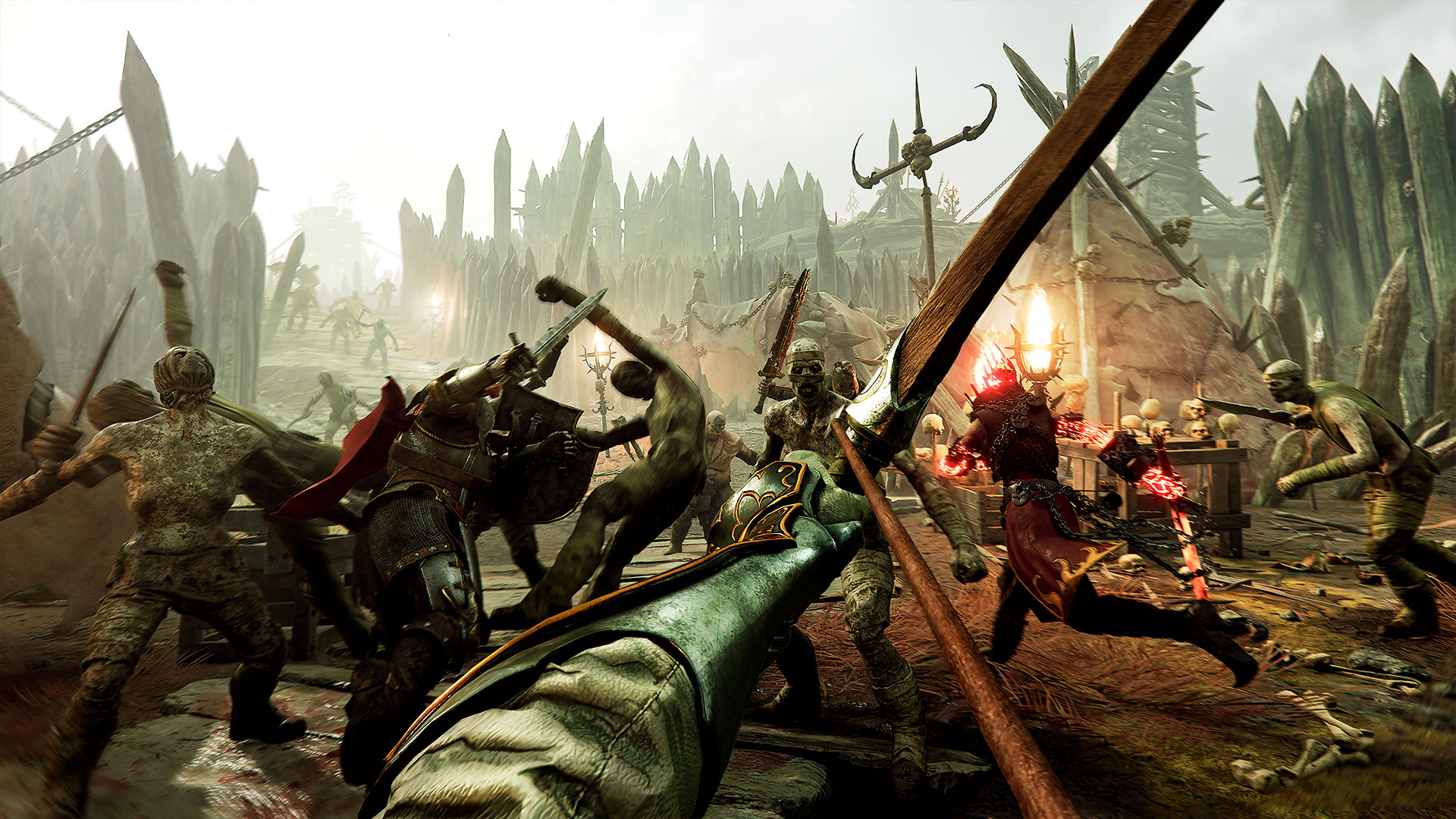 In the audio department Fatshark have scored a major success by providing musical scores from celebrated Danish composer Jesper Kyd. Coming fresh from his work on Assassins Creed Odyssey, State of Decay 2 and Borderlands 2 VR, Jesper provides a thumping, pulsating musical score that holds the player in a vice like grip throughout the whole game.  We’re seeing a possible spin off album here in the very near future.

As this is the ultimate edition of Vermintide 2, Fatshark have provided gamers with plenty of bang for their buck. Not only does the game come with the original Vermintide 2, but it also has bolted on exclusive Heroic Deeds (extra tough challenges) and  the DLC’s , Shadows over Bögenhafen and Back to Ubersreik. All in all, you’ll be playing this game for a good three months before you’ve completely satisfied your appetite for Skaven blood. During our play through of Vermintide 2,  the only minor niggle we had with the game was the noticeable absence of a split screen co-op mode. With its huge emphasis on co-op play, it seemed odd that Fatshark neglected to provide a split-screen option so you can play side by side with your mates in the same room. This is however a minor wrinkle in what is otherwise a world class offering.  Highly recommended.

A co-op masterpiece with plenty of bang for your buck.