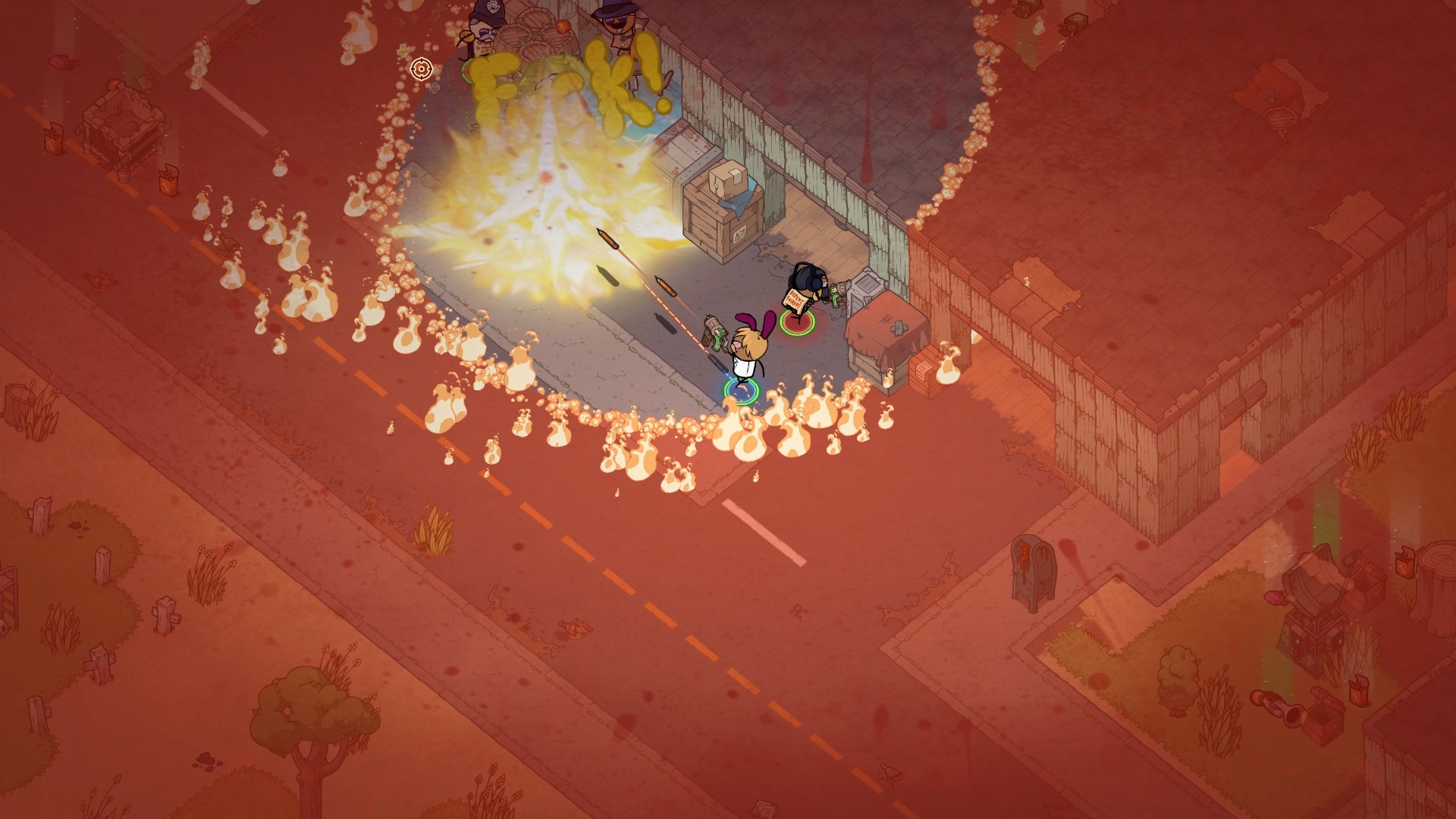 When looking at the Cyanide and Happiness game Rapture Rejects, to me it’s filled with so much potential but in all, is executed poorly. Not to mention that it was near impossible for me to even perform a review on the game, due to the player base being near non-existent. When comparing it to other battle royale games on the market, it has a lot of catching up to do. Nonetheless, when it does work, it’s not all bad.

The main plot point in the story is that the rapture has taken place and God has chosen all those who are worthy to ascend to the gates of heaven with him. However, those who are left behind are left to fight amongst themselves to earn the chance to win a gateway ticket to heaven. Unlike other battle royale games such as Fortnite or Apex Legends, this one has a story that is tied along with it. The game has a character creation system that isn’t too bad and has a variety of comical traditional Cyanide and Happiness outfits such as the legendary Ted Bear from their web series. You earn tokens after matches in which you can earn outfits as well. The game, in my opinion, does go heavy with the microtransactions, but it’s only for cosmetic items, so there’s no in-game advantage. But it does suck when I’m running around without any flair added to my character. 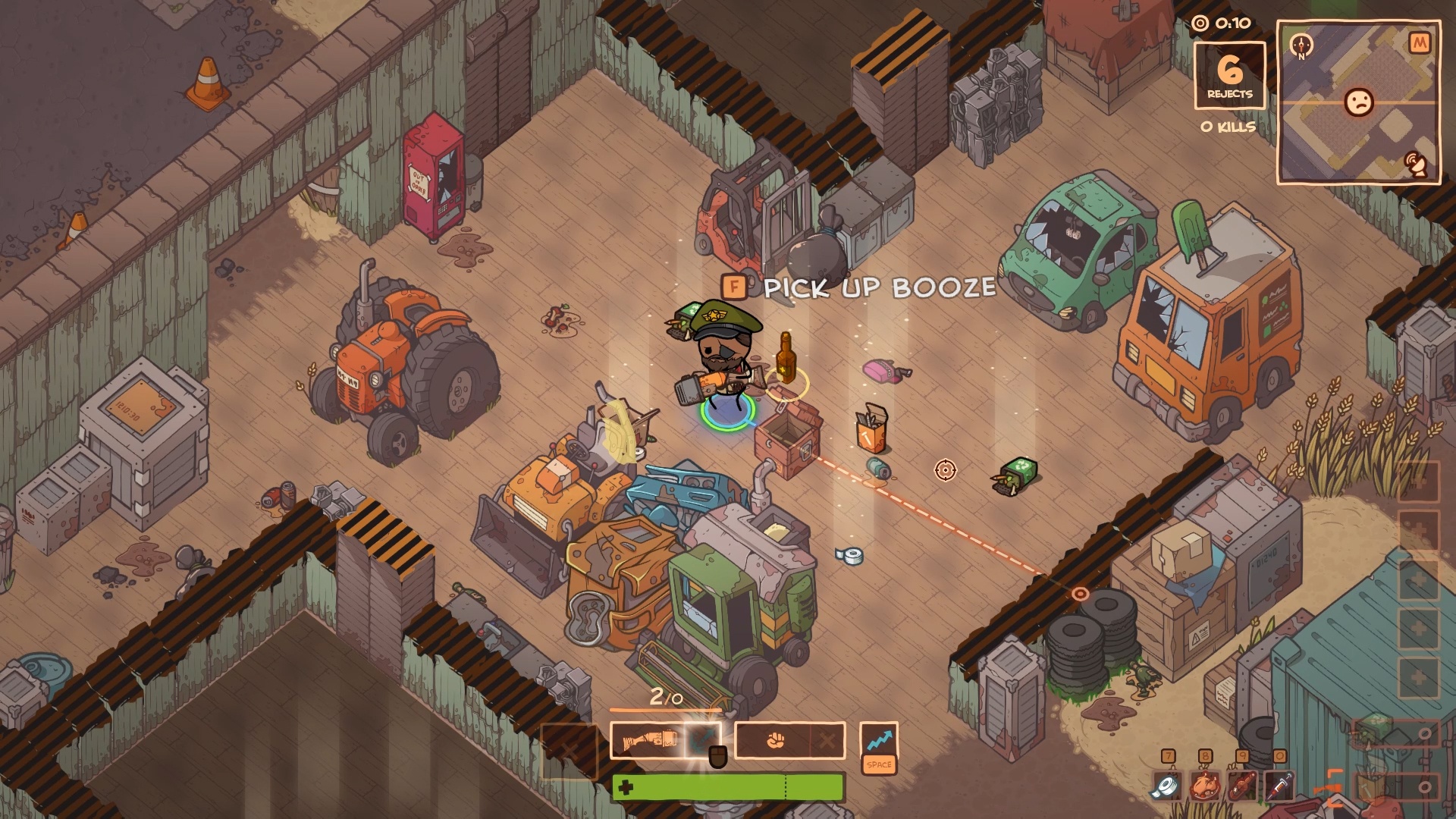 Like I said the player base for the game is at an all-time low with about 20-30 people a day who play the game, so it’s hard to get into a single match. There’s only one map in the game, so it gets stale playing on the same one after a while and when there are only like 4 people in a match, it’s boring to just walk around hoping that you find somebody. Also at times, there are connectivity issues and you’ll get disconnected from the game which sucks. Then you have to start the cycle of trying to find a game all over again. There are only two modes within the game and those are solos and duos. Either go on solo or fight alongside a friend, so you both can get into heaven.

When looking at the gameplay, right off the bat you notice the classic Cyanide and Happiness art style which always makes me imagine that I’m in one of their comics or animations. Controlling the camera and looking around walls can and will take some getting used to but around that, you shouldn’t have any problem controlling it. Just like all battle royal games, there is a zone that begins to close pushing all players to the center of the map to determine a winner. In Rapture Reject’s case it’s hell fire. This type of effect always succeeds in creating anxiety for the remaining combatants on the map. 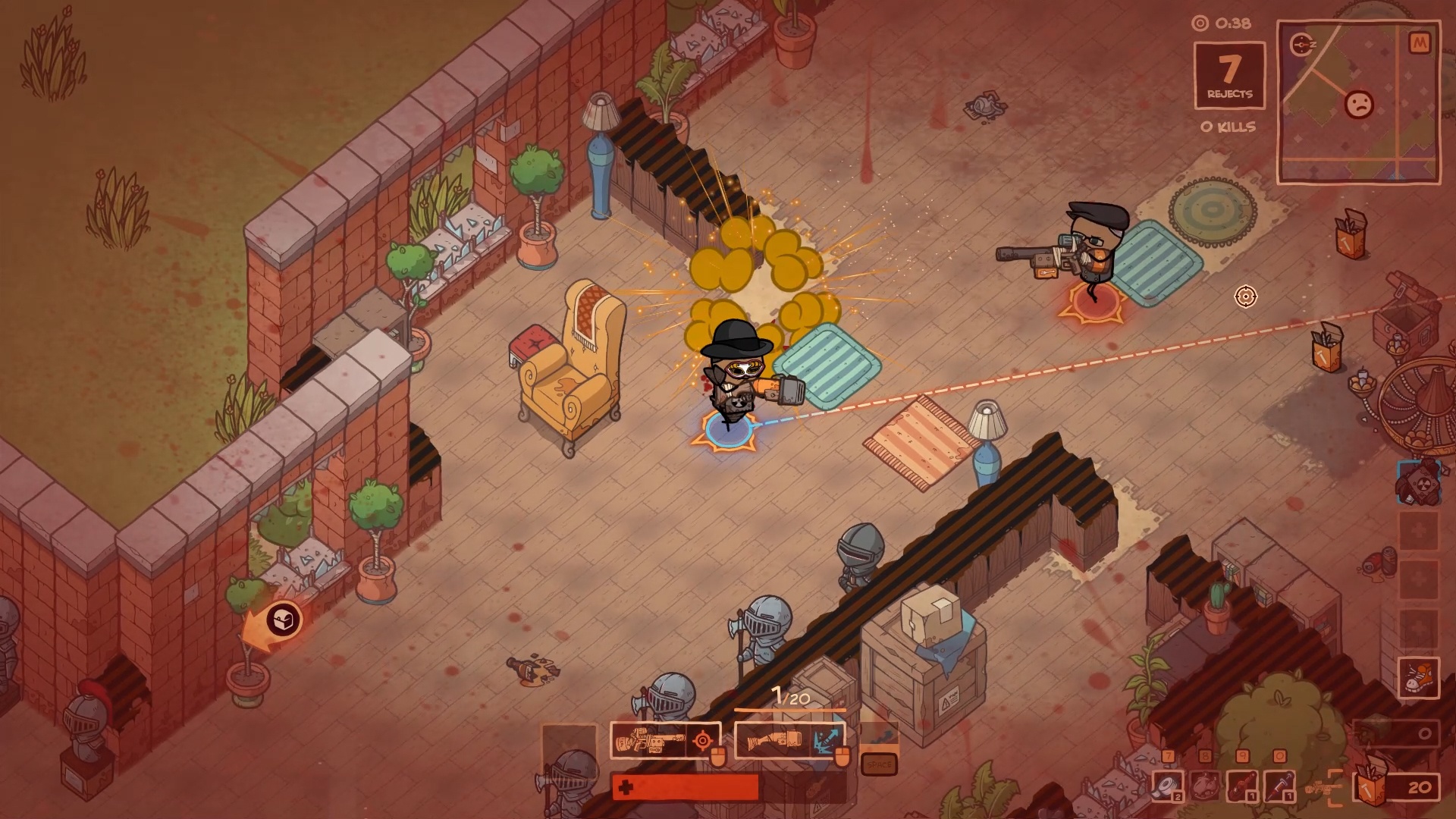 The weapons in the game vary from short-range weapons to wide range and explosives. Ammo for them is scattered around the map and sometimes blend in well with the map design. There really isn’t a variety for the appearance of the weapons and you’ll almost find the same weapon every match. You have weapons such as a fart gun, a toaster that shoots knives, and my favorite explosive The F-Bomb. That doesn’t mean that they’re not satisfying to use though. There are also different type of healing items such as beer and syringes scattered all over too. The gameplay is just like any other battle royal game. Instead of battling out with 100 people you’ll duke it out with about 20 people if you’re lucky enough to get into a good server. The shooting mechanics are pretty simple too. It’s an aim and click type of game, which I have no problem with. It sucks that when you start to have server issues, it’s almost near impossible to aim at all. One moment you have someone lined up in your sights and then the moment you get ready to fire he’s right behind you shooting you in the back.

Overall when looking at the game I don’t believe that it’s worth the $20 asking price that it has. If it was up to me I would make the game free to play to have the player base skyrocket and focus on constant updates and cosmetic items. Why would somebody pay for this when Fortnite and Apex Legends are free. That’s just my opinion

REVIEW CODE: A complimentary PC code was provided to Bonus Stage for this review. Please send all review code inquiries to press@4gn.co.uk.

When comparing it to other battle royale games on the market, it has a lot of catching up to do. Nonetheless, when it does work, it’s not all bad.