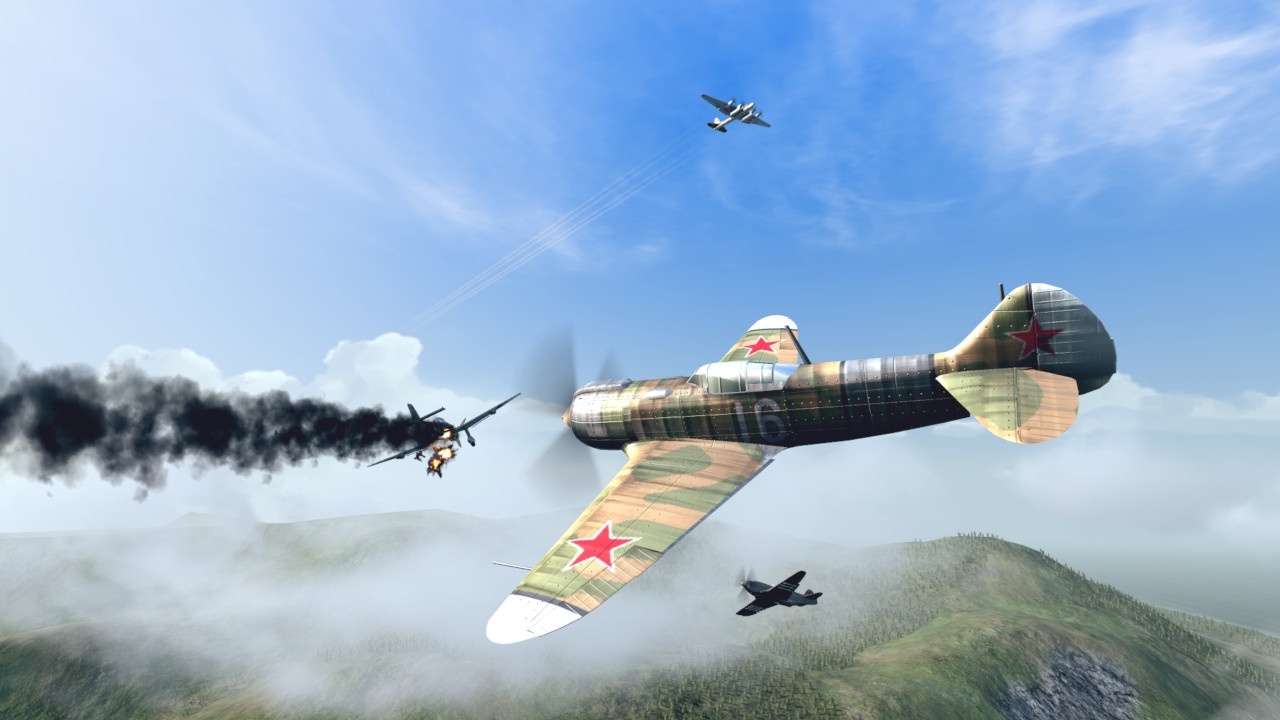 It always brings a smile to my face when a game brings something new to the table. It’s a difficult thing to pull off, but when it works it always propels the title to a higher plane. This was something that happened to me when I loaded up Warplanes: WW2 Dogfight for the first time. Not only does it do a competent job of bringing an aerial combat game to the Switch, but it also contains a few surprises that caught me off-guard; bringing with it an element of tactical play, as well as a nice level of depth to keep things interesting.

Developed by Home Net Games and published through 7Levels, this arcade-styled, dogfighting simulator adds a few extra layers to the expected boundaries of its genre; all of which offer a refreshing change that is all presented in an accessible fashion and easy-to-play mechanic. The game comes with three campaigns that sees you fighting for the British, Russian and German Air Forces, as well as a roster that boasts over thirty different aircraft. All the classics are here, from the Supermarine Spitfire, the IL-2 Sturmovik and Ju-87 Stuka, all the way to the big-hitters of the Lancaster Bomber and a new Switch exclusive, the P-40 Warhawk.

Along with the variety of aircraft, each of the mission structures also present a myriad of flying options, from straight dogfights in a defensive or offensive scenario to bombing runs and naval warfare. In terms of the basics of its genre, everything here is presented in a nice fashion, with detailed aircraft models, expansive sceneries and a flying mechanic that feels tight, responsive and silky-smooth in its execution. As far as producing an air combat game, this is a title that hits the mark in what it is trying to achieve and as a stand-alone combat sim, produces one of the best experiences that you can currently find on the Switch. However, this game also goes above and beyond what you may expect from a game within its genre, containing an added element of tactical and strategic gameplay to propel it to new heights. 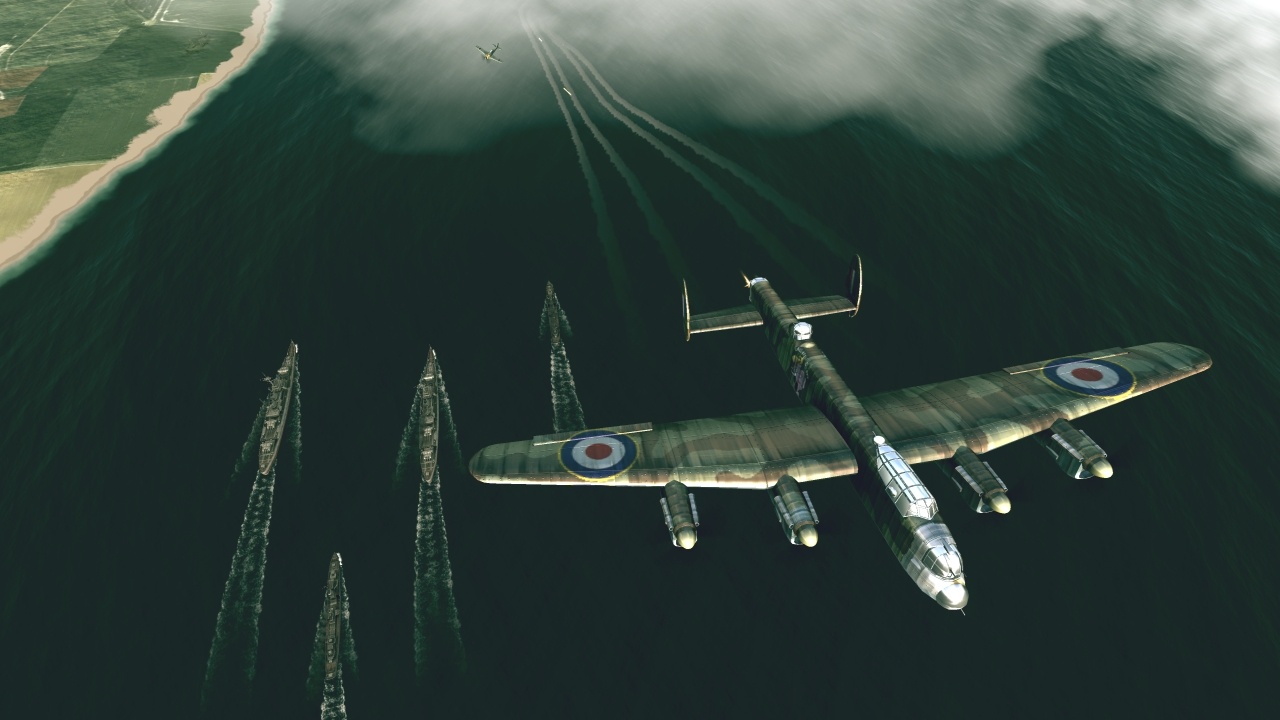 As well as containing all the normal, or expected, traits of a combat flight game, Warplanes: WW2 Dogfight also tasks you with taking overall responsibility of your base. This involves accruing enough resources to maintain fuelling levels, pilot rosters, training, aircraft maintenance, as well as constructing further structures to enhance and expand your capabilities. This can range from larger fuel stocks to extra hangars, all the way to building anti-aircraft guns and surrounding yourself with barrage balloons. This element of base maintenance soon becomes the central hub for all the gameplay elements and in important asset in producing the best fleet of aircraft and pilots for your ensuing war efforts.

Presented through a series of menus, the construction and maintenance of your base, aircraft and their pilots are easily navigated and activated. It’s a sublimely accessible mechanic that never feels bogged-down, rushed or over-complicated. Everything is easily presented and manageable from maintaining resource levels, levelling pilots and housing new aircraft. The game also incorporates a touch-screen capability, making menu navigation and selection even easier to pull-off. Once you are happy with your ground operations, it’s then time to take to the skies. Instead of following a generic pattern in its mission structures though, Warplanes gives you a series of options and choices to what mission to undertake in order to best utilise the amenities that are currently available to you.

As mentioned before, mission structures come from a series of sorties that are based on offensive, defensive, bombing or naval warfare. These can range from protecting ground targets from enemy bombers, straight-up dogfighting and reducing the enemies naval capabilities. Once your mission has been selected, you then take to the skies, taking command of a series of aircraft that are available for the mission type. It’s also here where the game brings something else new, as well as an extra layer to its strategic and tactical values. For instance, you may select a bombing mission which requires you to fly a bomber to your target. However, this aircraft also need to be protected from enemy fighters. In order to achieve this, you can switch between different aircraft on-the-fly in order to offer protection to your bomber from the cockpit of your fighter, before sliding into the seat of your bomber as you make your final approach to the target area. 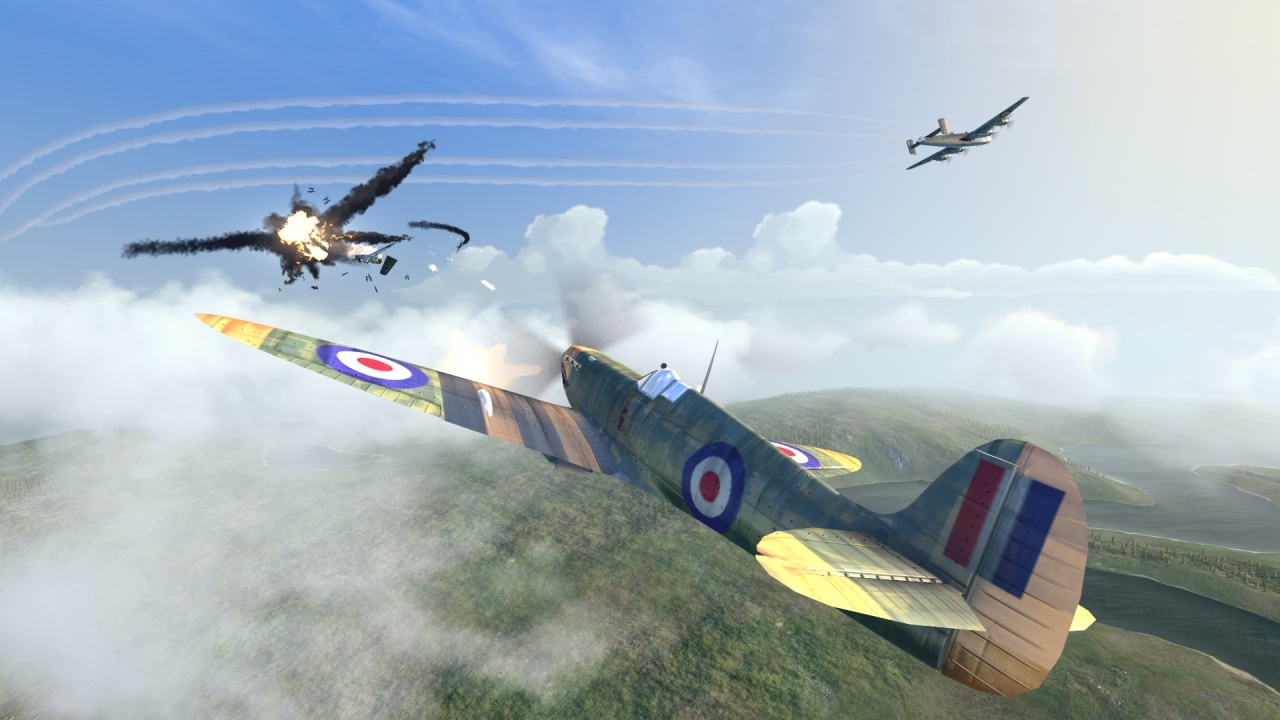 It may sound like that there is a lot here to keep an eye on, but in reality, its premise is a lot simpler to maintain than it actually sounds. This is largely due to a control scheme that is easily manageable and executed. The difficulty has a nice balance to it, the flying mechanics are smooth and satisfying and the dogfighting elements are exciting. However, it’s inevitable that no matter what the outcome of your mission, pilots or planes are going to sustain some form of damage. This adds a further element to the base-building element of the game, as you ensure the welfare of your flying crews and maintenance of your aircraft in order to keep them in pristine shape for your next series of mission sorties.

There’s a lot of variety on offer here. You even have the ability to customise your aircraft with new paint-jobs, decals and upgrades. It all adds to keep an interesting approach to the gameplay and stops it from becoming stale; something that can easily plague similar games within its genre. It all feels nicely polished, from its detailing and flying, to its micro-management and customisations; everything here feels superbly presented and crafted with care and attention. It even contains smaller details that help produce an immersive experience, the biggest of which includes a variety of aircraft chatter over the radio; all of which is presented in the language of whichever side you may be fighting for.

Overall, Warplanes: WW2 Dogfight is a game that contains a lot more than what you may expect. It’s far from your normal flight combat-styled game, with its added element of tactical and strategic gameplay in maintaining your base and switching between aircraft. On a technical level also, the game runs super-smoothly with a satisfying frame-rate, responsive controls and an aiming-mechanic that zooms in on your target to produce some exhilarating dogfighting. For its budget price, you get a lot of gaming here that will be sure to keep you playing over the long-term. If you’re a fan of its genre, then this is a game that is sure to pull the chocks away from under your feet.

A game that offers a lot more than your normal, bog-standard flight combat simulation.