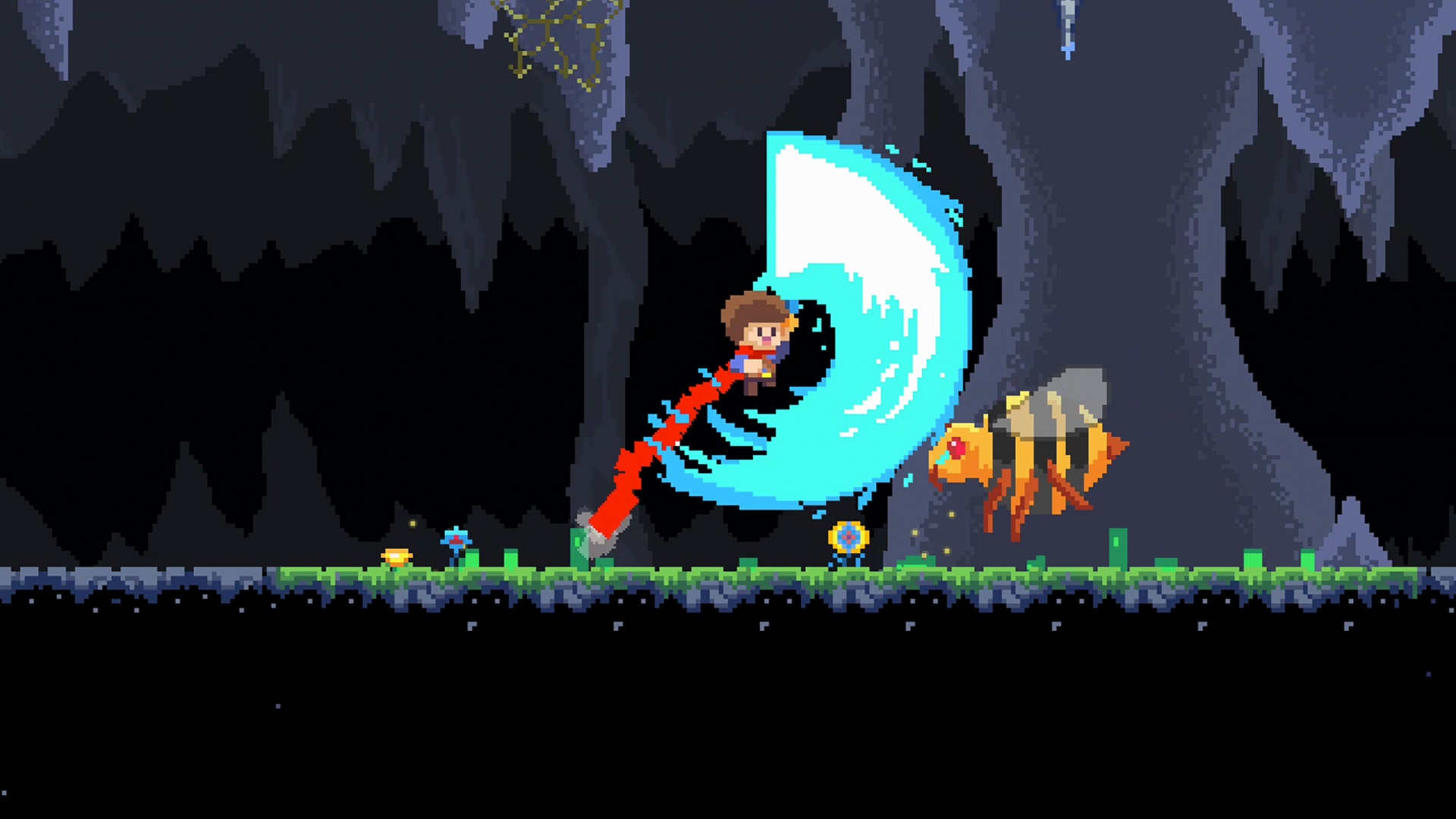 It’s 2019, but couples in games continue to suffer from the recurring issue of being happy and then that happiness being taken away by some evil thing. In every case, it also appears that the other person who makes up the relationship then has to go find their partner before it’s too late. You would hope there would be some kind of police to help you out of your predicament. In JackQuest: The Tale of the Sword you are unfortunately the partner who needs to find their one true love who has been abducted.

You play as Jack, a sword wielding protagonist who needs to find his one true love Nara, who has been kidnapped by Korg who is an orc, a very evil orc. You must traverse through Korg’s underground base which contains lots of his minions and numerous traps. However to progress you need to find powers that will help you reach areas you would not normally be able to get to. JackQuest: The Tale of the Sword is an adventure platform game played within a singular world. As you progress you will need to unlock various areas to find two specific keys which will lead you to your loved one. 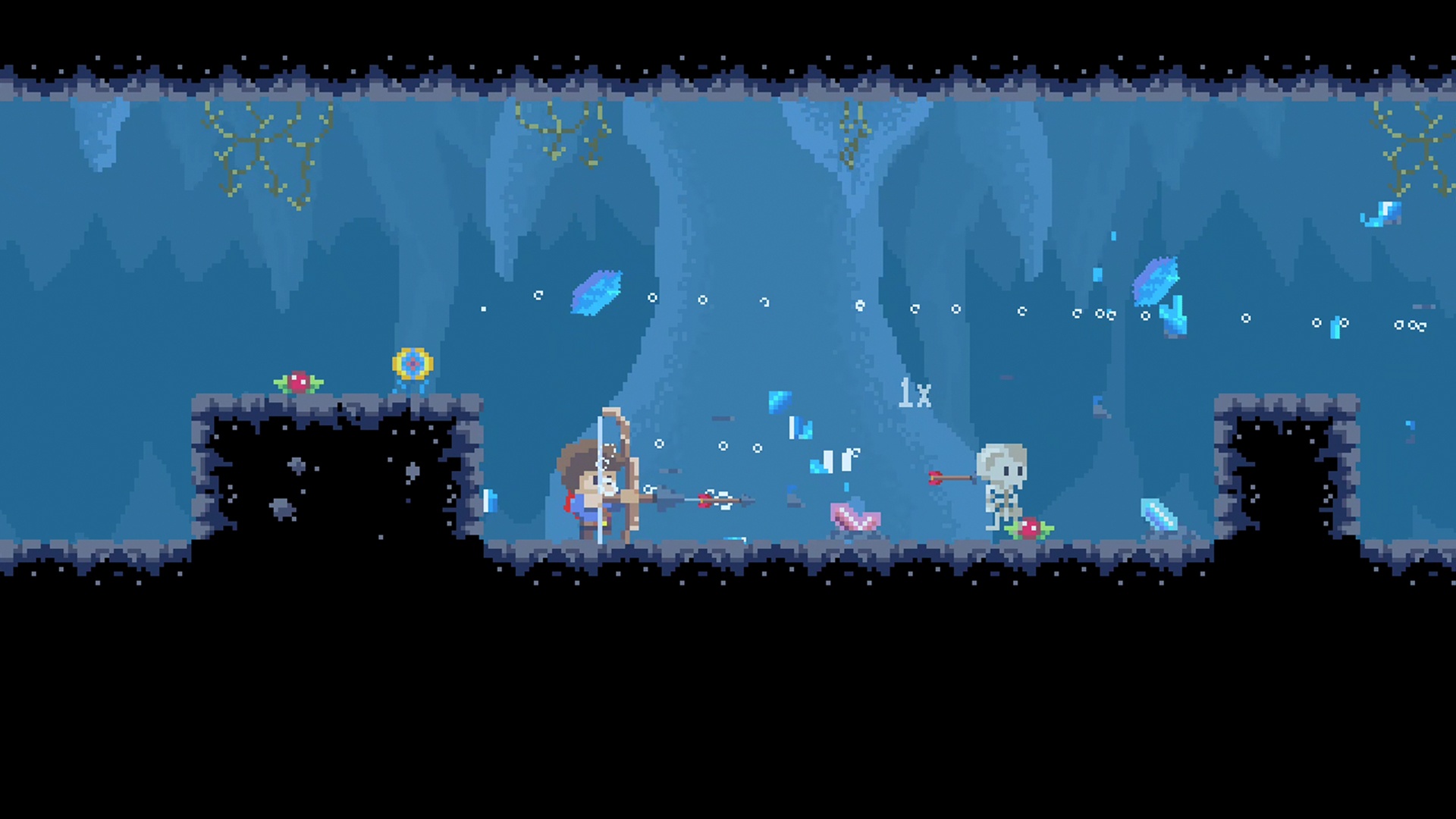 JackQuest: The Tale of the Sword starts off interestingly enough, you find yourself a sword which you’ll need to vanquish enemies, later on there is also a bow. Gems give your weapon a special attack, whilst finding hearts increases your health. Boxes can be destroyed which will unveil coins or health potions. Killing an enemy will also produce coins to collect. There are specific upgrades required to reach other areas in JackQuest: The Tale of the Sword. Special boots give you the double jump ability whilst another item will allow you to breath underwater. There are also merchants dotted around sparingly where you can spend your coins to but gems, potions and torches. Torches allow you to save anywhere but can only be used once. There are numerous places to save your progress, you just have to remember where, because the monuments that save your progress only automatically save the first time you reach one, subsequent saves need to actually be selected. Jack is able to jump off walls, but it’s more miss than hit, you’ll find it more frustrating than challenging.

When you die you will respawn at your last save, bear in mind the boxes and enemies you beat will refresh, on one hand that can be annoying but on the other it gives you an opportunity to increase your coins & health. If you only have half a heart left and know there is a box nearby then it’s worth your time saving, then dying, so the box refreshes and you can get another health potion then repeat. Combat is very simple, just a very basic hack & slash. Enemies are fairly basic, they don’t change their strategy. The same can be said of the bosses of which there are only 4, they will attack in the same way, so it becomes very predictable very quickly. 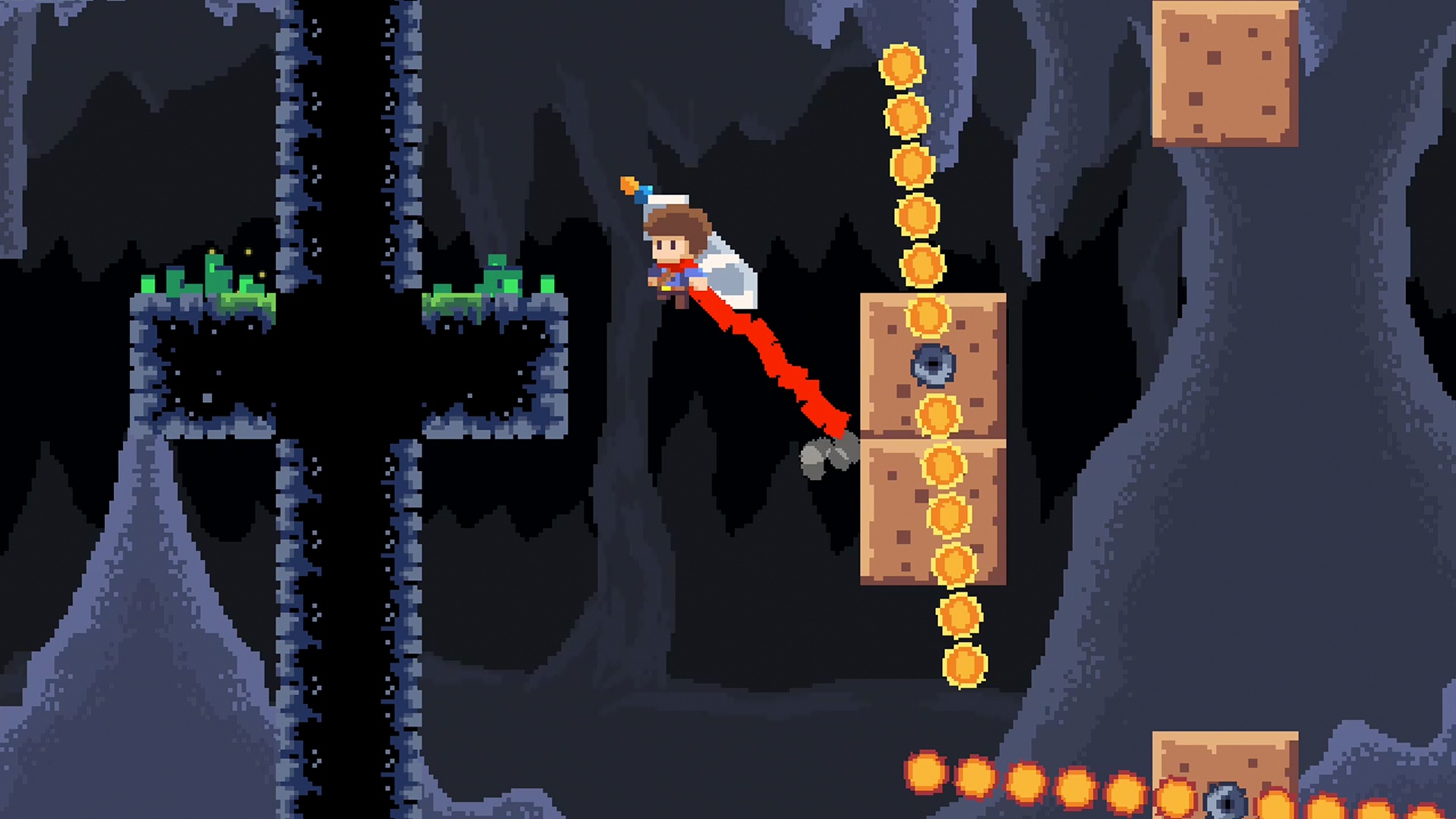 JackQuest: The Tale of the Sword is set in one world, you don’t get a map until later but it’s a fairly useless crystal ball which only shows you a small part at any one time, it would have been a lot more useful to have a standard map located in the lower corner of the screen instead. The world isn’t that large so after about half an hour you’ll have a pretty good idea where everything is although where and what you need isn’t made completely clear at the start. Graphically, JackQuest: The Tale of the Sword has a certain amount of charm to it but it’s characters are pretty basic and the world itself is quite bland, it looks like a game from the 80’s, so maybe JackQuest: The Tale of the Sword is playing the nostalgic card. The camera can be more of a hindrance during areas where lots of jumping is required. Unfortunately because the camera is zoomed in so much, you can’t really see what’s under a ledge or what’s above you which is vitally important when jumping at pace.

JackQuest: The Tale of the Sword Review

Another heroine needs rescuing by their hero in JackQuest: The Tale of the Sword.