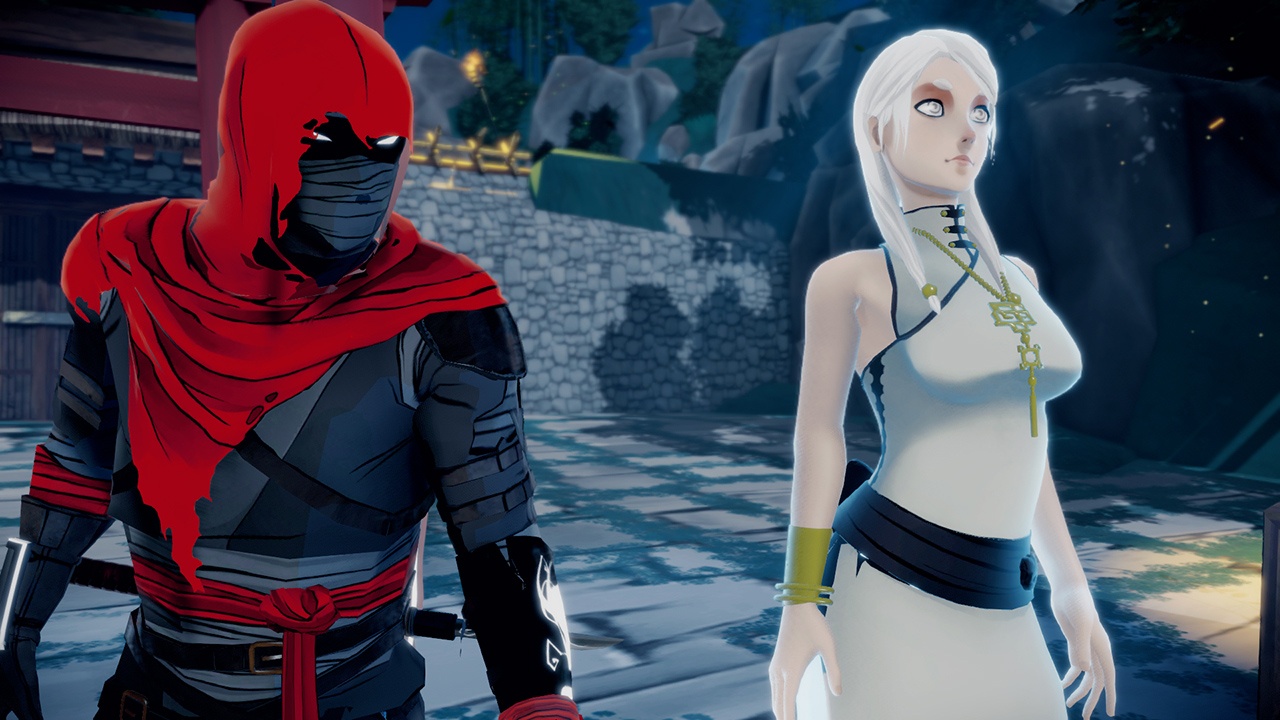 Vengeance is a sticky, messy and only sometimes satisfying mission. Sure, in the moment, during the days and hours that lead to the moment of triumph, you may feel righteous and holy, but who’s to say that those feelings will resonate once the deed is done? Much like Maria from Deadly Class, sometimes striking the final blow of revenge leaves you hollow and without purpose, an anticlimactic ending. However, the adrenaline rush and the calculating, sometimes violent path to the end is a real joyride, and you can’t dispute the guilty pleasure that comes from enacting some “justice.” That’s the main focal enjoyment of Aragami: Shadow Edition, and, for whatever else you might encounter in the story, the action cannot be denied.

Coming to us from Lince Works, Aragami is the tale of an aragami, which is a mythical spirit of revenge that may or may not actually exist. The Aragami is summoned by a woman named Yamiko, who claims she has been kidnapped by the Kaiho clan, who has wiped out all of her people. The Aragami is a bit spacy, and feels like it may have memories of something that happened before being called into existence, but Yamiko urges the spirit to focus on the task at hand: destroying the Kaiho clan and freeing Yamiko. If you already feel like something is up, you’re completely right, but I’m not going to force the horse to drink, you can probably piece things together yourself as the plot unfolds. Additionally, you get a fair amount of exposition through both cutscenes and eavesdropping on different members of the Kaiho clan, so don’t worry about losing the thread of the plot. 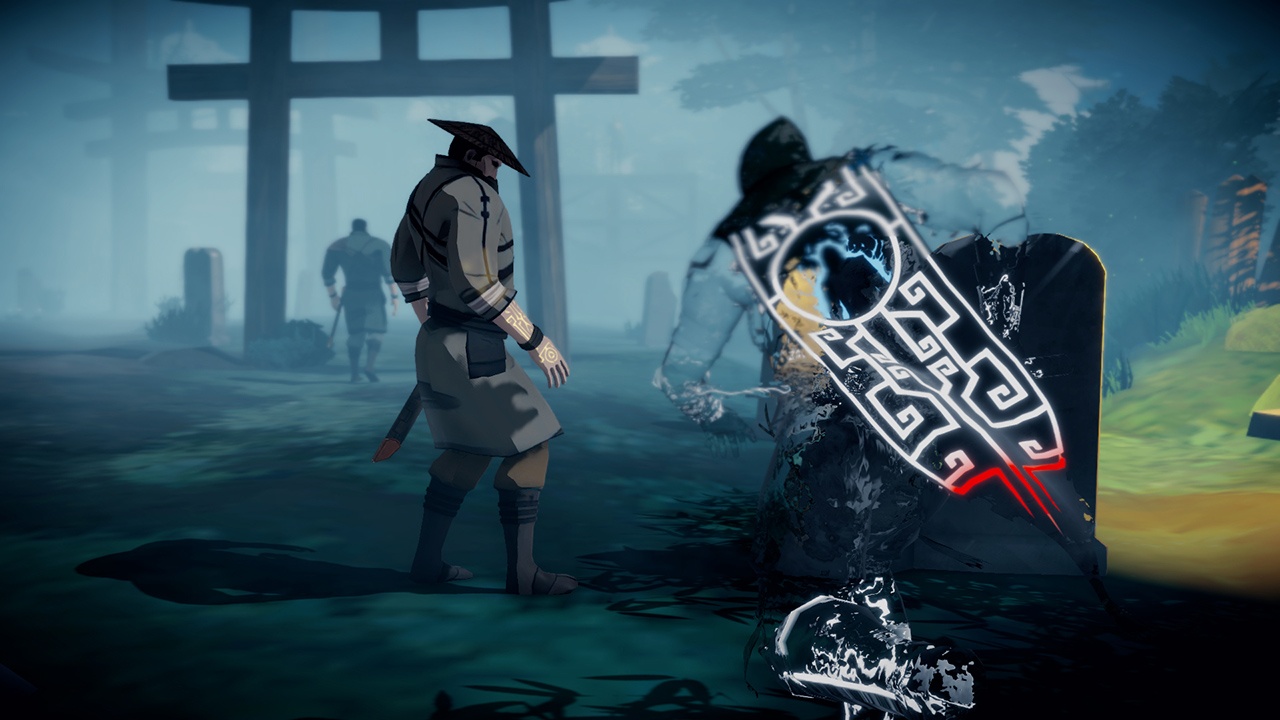 Aragami is a stealth action game, meaning that you get to kill a lot of people but you gotta be subtle about how you do it. The Aragami, being a creature born of shadows and darkness, fits perfectly into the role, including how it inflicts supernatural consequences into this world. You have a “shadow meter” that’s represented by the pattern of a cloak on your back, and the meter depletes as you use your shadow techniques and also step into the light. The meter refills by hiding in the shadows, of which there are a suspicious amount even within well lit temples and homes. You get points by killing guards undetected, fewer points by killing them after they see you, and you lose a whole mess of points if you set off the detection alarm and someone finds the body of a dead guard. This last one is kind of a rub, as it becomes incredibly difficult after the first couple of levels to kill anything and not leave a body behind. This is addressed in a different part of the game (which we’ll get to in a moment), but, in the meantime, being able to survive most of the stages without raising some serious concern at least once is next to impossible, at least from my clumsy hands. Seriously, I grew up on games where you just killed people and that was it, what’s up with all this “being subtle” nonsense?

The gameplay itself is the star and primary enjoyment of Aragami, and it’s done so well in both the base game and the built in DLC/side story, Nightfall. You learn to leap from shadow to shadow, sometimes even using your magic to conjure temporary dark spots to use as leap off points. There’s a great deal of satisfaction in the way you can execute executions, from your standard “stab in the back” to “death from above,” “kunai in the neck” and “oh shoot, looks like you slipped and fell to your death.” In the primary game, you eventually get to unlock a raven that can scout the area for you and give you the lay of the land prior to setting out, allowing you to carefully watch some guard’s patrol patterns and visualize the best places to wait for the time to kill. You have a real sense of tension with each level that you enter, and you seek to perform your grim task with minimal flair, making sure that you can evade detection and reach your goal with as little or as much blood as possible on your hands. Oh, and each level usually has some goal posts that you can use to replay the levels again and again in order to hone your skills, with more than a few asking that you be the perfect ninja and not kill ANYONE. Ever played an assassination game where you try your hardest not to assassinate? It’s a bit berserk.

Nightfall, a second story within the Aragami universe, is a beast of a different design, and it can be a real treat for those who weren’t as satisfied with the pacing or story of the main game. With Nightfall, you get to choose either Hyo or Shinobu, two shadow assassins who existed before the time of the Aragami storyline and also are incredible bad asses. Not only do they have the powers of the Aragami, they also have some cooler techniques, like melting bodies into shadows. There are other things that you can do as well, but melting bodies into shadows was my favorite by a long shot, because it really helped change the tone and pace of the game. Being able to murder and then dispose of the evidence brought things up from a trot to a gallop, and I felt more like I was bordering on berserker mode than just trying to quietly be a careful serial killer. As someone who really enjoyed Techu 2 more than the original, this was in my wheelhouse of enjoyment, asking players to act at a more breakneck speed while still urging stealth and caution. Not to mention the story was infinitely better. 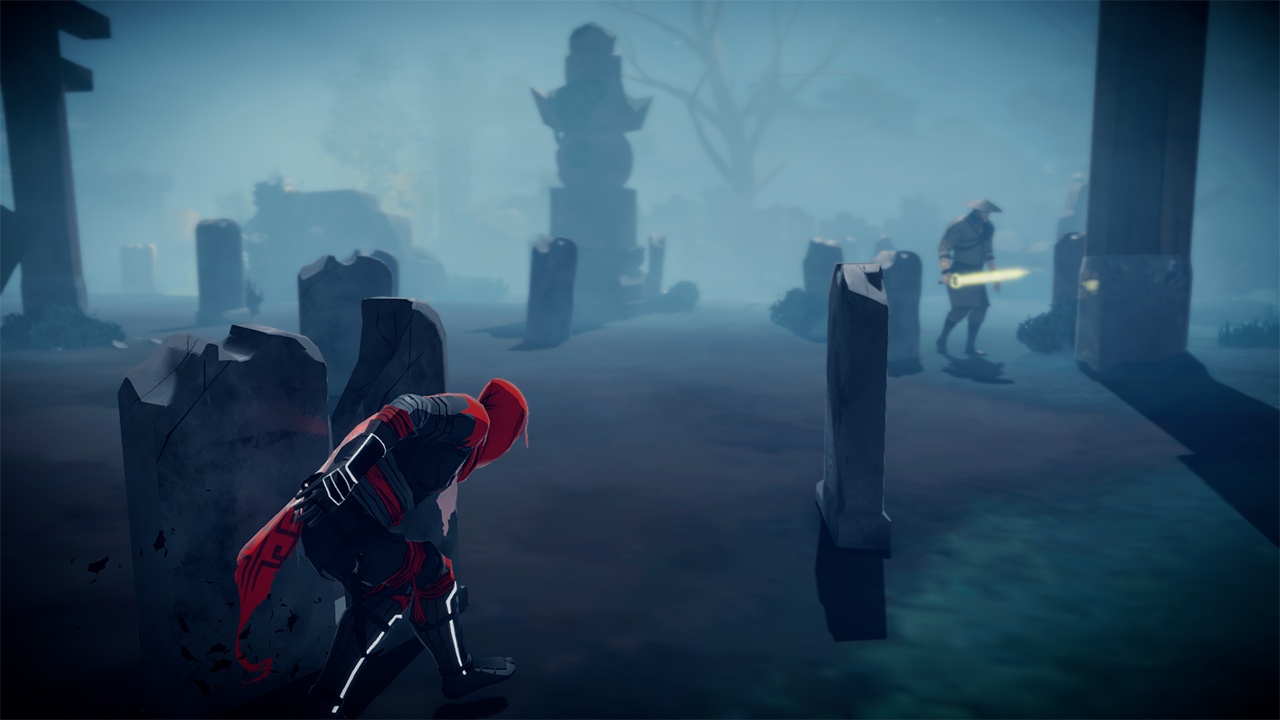 The biggest issue that I took with Aragami: Shadow Edition was the performance, and I say that with a bit of hesitation. You see, at this point, I’ve installed, played, and deleted close to three hundred Nintendo Switch titles, possibly more, and my microSD card is starting to really feel the burn in terms of how much it’s been asked to do. As a result, I can’t honestly say if the results of the game were due to code or due to hardware. There wasn’t anything obscene or awful, no crashes or glitches that resulted in unplayable moments. But everything felt sluggish when I wasn’t in the thick of an assassination. Aragami seemed to lope along, and there was a moment’s hesitation with every input and decision that I made, be it to teleport between the shadows or leap behind a column for protection. The delay doesn’t seem like much at first, but it became seriously irksome after a while and I had to take a break and step away from the Switch to review the game with fresh eyes after an hour or so. But, again, because it was so consistent, I can’t honestly say if it was performance from the game or just my poor, abused 200GB card.

Still, Aragami: Shadow Edition looks really good, is a shocking amount of fun and has plenty of replay within in terms of doing your best job. Much like Mark of the Ninja, you find success and enjoyment in perfecting your score, your kills and your technique. Finding all the scrolls to max out your skills, becoming a true unholy terror, and pretending to be surprised when it turns out things aren’t as they appear, it’s all part of the ritual, and it works great on the Switch. That’s my take. If you liked Mark of the Ninja but wanted it to be in 3D and have some more supernatural dealings, this is right up your alley.

The Nintendo Switch can never have too many tales of revenge and murder, and Aragami is an excellent example of good techniques put into solid practice.