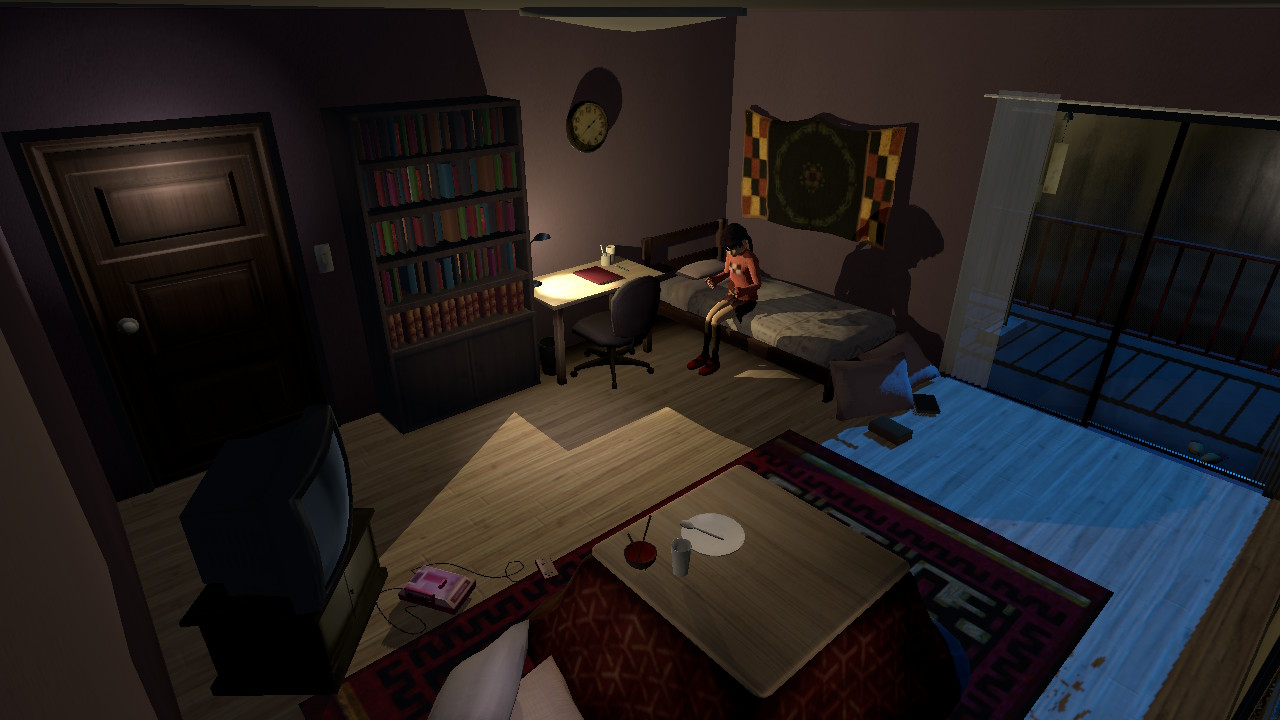 Poor Yume Nikki: Dream Diary. There are a certain number of fans who had essentially cursed this game before it even came out. To some degree, I can understand, especially when you look at the legacy. The original Yume Nikki is the quintessential indie game that was a massive inspiration and signal to some of the great developers of our time. Hell, if it hadn’t been for Kikiyama releasing this title close to twenty years ago, Lisa the First would have never been made, and then I wouldn’t have been able to hate my life while playing Lisa years later (still hoping that LoveBrad puts Lisa on the Switch, by the by). It was incredibly expansive, did a huge amount of storytelling while saying nothing, proved that 2D games still had importance and, moreover, that games as art were a valid and serious argument. Oh, and Yume Nikki was free, which probably grated against people being asked to pay for an updated version more than anything. However, it needs to be stated that Yume Nikki: Dream Diary, has serious legs, and should not be overlooked, not for one, insane second.

Yume Nikki: Dream Diary (which is redundant, since Yume Nikki literally translates to dream diary) is the story of Madotsuki, one of Japan’s infamous hikkikomori (modern recluses) who refuses to leave her one room apartment. Instead, she dreams: she has vividly unbelievably surreal dreams of the world outside her apartment, and all the strangeness that either exists in her psyche or she fears exists out in the real world. As she dreams, she discovers various items, called “effects,” that change the course of the dream world, allowing her to go further and discover more. Your ultimate goal is to discover all the effects to find the “ending,” but this is even a misnomer unto itself. Firstly, because there is a hidden ending that is crazily bizarre to find, and, secondly, because there’s no conclusion that’s satisfying or really denotes “the end.” The game is simply over, but even that doesn’t feel true, because there are secrets to find and concept art to unlock. As Madotsuki dreams and awakens, she makes notes of what she saw in her dream diary, which acts as both a save point and an insane chronicle of what happens as she rests.

It’s so hard to describe what you “do” in Yume Nikki, but it boils down to falling asleep, walking through a door, and deciding what’ll happen next. The door out of your apartment in your dream leads to a series of twelve doors, each connected to a different world that lives in your mind. What’s really interesting is that several of the realms are connected through one means or another: some all share the same sewer access pipe, some can be reached through a train with no tracks, and still others are like a dream within a dream, giving you Inception levels of strangeness. For example, there was a moment where I left some docks, wandered through a forest, wound up in an unsettling sort of post-apocalyptic beach and then concluded in a gorgeous temple/mountain that contained…someone else’s apartment. Each world has a bit of a puzzle to work out, like figuring out the right order of some glyphs, collecting coins to buy a “drink,” or outwitting some kind of haunted, menacing presence that guards an area. 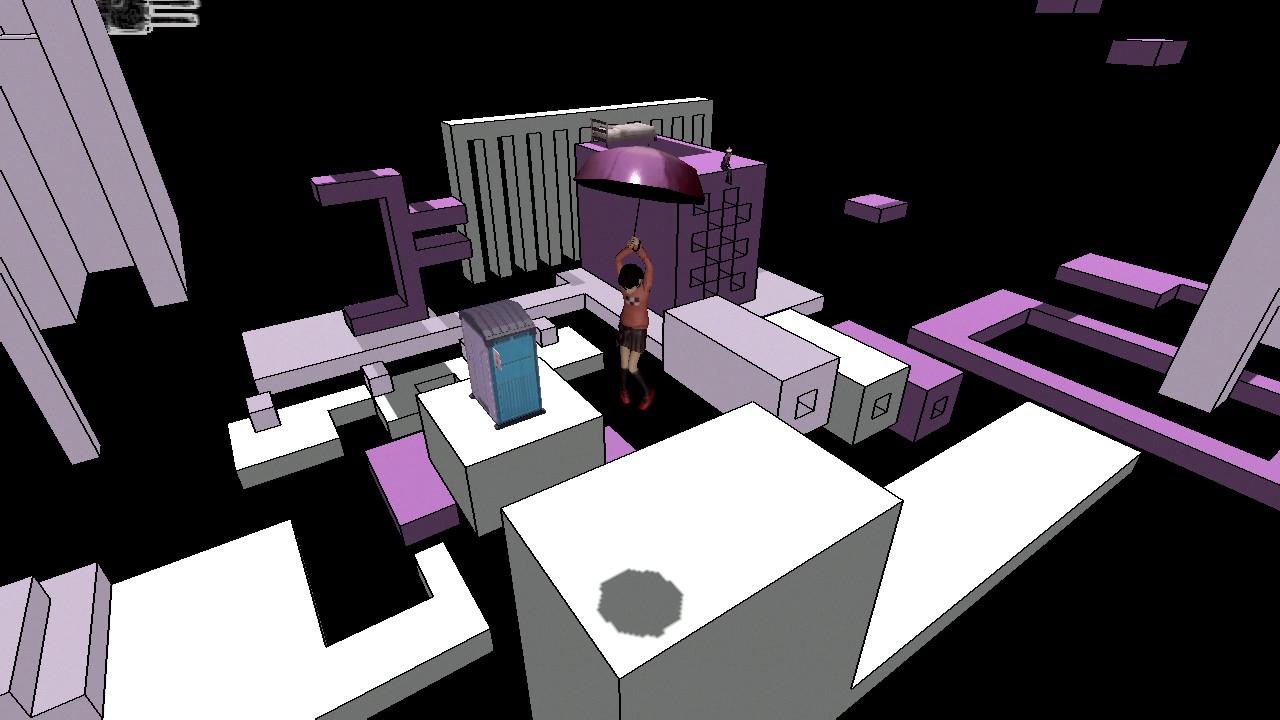 In a positive and negative swing, Yume Nikki offers exactly zero clues from the very beginning as to what you’re supposed to do, and there isn’t a linear path as to where to go or what to do next. Several of the worlds are standalone, and can be completed the first time through simply by following the flow of the land and deciding where to turn, where to jump, and where to hide when the time is right. In other cases, you need to double back, revisiting some dreamscapes only after you’ve discovered something from another land and come back. There’s one particular moment where you have to get past a crying girl, and the number of Rube Goldberg steps needed to finally just get around her is astonishing as a flow chart. This is not a game for people who enjoy having a clear idea of what they’re doing, nor a clear narrative. Honestly, if you’re someone who gets annoyed or frustrated easily, you should absolutely steer clear: the number of times that I felt bamboozled by the game were shockingly high.

Yet, if you can let go of your normal expectations for a gaming lifestyle, you’ll find something really special and interesting within the world of Yume Nikki: Dream Diary. Everything that exists in Madotsuki’s mind is strange and fascinating, like how it must have felt for people in the older times to visit Ripley’s museum and lay eyes on what had been discovered. There are serious moments of creeping terror, like the way that mannequins move when the lights go out, or the screech of the bird-faced women as they chase you with the intent of drinking your blood. There are hints that Madotsuki is more deeply disturbed than you could imagine, playing forth in the guise of killing a monster who may have been an innocent person, or the flashes of red and yellow when you’re just about to wake from your last dream. There was this moment when I awoke from a particularly unsettling moment, and I lost control of Madotsuki for a moment. She walked the length of her apartment, and then turned to stare at the screen, like she was accusing me with her eyes of spying on her subconscious and doing nothing to help her. It honestly gave me chills, and was so well done that I can’t imagine it having come across nearly as well in 2D. 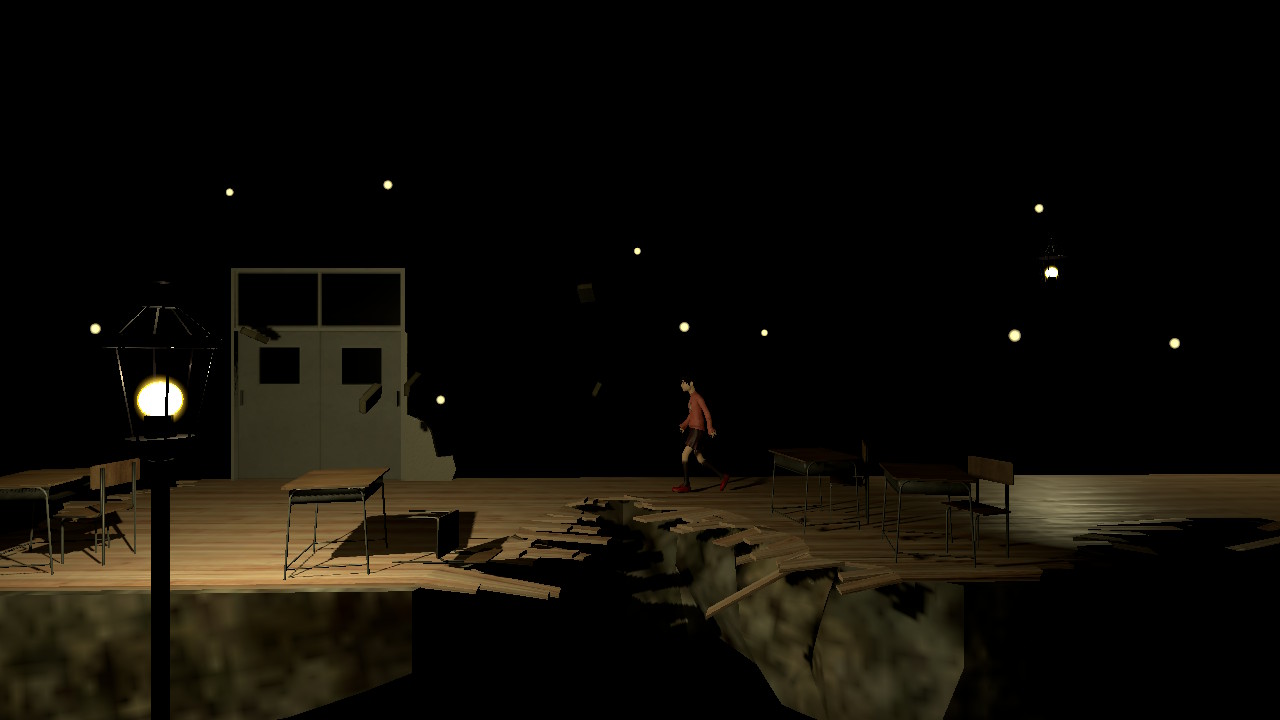 Right, the 3D remake. As it’s been said time and again, Kikiyama had a huge hand in overseeing this version of the game, and I think that it’s done incredibly well in terms of visual and aural ambience. While the 3D might feel a bit dated and janky at first, it quickly becomes clear that it helps to make an homage to how Japanese indie devs were doing 3D games in the recent years, bordering a line of uncanny valley in terms of not cartoonish enough but not realistic either. A lot of the environments, from the always terrifying school (what is it with schools in Asia and being creepy?) to the snowy wastelands just come across so much better in 3D. Interestingly, a surreal puzzle level that preys on depth perception and moving platforms was NOT as successful in 3D due to the fixed camera angle and the inability to move around. While I get this was important to help telegraph a sense of disorientation and helplessness within your own mind, it also was cumbersome to navigate and was more frustrating than inspiring. I can see how something like that would have been very cool and exciting in 2.5D with the right color and motif floating around.

As the game moves on and drags you along deeper with it, you really have to consider how much you want to invest in the story of Yume Nikki: Dream Diary. Nothing is a sprint except for the moments where you have to sprint away from something evil and murderous. This is a game of trial and error, of figuring things out in a way that only you can because no one is going to hold your hand. Certain numerical puzzles can only be solved with a keen eye to detail OR by being stupidly lucky, and it’s crazy how long it took me to get through the conveyor belt of meat. However, for someone who enjoys the strangeness of games, I was on board from the beginning to the very end, very excited with how the game was ported to the Switch (good use of directional buttons for arrow keys) and the overly strong but appropriate death rattle of the JoyCons when I took a wrong turn in my dream. There was satisfaction in luring the beast into the cage. There was terror when the lights wouldn’t turn back on. There was wonder as I drifted on a balloon over distant, shapeless shores. There is a range of emotion and interest, and it’s all here without the game needing to tell you it’s here.

Ultimately, people who are convinced that the freeware version from 2000 (that you can now get on Steam for free) is superior won’t be persuaded to drop for the 3D version, especially since the game is curiously publishing under the Active Gaming Media flag and not Playism. However, for people looking for a seriously unique gaming experience, Yume Nikki: Dream Diary is one of a kind, and one of the best expressions of loneliness, despair and anxiety as they conflict and meld in a single person. The game is not a cry for help, but, rather, a cry for attention. It deserves to be noticed, to be acknowledged, and, hopefully, to be understood. And, for the player, it is a journey that you deserve to take.

Simply put, one of the most bizarre, unsettling, and fascinating titles that I’ve ever played on the Switch.