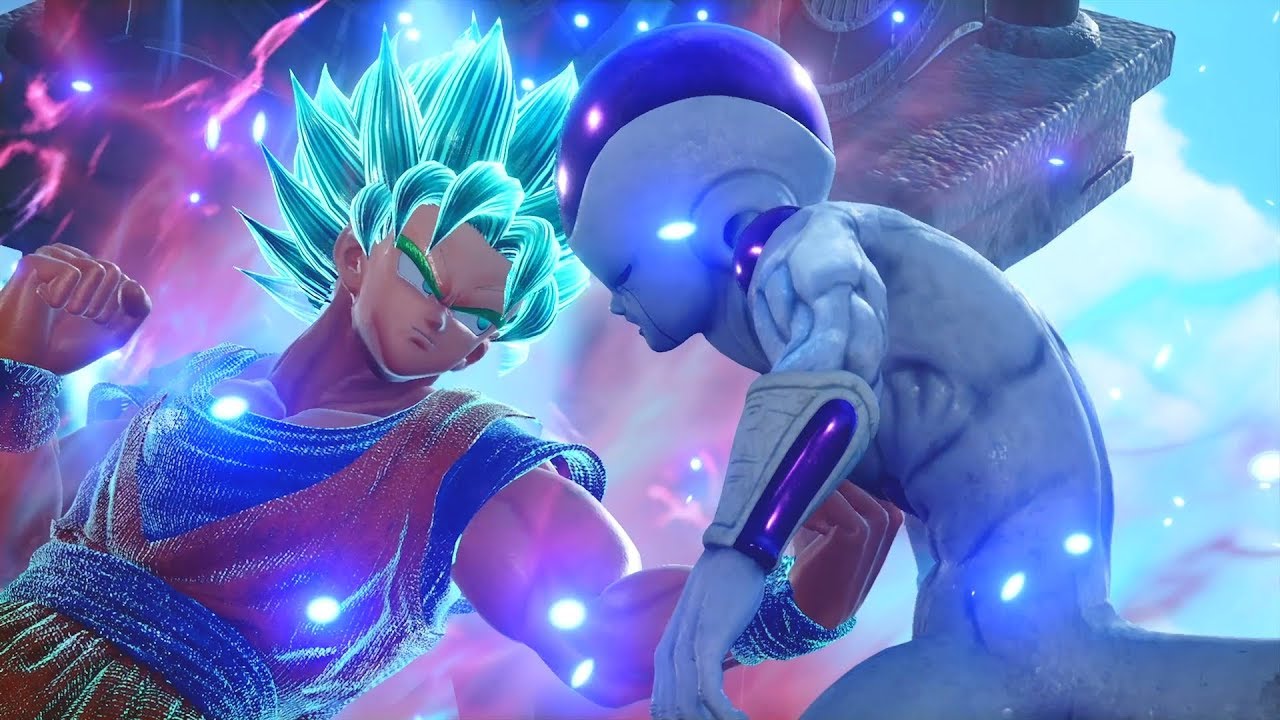 For me, and so many others whose childhoods for the most part have revolved around so many anime and manga series over the years, Jump Force would come to be the game that brings all your favorite beloved shows and characters into one massive anime Smash Bros; and with the weekly Shonen Jump comic magazine hitting its 50th anniversary last year, Jump Force is meant to be a celebration of the many legendary anime and manga series long from its pages. To its credit, just at first glance it most certainly looks the part with its high quality flashy combat, crisp details, over 40 characters crossing over from sixteen different series with a unique aesthetic that takes the most popular anime characters and brings them out into the real world.

It certainly sounds like a game with all the right ingredients to be a top fighting game, but unfortunately, as high and mighty as it appears, it disappointingly lacks on all other points. From its simplistic, and basic fighting system, to its uninspiring story on top of some other smaller issues, it all just adds up to be nothing more than underwhelming.

The game puts you into the shoes of a random civilian passing by, who just so happens to get caught up in a battle between Jump heroes and villains in Time Square with hardly any context as to how and why these events are accruing. Simply put, you get killed, revived with super powers and from here, you’re given the opportunity to create your character however you please. Though it must be mentioned that the game doesn’t have a lot of options to choose from with its customization. However, there are a few features to anime characters that didn’t get to make the roster, which you can make your own versions of characters such as Kuwabara, Urahara, Kurama, Saitama and many more if you’re feeling crafty. 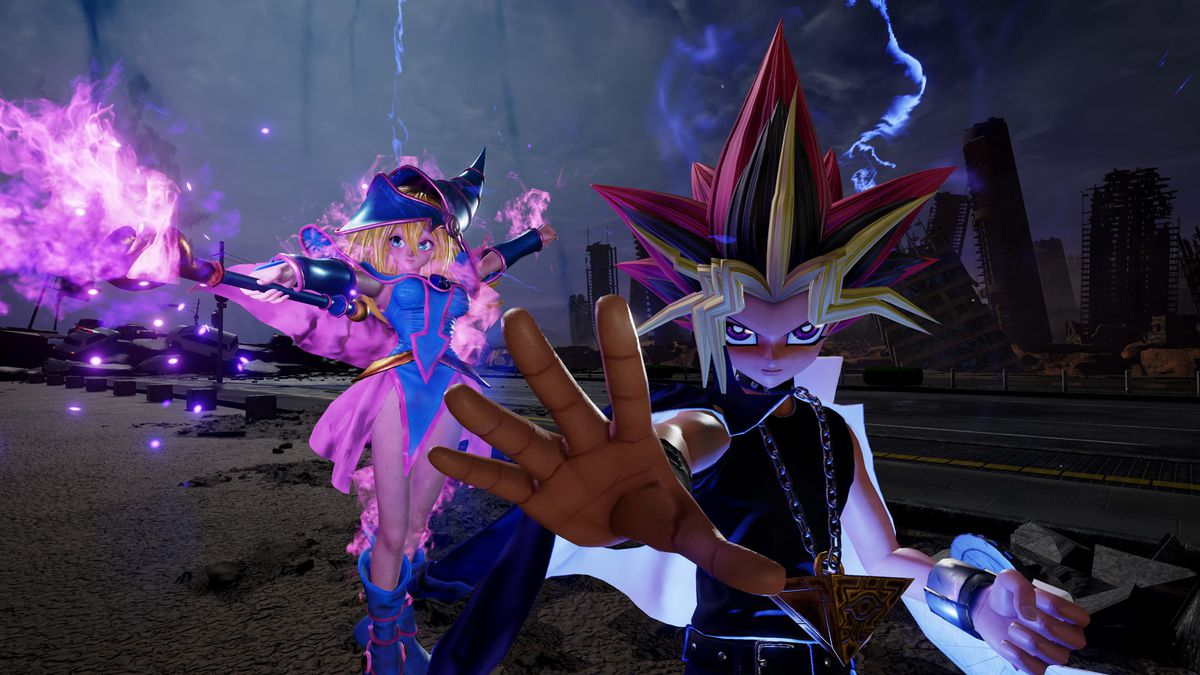 Aside from its character build, the plot on the other hand tries to take itself a little to seriously and misses out having fun interactions between its verity of characters. Not to mention the dull story is mostly done through cut scenes that are painfully deprived of voice acting. Moments like when Kenshin challenges Zoro duel over his strict teaching methods are left mute and are completely lifeless. But real issue in the story is not entirely its uninteresting plot but it’s how you seemingly progress through it. You aren’t given any points to guide you to where your next mission is, character upgrades are complex and confusing and of course, as you go towards the end, the difficulty only spikes higher and higher for all the wrong reasons; while its AI are terribly designed and dumb as ever, enemies can easily shave off your health in chucks with simple combos and special attacks. It’s artificial difficulty at its all time worse.

Though its story may seem poorly thought out, its true glory stands out in its fast pace, flashy and simple combat. It’s a combination of Namco’s games put into one unique play style. Matches consist of a team of 3v3 with a two button combo system made up of light attacks called rush attacks and heavy attacks. Rush attacks can be mashed into trigger auto combos that can eventually lead to your opponent being bounced back and forth across the arena while heavy attacks are admittedly slower, but can be cancelled into a rush combo at just about any given point. And much like Dragon Ball Fighterz, you can even close the distance quickly with high speed dash that’s connected to your mobility meter, or by also simply tagging in your teammate. Similar to Xenovers, each character has four special moves that can be performed by holding the right trigger and pressing one of the face-buttons. Being able to find the right time to throw in a rush, heavy attack or even knowing when to use an assist and even learning to which special to finish with generally, the way to find those big damage combos in itself is pretty fun.

Developers SPIKE CHUNSOFT especially did a respectable job of making sure each move has at least some sort of counter. Auto combo spams can be beaten by blocks, side steps, or even by charging armored heavy attacks; predictable dash ins can be interrupted by, vulnerable on startup, special moves and excessive guards can be broken up by powerful unblockables, or throws. There’s even an emergency escape that helps you out of a combo as you’re getting hit, but that can come with the expense of  your entire mobility meter, so its a high risk reward tactic that can be frustrating but helpful depending on which way the match goes. 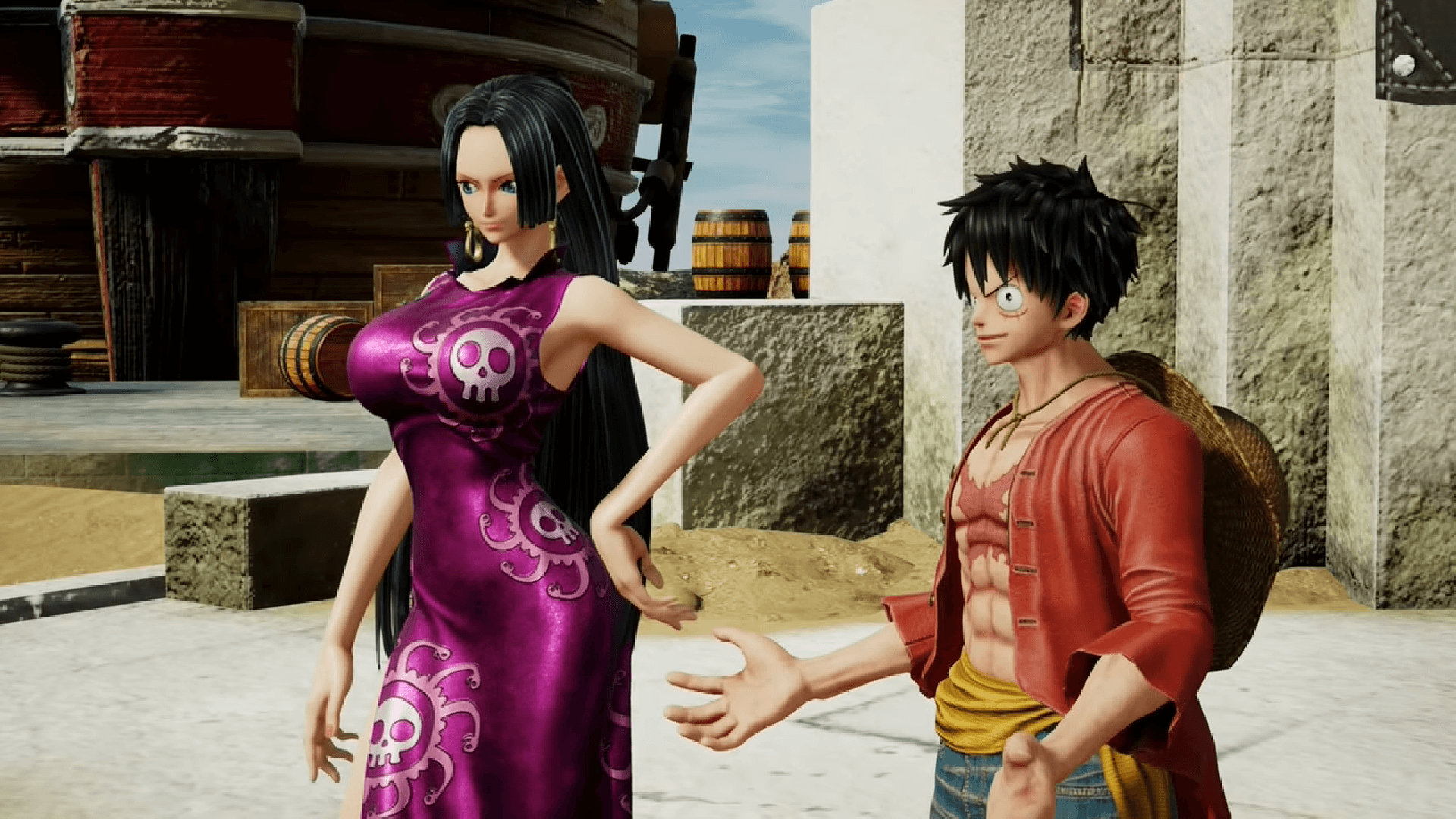 On the conversation of team based combat however, for a 3v3 tag fighter the tag mechanic in this game, unlike most tag based games, takes it in a whole different approach since all three characters basically share the exact same health bar. For some the tag mechanic may seem like a shameful afterthought, but for others they may like the new approach, as it makes for a new kind of strategic thinking as the match easily ends if any of your three characters loses the round

Above all else, Jump Force is for the most part lacking in polish. Load times are painfully long, frame rates in some, if not most, cut scenes are terrible, animations outside of the story are simply one-note and dry and there are no English dubs to add to the list of minor issues.

If you take away from everything though and you have some like-minded anime friends who just want to round up and play with all their favorite characters, Jump Force’s fighting system does offer a few solid hours of shallow fun before it eventually becomes old and repetitive. Its bland story feels undeveloped and never truly does anything remotely interesting, with its impressively massive roster of beloved characters who rarely or never even had the chance to meet before. And despite having a great set of players and combat to focus on, that alone still couldn’t help its chances which at the end of it all, makes the celebration of 50 years of Shonen Jump an unfortunate disappointment

Forced to make a jump too far.