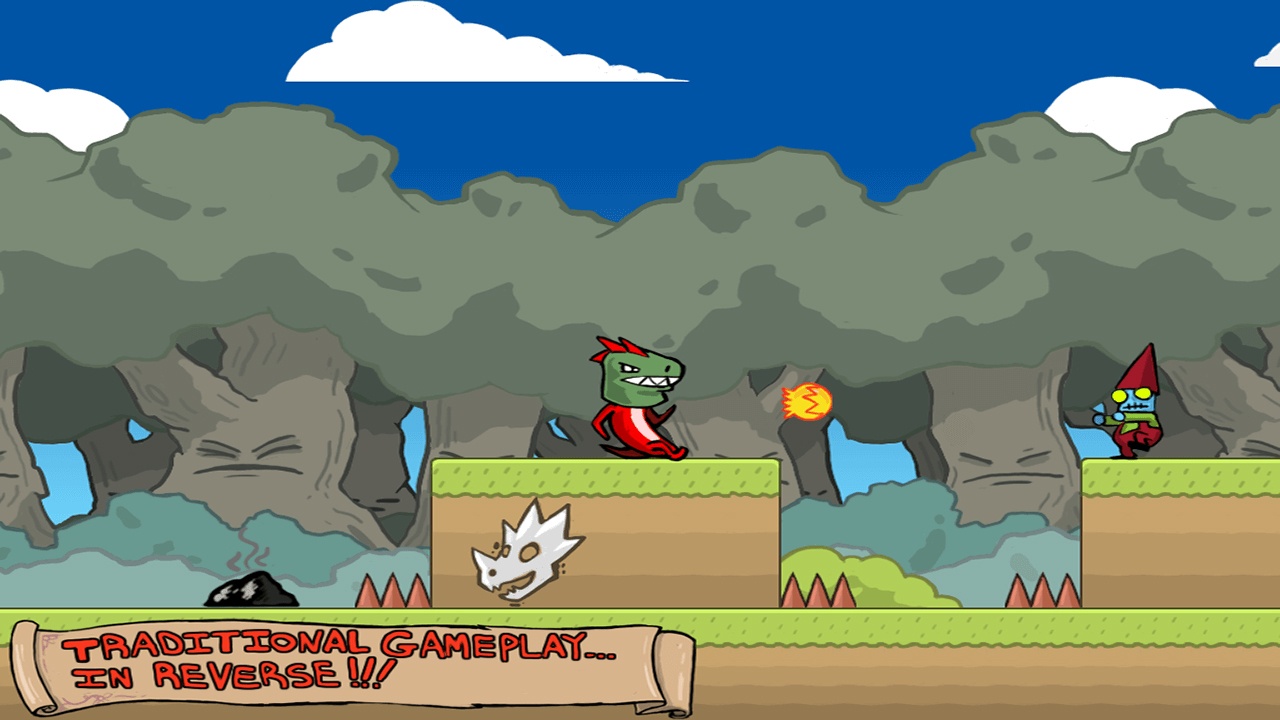 A novel concept and a solid execution can seriously counterbalance any shortcomings that a game, movie or even book might have. When you really look at the core story and elements of The Binding of Isaac, the obsession with poop and the really screwed up Christian elements makes for a terrifying visual, but hey, good twin stick, so whatever. That’s sort of the core mantra that helps keep Megafuzz’s bizarre puzzle platformer, Spoiler Alert, alive and well. When you get things just right, it looks fun and feels fun and makes total sense. However, when the game missteps, it seriously, truly missteps.

The game premise is simple. You’re the Chili Pepper Knight, and you’ve just defeated the final boss and recused (or kidnapped) the princess. I’m going to be real honest, it looks like you’ve stolen her, but whatever, perspective is always subjective. Then, as the credits roll (six seconds into the game, wow), you suddenly get an alert that things are changing. You will now play the whole game backwards, starting from where you are and running back to the very, very beginning of the game. Hope you’ve packed your travel sickness medicine, because it’s about to get disorienting for the player, as they have to run, dodge and precisely time their movements for about a hundred stages worth of backwards play. 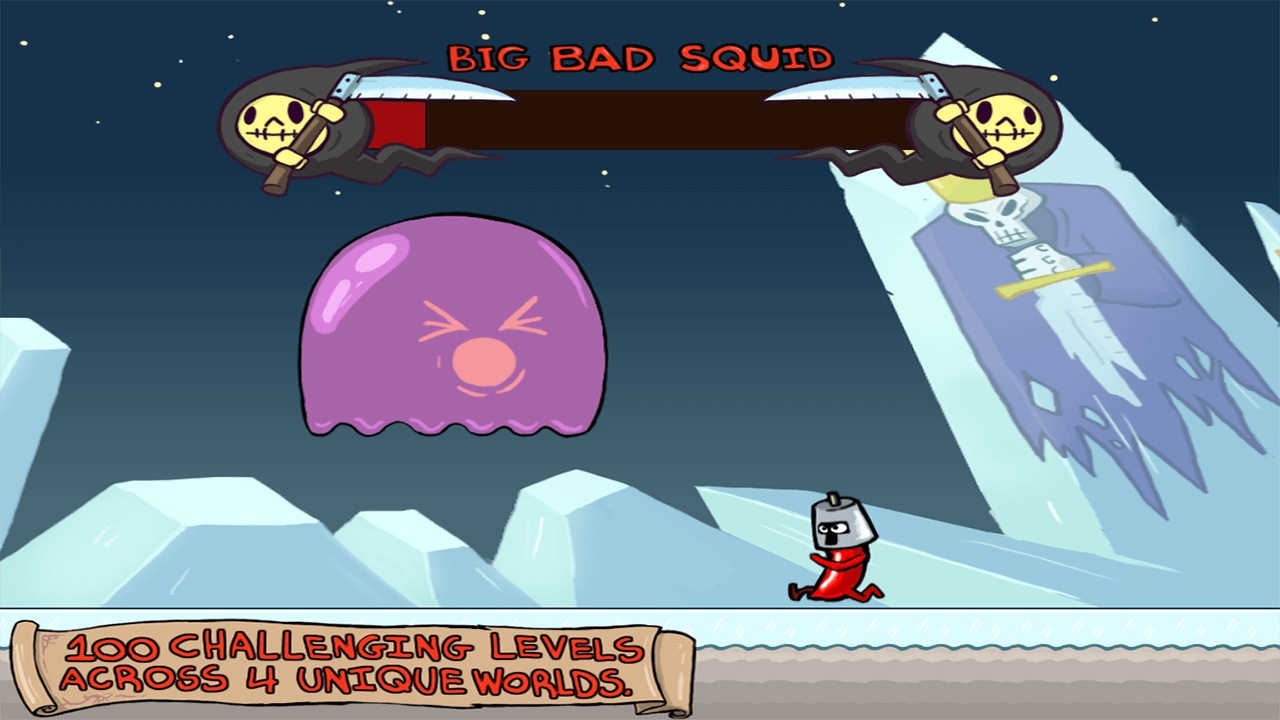 Each stage involves starting on the right and your character auto running to the left, asking that you follow the path that the “player” had laid out previously and matching it to a T to avoid a time paradox. So, if a coin has been collected, you need to jump up and replace it where it was. If an enemy is down, you need to stomp on them and resurrect them in time to block your path. And, naturally, you can’t die: if you died, how the heck did you get as far as you did? No, this is a very bite-sized sort of staging, in which each level can be accomplished in well under ten seconds as long as you get everything right. Because this was originally a mobile game (and we’ll get more to that in a second), the idea is to make a bunch of smaller moments that excite and frustrate the player and incentivize them to try again and again until they get the pass, at which point you get a bronze trophy. Silver is from doing it with only a couple of deaths. Gold means you’re bulletproof, good job bucko.

In a technical execution aspect, Spoiler Alert fluctuates between being crazy easy, precisely satisfying, and frustratingly difficult. For some stages, it’s just a matter of not touching the spikes and getting from B to A without accidentally turning off the Switch. For others, it’s getting into that flow of bouncing, grabbing coins, swallowing down fireballs that incinerated foes, and hitting switches to release doors that will eventually block your path. These are the grand times of the game where everything comes together perfectly. However, there are several stages where the razor’s edge of timing is a tad frustrating, especially since it feels like latency issues and poor response time between landing and button presses are the real culprit. There’s a field of gold trophies in the third (first) world that’s marred by a single bronze statue, and that bronze is for some cockamamie stage where I needed to slow down time to see when my feet hit and I can IMMEDIATELY jump up again. That sort of detail isn’t fun for me. Thankfully, it’s nothing that I need to think about for long, because the next eight levels combined took as long as that particular one.

Mobile games have to come up with reasons for you to keep replaying them (I’m saying that a lot recently), and the bronze, silver and gold thing is an antiquated idea that kept Angry Birds going for far longer than it should have. When it comes to the Switch, you always have the option to play something else because, surprise, it’s a gaming system, not a phone, I just want to play games. So it was disappointing to realize that you can get from the start to the finish of the game (including the bonus stages) in well under an hour, and the only reason to keep playing is to unlock achievements and gold trophy everything. The achievements are humorous, but the lack of centralized achievement system leaves it to be just a short “hah” sort of personalize moment, and then it’s gone. What you’re left with is a mobile game that you paid five dollars for and it shows constantly that it’s a mobile game. 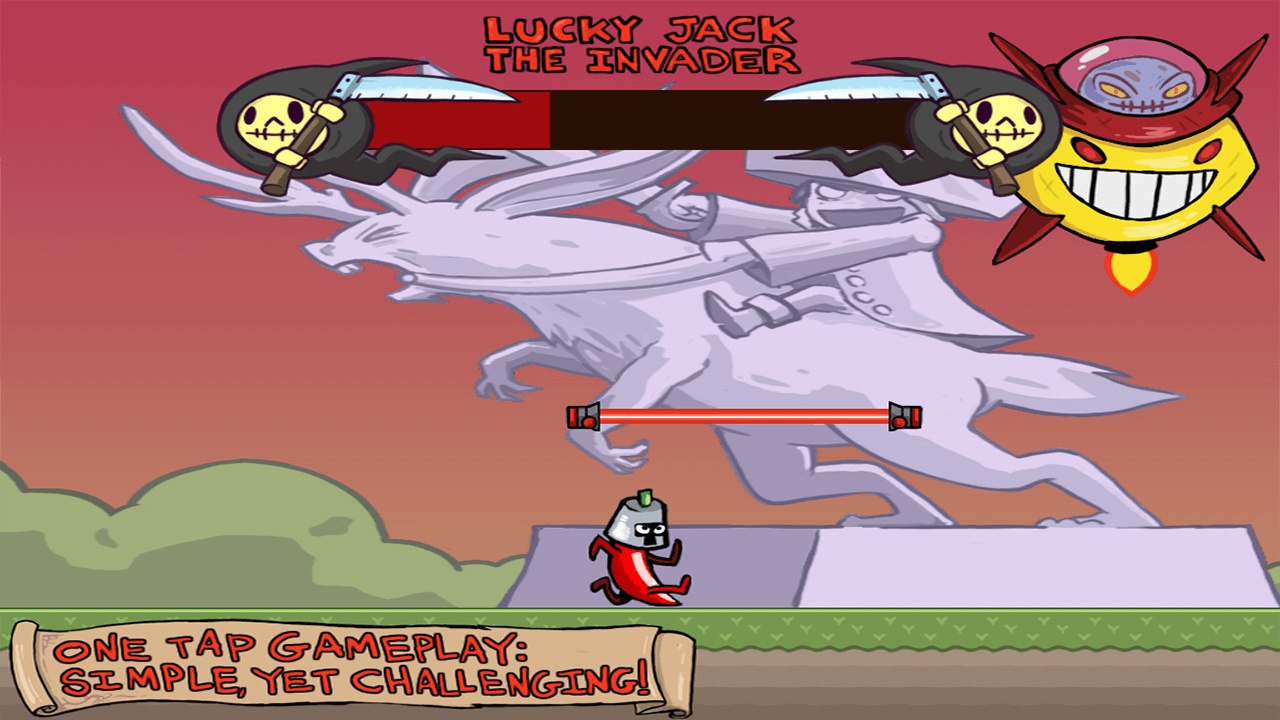 The graphics of Spoiler Alert look a bit pixelated and stretched out on the Switch’s screen, like there was a quick and dirty port from iOS to Switch OS with narrow a moment’s pause in between. Couple that with a really strange main menu, and things feel like you’re seeing cracks in the product that should be more hidden. You use a floating mouse cursor to select different stuff on the screen, but the confirmation button is B, not A. Then there’s the matter of not being able to touch the screen to select stuff, meaning that a game which HAD touchscreen input deliberately removed it for this console release. The end result is a mobile game that doesn’t play like a mobile game but sure as hell feels like a mobile game. What’s a person to do? Shrug their shoulders and strap in for the ride, I suppose.

Spoiler Alert is entertaining for approximately as long as you let the game hold your attention, which wasn’t terrifically long, in my case. If this were a game on my phone, I’d just put it on a far screen, forget about it for a while, then replay it when I was on a long bus ride and done reading my book that I’d packed. However, on the Switch, without being able to organize or really even consider any games after the most current ten, Spoiler Alert is doomed to languish on the bottom row for next to forever, unless 8.0 brings some super exciting folders and sorting (seriously Nintendo, please). With a tiny install size and no real bells and whistles for this Switch release, I can’t advise against the game, but there’s nothing that makes me sit up and demand you play it too. For a game with a chili pepper protagonist, I’m left with zero heat afterwards.

After the first five minutes of play, you realize that even backwards, puzzle based boss battles doesn’t make for much replay or excitement.