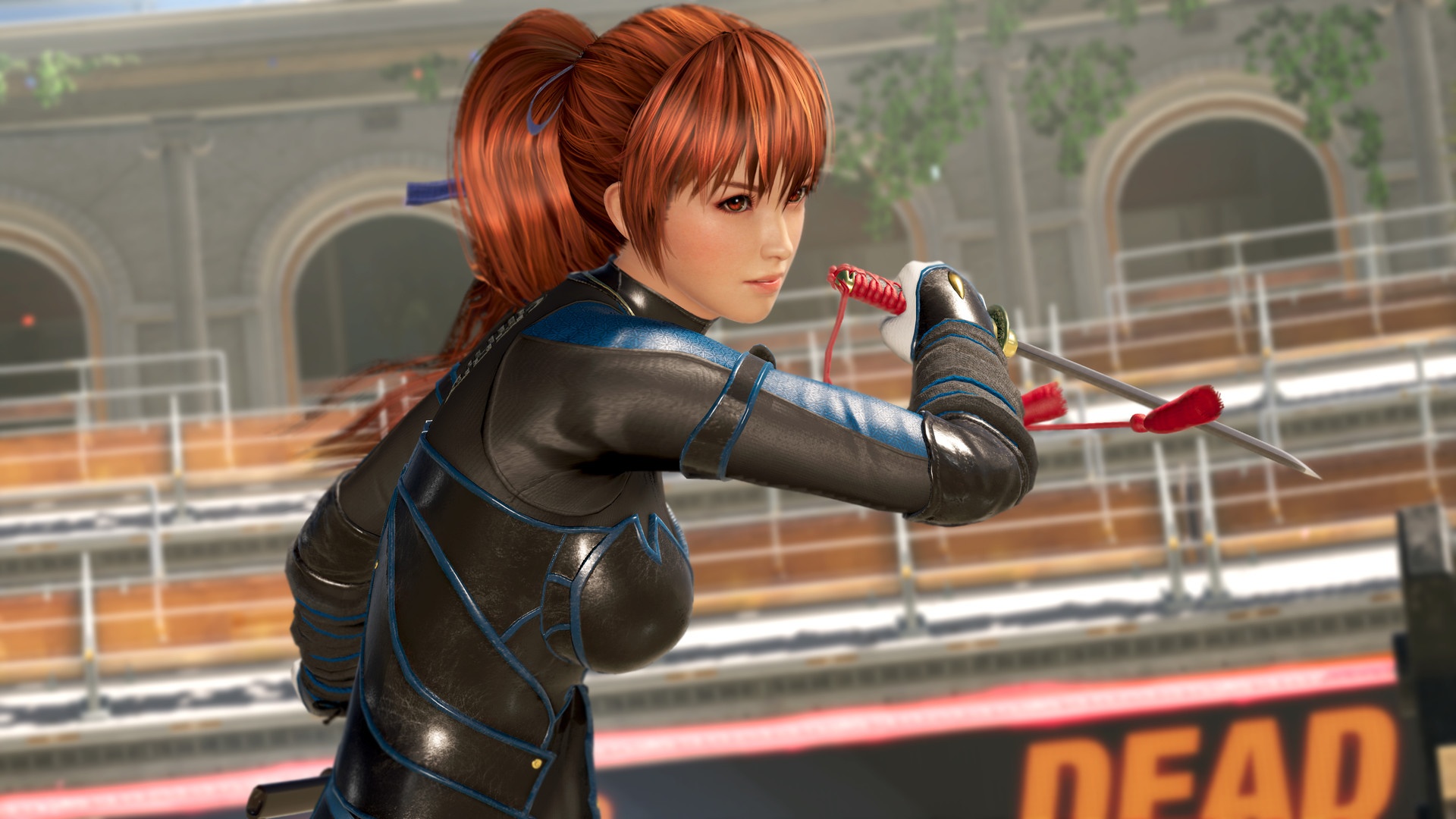 Boobs! It’s honestly the first thing that comes to mind when I think of Dead or Alive. Sure, it has always been a technically impressive and surprisingly nuanced fighter, but come on, you’re all thinking the same thing aren’t you!? It’s ok, don’t feel bad, it’s what Team Ninja and Koei Tecmo want you to think. Well, it was anyway. Ahead of the release of Dead or Alive 6, it seems that both parties have been at pains to stress that Dead or Alive 6 would be a more grown-up Dead or Alive, a more considered experience, a Dead or Alive for the times if you will. Initial signs were promising – early footage suggested a more realistic, grounded take with series stalwart Kasumi wearing something bordering on the appropriate. Perhaps they were telling the truth – perhaps they had changed, that the series was ready to step in to the modern-day. Perhaps Dead or Alive was finally ready to move away from the titillation for which the series is famed.

Nah, turns out they were telling fibs. There are boobs everywhere. In fairness, they have hidden the overt titillation from the front end of the experience, but dig just below the surface, and yeah, boobs aplenty. That’s fine though. Well, I think so anyway. I can’t say the skimpily clad female fighters were ever the primary draw for me, but for many, it’s something that they associate with the series, something that they enjoy, and you know what – why shouldn’t they!? I applaud Team Ninja and Koei Tecmo for at least partially moving with the times (the primary outfits are almost befitting of female combatants about to go into battle and there is no longer an option for maximum jiggliness in the menu), but come on, why shouldn’t they also serve their long-standing fan base? The continued commitment to the Dead or Alive hardcore might come at the cost of wide-spread validation, but it does show an admirable (if arguably misplaced) loyalty to its fans and heritage.

As always though, Dead or Alive 6 isn’t just about boobs. Sure, opinions will be split as to whether Dead or Alive remains exploitative or whether it has any place in the modern climate (I think it’s all too absurd to get genuinely upset about), but behind the scantily clad female fighters, the barely hidden innuendo and the still rather jiggly physics remains a top-tier fighter that, despite a few technical issues and a genuinely terrible story mode, belongs at the very top end of the genre.

In spite of its reputation, Dead or Alive has always been a great fighter, and despite Dead or Alive 6’s relative lack of genuine innovation, it’s arguably the finest the series has ever been. Yes, it’s still relatively simplistic, but that’s always been part of its charm and what has set it apart from its often relentlessly technical peers. The rock, paper, scissors systems for which the series is famed does come at the cost of depth, but equally, it does makes for an instantly accessible, novice friendly and incredibly smooth fighter. 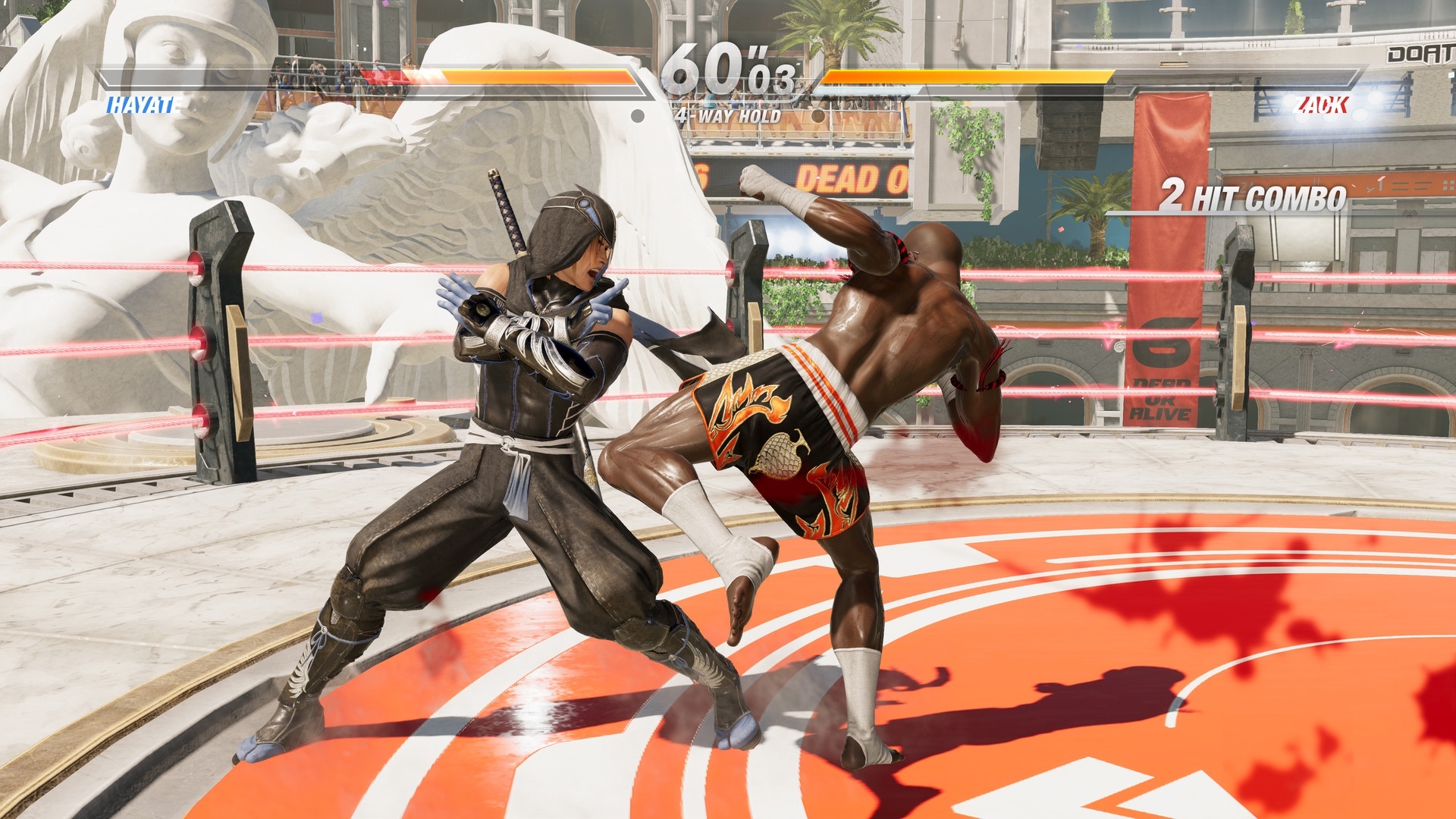 That’s not to say that there is no skill of course, it’s just that it’s easier for newcomers to get their heads around the key systems and move-sets. Rather than remembering long combos and complex inputs, Dead or Alive is about managing space and reacting to your opponent. The simple throw / attack / counters system is easy enough to grasp, but take the fight online, and you’ll soon realise just how refined these mechanics are. There are few fighters that make button mashing look so good, but run into a player with a bit of technical nous, and they’ll almost certainly take you down with ease, countering your clearly signposted combo time and again.

Like any fighter, there is a big learning curve when it comes to competing online, but the great thing about Dead or Alive (and in particular 6) is just how fun it is to traverse that curve. Right from the off, Dead or Alive 6 feels great to play, and as you advance, it’s always clear what you need to do to get better. You don’t need to learn epic combos or thumb dislocating moves – you just need to play more. As you play more, you’ll start to notice the tell-tale signs that a move is coming, you’ll improve your timing and you’ll figure out how to manage space.

That’s not to say that you’re left to your own devices though. While you would probably be able to teach yourself how to play Dead or Alive (well, the basics at the very least) by simply making your way through Arcade Mode, unlike many other fighters out there (the majority of which are far more complex), Dead or Alive 6 includes a genuinely fantastic tutorial mode, one that takes you through the basics of combat quickly and efficiently. More impressively though, the raft of surprisingly entertaining single player modes do a great job of teaching you the finer points of the games’ mechanics without ever feeling dry or repetitive. By linking skills and moves to unique challenges, Dead or Alive 6 ensures that learning the finer points of combat never feels like a chore.

Long standing fans of the series might not feel that training is required given the limited changes to the core combat, but even they might want to tune in for the all new S attacks and Break Gauge. On the surface, a lot of this appears to be built around the visually impressive but technically limited combo attacks that finish with an almost Mortal Kombat style close up as your fighter rounds of a Fatal Rush combo with a Break blow, but for those willing to dig a little deeper, the ability to attack through enemy attacks and pull off powerful counters does invariably change things up when it comes to high level play. Don’t get me wrong, this is still a relatively limited fighter in comparison to some of its more celebrated peers, but it’s a move in the right direction without coming at the cost of accessibility. 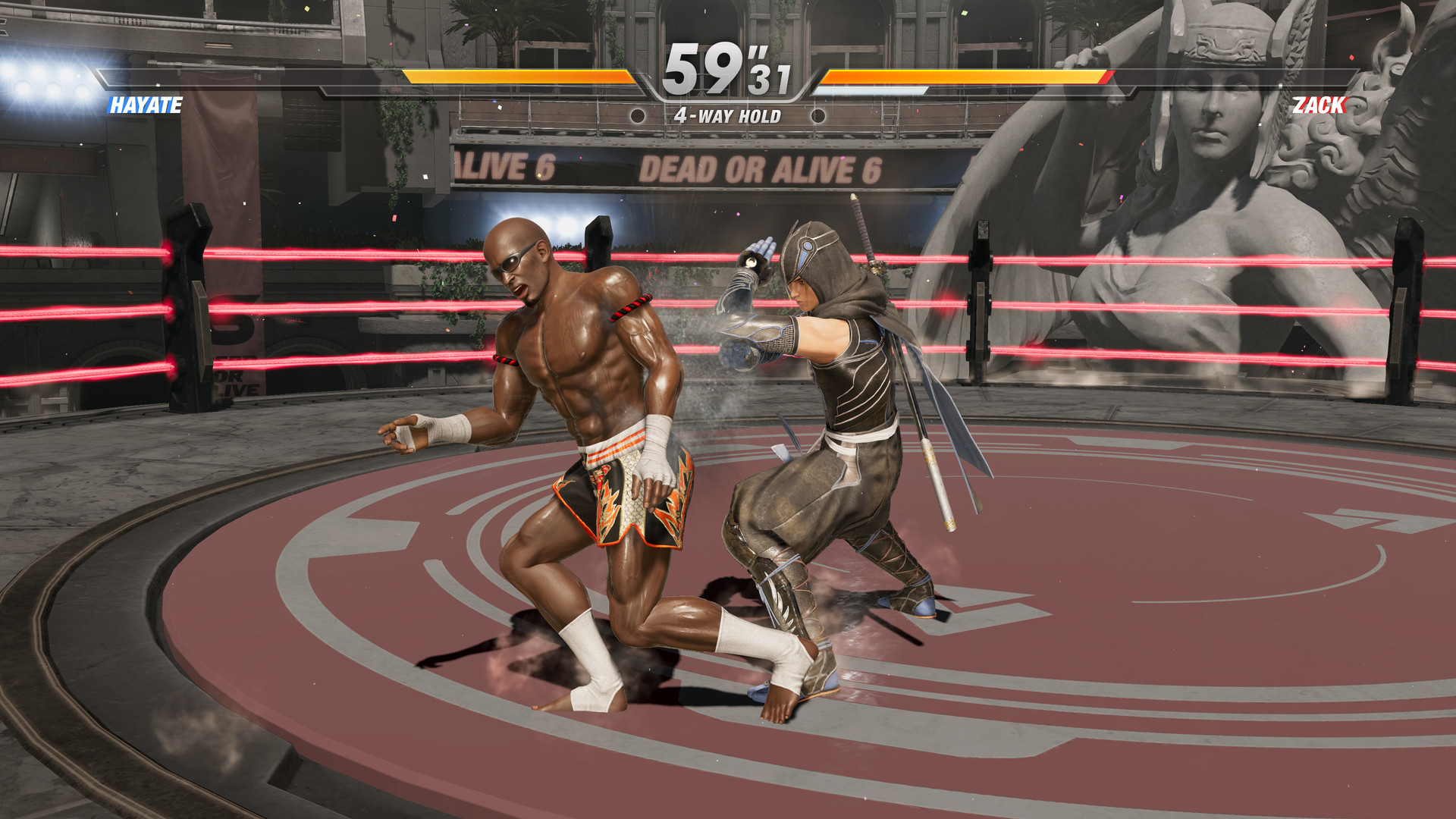 While DoA Quest mode provides an extensive and surprisingly varied selection of challenges, the Story Mode is mostly pants. Sure, it’s entertaining enough, and the absurdity of it all is largely amusing, but like Street Fighter V’s campaign, the battles are far too short and the story much too long. It does provide an excuse to fight with a multitude of combatants, but with each section consisting of little more than a single round of combat, it’s all but impossible to get a feel for the fighters under your control.

The single player content then is a tad hit and miss, but if nothing else, it’s certainly robust and, despite falling short of the likes of NetherRealm Studios’ customarily excellent single player content, it’s still better than you’ll find in the majority of fighters on the market. Sadly, the same can’t be said of the rather limited multiplayer and online options. With only Ranked matches available at launch, this is a decidedly bare-bones package. Luckily, while the options available are limited, from my experience, online fights do at least run smoothly while presenting a genuine step up in challenge for those feeling brave enough to take on some of the very skilled online combatants out there.

Opinions will invariably be mixed in regards to the better hidden but still clearly present titillation, and the DLC prices are, well, if you’re not already aware, they are absolutely absurd, but if you’re willing to accept the racy outfits, or like many, simply embrace the series’ penchant for all things skimpy and sexy, then you’re in for a technically impressive and hugely enjoyable fighter. It might lack the complexity of a Virtua Fighter or Street Fighter, but as a fighter that combines accessibility with depth, there are few games out there that can match its ability to balance both worlds.

It might lack the complexity of a Virtua Fighter or Street Fighter, but as a fighter that combines accessibility with depth, there are few games out there that can match its ability to balance both worlds.