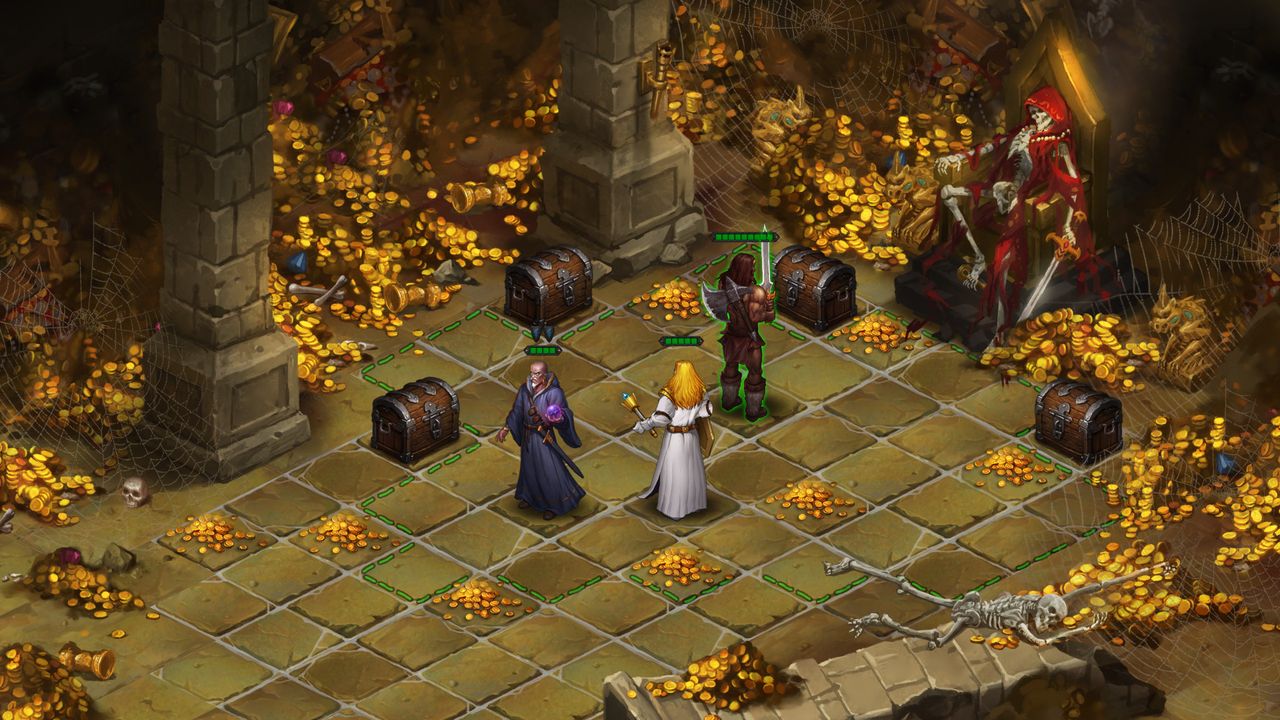 Having been a day-one owner of the Nintendo Switch, I’ve watched with enthusiasm as its popularity began to grow; as well as, its now expansive, library of games. Whatever your favourite style of game or genre, you’re sure to find at least one title that satisfies your thirst for gaming. However, it can also be just as easy to become lost in the depths of many similar games upon the Switch; none more so that those that incorporate the elements of role-playing and turn-based strategy. In terms of this particular genre, the choice of titles on the Switch is simply overwhelming. The latest of such games to see a release on Nintendo’s console comes in the form of Dark Quest 2, a role-playing, turn-based dungeon crawler that comes off the back of releases on the Xbox and Steam platforms, but is also one that should head and shoulders above many of its competitiors.

As with most role-playing games these days, the story follows a very clichéd path, with the death of the current ruling king being superseded with the throne being taken over by an evil sorcerer and his minions causing all sorts of havoc across the, once peaceful, land. It’s your job to determine the fate of an heroic uprising and fight your way through the army of minions to face off against the evil rule and bring harmony back to the kingdom. Nothing particular new or original here, but when it comes to the rest of the game and its mechanics, this is a title that offers a lot more than what you may first think.

A brief tutorial walks you through the basic elements of the game as you begin your adventure on the way to the besieged castle. Here you learn how to traverse the terrain and take part in combat. It’s all presented in an easy-to-follow manner and one that sets you up for the rest of the game. Once this initial level has been completed, the game begins to open up in a way that simply produces a fun and exciting experience; along with a nicely balanced challenge and pleasing aesthetics. There’s a lot of elements that make up the whole game, so without going into too much detail, I’ll begin to outline the core mechanics that makes this such an interesting title. 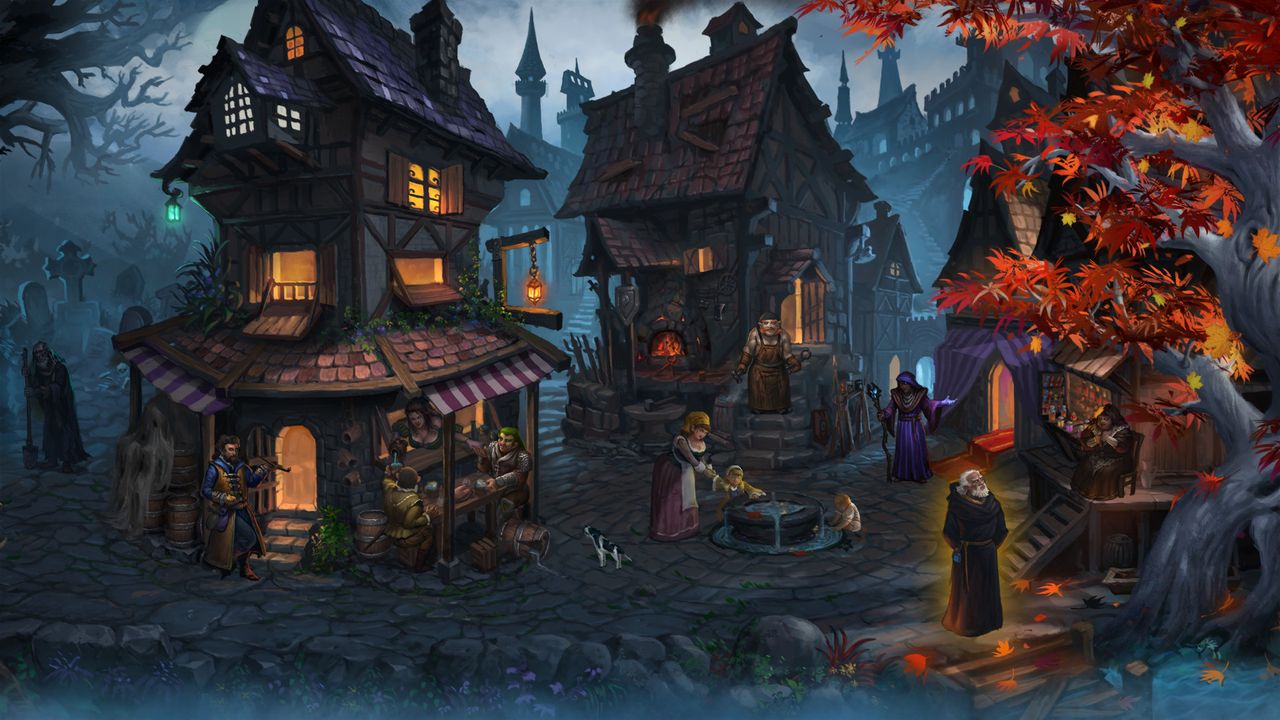 For many, the words turn-based can be off-putting. However, the style of its gameplay has been handled effectively; producing a game that plays more like a table-top adventure rather than a simple slog. In order to put up an effective fight against the ruling tyrant, you need to create a party of up to four heroes, from a roster of six, with each one containing their own styles and abilities, as well as various stats in their own passive traits. This is done after the game’s tutorial lesson, where you find yourself in the local city; it’s inhabitants offering a variety of locales and expertise needed to outfit your band of heroes.

Need a blacksmith to forge new apparel and weaponry? You’ll find one here. Want the services of an alchemist? You’ll find one just up the road. You’ll even find a gravedigger who can grant you the power of resurrection should you fall at the feet of a troublesome minion. This section of the game acts as a central hub to the other elements of adventuring and combat. Outfitting and equipping your heroes becomes an interesting premise as you purchase or develop increasingly more effective items for your heroes. There’s a brothel, merchants and inns; all of which have various beneficial qualities to fully prepare you for the depths of dungeoning that await.

Each of the campaign levels are presented in an isometric view, made up of a series of rooms that you can explore. From a handy map, you can keep track of what corridors or rooms you may have visited within the vast labyrinths of the castle. A lot of the fun comes from the exploration of these levels, collecting treasures and potions along the way that can upgrade your heroes and be used in the city within one of the many establishments. However, the dungeons are also inhabited by a variety of evil minions and boss-battles and this is where the turn-based element of this title come into play. 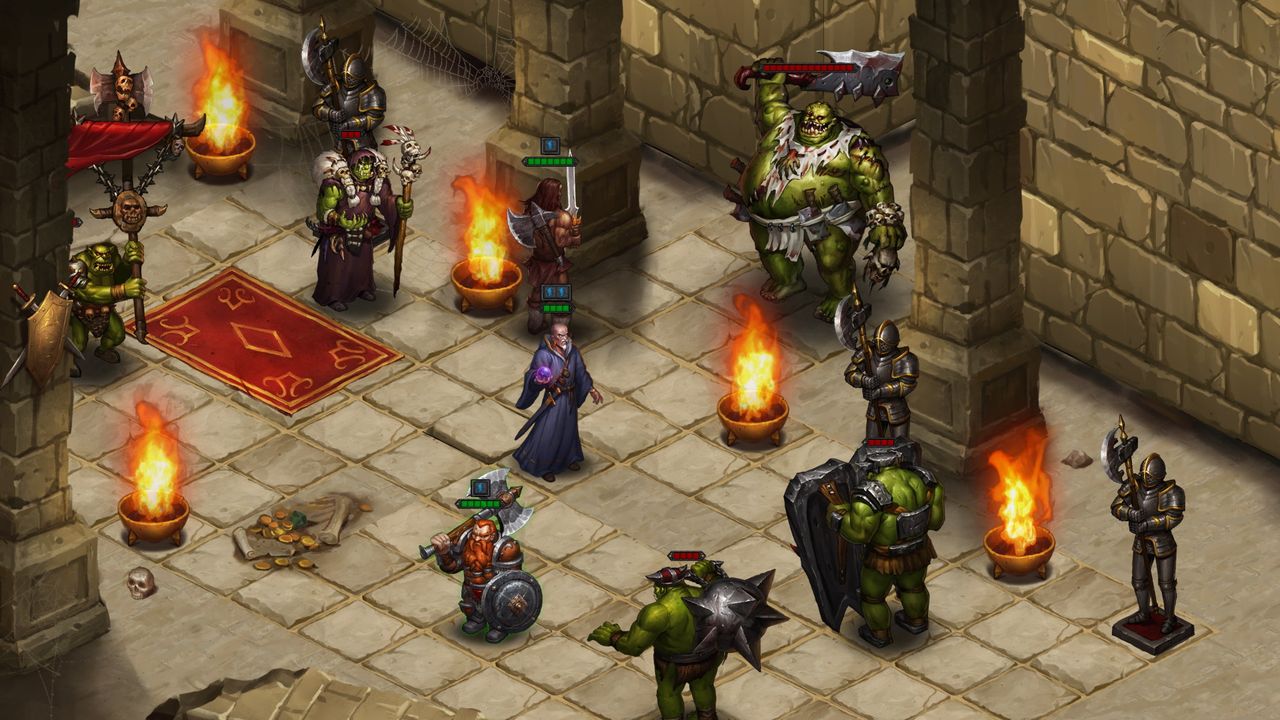 Again, there’s nothing particularly new or original in the elements of combat. However, what you do get is a finely balanced difficulty that never gets frustrating or overly challenging; instead promoting further the pure fun that can be had with this game. One thing that the game does well, is produce a large variety in what you may encounter or what you may need to do. For instance, some levels may force you to limit your party members, whilst others may house bosses that need to overcome in order to advance or others may contain objectives such as liberating the captive prisoners or collecting certain items. It all adds to produce a mechanic that stops things becoming boring or stale; something that is usually associated within the genre of this style of game.

Further elements also come into play, with characters skill trees and passive traits that determine courage, skill and sanity. These all play a role in the exploration of the dungeons, as they count towards a dice-roll mechanic that concludes how lucky you are in what treasures you may find or overcoming obstacles through dexterity and cunning. All of these elements combine to give a real-table-top adventuring feel to the game and one that keeps you playing through the game’s ten hour or so campaign. You can also play with up to three friends in a drop in/drop out local multiplayer element, but this doesn’t really add anything extra to the game, or take anything away but simply acts as a nice little distraction for when you have friends and family around.

Overall, Dark Quest 2 is a shining example of role-playing and turn-based strategy done right. Each of the elements that comprise the game, from outfitting your party in the city, upgrading characters and equipment, exploring the dungeons and fighting the minions has been perfectly implemented; with no particular element being particularly bad or difficult to maintain. Everything here simply plays in a sublime fashion that makes playing the game an enjoyable experience. Even the presentation values are nicely done, with eye-pleasing artworks and level designs; although the soundtrack does grate after a while but the sound effects do make up for this. In a way, it has a very old-school feel about it, but contains a level of modernity that makes it feel fresh; even though it may be riddled with clichés. In simple terms, this is a game that just oozes playability and fun, two of the old-fashioned ingredients that made gaming such fun  in its early days. Its simple, but nicely challenging, contains a nice balance and overall, is a game that is extremely playable.

Dark Quest 2 is a shining example of role-playing and turn-based strategy done right.