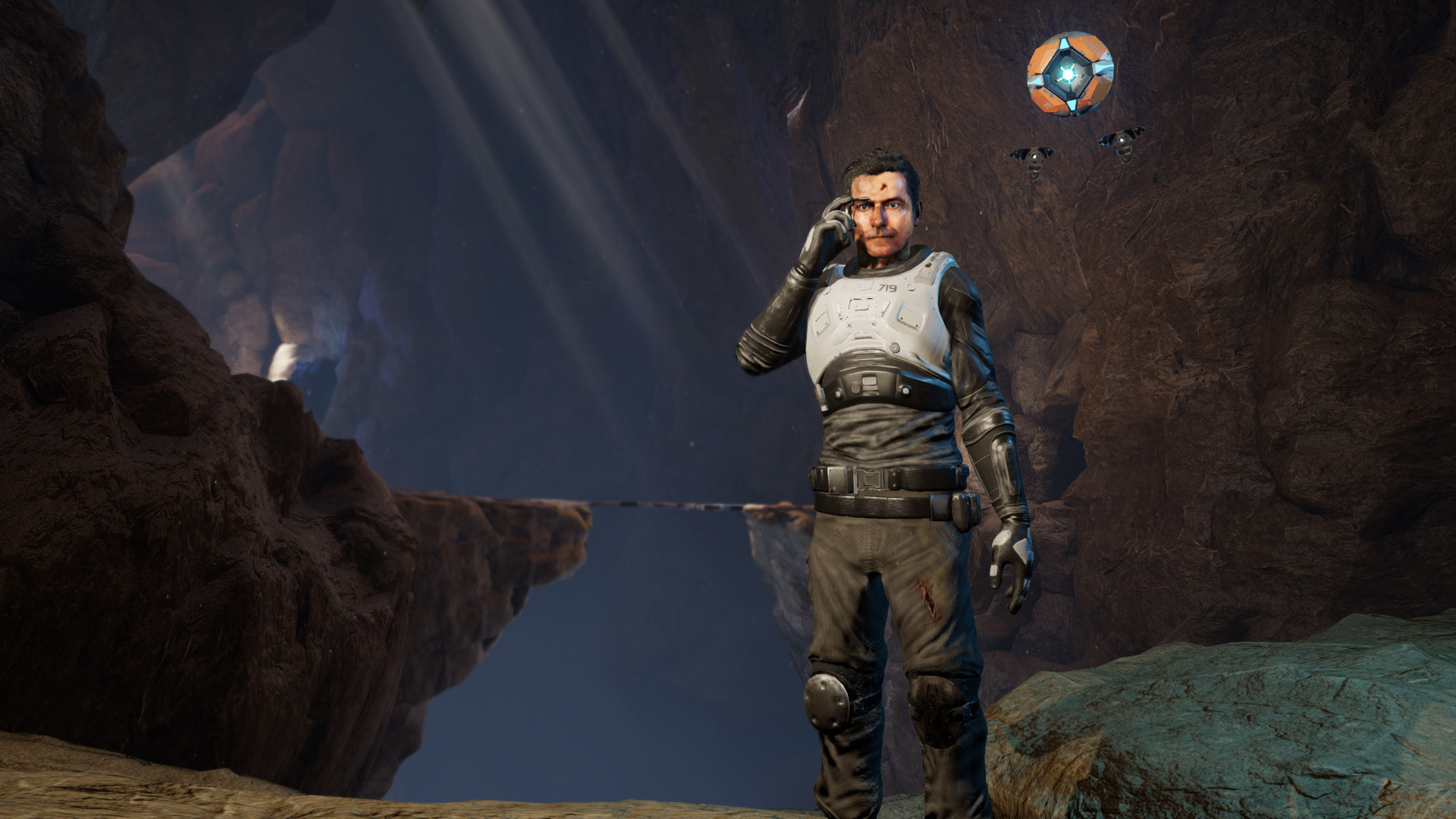 Welcome to Eden-Tomorrow. A game developed by Soul Pix for the PSVR, that hopes you will be able to find out what is going on after you have crashed landed. Eden-Tomorrow is a walking simulator that has light puzzle elements… and I mean light. I feel that even using the word puzzle is over stretching at times.

Let us dive into it then. As stated you for the most part of the game, are the standard nameless and voiceless protagonist (you will learn your name later). Along your journey you are accompanied by your lovely little drone friend Newton, who can be fun at times, you can also switch to him from time to time. However he can become annoying and almost patronising at times. Beat a simple puzzle and he says well done… well done on beating the same puzzle you have done a fair few times. Here lies one of the main issues for me, he puzzles consist of find some power core and blowing some stuff out the way, or maybe track down an item. It is something a child could do.. if VR was child friendly.

Some of the story is told in the usual way as well… Yep you guessed it, flashbacks. We get a couple of flashbacks to show us what previously happened, you know the usual stuff. At times I was more interested in learning what had happened, to get some idea what was going on, but then something happened, and I was back to no longer caring. You see another of the games issues is its pacing of the story. There are moments that can peak you interest, but within a couple of minutes you are back wandering around, looking for something, or just walking, and you lose all interest. It gets to the point that you no longer care. I felt bad that I no longer cared, because like I said there are a couple of times you become interested in the story, only to have it go back to just plodding along. It’s annoying when you can see some sort of promise in a game, but it does nothing to hold your interest.

The game has a couple of stealth elements, which for some of them didn’t really seem to make much difference if you was stealthy or not. There are also a couple of times where you have to balance along something to get to the other side, and well with no move controller support, you have to use you head to balance. I will talk more about the controllers later. 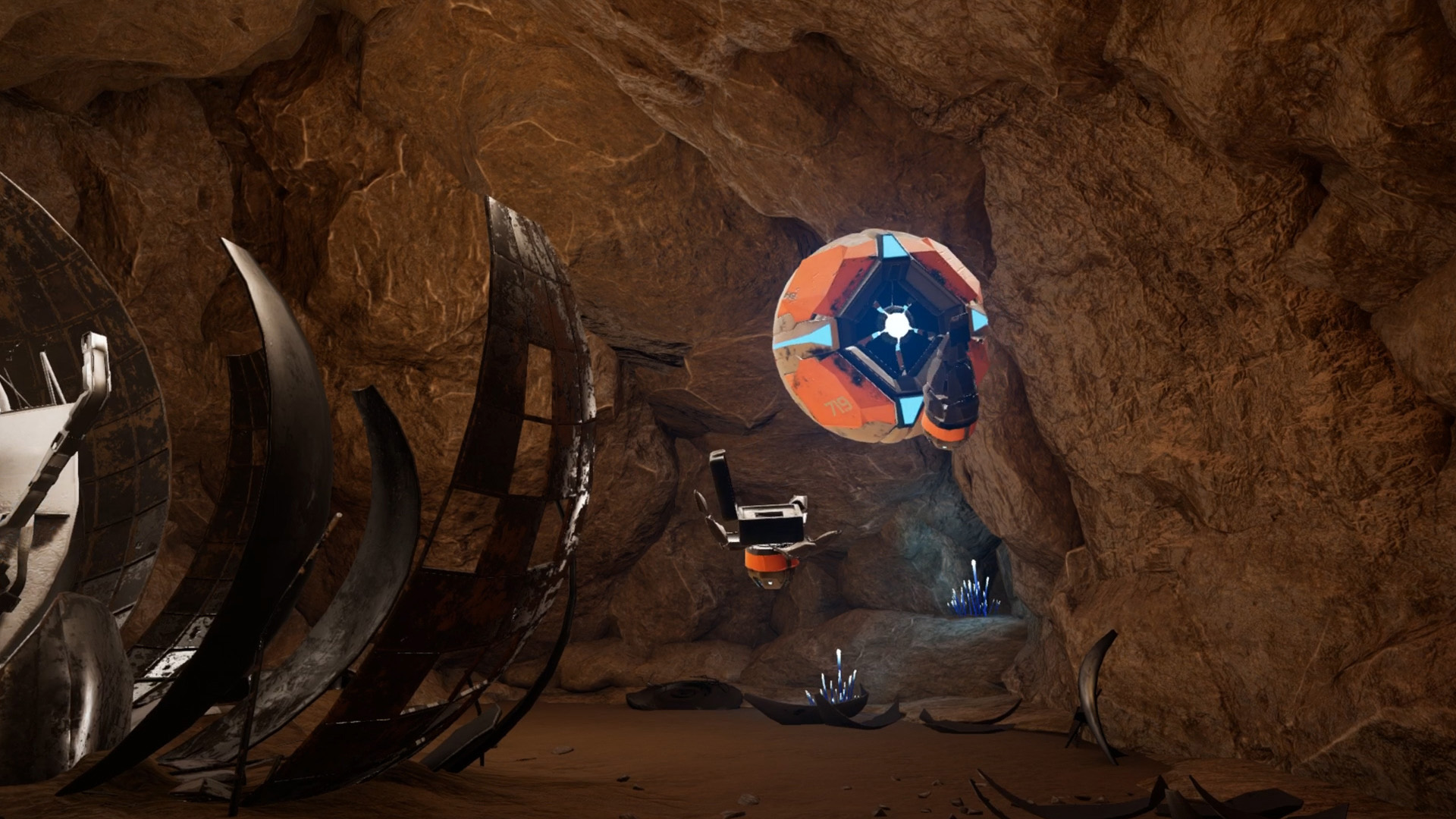 As you go along you will find audio logs to further your knowledge of what has happened on this world. This is a nice… well kind of, you see you can’t move the moment you play an audio log. Your just standing there unable to move, when all you want to do is carry on looking around. It could have been done so that it got quieter as you moved further away, or just let you listen as you looked around. That’s not all, there was times when I would sudden just stop because Newton wanted to say something. You couldn’t move, it broke the pacing of the game, and I just got fed up with it in the end. Here lies the problem, anytime you start to maybe feel a rhythm going, or start to get interested something happens to stop that momentum.

To be fair to Eden-Tomorrow it does at times have a nice little sound track to put you into the mood of what the developers want you to feel, whether it’s to feel panicked, or upset, or even relaxed and amazed at an area. The only issue is for the parts your wanted to feel panicked is that, well you learn there is no reason to really feel like that.

Visually there are moments that look nice, paintings on the wall, couple of nice set pieces with things floating in mid-air. However overall graphically it is not impressive, just average, standard, never really impressing. This in itself is rather disappointing for a VR experience, in a world that could have been made to look more stunning, and make me want to stop to take in the world. However I just found myself having a quick glance and then simply moving on. 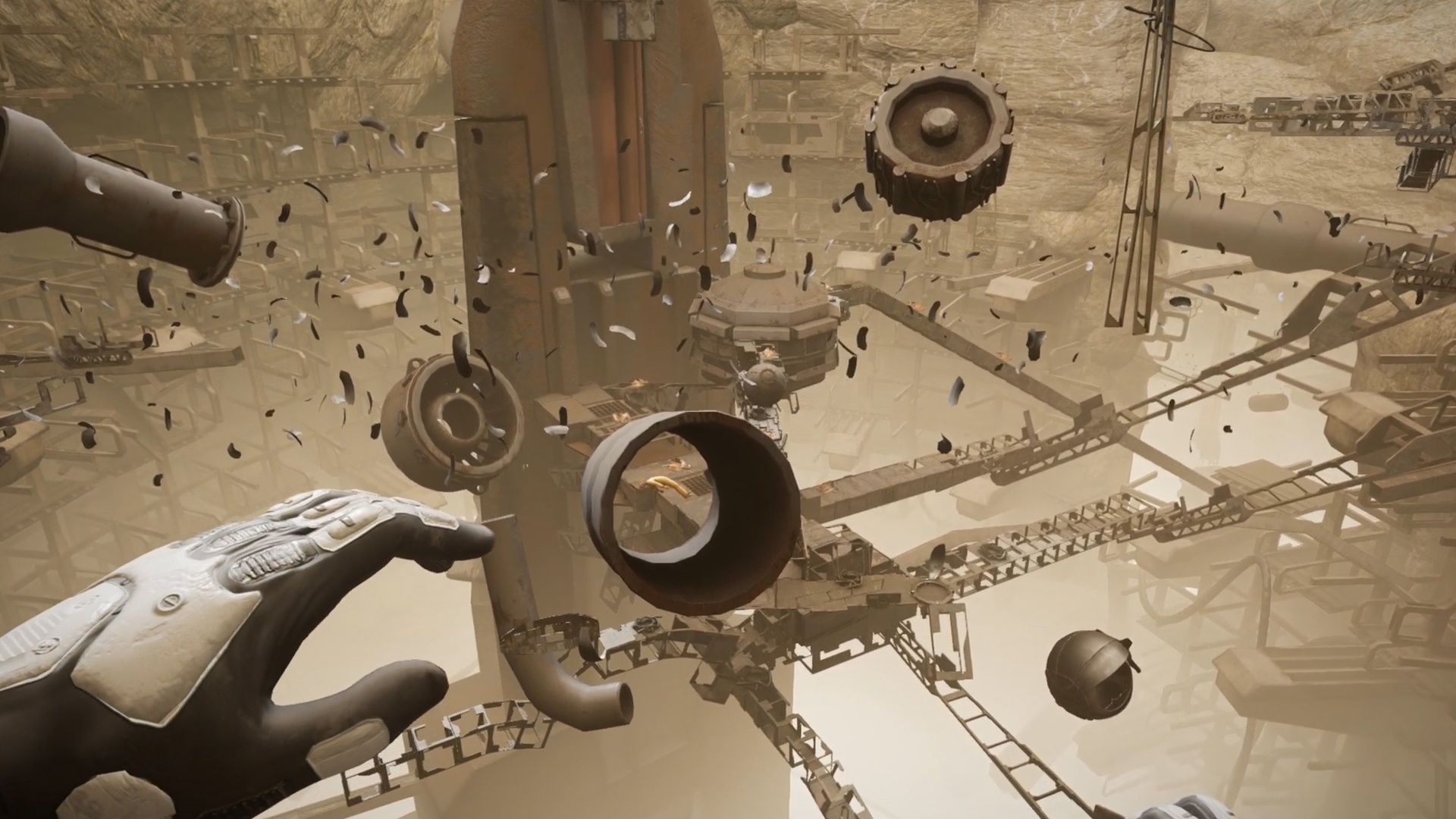 For the controls Eden-Tomorrow is played using your dualshock controller, with no support for the use of motion controls for some reason. This for me takes away part of then immersion of playing a game in VR. I want to be able to reach out to try and touch things within the game. Eden-Tomorrow has these moments, but sadly you can’t take advantage of them.

The options for movement are simple as well, not really giving much in the way make sure that players have the best experience possible. You can either select from freely looking around, or using the snap turn. You also have the option to use head tracking as well. Now one other thing that I hated about this game, and I feel move controllers would have made better was inputting numbers on pads. You see in order to type a number, you need to use your head to try and focus on the number you want then hit X on the controller to select. It can get annoying at times, trying to select a number and you just move your head a tiny bit, and a different number maybe selected. As stated earlier as well, balancing across a beam having to move your head side to side is annoying, move controllers would have made these sections better, stretching your arms out and trying to balance as you move along. It would have added to the immersion, this is why I don’t understand why you would not have them supported.

I found myself needing to take a break more than usual when on the VR when playing, and there was one or two moments that I had started to feel a tiny bit sick. This is the first time that I have experienced feeling sick on a VR.

Overall I found it hard to stay interested in Eden-Tomorrow. The puzzles were simple and become repetitive over time, doing pretty much the same thing over and over again. The game looked nice at times, and when I start I was looking forward to seeing what this game had to offer, but soon found myself just going through the motions of playing it simply to see the ending. It is hard to recommend this when there are other more interesting walking simulators games, such as What remains of Edith finch, or Everyone’s gone to the rapture to name a couple. I feel like had the game took out some of the boring puzzles they had in, and made it so the story flowed better, added support for the move controllers so you could feel more immersed, it would have been a slightly better game. I feel like they just wanted to make sure that the game lasted a set amount of time, rather than if it was well paced.