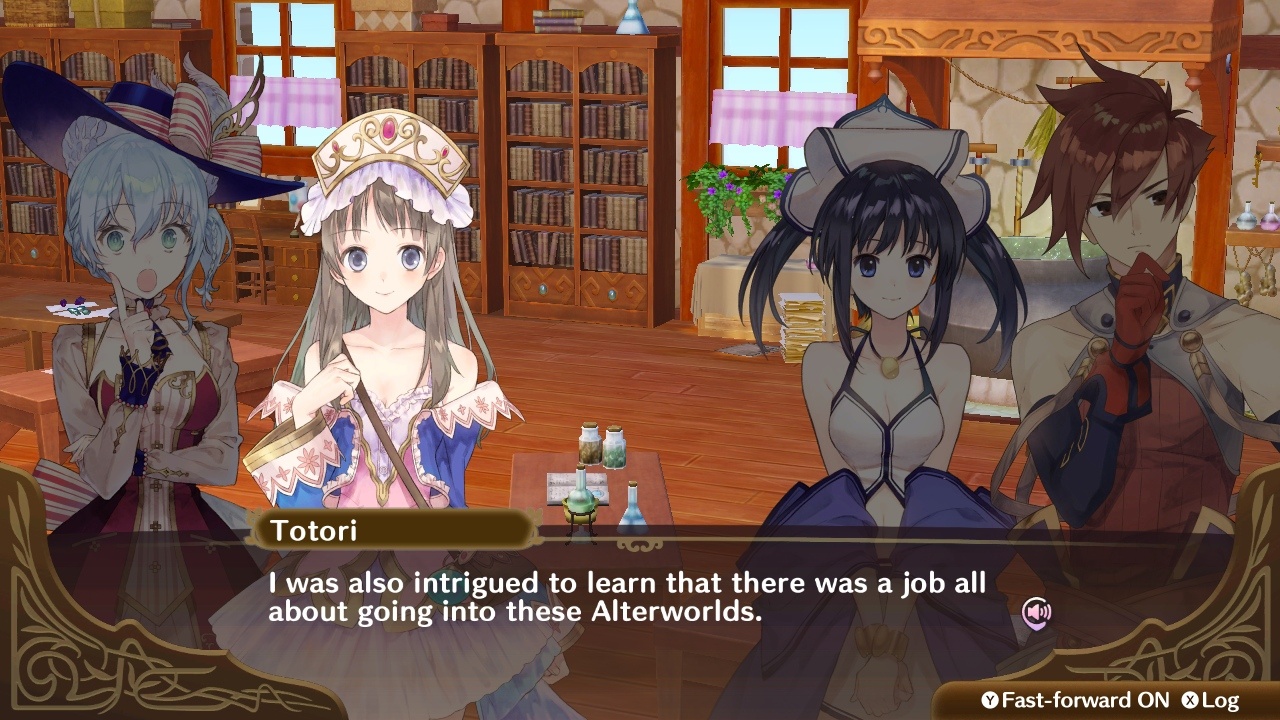 For the last few months, Koei Tecmo has done a great job of trying to bring the Nintendo Switch user base up to speed with their wonderful world of Ateliers. We’ve seen some pretty good ports of one of the best trilogies in the series, not to mention the latest Atelier game landing on the Switch last year, and players have gotten on board with the core concept and the universe at large. The idea of having time limits on when you accomplish RPG fears hasn’t been the easiest path, but cute characters, decent combat, interesting alchemical mechanics and fun stories overall have kept the games afloat and interesting. Now, just past the 20th anniversary of the series, the newest title sees a simultaneous release on all platforms, and the Nintendo group welcomes Nelke to the fold in Nelke & the Legendary Alchemists: Ateliers of the New World.

From the very beginning, there is a different feel and approach to the game. Nelke Von Lestamm is not an alchemist herself, but, rather, an educated and energetic aristocrat who attempted (and failed) to be educated in the transmutation arts. Nelke instead decides to focus her energies and expertises on helping a small village flourish, the hamlet of Vestabalt. However, Nelke –  accompanied by her eternally faithful maid, Misty – is not ignorant to the powers of the ateliers, and keeps an ear to the ground for rumblings. She learns of the Sage Relics, power artifacts that could assist alchemists in achieving spells and combinations beyond their wildest dreams. Determined to help both Vestabalt and the alchemists who come into her town, Nelke learns to balance the responsibilities of being a town designer, an explorer, an adventurer, and a proper damn heroine. Also, she learns how to move in that outfit without having a total malfunction, because it’s very cute, but also seconds away from exposure.

It’s sort of weird having an Atelier game not focus directly on an alchemist as the heroine, but Nelke makes it work in her own way through personality and interpretation. In terms of character development and interaction, Nelke and the Legendary Alchemists is easily the most charming of the titles I’ve played so far on the Switch. Nelke manages to be bright and optimistic without having edges of foolishness or ignorance, which hasn’t been the case with a lot of our previous leaders. Misty is a great counterweight, having a lot of devotion and love for Nelke but still being grounded and knowledgeable about the world around her. Once we introduce the first alchemist, Marie, her braggadocio attitude and fearless attempts seem almost counterintuitive to the world that Nelke is shaping. Yet, in spite of this, she still manages to fit in well because Nelke is a damn saint and has the greatest temperament out of any character I’ve seen in recent memory. If the game were purely a visual novel from her point of view, I think I would play it front to back at least once a year. 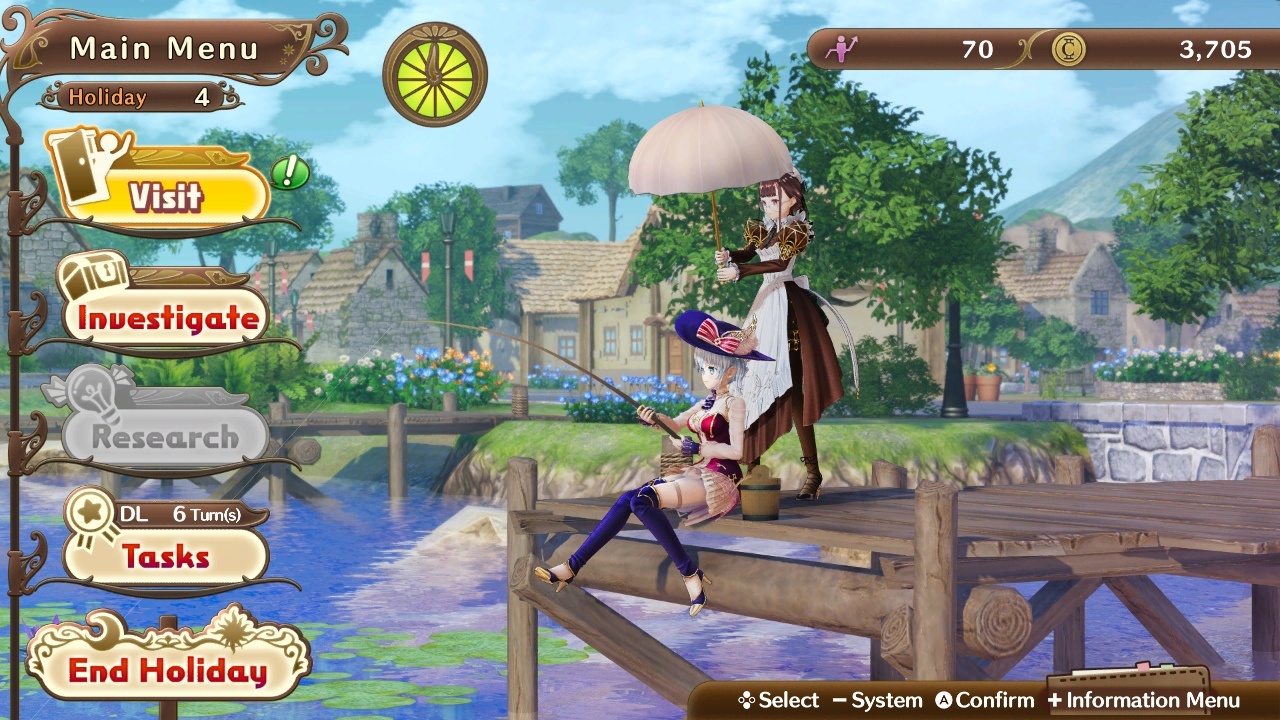 If Marie seems familiar, it’s because she’s none other than Marlone, acclaimed crossover queen from the Atelier series, and she is far from the only recurring character to show up. Essentially, if you’ve played an Atelier game before, you’re in to recognize a familiar face or three throughout the game, and, if you’re a completionist, the game has somewhere in the realm of 20+ callbacks to the rest of the series. All three Ateliers from the Arland series come in, as well as the twins Lydie and Suelle from the other title that the Switch has seen. That might be one of the reasons that Nelke is so damn agreeable and easy to appreciate as a protagonist: she has this massive rogue’s gallery of famous and infamous alchemists to contend with as well as everything else she’s got going on in her life. The game, ultimately, feels like it stands alone well as a title unto itself, but it’s like playing Smash Brothers: you can still have fun just with the huge cast, but knowing where they came from and how crazy it is that they’re all together makes the experience even better. Thankfully, due to the element of the Sage Relics and Nelke’s own familial connection, it never feels like the characters just come out of nowhere: their appearances are totally justified and organic.

As for the main gameplay…this is where things get a bit sticky. We’re back to having time limits to accomplish goals, which is to be expected, but there’s this additional element added to the core gameplay, and it’s probably the most important aspect for Nelke. Since you’re not primarily an alchemist, your biggest duty is to oversee the growth and management of the town, which is, straight up, not what my main forte is. The game does a wonderful job of giving you a hand holding introduction to things and showing you what needs to be done: buildings and establishments get laid down, certain businesses get refreshed and improved, shops and merchants decide what to sell and you even decide who’ll run these businesses. Everything takes time, and you need to figure out the right rate to rhythmically place and create the importance of work for everyone. Getting off cadence will throw you way off schedule, and, unlike the other Atelier games, you might have to redo a LOT of work in order to make up for missing a deadline. Think SimCity, but with higher stakes, smaller areas, and no chance to just summon a natural disaster if you’re sick of it all. 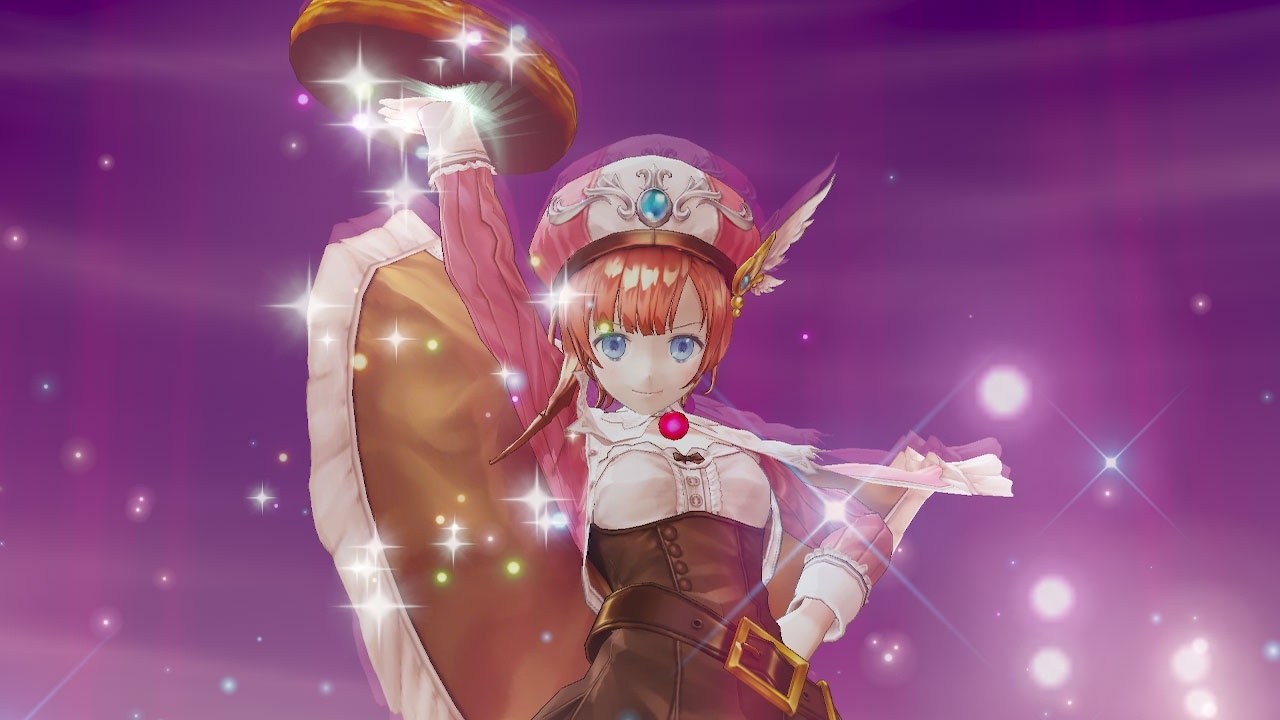 Thankfully, that isn’t EVERYTHING that you do in the game. Nelke gives herself holidays from her village directing duties quite frequently, and that’s where the classic gameplay crops up. You get more of a chance to go exploring, finding materials and treasure, fighting enemies and working with various townsfolk and legendary characters to really ferret out all those Sage Relics. But even the exploration aspect feels more streamlined and direct than previous games. Instead of being able to wander around the open area and find stuff in due time, it’s more like you walk in a straight line, under automatic conditions, making small talk until you either discover random elements, bad guys to fight, or dramatic plot points. It’s something that keeps the game from achieving a real RPG feel like the Arland series and makes it more of a visual novel with extra steps. It’s interesting, and it’s engaging, but, again, the power and pizzaz of Nelke and company is what keeps the game from totally becoming unplayable.

In the media department, I’m torn about how Nelke and the Legendary Alchemists presents. Don’t get me wrong: the audio is bang up and the voice acting cast is absolutely solid. I adored hearing every word spoken by the seiyu and can tell there was a lot of consideration put into delegating the personas, as well as getting back as many of the matching actresses for the Ateliers themselves. The music is whimsical and appropriate, though I’m missing some of the driving, dramatic opening music that we have in the Arland titles. The graphics are where I’m somewhere in the middle. On the one hand, the softer edges and brighter colors make the game run better than the PS3 ports did, and the characters themselves have a great element about them, making them visually popping and appealing. However, in the same swing, you feel like the town itself is a very cartoonish, almost dull village, more in line with a sort of farming game instead of the powerful and empowering Atelier games. The whole thing comes to rest as a solid B. It’s good, it’s certainly not terrible, but it’s not reaching beyond where it could and should be

The end result of Nelke and the Legendary Alchemists is a matter that was already covered back in the middle of this review. While the gameplay elements are good, yet repetitive, and the story is engaging if mildly predictable, it’s an absolute oddball title to start with for the Atelier universe. While diving into the other games will reward returning players with winks and nods, this one is deeply entrenched in the universe’s lore, and could easily fall flat or be a tad dull if you aren’t familiar with what’s happening and at stake in the background. If you’ve literally played a single one of the other titles that KT and Gust have published, then by all means, come on in, see what’s different, and enjoy some clever placement and pacing of a Greatest Hits album. Otherwise, take a moment, go borrow Meruru from a friend, and come back once you’re up to speed.

Nelke & the Legendary Alchemists: Ateliers of the New World Review

This return to the land of Ateliers should be a pleasure for veterans, but could be confusing and bland for first time players.