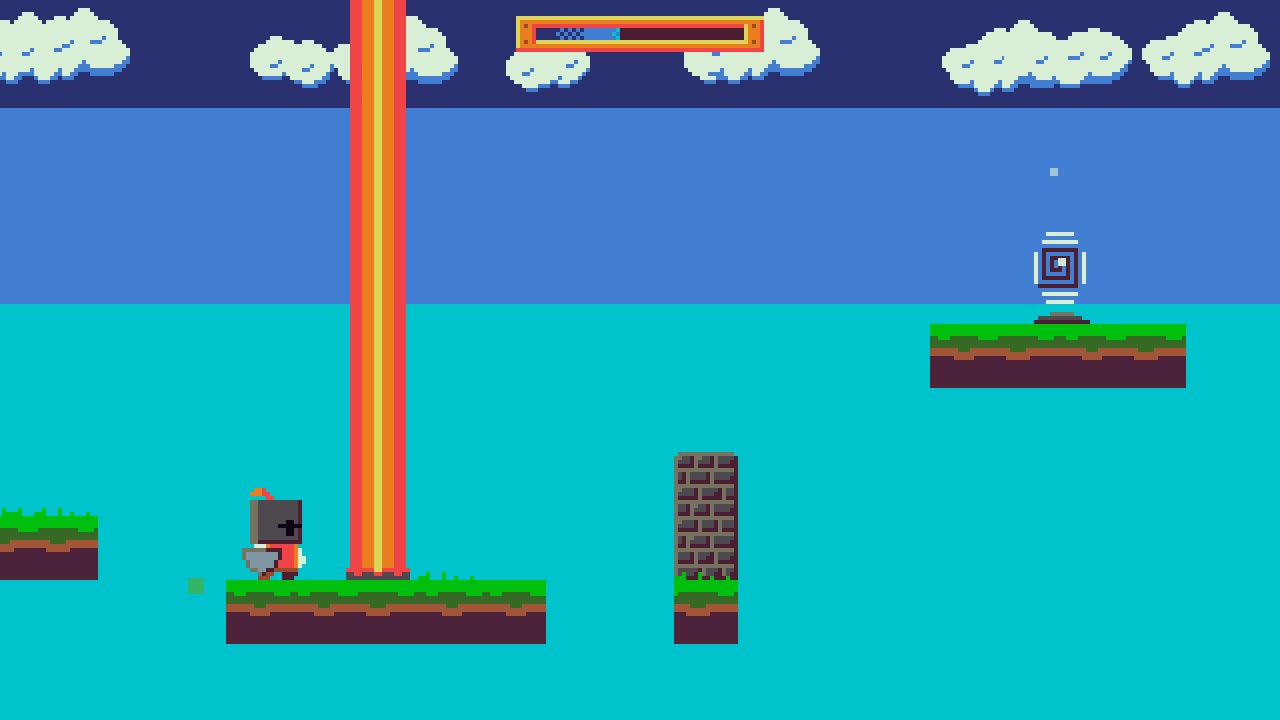 We all know what happens when Ratalaika Games releases a new game, we check the trophy list to see whether it’s another fairly easy game to platinum. This time round it’s Peasant Knight which makes its debut on the PS4. In a novelty take on retro platforming, you as the Peasant Knight have to collect a bounty the King has placed on an evil wizard. Beyond that basic story there isn’t much else plot wise in Peasant Knight.

Firstly, you expect a Knight to possess an array of weaponry to help them on their way to success, this is not the case in Peasant Knight. You have unfortunately dropped your sword and it seems your armor is made out of paper, because it offers no defence to oncoming foes. However, that doesn’t really matter because you won’t be required to do any fighting in Peasant Knight. Your character has the ability to continually move, so when a level starts off they go unless you do something. You can stop them moving, but they only go in one direction which you haven’t control over, you can jump which is obviously essential in a platform title and that’s all you can do. The premise is that using the ability to stop and jump you make your way from one end of the level to the portal at the other end. 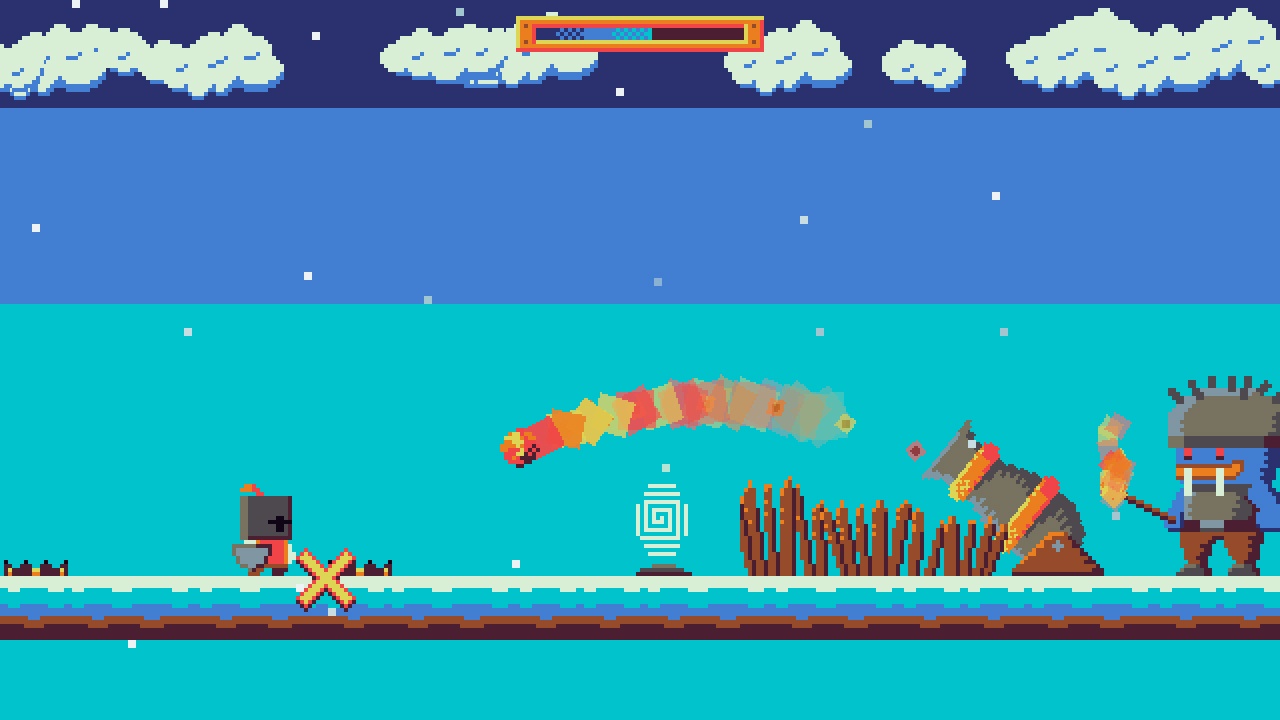 There are 80 levels to play with, but they are all very short, when I say short I mean extremely short which is the gimmick in Peasant Knight. As your character moves very quickly you need to navigate traps and enemies utilising the simple mechanics. Due to the limited time limits set on each stage you need to reach the portal as quickly as you can, which is where the difficulty comes in. There are objects you can bounce off to take you to higher platforms, whilst you can also change direction by bouncing off certain walls. Luckily, if you die the level restarts straight away and you get to retry beating the level. There are some boss levels which add a little variety, such as an early boss has you reaching a portal that puts you back where you started so you can jump into the actual portal required to complete the game.

Peasant Knight gets increasingly harder as you progress through, not because the length of a level gets any longer but usually because of the amount of interactions you will need to input. You will die a lot, because Peasant Knight restarts a level quickly you’ll find yourself dying whilst you’ve still got your head in your hands from the previous death. 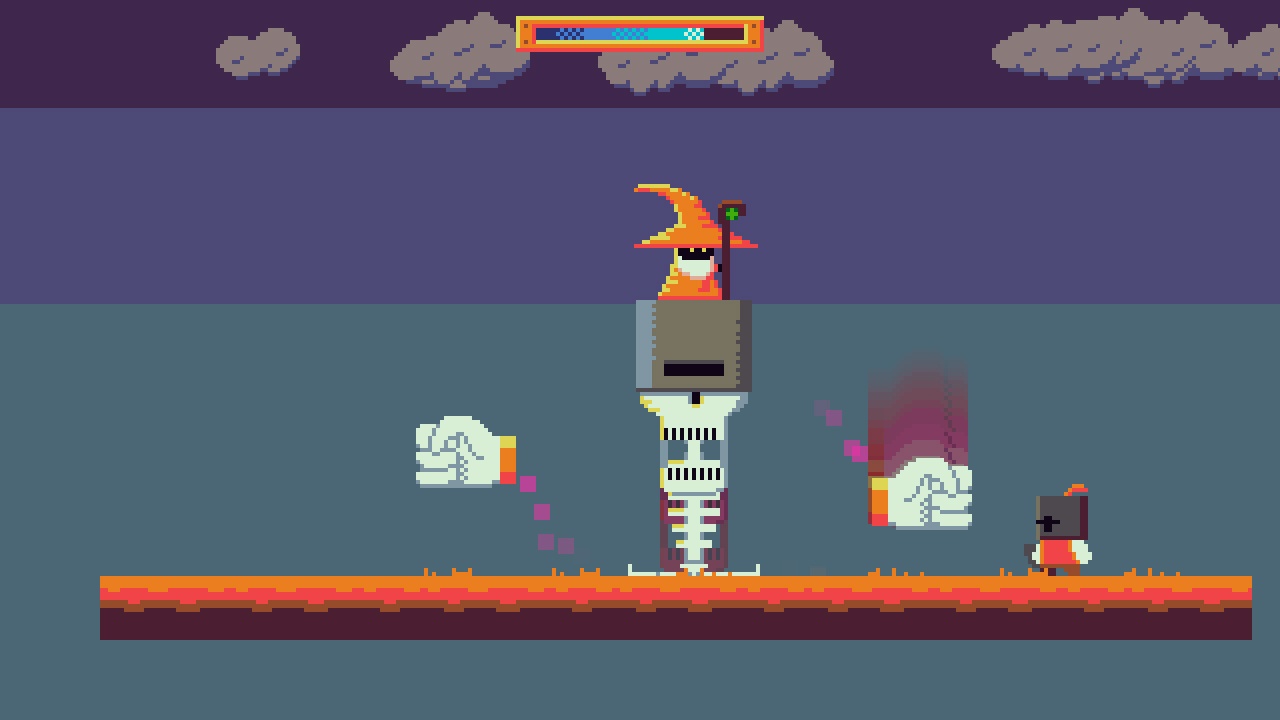 Peasant Knight is very much a retro looking platform title. This wouldn’t look out-of-place in the eighties. There is a little bit of charm as you watch your character traverse the level and get close to the end, only to run out of time and get electrocuted. Even with 80 levels on offer, Peasant Knight can be completed within a couple of hours. There are no scoreboards so once you complete a level, there’s no real reason for you to go back. There is a multiplayer option, so you can take on a friend, which adds a little longevity but in general Peasant Knight once played won’t have you coming for more.

Peasant Knight is a mildly challenging and addictive game. It’s reasonably fun to play for a couple of hours but it’s not a title that will leave much of an impression. Finally, Platinum trophy wise, Peasant Knight is very easy to get the platinum trophy, you don’t even need to finish the game to acquire it. If you like short games to play between the most time-consuming games in your collection then Peasant Knight may be worth an hour or two of your time.

There’s a bounty to be collected and it’s time to collect it in Peasant Knight!