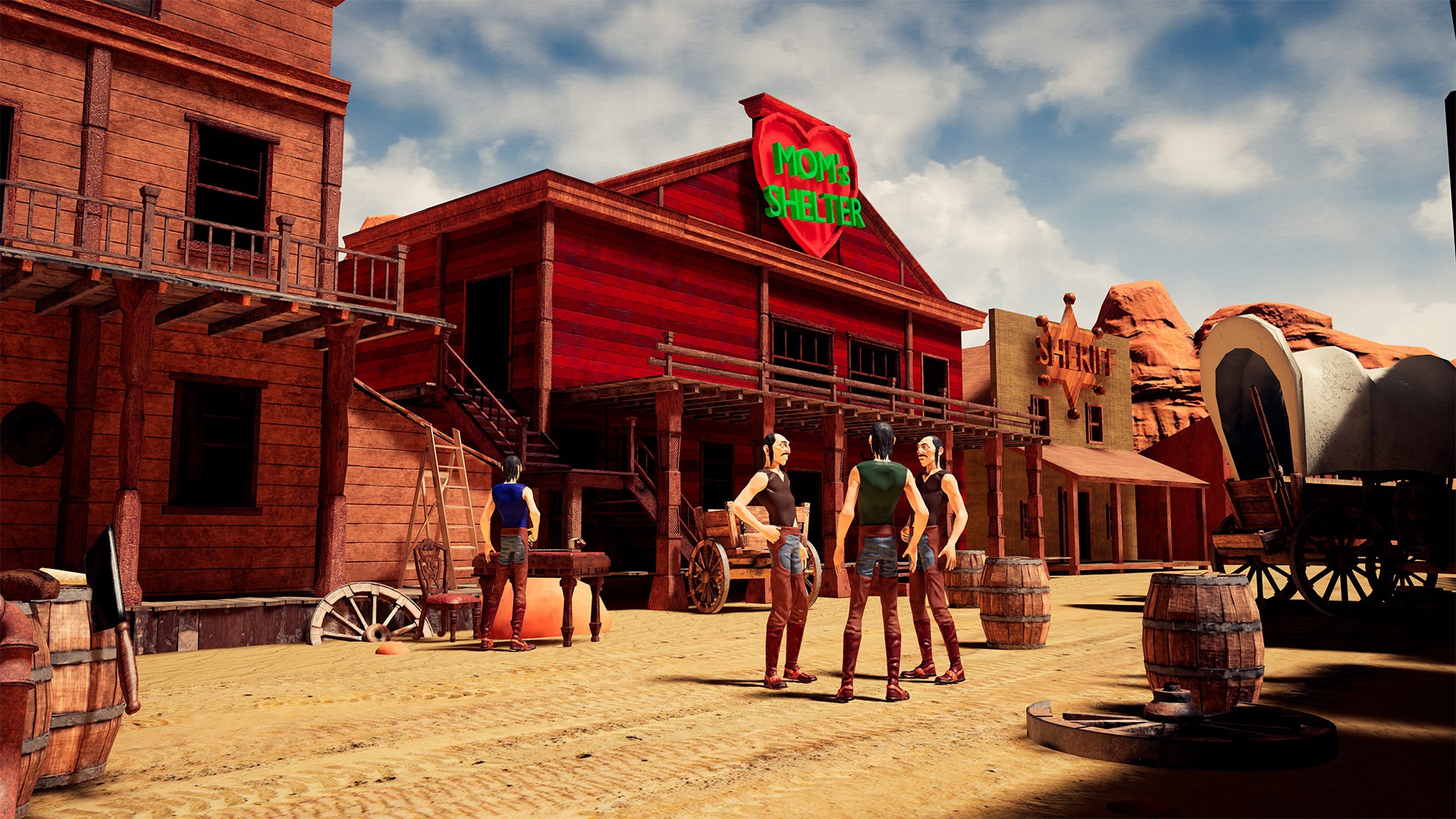 Wave-based shooters have become one of the most popular genres on the PSVR.  The reason for this is simple; the genre lends itself well to the technology. You get to use both hands independently, there is very little full 360 rotation required (cutting down the ever-present fear of motion sickness) and the genre is a pick up and play treat. With these thoughts in mind, it’s no wonder then that there are more wave-based shooters available for the PSVR than any other genre. So, you might ask, how can a new kid on the block stand out from the crowd in what is clearly an overcrowded market? The answer presents itself in the Wild West extravaganza Guns ’n’ Stories: Bulletproof VR. Before we dive into this review it’s worth pointing out that this is a PSVR game. So you’re going to need a headset and also two motion controllers. The PS4 controller will not work on this game. 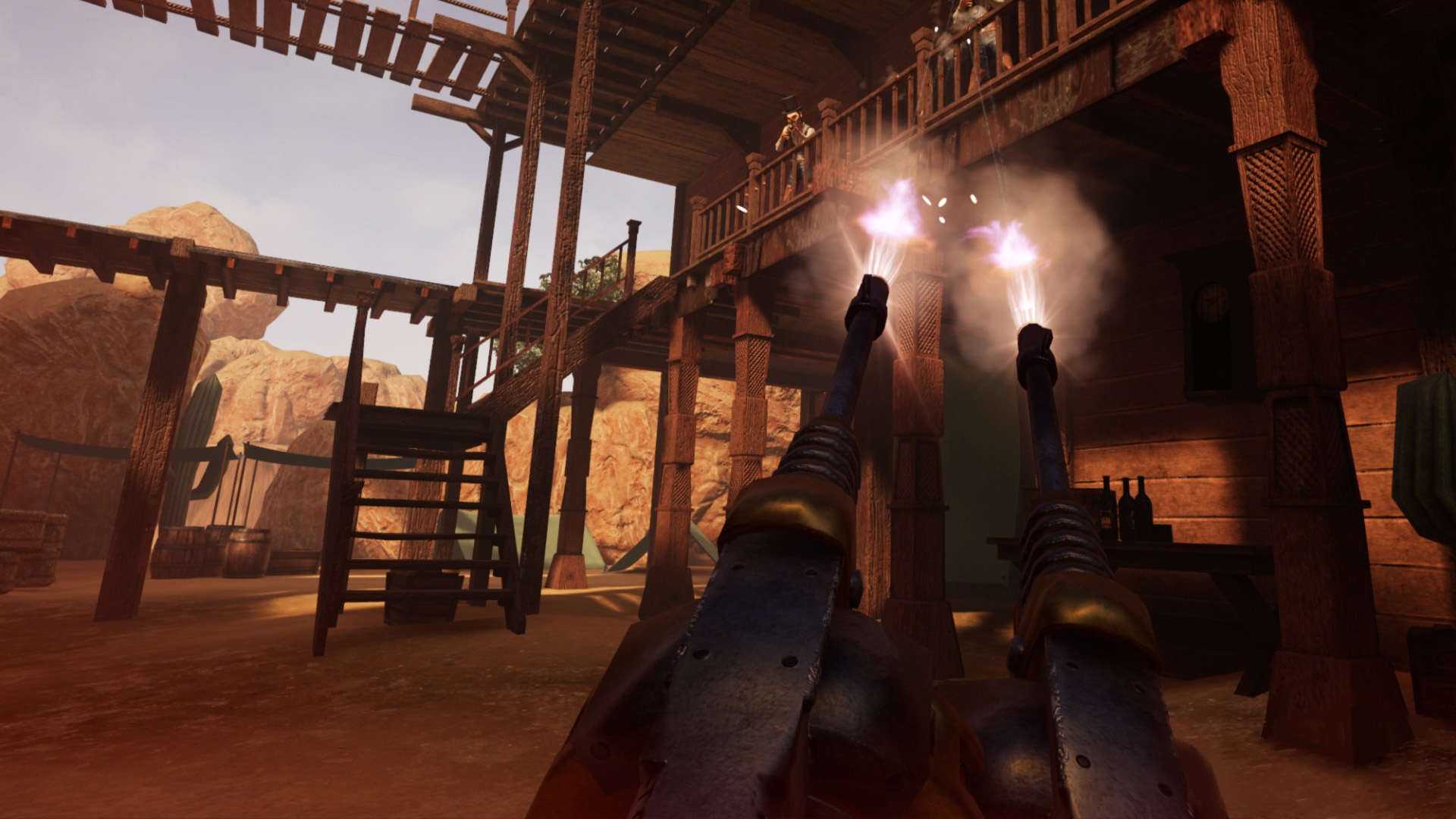 The game comprises of three chapters, each with three levels and a super tough boss to take out at the end of each level. There’s a wide assortment of weapons on offer ranging from your standard pistols to a TNT cross-bow and even a Tesla-style electric gun. Most of the weapons are held in each hand while some of them require you to hold the gun/motion controller in one hand while aiming with the other. We found these to be a little tricky and, like most of you, instinctively preferred the guns you can hold in each hand while spraying the town with bullets Matrix-style. Mirowin really want you to suspend your disbelief here by requiring virtually no re-loading and also giving you the ability to swat bullets out of the air with your gun. Something even Neo might have applauded.

Another nice touch we appreciated was the fact that your weapons of choice changed according to the old man’s recollections. Sometimes his grandson chips in with a reality check that alters the game in a subtle way. A case in point, the old-timer is bragging about how he sprayed wave after wave of bad guys with lead until the kid points out that revolvers can’t do that in ‘real’ life. So, the story shifts and you suddenly find yourself armed with a sub machine gun. Brilliant. As we said earlier, the witty dialogue in Guns ’n’ Stories: Bulletproof VR really helps the game shine. Some of the one liners are actually quite funny while others are cringe worthy but in the best way. Either way,  mowing down wave after wave of goons has never been so much fun. With the great writing, the games voice acting is both polished and believable. Both work together to create the feeling that you’re actually in the Wild West listening to an old coot retelling his life story the way he’d like to remember it. 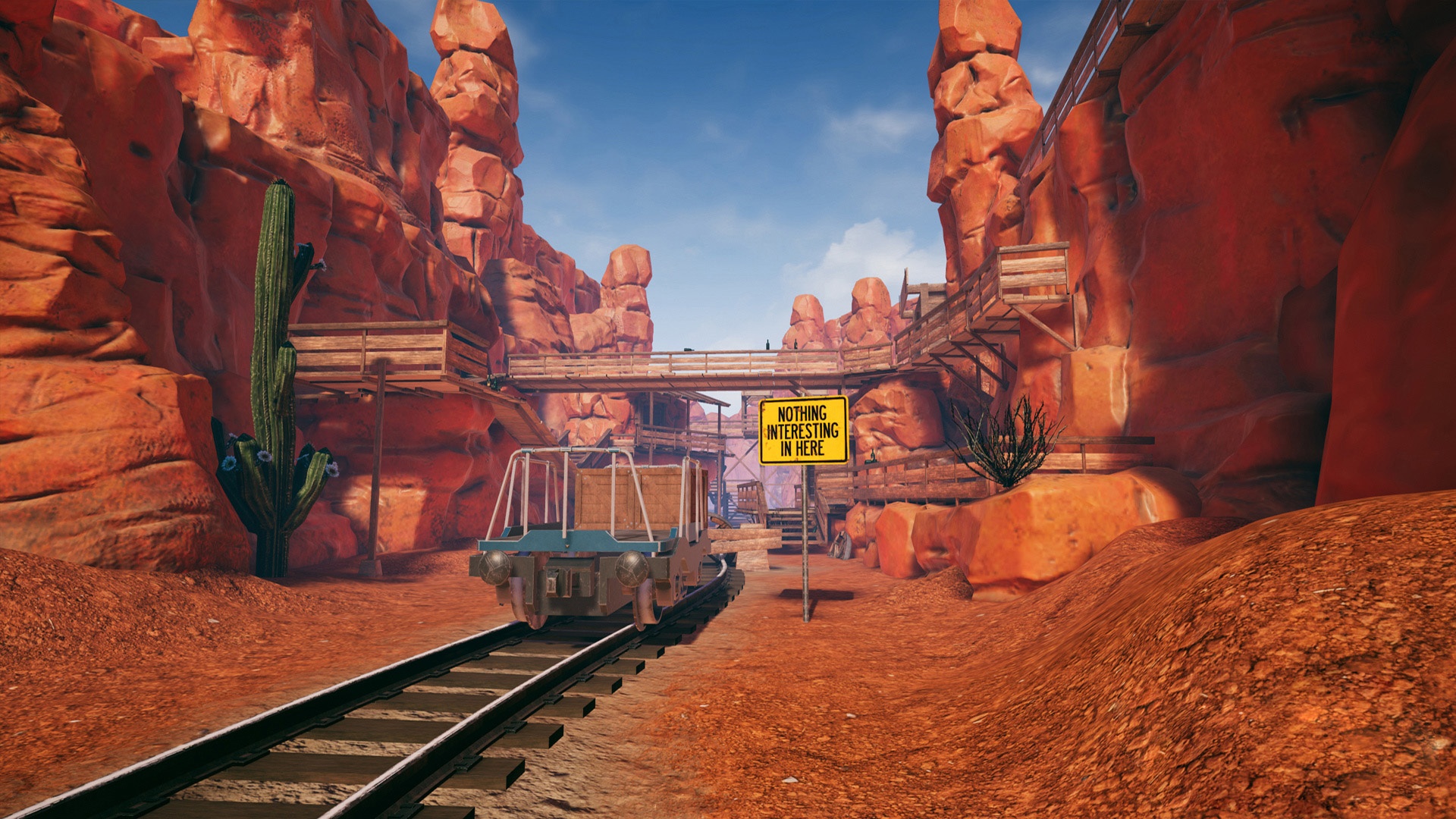 Graphically Guns ’n’ Stories: Bulletproof VR looks great on the PS4. The character modelling and animation works brilliantly and the rag doll physics is a joy to behold when you’re giving everything around you a dose of lead poisoning. The number of locations is limited – we counted nine in total – but you often get to revisit a location from a new angle, which gives it a fresh perspective.

The sound effects complement the action superbly and the musical score really sounds like something out of a Serio Leone  spaghetti western.  All in all, you’ll take some three to four hours to complete the three chapters and probably another couple of hours for the bonuses levels. A great bargain for the games asking price. The only minor gripe we had with Guns ’n’ Stories: Bulletproof VR was a complaint that can be levelled at most wave-based shooters.  The action can get a tad repetitive very quickly and the longer levels are physically demanding on the arms. After you’ve been holding your arms out and shooting for a good twenty minutes, you welcome the level end cut scenes with a sigh of relief. It’s to their complement that Mirowin have gone some way to tackling the genres repetitive nature by offering us humorous stories that pave the way for what is a fun rooting tooting shooter. Oh, and as for the title,  ‘Guns ’n’ Stories.’  It’s a play of words on Gun ‘n’ Roses.  But you got that joke, right?