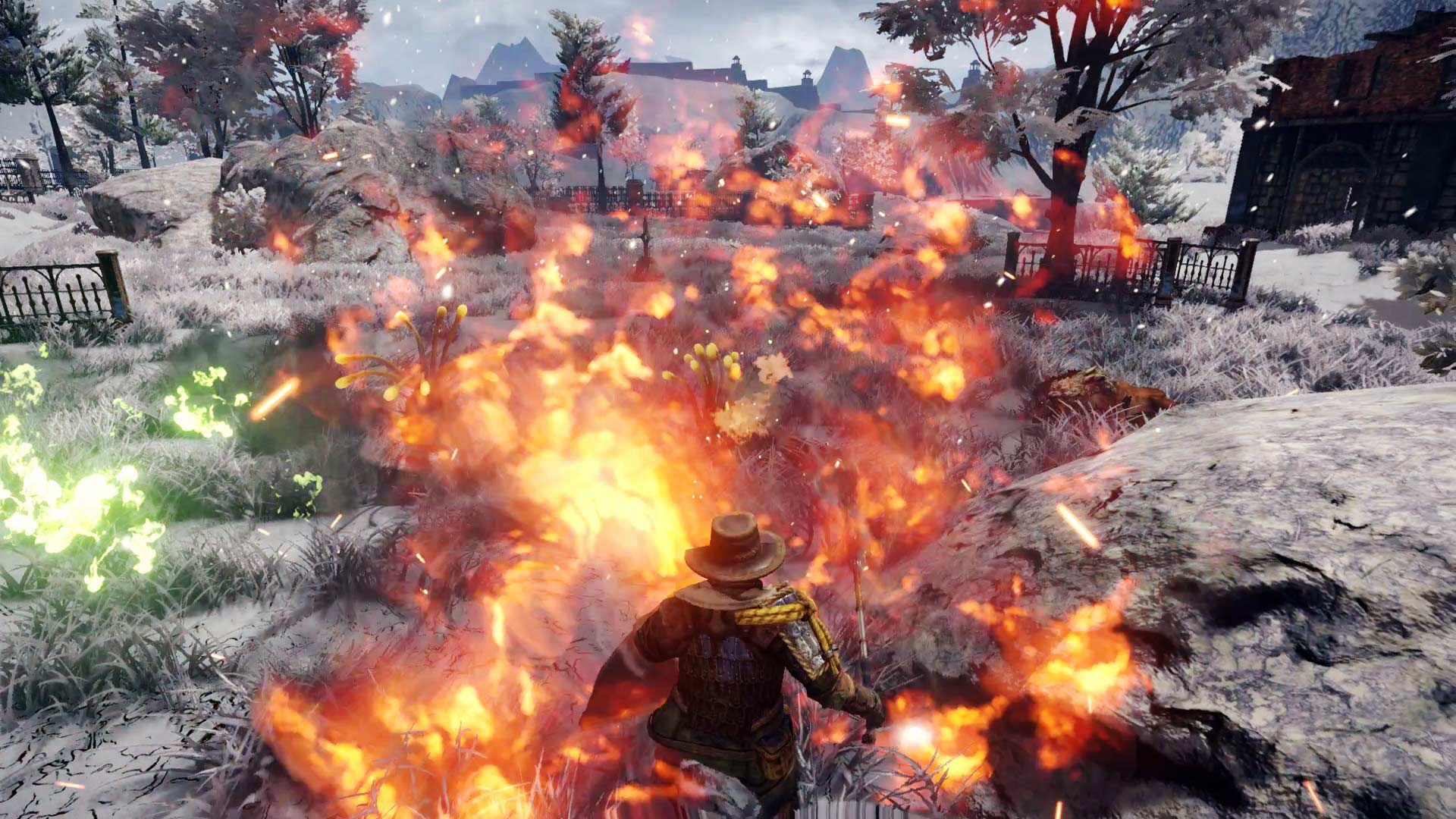 Aurai might be a fantasy realm, but I can assure you, there is nothing fantastical about the decidedly run-of-the-mill protagonist in Outward, Nine Dots Studio’s incredibly grounded adventure game. You’re no hero here, you’re no Knight or wizard, you’re just some guy trying to survive in Aurai’s unforgiving world as you attempt to stave off hunger, thirst and the common cold as you explore the game’s vast open world.

Starting, rather fittingly, after you have returned from a journey to repay the debts that you owe (a journey that ultimately ended in failure), Outward essentially gives you the freedom to choose the path you wish to take with the core narrative linked to the four factions that you are able to affiliate yourself with. Each has its own narrative and vast selection of missions, but all are at the whim of the freedom that the game ultimately offers you.

You can basically do whatever you want straight from the off, but be warned; while you can go wherever you want, it won’t necessarily mean that you ‘can’ go there….if you catch my drift. Sure, you can head off in any direction you see fit, but if you don’t have the provisions, weapons or necessary means to survive the basic elements, you’ll likely find yourself dead or, as per the games’ dynamic scenarios, could just as easily find yourself forced to work for bandits…having had all of your gear stolen away of course. 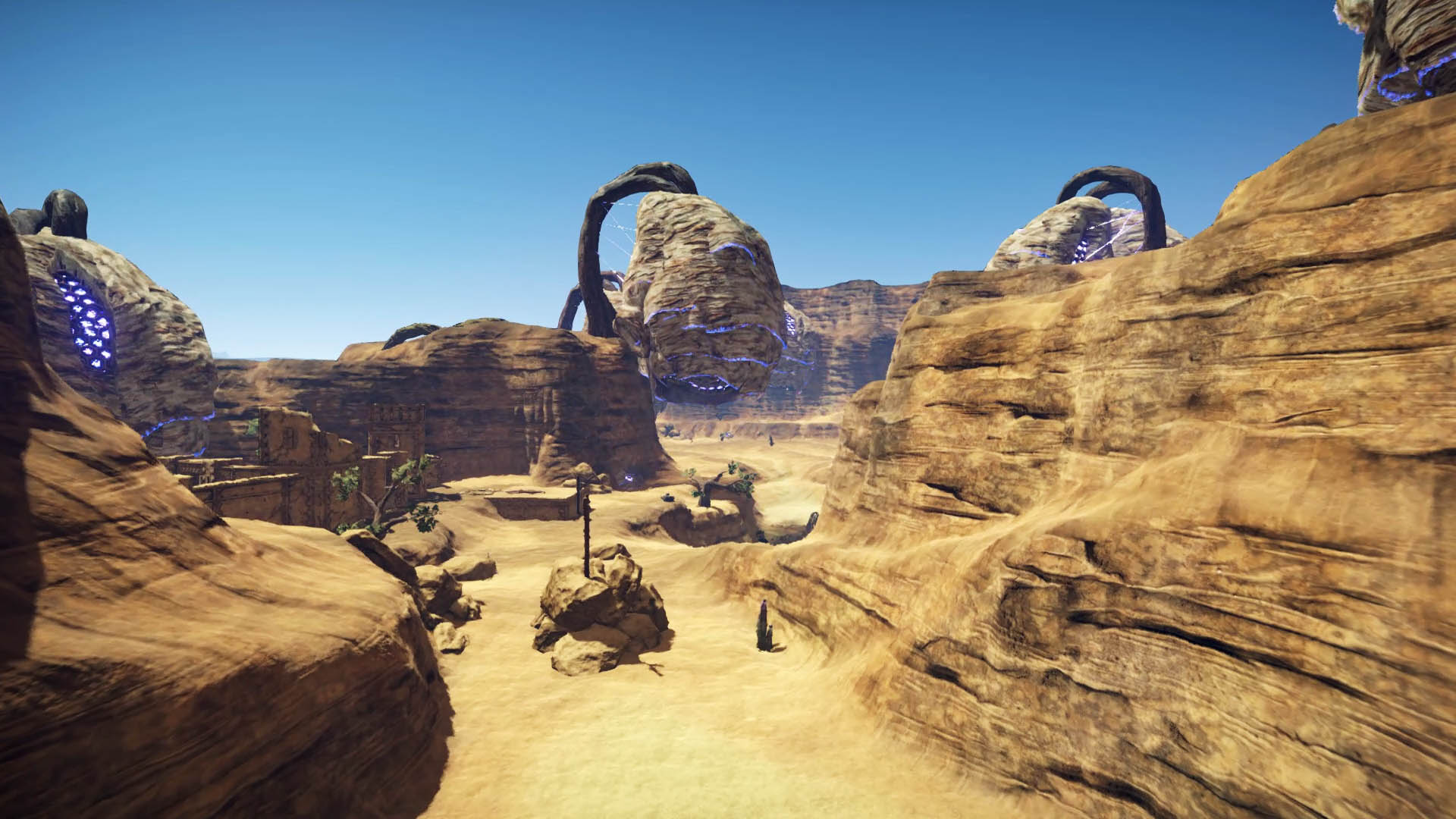 Outward really does throw you in at the deep end. It’s more of a survival game with an elaborate narrative than it is a traditional adventure game, but if you’re willing to do the work, adventure certainly awaits amidst Aurai’s vast landscape. The problem is, while that landscape is indeed vast and the challenges and story arcs plentiful, you’ll need to be willing to overlook the games’ myriad of rough edges to truly enjoy the surprisingly nuanced game underneath.

At its core, Outward really is a fantastically addictive hybrid, one that proves relentlessly compelling and uniquely challenging. Sadly, it’s also a bit of a mess. Beyond the bugs and technical hiccups that are apparent throughout, the game itself, well, it’s pretty damn ugly. Yes, the freedom that the game offers is admirable and the scale certainly impressive, but make no mistake, it’s an absolute dog to look at. Everything is flat too. Yes, the bold colour palette does help to distinguish one area from another, but in terms of your actual surroundings, much of the game feels decidedly similar….oh, and did I mention how ugly it all is.

I mean, Outward obviously has a comparatively limited budget, and if you’re willing to forgive its rough edges, there is plenty to like here, but limited budget or not, the fact of the matter is, many of us have become accustomed to rich, beautifully crafted open worlds, and to suddenly find yourself in Outward’s relatively low-tech alternative can prove an initially jarring experience.

Saying that, it’s to the games’ credit that, despite its rough edges and array of minor but noticeable glitches, Outward remains an infinitely playable and, if truly embraced, utterly compelling experience. Yes, you will need to overlook its shortcomings, but if you are willing to do so, a unique gaming experience awaits. By combining traditional adventure mechanics and narrative options with a brutal survivalist approach, Outward manages to deliver a gaming experience quite unlike anything else out there. 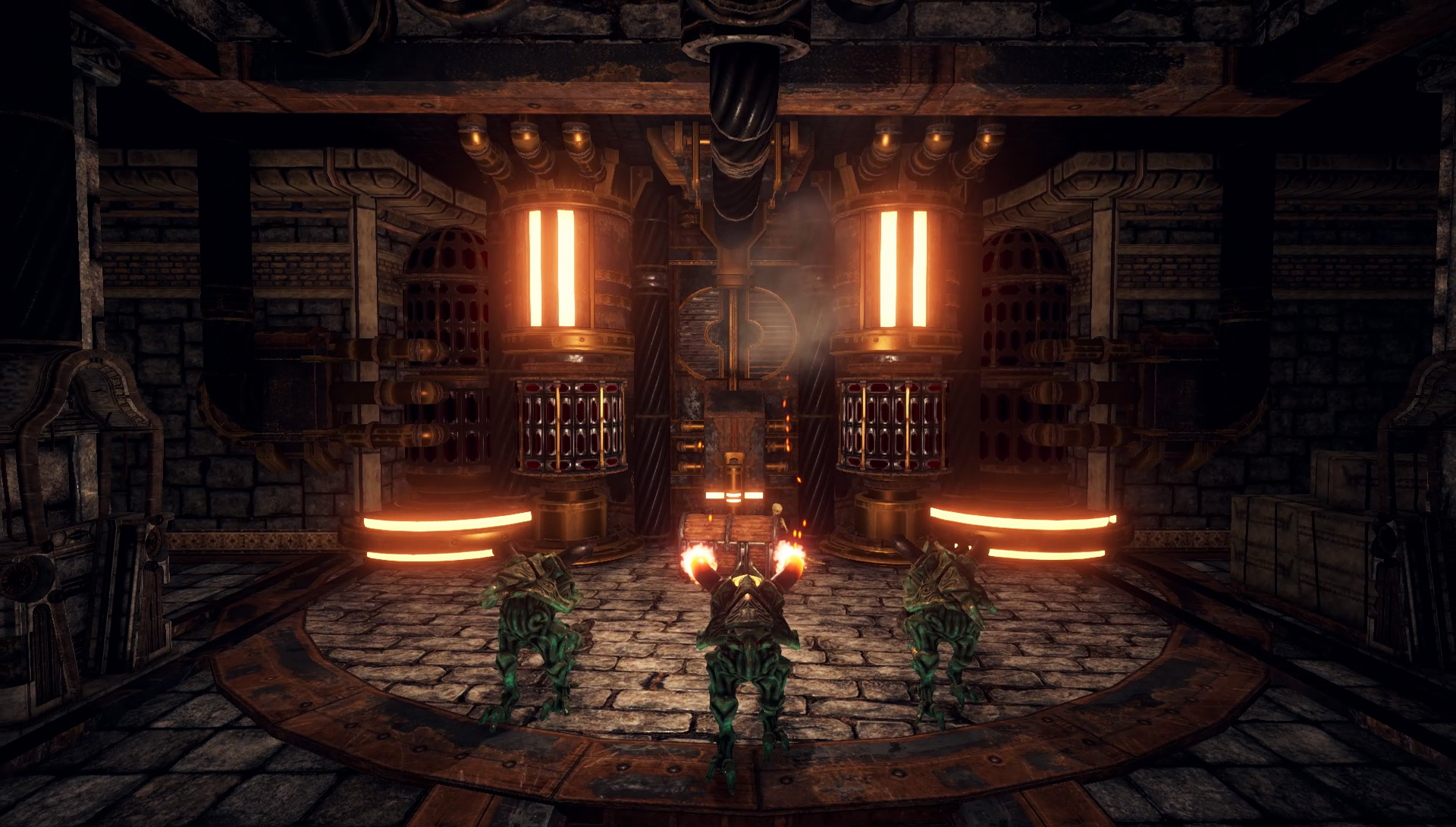 Of course, a big part of that comes from the fact that you really are a nobody. It might seem like a simple enough narrative choice, but think about it – when do you ever get to play the guy next door? It might be a fantasy world, but your very real challenges and decidedly lowly place in the world grounds the experience in a way that few adventure games have ever managed.

While the emphasis is more geared towards, survival, crafting and careful planning, Outward will invariably see you forced in to numerous battles, and while the core Souls-like combat system is certainly solid enough, unlike From Software’s spectacular battle mechanics, the AI here is entirely too dumb to make the most of the games’ otherwise perfectly serviceable mechanics. Yeah, it all works fine enough, but far too often, cheap tricks and basic repetition will see you win the day……as long as you are prepared of course. Whether it be the right weaponry or just the correct clothing for your surroundings, if you show up ill-prepared, Outward will chew you up and spit you out in no time at all.

With its unique approach to adventure and survival and its emphasis on an everyday protagonist, Outward delivers a genuinely compelling alternative to the traditionally fantastical open worlds we have all become accustomed too. Its solid mechanics, vast world, largely compelling narrative and utterly compelling survival-based gameplay make for an often special gaming experience, but to get the best out of this rough gem of a video game, you will have to be willing to look past its myriad of minor bugs, lack of polish and its decidedly low rent visuals. If you can, Outward will likely deliver one of the years’ most unique and compelling gaming experiences, but for many, those rough edges might well prove a little too rough to see beyond.

Outward will likely deliver one of the years’ most unique and compelling gaming experiences, but for many, those rough edges might well prove a little too rough to see beyond.