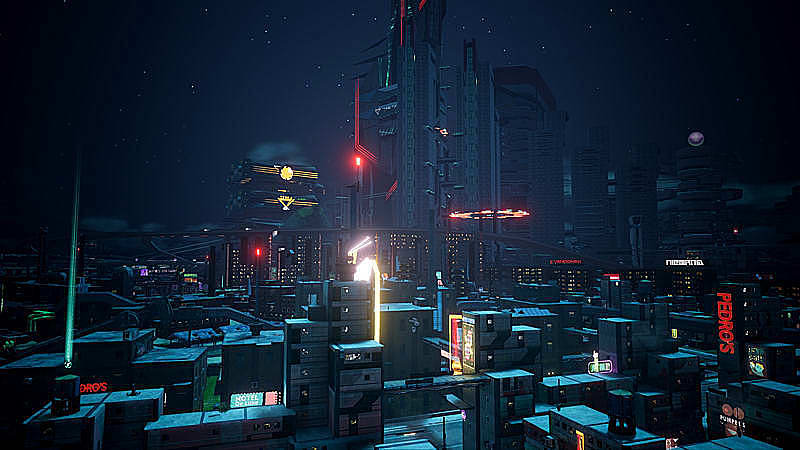 The original Crackdown was an exceptionally fun breakout hit for Microsoft’s Xbox 360 way back in 2007, but its direct sequel was a ho-hum and repetitive affair thanks to its rushed development and release cycle. And if you’ve followed Crackdown 3, you might expect the same mediocrity when you consider the long, tumultuous development rife with delays and iffy previews. The finished product, however, is somewhere between the original and its sequel – both fun and rough around the edges.

If there’s something to truly appreciate about the series as a whole, it’s its unwavering dedication to being extremely video-gamey. Gameplay is king here, and it shows. Players still control an enhanced agent in Pacific City, a fictional city that seems to never run out of problems for the Agency, an organization known for creating and assembling super-human agents to protect and serve. However, the story takes a backseat to the mayhem, layering in short and infrequent animated cutscenes for exposition without ever dragging down the action.

This time around, players are given a significant amount of freedom in the order they tackle objectives. Each of the game’s villains have specific markers objective markers on the map dictated by color, and each of them have anywhere from 3-9 objectives to complete before tackling the boss themselves. Knocking out that boss moves you one step closer to the final fight of the game, but giving players such freedom to do things in any order they want allows the journey to the end to be a lot less tedious than it could’ve been. I enjoyed clearing the map clockwise from the bottom (which is apparently the closest you can get to “the right way” to do it) and tackling the missions on my own time in between exploration of the game’s many side-objectives. 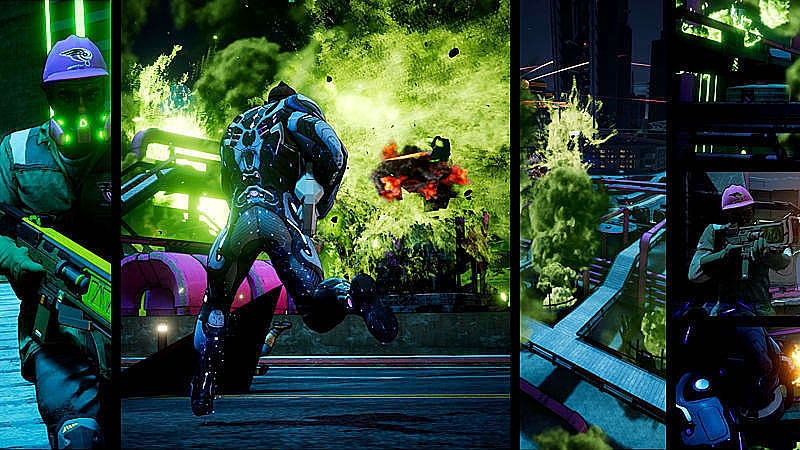 The movement in the series has never been graceful, and legacy issues remain, such as the stiff jumps and occasionally janky turning. That said, much of Crackdown’s gameplay has always revolved around finding and collecting hundreds and hundreds of orbs scattered around its open world city, so I was thankful for the expanded movement system to help keep things moving rapidly. Navigation is less tedious with an ever-expanding suite of new movement abilities like dashes and multiple jumps, alleviating some of the problems caused by the otherwise unfixed quirks.

The game’s agility orbs, green orbs that improve things like jump height and dashing, are placed intelligently around the map in such ways that implored me to think about the best route to collect them all in any given district, and I was happy to see that the developers created a puzzle element to reaching many of them. Coming back later when you’ve increased your agility enough to reach a new spot is usually the most viable option, but most of the orbs can be reached with a bit of ingenuity, precise jumping and timing, and trial and error.

The hidden orbs placed in more inconspicuous places are just as numerous, but they require more exploration than fancy maneuvering or puzzle-solving. Finding them hidden behind a giant sign or at the top of a narrow gap between two buildings requires constant situational awareness, and I had a lot of fun tracking down a large portion of them. And they’re a huge help since each one slightly increases all of your agent’s stats. Finding a lot of them can be a massive boon to your survivability and combat options.

Just like collectible orbs, the stats remain the same as previous games, encompassing everything one might expect from a super agent – agility, firearms, explosives, strength, and driving. All but agility are leveled through direct use of each of them, and while firearms and explosives are likely to level fastest and be most useful, strength comes in handy for throwing massive items to decimate your foes, and collecting those agility orbs is a must for quick and useful maneuverability around the battlefield. I found driving to be the least useful, and it mostly only serves as a catalyst for additional side-objectives like races and stunts. Since the cars control somewhat poorly and take away your ability to explore, I spent most of my time traveling on foot to engage in climbing and searching for collectibles.

Gunplay in Crackdown 3 feels frantic and fun. The auto-lock aiming takes a lot of the “skill” out of the gameplay, but because the game is frantic and throws an overwhelming amount of enemies in your path, I found the simplicity of mowing through them very satisfying. There’s a lot of enjoyment to be had for finding new guns, and many of them shoot explosives that can tear through specific enemy types extremely quickly when you become surrounded. If you’re anything like me, however, you’ll find one or two firearms that work best for your playstyle and keep them throughout the majority of the game. If you ever want to swap one out though, fast travel stations unlock frequently around the map as you explore, giving you plenty of chances to try new loadouts.

In addition to allowing players to experience the entire game online in co-op, the developers decided to add a multiplayer mode known as Wrecking Zone. This five-on-five competitive mode is about as barebones as one might expect from what is an obviously tacked-on feature. There’s no meaningful progression system in place, partying with friends is a hassle, and the matches themselves are utterly boring in comparison to the enjoyable sandbox of the single-player mode.

Nothing about Crackdown 3 exponentially changes the franchise, but the quality of life changes are welcomed, and I thoroughly enjoyed my time exploring Pacific City this go around in a way that the second game never offered. The core gameplay loop may feel less-refined and expansive than what we’ve come to expect from modern games in the genre, but for those seeking a fundamentally sound game, stay far away from the competitive mode and you may find a lot to love.

Time to step up your boom and stop crime as a super-powered Agent in Crackdown 3’s open-world sandbox of mayhem and destruction.