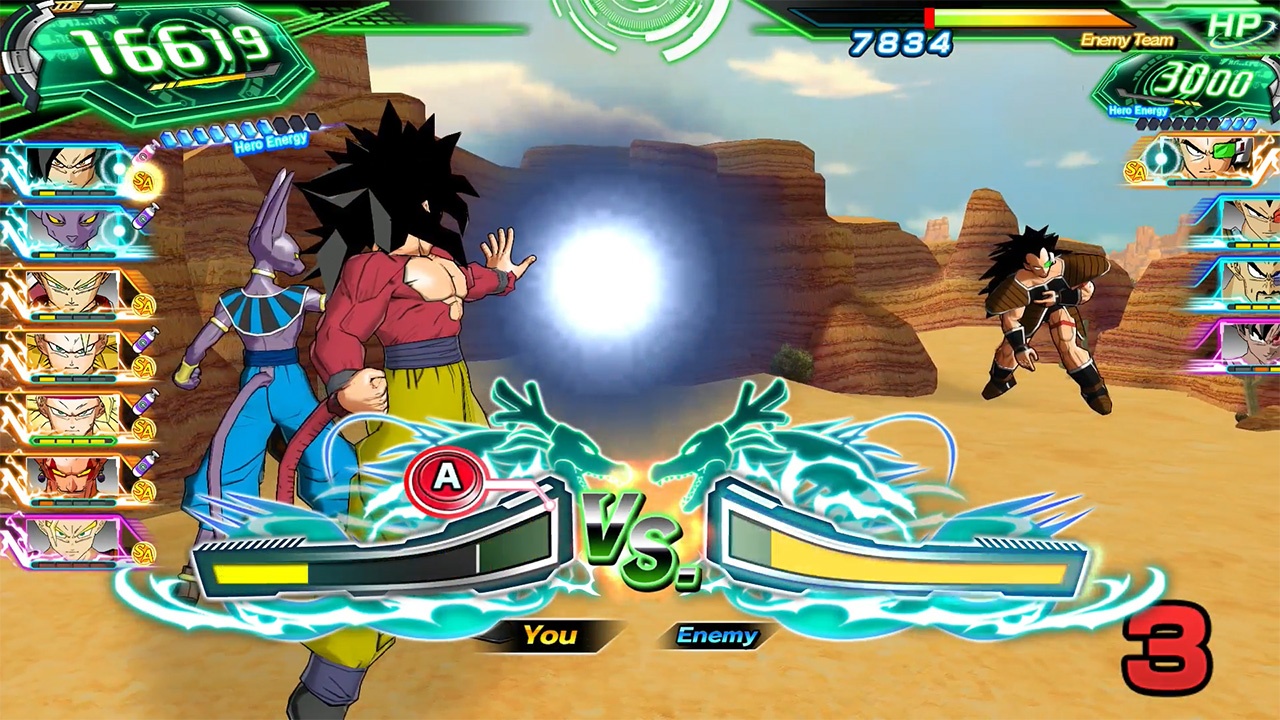 The highly anticipated Super Dragon Ball Heroes World Mission is finally available outside of Japan on Switch and PC and includes all of the fun of the original arcade version offers. With a wide range of modes, over a thousand cards, and great accessibility options, Super Dragon Ball Heroes World Mission does a great job of having something for every kind of player. Accessing the numerous modes is efficient with a simple tap, and navigating the hub is fun and breezy, putting players in a position to play more and wait less.

Story Mode includes a mediocre narrative involving time travel and ends up being one of the game’s weakest links. Still, I like that meeting specific conditions in levels has an impact on completion and allows for a lot of replayability as you navigate the story. For instance, finishing a level will allow you to continue on to the next fight, but an optional objective like beating the battle without being hit by an enemy’s super attack will allow you to unlock additional paths and fights and while there’s some fun to be had with the main story, Arcade Mode stands out as being one of the more engaging additions; offering the exact same features and gameplay as the original Japan arcade game. As an American, I’ve never played the game in its original arcade form, but I still vastly preferred tackling this mode’s various shorter sagas as opposed to the mundane plot of the Story Mode. 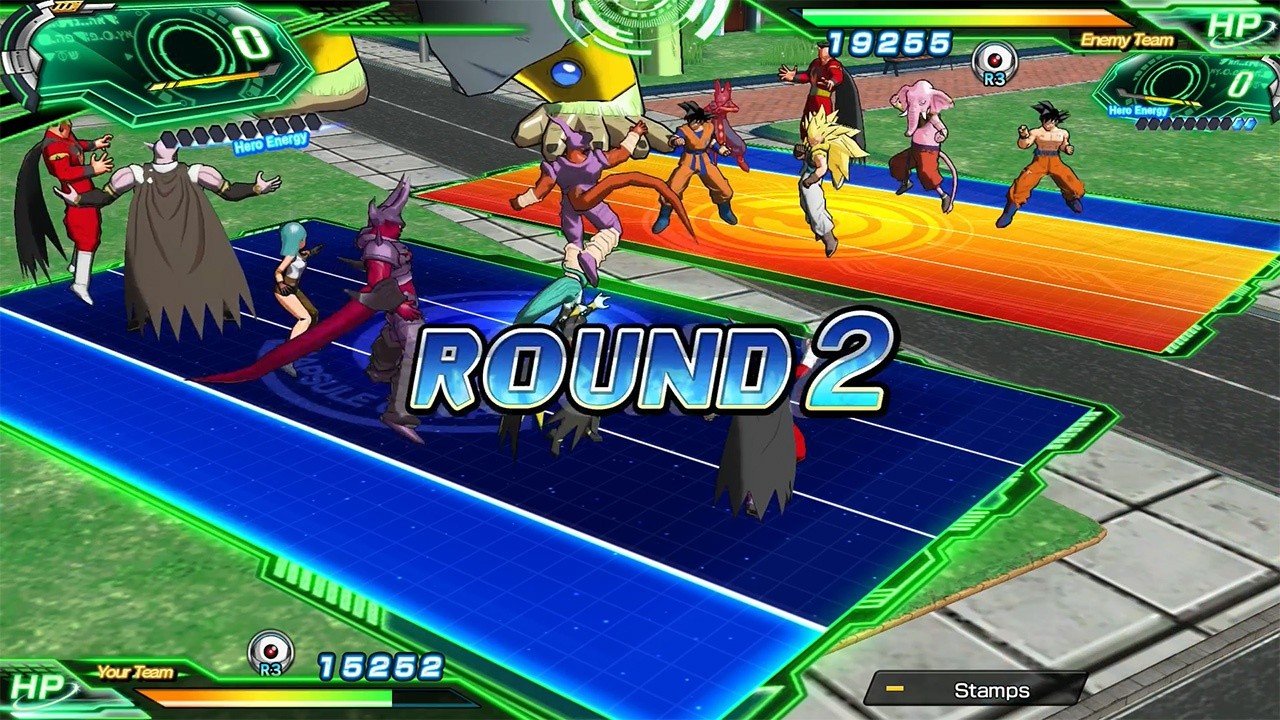 Collecting cards is obviously one of the core goals in the game, and completing fights in the game’s modes grants you currency to use in the Gacha Shop. There are no microtransactions in Super Dragon Ball Heroes World Mission, so everything can be collected through play. Tickets are divided into normal and rare, with rare tickets obviously offering better chances at top-tier cards.

World Mission offers 50 different slots to build decks in, and since the game is heavily based around deck synergy, it’s extremely useful to have a good collection of decks for different situations. Tossing together a collection of characters you like may or may not work in a battle, so players looking to win more than roleplay (so to speak) will find a lot more success by focusing less on individual characters and more on how they’ll work alongside others. I never struggled to compete in the game, but I was certainly overwhelmed by the options at times – but so many options is hardly a bad thing.

Speaking of the cards and decks, Creation Mode is a really cool concept and a mode I spent a significant amount of time with. Creating custom cards and abilities stands out as one of the more unique aspects of the game, allowing players to customization the aesthetics and characters of the cards all the way to things like setting the stats, attack style, abilities, and more. And yes, you can create extremely overpowered cards that decimate your opponents. 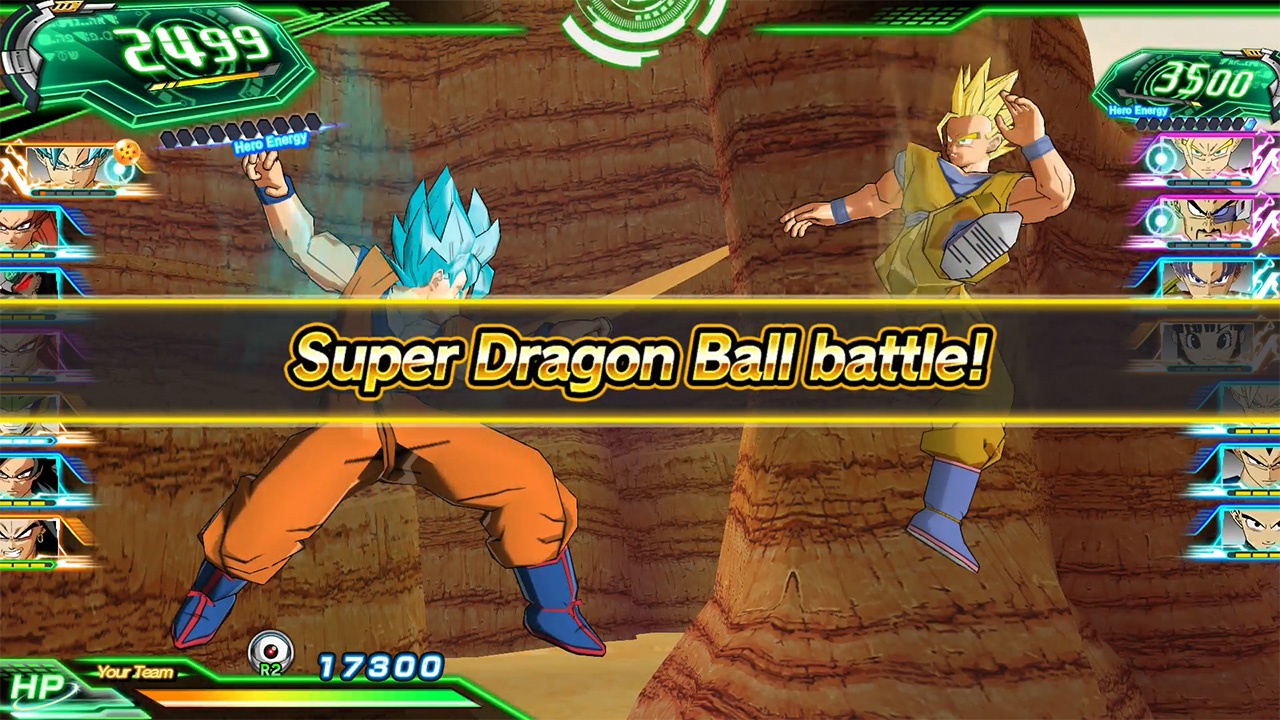 Lastly, it should be pointed out that I played the game on Switch which allowed me a lot of options for more engaging play. While the game is based around cards, there’s plenty of interactivity involved in completing attacks and character fusions, and this works wonderfully on the Switch. Swiping or rubbing to attack and moving items with the intuitive touch controls makes Super Dragon Ball Heroes World Mission one of the better examples of how touch-based gaming can work.

I’m not a hardcore Dragon Ball fan, nor am I someone who has spent a substantial amount of time with previous card games, but I still enjoyed my time with Super Dragon Ball Heroes World Mission and have nothing overwhelmingly negative to say about it. Wonderful accessibility, charming visuals, and a bevy of modes for different players makes up for the game’s few mediocre additions. There’s a lot to enjoy here for fans, but your opinion of Super Dragon Ball Heroes World Mission is going to be highly dependent on how much your love of Dragon Ball and card games can meld together.

Wonderful accessibility, charming visuals, and a bevy of modes for different players makes up for the game’s few mediocre additions.