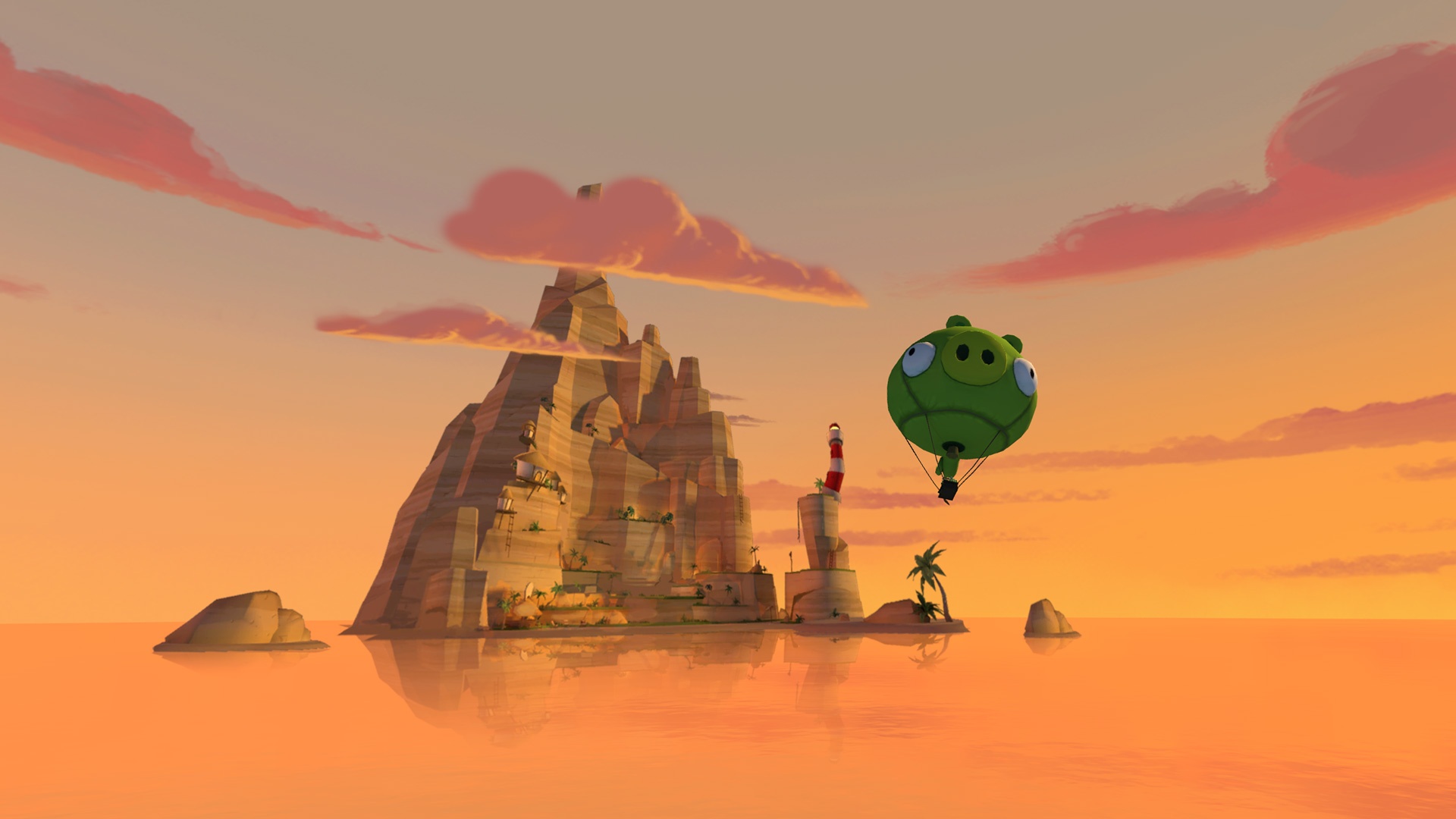 Very few games have the honour and responsibility of defining a generation. Angry Birds is one of those very rare titles. Launched way back in 2009 on the iOS, Angry Birds went on to storm its way into the hearts and homes of millions of mobile gamers worldwide.  Most recent estimates are that, by just 2011,  the game had recorded over 500 million downloads – making it one of the most downloaded games in history. How accurate these figures are can be anyone’s guess. After all, statistics are often used in the same way a drunk uses a lamppost; more for support than illumination. What is clear, however, is that, during the years following 2009, Angry Birds almost single-handedly ushered in a generation of mobile gaming that has become a staple diet for anyone who owns a phone or tablet. With these thoughts still fresh in our minds, we welcomed the news that Angry Birds had been re-booted for the virtual generation with a mixture of worry and concern.

Could this be a shameless cash-in that would undo all the accolades heaped on the mobile world’s most successful franchise? Would playing Angry Birds VR: Isle of Pigs leave us broken in spirit and shuffling away to the pub with the quiet, faltering tread of a Charlton FC supporter? Or perhaps this could be the game that re-invigorates the franchise and breathes new life into the series? A new beginning that brings the hope of fresh pig shooting adventures to every Angry Birds fan around the world. Could Angry Birds VR: Isle of Pigs be the crowning glory that the franchise has been waiting for?

All of these questions will be answered next week. Thanks for tuning in. Wait. What? Now? Oh, ok. The Ed has kindly reminded me that it’s my job to write this review today.  And if I don’t write the review today, it’s my job.

Ok. Fair enough. On with the review then. 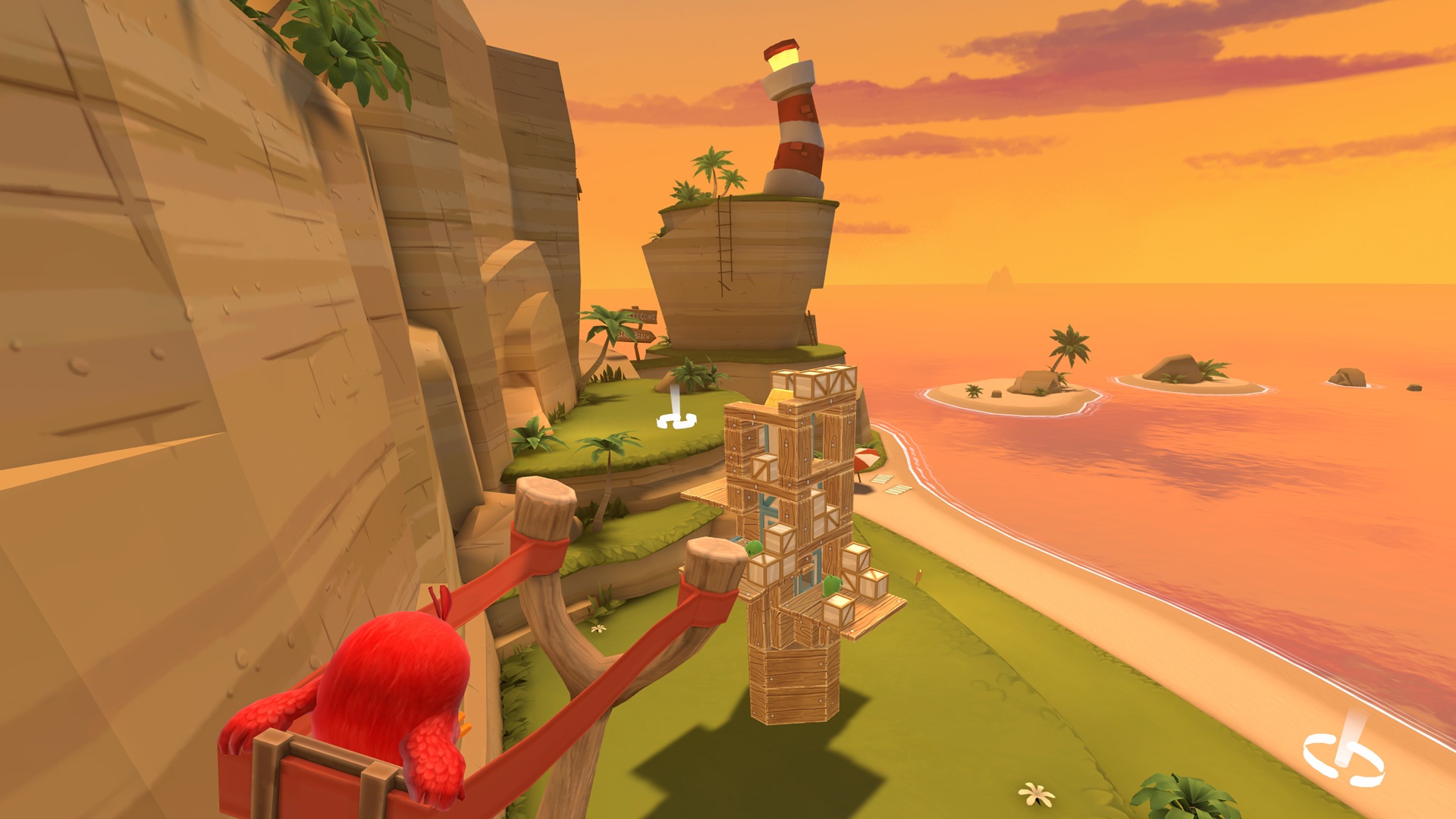 For anyone who’s been living under a rock for the past 20 years, Angry Birds is a game based on a deceptively simple  and yet fiendishly addictive premise. You are tasked with using a catapult to demolish buildings and shooting little pigs with ammo made up of birds. Birds that are angry. That’s it. On the paper it may not sound like the ninth wonder of the world, but on a mobile screen Angry Birds was – and remains – a delight to play.

Fast forward to 2019 and we finally have Angry Birds VR: Isle of Pigs.  Relying heavily on the time-worn adage that if it ain’t broke,  don’t fix it,  developers Rovio have wisely left the Angry Birds formula wholly untouched. You still get a catapult and angry birds as ammo and you still get to savour the inexplicable joy of shooting cute cartoon pigs perched on craftily built structures. Keen to deliver nothing less than a pure Angry Birds experience, Rovio have shied away from any suggestion of unlockables, pay to play extras and the like. Instead this is Angry Birds brought back to its roots in its purest form. As for the VR part, Angry Birds VR: Isle of Pigs’ main innovation is the fact that, as you boot the game up, you find yourself in a bright and colourful virtual world populated with birds you can use as ammo, structures you can demolish and fearful pigs with the odd case of dynamite here and there. As this is a VR game you can teleport yourself to different areas on the screen in order to get the best vantage point to shoot from. The fact that you’re teleporting rather than walking means that Angry Birds VR: Isle of Pigs is accessible to anyone with a VR rig, even those newbies prone to motion sickness. Brilliant. It goes without saying that you’re going to need a VR headset to play Angry Birds VR and two motion controllers as well, as they act as your left and right hand. Angry Birds VR: Isle of Pigs consists of four main sections, each with 13 levels to beat. The weapons at your disposal consist of the normal yellow bird, a three-shot blue bird, a deceptively fast yellow bird and a black bomb. Luckily, the learning curve is pretty gradual with each building you have to demolish, getting harder and harder as you progress.

Some of the puzzles can be dealt with on the first sitting.  Once you’re in the right spot, working out a building’s weak point and where you need to aim is a breeze. But, in true Angry Birds style, some of the buildings will take you dozens of attempts before you finally work out how to bring them down. With years of practice creating physics based games,  Rovio’s re-imagining of Angry Birds has projectile and building physics nailed down to an art form. When you fail to demolish a structure,  you’re left with the immediate feeling that somehow you miscalculated your trajectory, aimed at the wrong spot or used the wrong ammo in the wrong place. Either way, it was your fault rather than the game’s and with that realization comes the feeling that you’ve just got to have another go. 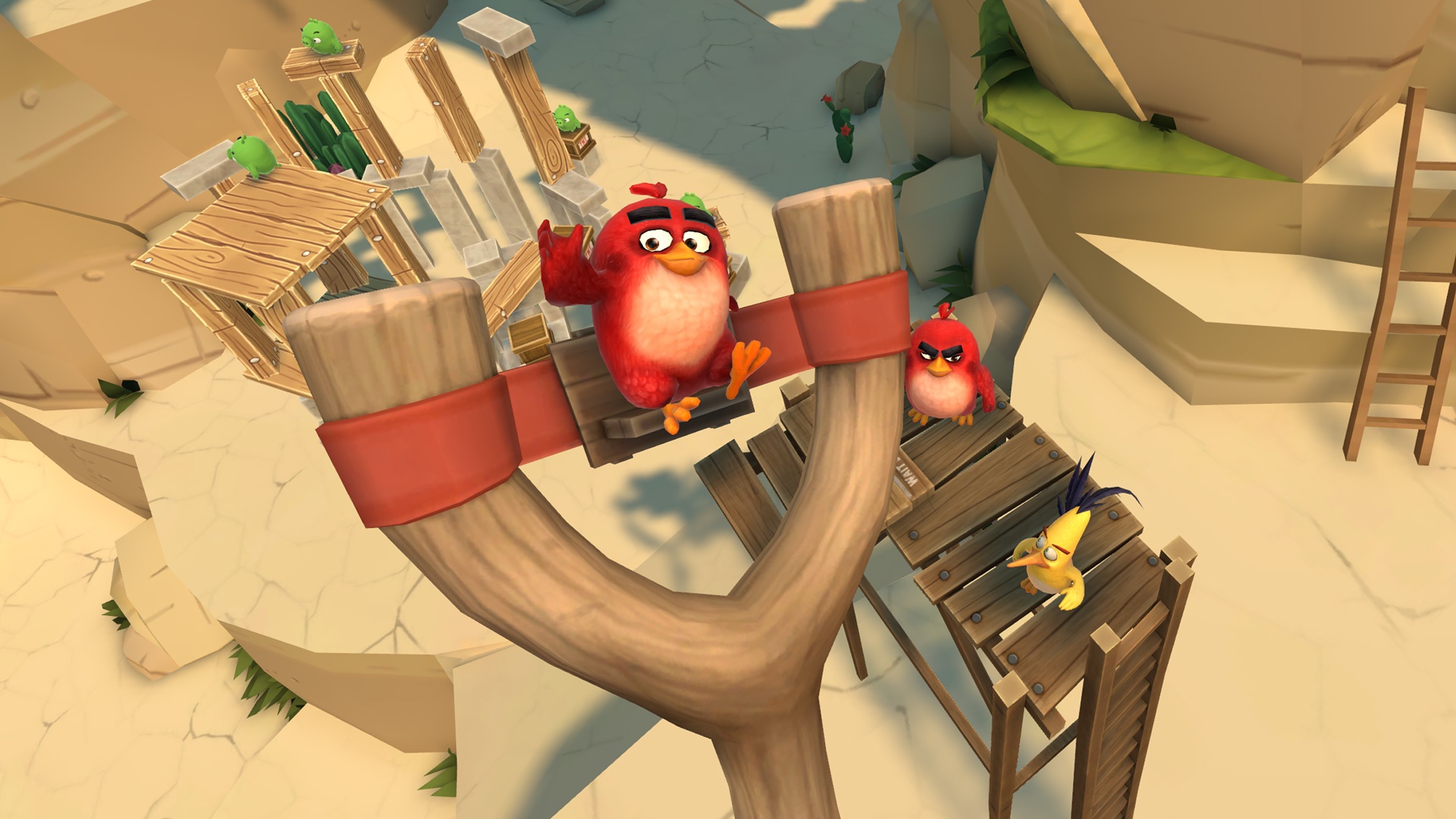 Graphically, the developers have done a great job of recreating the flat mode world of Angry Bird into a living and breathing virtual environment. The first time we booted the game up, we were taken aback by how bright and colourful everything was. For a moment, we forgot we had to actually do something.  Instead we spent a few timeless minutes gazing about in wonder and smiling and clapping our hands like dizzy schoolgirls.

Rovio have also done an admirable job in the audio department. The sound of explosions every time you hit a structure and the following meaty report of a building being reduced to rubble never gets old. We particularly liked the grunting and almost pleading sounds made by the pigs just before we knocked them out of a building and into the  rubble. Priceless.

The only minor gripe we had with Angry Birds VR: Isle of Pigs was the noticeable absence of a leader board so we could compare our score to our mates all over the world. The fact that the game rates you with stars depending on how much ammo you use to knock a building down just screams bragging rights.

A game based on a deceptively simple and yet fiendishly addictive premise.