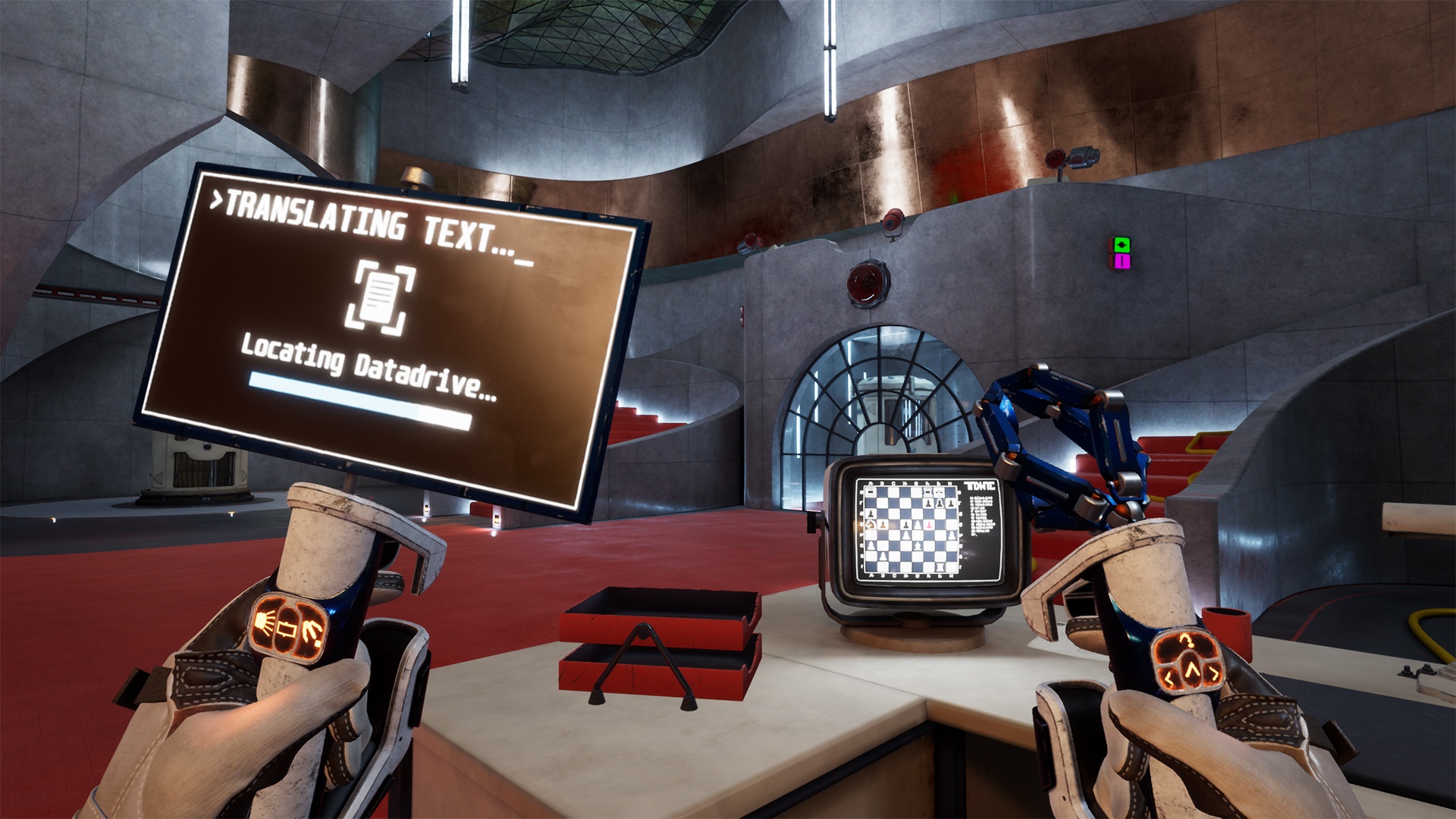 The Cold War between the US and the (former) USSR was responsible for some of the most imaginative moments in espionage history. An example of this was the USA’s fiendishly genius plan to airdrop enormous condoms labelled “Medium” into the USSR. The psychological effect would have been to demoralize the Soviets against an anatomically superior American Army. Now that’s imagination. So, given the Cold War’s reputation for ingenuity and creativity, we were full of eager anticipation at the thought of getting our hands on Red Matter on the PSVR.  Hailing from Vertical Robot, a studio comprised of industry veterans who decided to band together to create their own indie label, Red Matter is set during a Cold War between the Atlantic Union and Volgravia. You’re cast in the role of an agent called Epsilon, who has been given a covert mission to infiltrate a Volgravian base on Rhea, Saturn’s second largest moon and the ninth largest in the Solar System. After you arrive on the base you find it deserted and yet, still operational. Your job is to determine the fate of the installation personnel, while also uncovering the base’s hidden secrets.

Red Matter is essentially an escape room, narrative driven exploration game that has you travelling from area to area, unlocking secrets and solving puzzles. On paper, the game sounds predictable at best, pedestrian at worse. But in its execution, Red Matter is nothing short of a masterpiece. Some of you eager eyed readers may already have worked out that, just by their name alone, Vertical Robot (VR) have made a bold and unashamed declaration that VR is at the heart of everything they do and this statement of intention is nowhere more apparent than in Red Matter.  Pretty much everything on our checklist for great VR games has been met and, in many cases, exceeded. First of all,  the in-game mechanics are sublime. You are a disembodied pair of hands that have different essential functions.  Your right hand is used to manipulate objects and move you around (more on that later), while your left hand holds a device that can switch from a scanner to a pair of claws for grasping or it can hold a screen that reminds you of your mission objectives. Movement in Red Matter is probably the best we’ve seen in a VR game, as many of us still struggle to get our VR legs, it came as a breath of fresh air to have Red Matter’s option of either walking (slowly) around or space hopping from location to location. The space hopping was a breeze and virtually guaranteed absolutely no sense of vertigo or nausea whatsoever (are you listening SkyRim?) 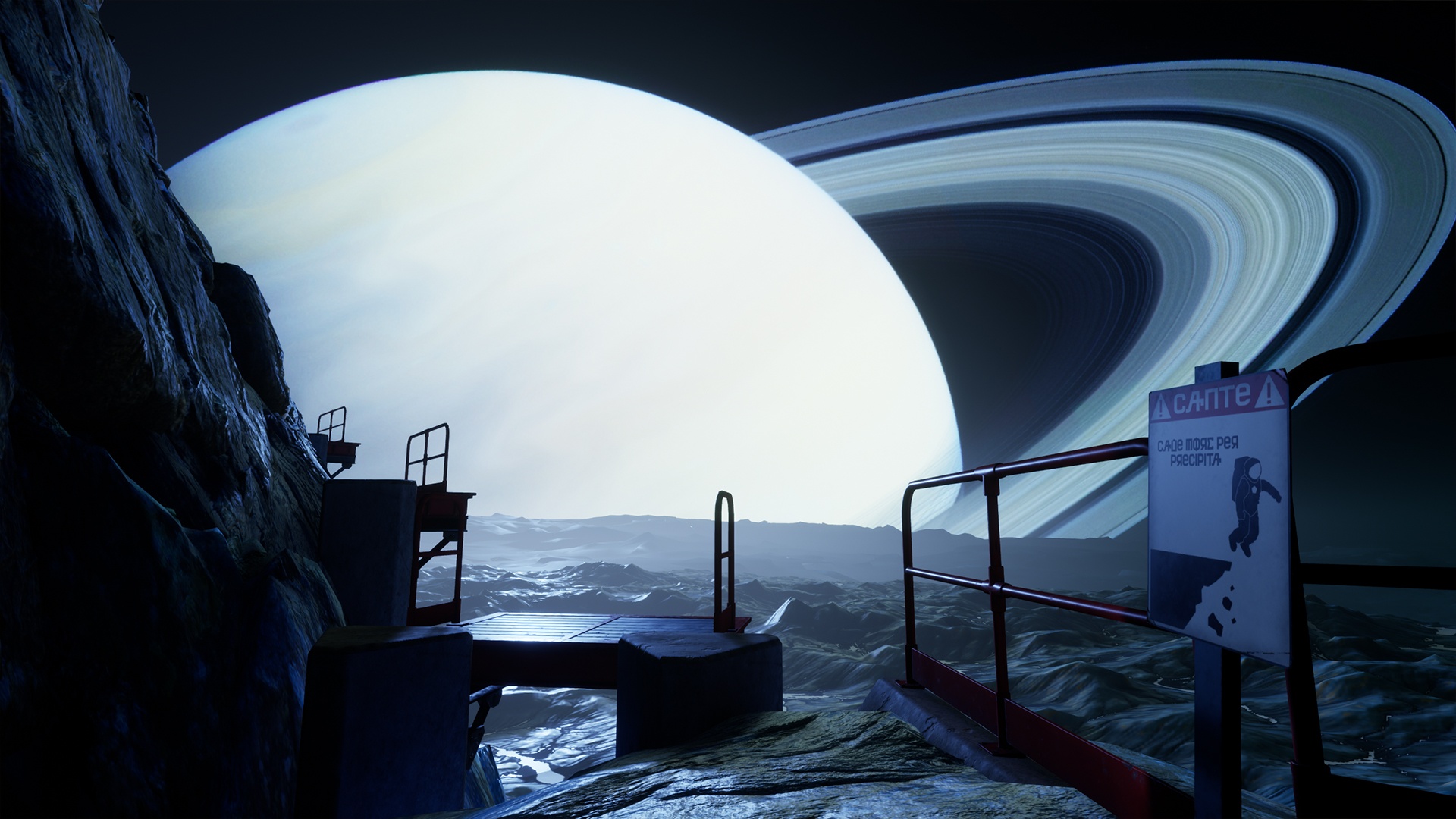 Graphically, Red Matter looks superb even on the ageing PS4. The game boasts some of the best lighting and texture effects that we’ve ever seen in a game with or without VR. Think of the first time you booted up Uncharted on the PS3 and you’re half way there. The fact that the base is deserted means the developers could devote themselves to creating an incredibly realistic base with items that can be picked up, thrown around or (if you use your scanner) you can read little notes and memos dotted throughout the game, which give you an idea of the people who lived, worked and probably died on the base.

Red Matter’s puzzles are mainly of the environmental and object combining nature. Most of them are just about hard enough to warrant your attention, but not so tough that you’ll be dashing for a YouTube walkthrough. The solutions are usually staring you in the face and often require a little bit of patience and lateral thinking. 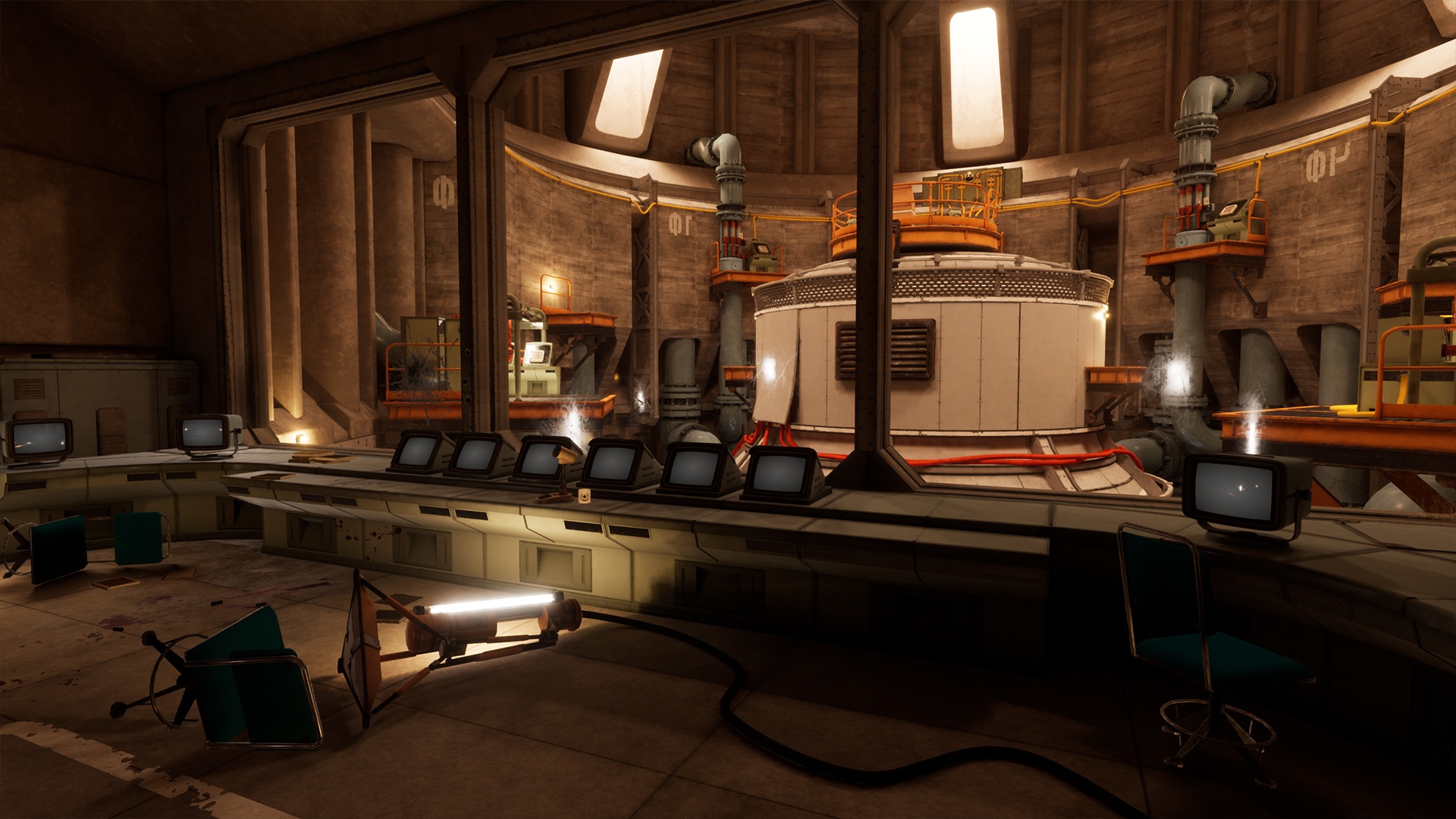 The in-game sound effects complement the idea of an abandoned base on the moon. You’ll get occasional comments from your handler who, we assume, is monitoring your progress from the comfort of his office back in the Atlantic Union, but other than that, most of the audio is dominated by equipment and mechanical parts.

Our only minor niggle with Red Matter was that there simply wasn’t enough of the game. We completed the mission in just under three hours, taking twenty minutes off for a break in-between. If you’re a puzzle game veteran, you’ll probably nail it in less, but what there is of the game harbours well for the future of Vertical Robot. With no unnecessary shoot outs to worry about, no sense of motion sickness whatsoever,  a few spooky moments but nothing over the top, Red Matter does a fantastic job of immersing you in a virtual world that looks and feels as close to the real thing as you’re ever going to get.

Red Matter does a fantastic job of immersing you in a virtual world that looks and feels as close to the real thing as you’re ever going to get.