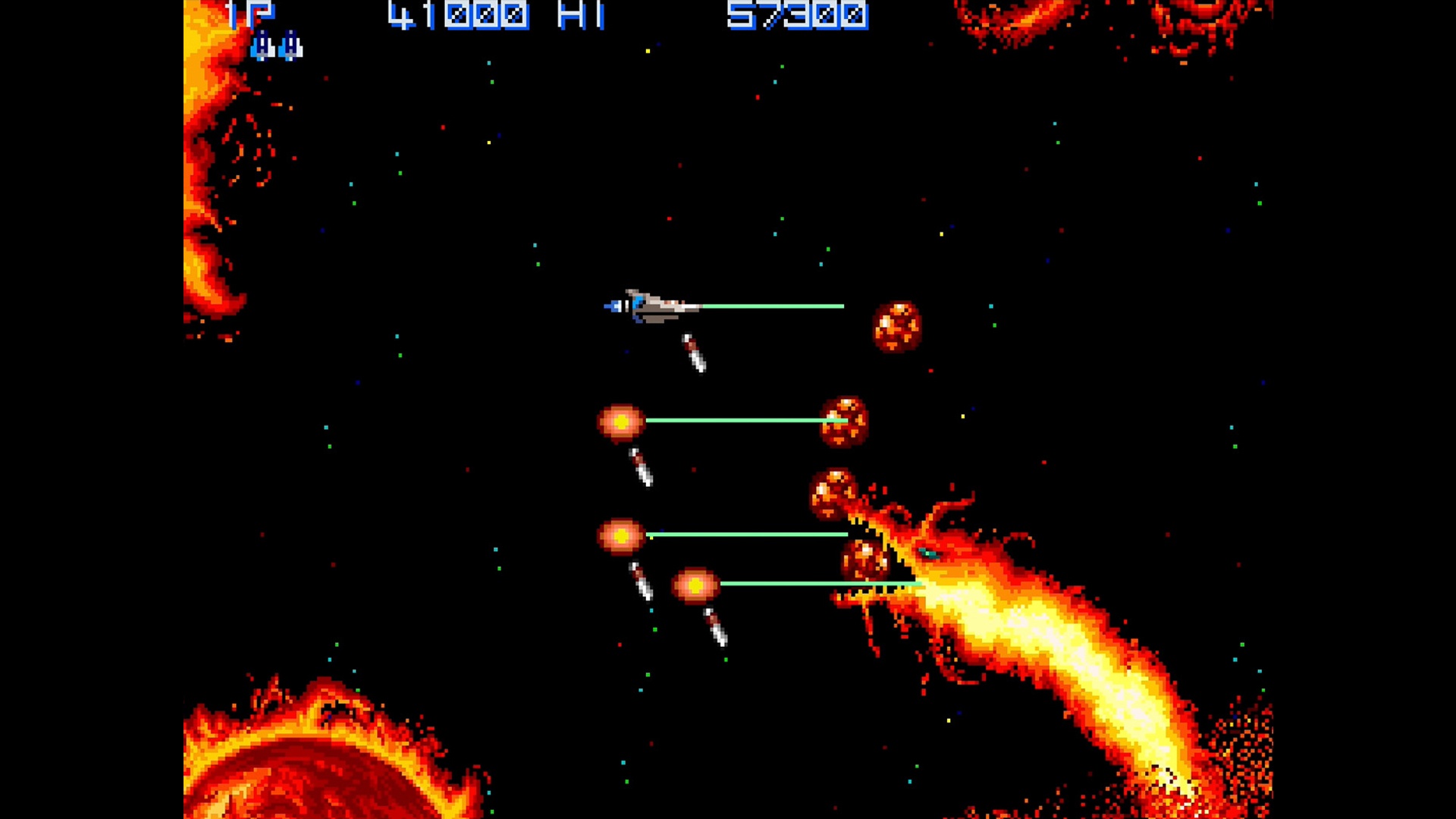 Historians of the rise and fall of this leg of the video game age are going to have a tough time trying to figure out Konami. One of those multifaceted Japanese companies, Konami nowadays is best known for their increasingly addicting pachinko machines all across parlors in Asia and their surprisingly adept sports clubs in Japan. But many people gaming before 2000 will know them for their series of memorable video game franchises, including monstrous successes like Contra, Castlevania, and the mind bending Parodius saga. Then something went wrong internally and they shot themselves in the foot by destroying Metal Gear, Silent Hill and the Pro Evolution Soccer games all in one big mess. But Konami wants us to remember the good times, not the bad, during their 50th anniversary, which is why this year they’re jumping on the nostalgia bandwagon and bringing us several collections of throwback titles. There’ll be bigger fish to fry next month and later this year, but, for now, we are treated with a real glimpse into Konami’s humble beginnings with the Arcade Classics Anniversary Collection.

Like so many giants that managed to live through the Atari Shock of the early 80s, Konami was first invested in arcade cabinets, and this Collection laser focuses on eight prominent titles that mix a good combination of recognizable and obscure in terms of Konami’s history. Now, naturally, they’re more keen on tapping into games that’ll excite and intrigue people, but they can only do so much in terms of what licenses they still possess. So, if you really enjoyed some of the great brawlers like X-Men, Teenage Mutant Ninja Turtles or Vendetta, I’m afraid those are conspicuously absent, as well as Konami’s later catalog of rhythm games and 2D fighters (fingers crossed for a future with Battle Tryst on the Switch). The focus here is pre-1990, which sets the tone and also should set expectations. The games included, though, are a lot of the horizontal and vertical shooters that Konami made their mark with, including the Japanese versions of Gradius and Gradius II, respectively called Nemesis and Vulcan Venture. You’ve got one of the original shooters, Scramble, to show you how far the company came in a short time, the strangely addictive TwinBee (which only reached the US a few years ago on the 3DS) and the all important Life Force, aka Salamander, which still holds up to this day in terms of leveling and how a company can learn and progress over time. 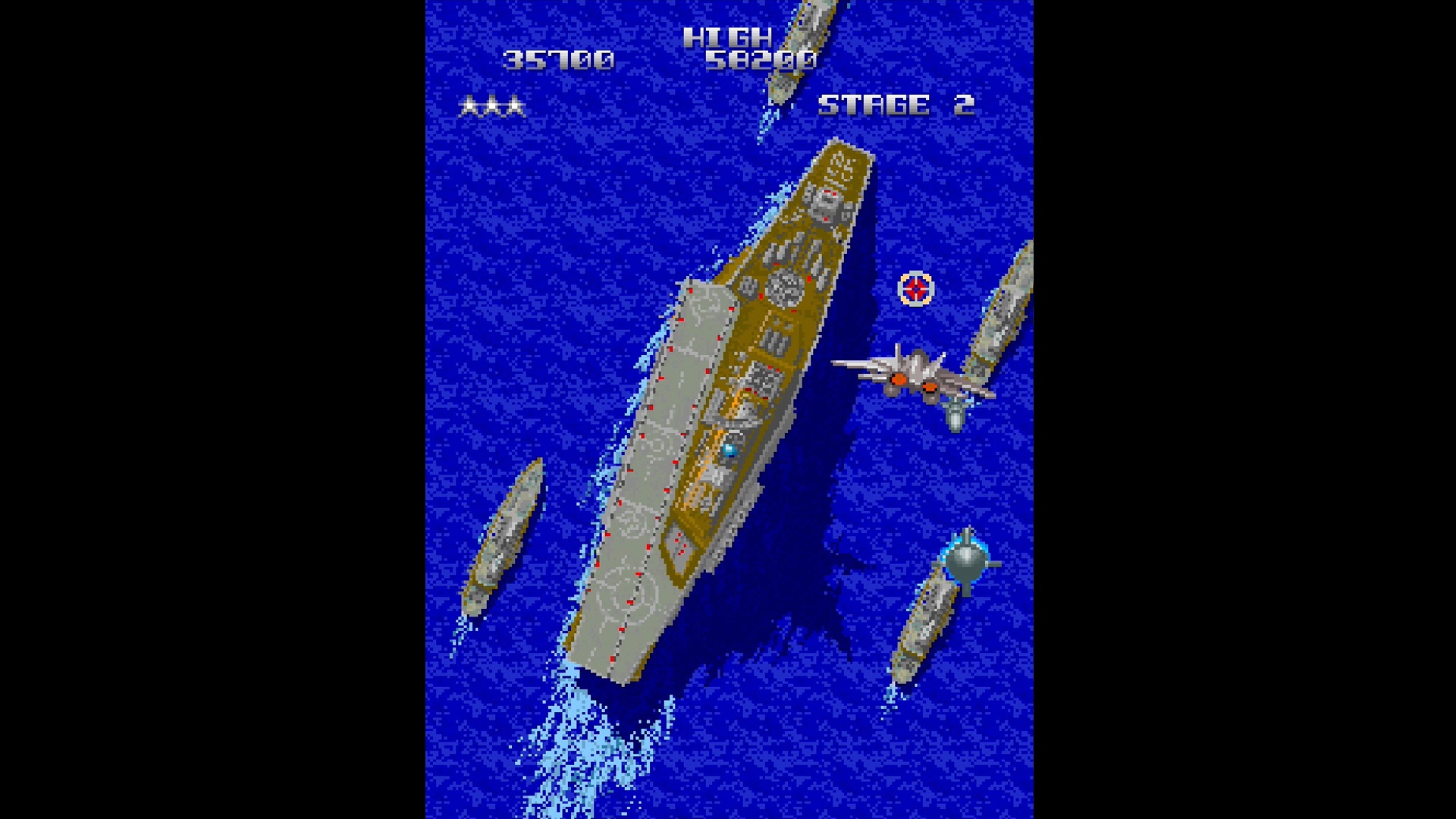 When you take a look at the Arcade Classics Anniversary Collection, your initial feeling might be a tad underwhelming. It wasn’t very long ago that SNK released their 40th Anniversary Collection, which, while twice as expensive as Konami’s publication, also contained a metric ton of data. It had different versions of the games, tons of back history, the ability to listen to the soundtracks separately and, best of all, more games coming in the future (which delivered, by the way). This collection has exactly eight games with zero options (other than two players) and one massive eBook to thumb through on your Switch. After my experience with InkyPen, I can say that I’m not totally fond of using my Switch as a tablet reader, but the book itself is worth the price of admission. The conceptual art for the games is intriguing, and the scans of the original sheet music that were used for the scores of the game feels like a peek into something deeply sacred and special. The interviews towards the end showcase a bit of the mentality and backstory behind Konami’s evolution at the time, and the round table bonus is both exciting and almost teasing. More than anything, seeing a second Anniversary Collection with even more titles would be bombastic and do a ton to aid Konami’s good will in the community again. Especially if Western players could get their first legal taste of Gaiapolis.

Hamster has really made a name for themselves with these Arcade Archives, catching the attention of everyone from SNK to Nintendo, and Konami also felt confident in them taking care of this collection, which means that they carry the same pros and cons of the NEOGEO ports. While you won’t see anything outlandish in terms of extra features, details or special tweaks, you’ll have a lot to explore if you’re willing to poke around the menus. For example, it took me dying about eight times with nothing to show for it before I realized that you can adjust enemy difficulty and overall toughness in Haunted Castle. Or that I could beef up the number of lives that I had in Thunder Cross, which made life a bit sweeter overall. Plus, there are various filters and adjustments to get your screen to look like the fuzzy cabinet you remember from the back of the pizza parlor in ‘88, so the nostalgia is strong in this one. The same sound effects and bubble-style windows are apparent throughout, and, like the other arcade games, you can find success and completion usually by pumping “credits” into the game with the X button, proving that times really haven’t changed. 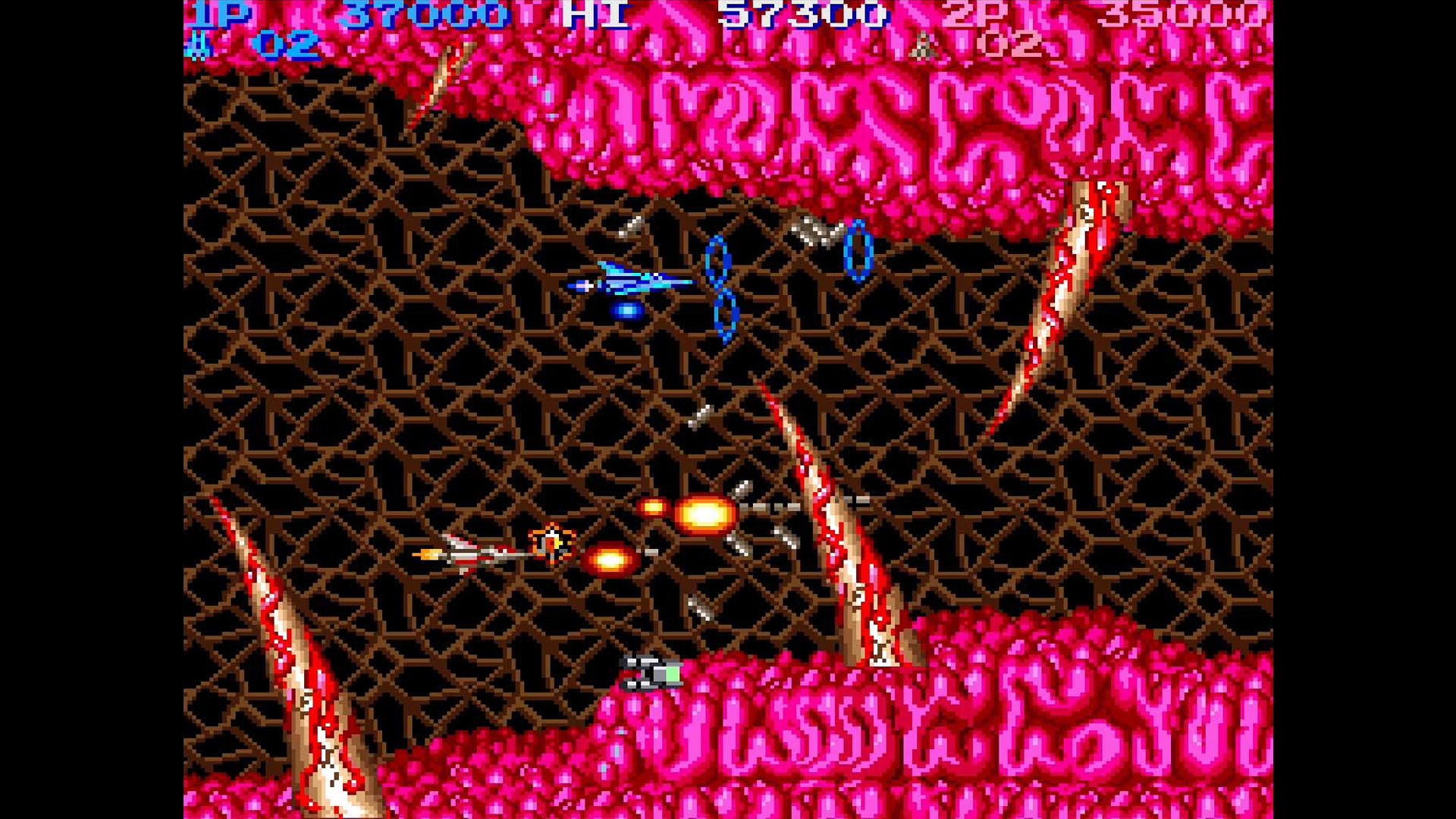 Now, as for enjoyment of the titles themselves, that’s both up to you and up to your understanding of the games for the era in which they were created. The Arcade Classics Anniversary Collection is presenting them in their raw states, so they’re sort of immune to criticism in terms of conventional methods. Scramble, for example, is on the bleeding edge of what passed for a great Atari 7200 title, but is obviously very pixel heavy and controls awkwardly at time. Once the games burgeon into the mid-80s and we see more focus on  a deeper color palette and even early voice synthesizers, the real beast rears its head, and then you start diving into a deeper world of retro enjoyment. The Gradius games still hold up after all these years, challenging players to make sacrificial decisions to beef up their speed or their arsenal as enemies come from all sides. TwinBee makes for some really confusing enjoyment in terms of tone and effect, asking players to keep shooting while collecting colorful bells and, on occasion, shooting their friends because it doesn’t damage them but it does bump them, and they get super angry. Haunted Castle shows what would happen if you tried to put Castlevania on an arcade machine and the result is brutally difficult, very clunky but aesthetically pleasing overall. Again, being able to play a lot of these games two players is something that a lot of people might not have done back in the day because, well, it’s my damn quarter, I wanna play it my way. Players will have a joy experiencing things Typhoon (aka A-JAX) with a second ship on the screen to help draw fire and max out the bonuses. Best of all, if a friend has to up and go, you can seriously do a save state to pick up exactly where you left off later on. Of course, it’s an arcade game, so the likelihood of being destroyed the second you jump back in is high, but hey, at least it’s an option?

Konami’s Arcade Classics Anniversary Collection (maybe volume 1) is a tad barebones, but you do get a lot of product for the asking price, and several are classics, not just in age, but in play itself. There’s a lot of incentive for the giant to keep going with retro throwbacks, and, if this collection is any indication of how future releases will look, I think players will be throwing their wallets, $20 at a time, towards these games of yesteryear that have aged fairly well. If you’re a big fan of arcade shooters, a supporter of more Konami titles in general, or just want to see how freaking hard some of these games used to be, it’s worth the pricetag to give it a shot.