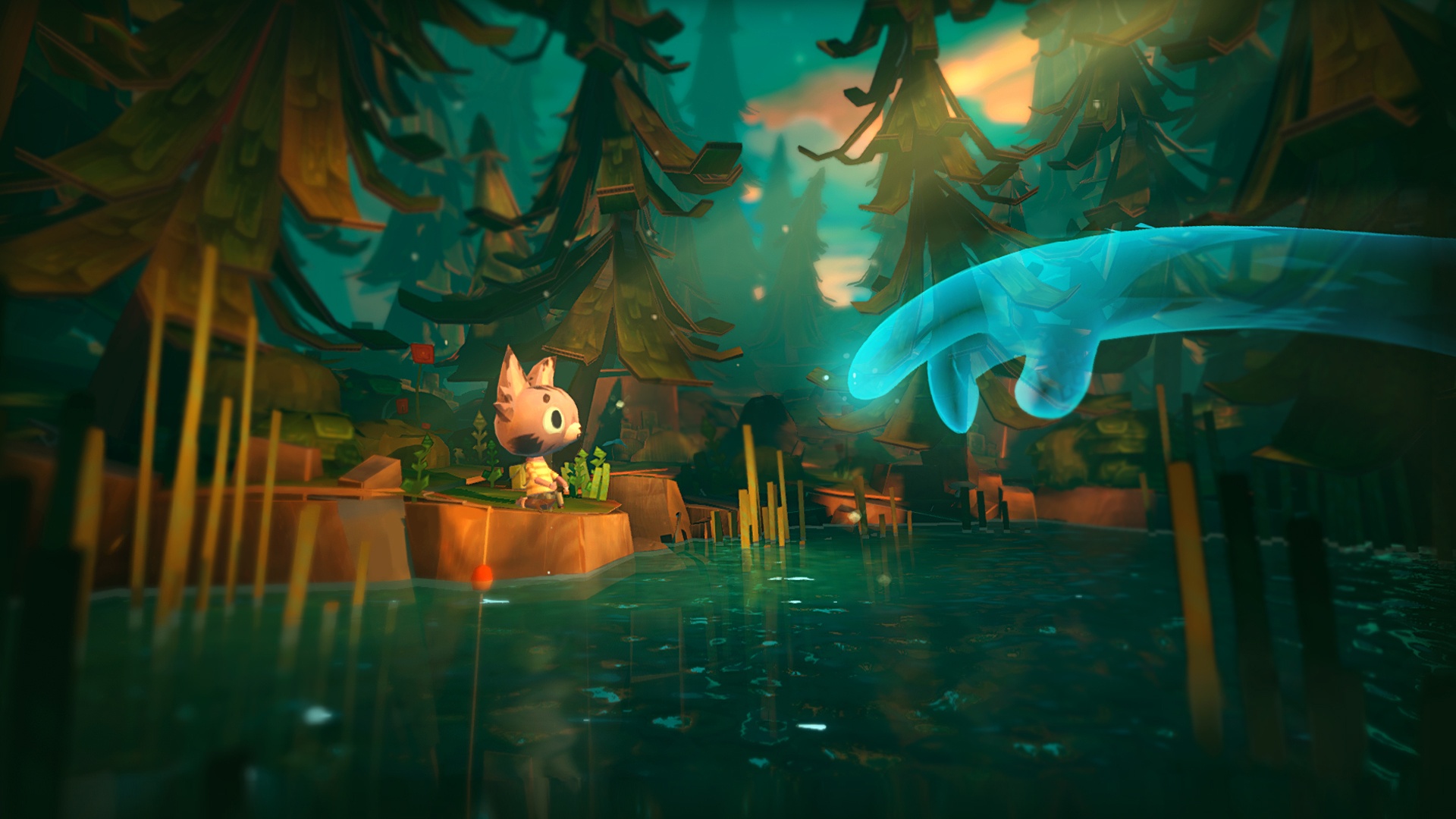 Is it a ghost? Is it a giant? No, it’s both…its Zoink Games Ghost Giant. So, is Ghost Giant as friendly as Casper the Ghost or is it one to avoid?

Ghost Giant is a game where you will get to play as a lovely three-fingered blue giant; moving your two ghost giant hands in order to aid Louis, a young kitten. We meet Louis at a lake, and as you can imagine the poor little kitten is scared of you. In this little section we start to get to grips with the way in which we will be helping Louis, containing some sort of puzzle in each of its 13 or so scenes

The story of Ghost Giant is one that will more than likely tug at your heart-strings as you progress. Once Louis finally figures out that we are not going to hurt him, but in fact there to help, we slowly start to see two sides of the kitten. One hand he seems to have fun, while on the other the kitten seems to be holding something back. Within the first couple of acts that we play through in Ghost Giant, we see that Louis seems to be doing a lot of work and is worried. When characters in the game ask about his mother, Louis gives different answers, and is nervous about any conversation about his mother.

Your job, as the friendly Ghost Giant, is to help Louis through each of the acts. The point of view we have is from above and you will find yourself in the centre of the level, being able to rotate left or right to a certain point; you never get a rotate fully around the map. Your height is just above some of the buildings and you are able to lift certain roofs, turn certain buildings around in order to see what is going on, as well as helping solve some of the puzzles. 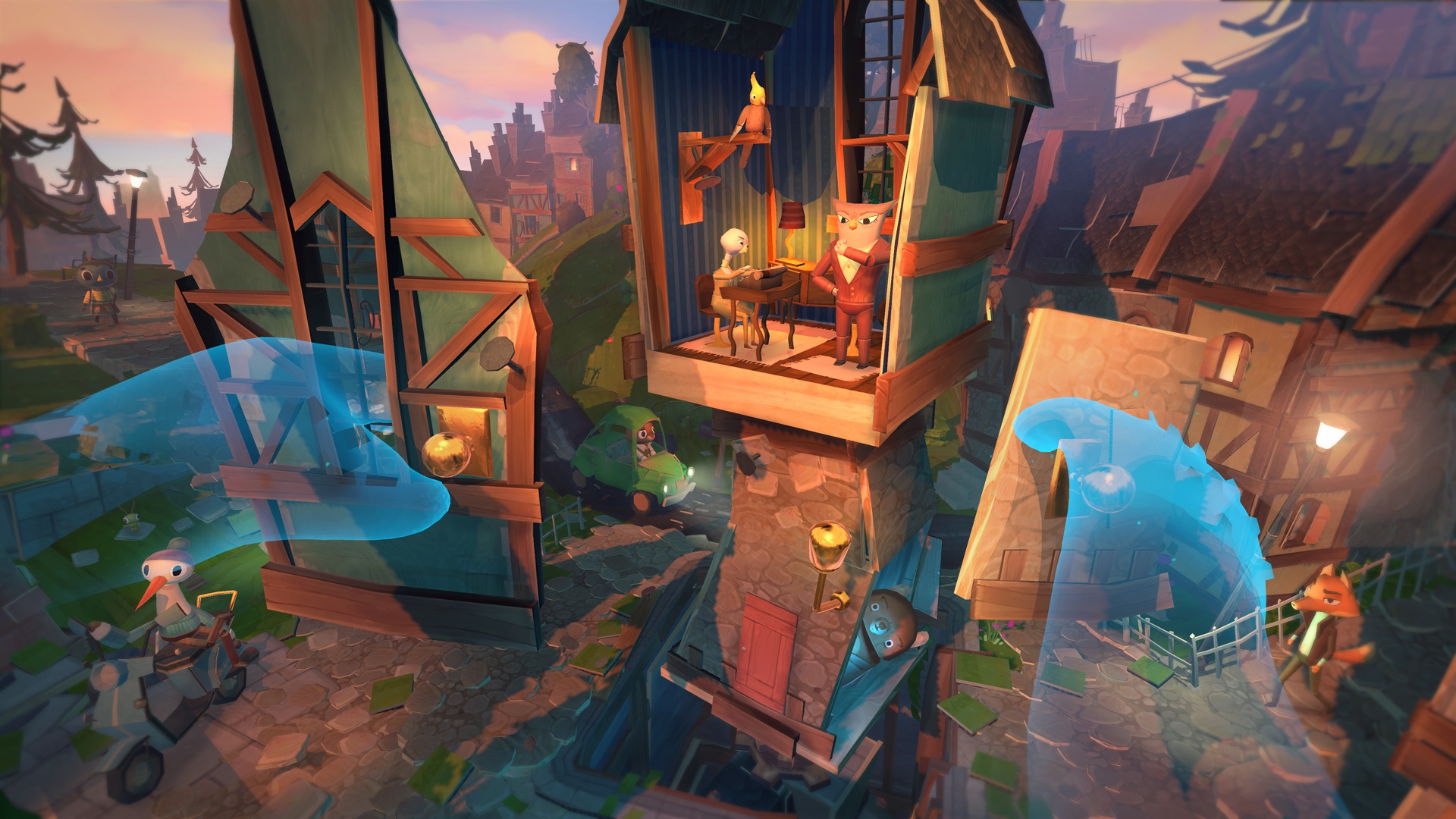 One of the issues I had with the game, was not so much the view point, but I felt I could never get level for all the levels. I had to every now and again, go back and adjust my height for some of the levels, to be able to interact with objects.

Going from act to act in Ghost Giant I found myself becoming attached to Louis, and was worried for the kitten. I wanted to know what was going on with Louis’s mom and why Louis was taking on so much responsibility for someone so young.

There are a couple of times in the game that your size will change, this will happen twice. It is the second time when your height changes that I truly became scared for Louis, unable to help as your perspective is now that of an ant almost. Unable to help, powerless, this I helps I feel further build the connection between you and Louis.

Ghost Giant’s visuals are just amazing. Playing it through the PSVR was an absolute joy, with Ghost Giant being lovely and colourful, even in the graveyard, the colours still were great. Ghost Giant’s levels are nicely designed, and at times made me think of a Tim Burton style film. The cities have interesting characters as well, giving hints if you listen to them carefully at times at what maybe you have to do in order to progress. 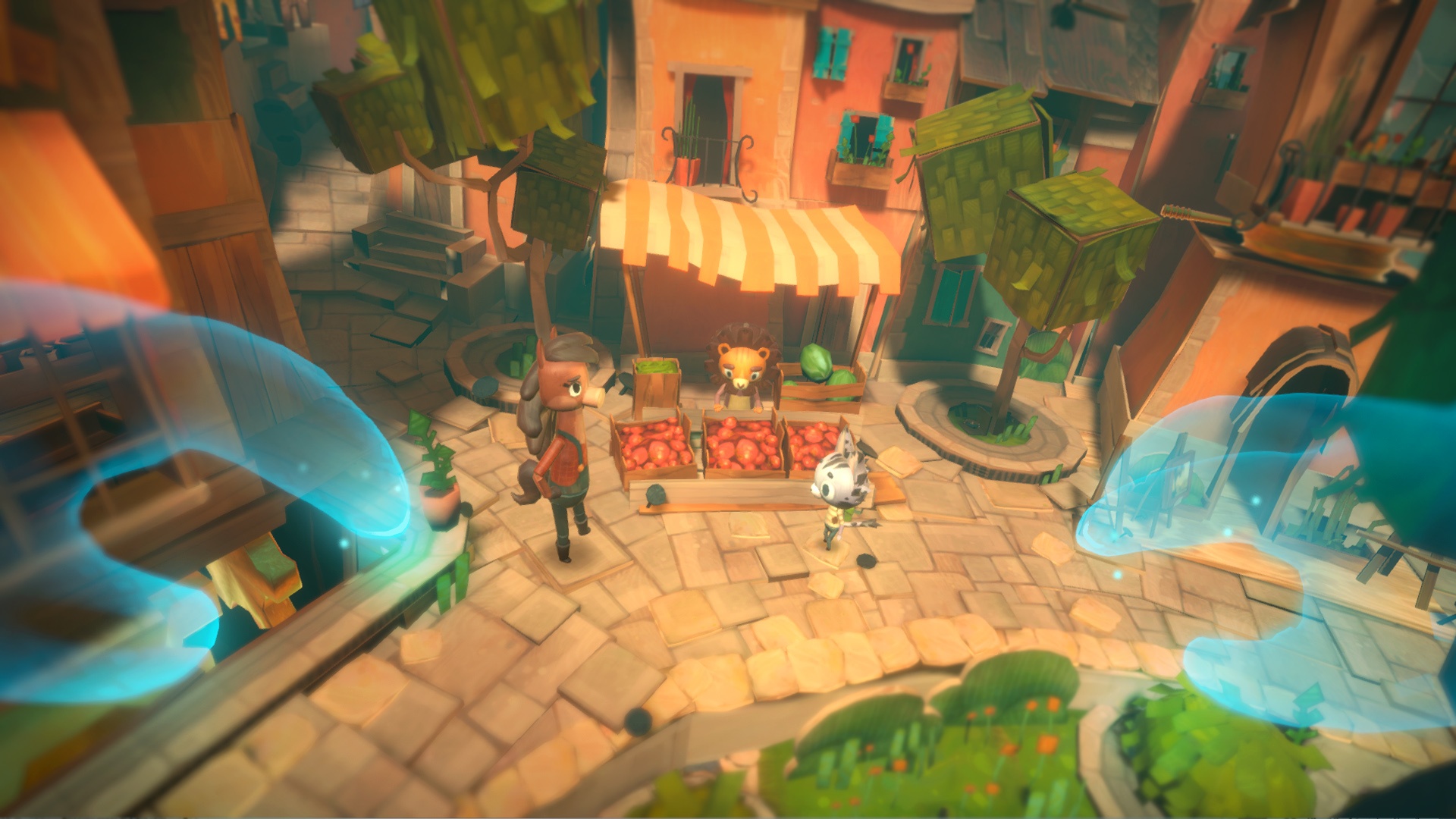 Ghost Giant’s hands are controlled by the move controllers, which 90% of the time was nice and responsive. However were a couple of times that trying some of the little side tasks, my lovely ghost hands seemed to stop, part way when trying to throw the basketball. A work around for this was to either throw underhand, or to rotate the ghost to face another direction, which then allowed for a smoother throw.

Overall Ghost Giant is an amazing experience. The story is one that is heart-warming and emotional, and the environments are stunning. Louis is a cute little kitten that you can high-five, and scratch his ear; bringing a smile to your face. It is definitely up there as one of the best PSVR games that I have played so far. I hope to experience more games like this. A lovely 4-5 hour experience waits.

Ghost Giant is an amazing experience. The story is one that is heart-warming and emotional, and the environments are stunning.