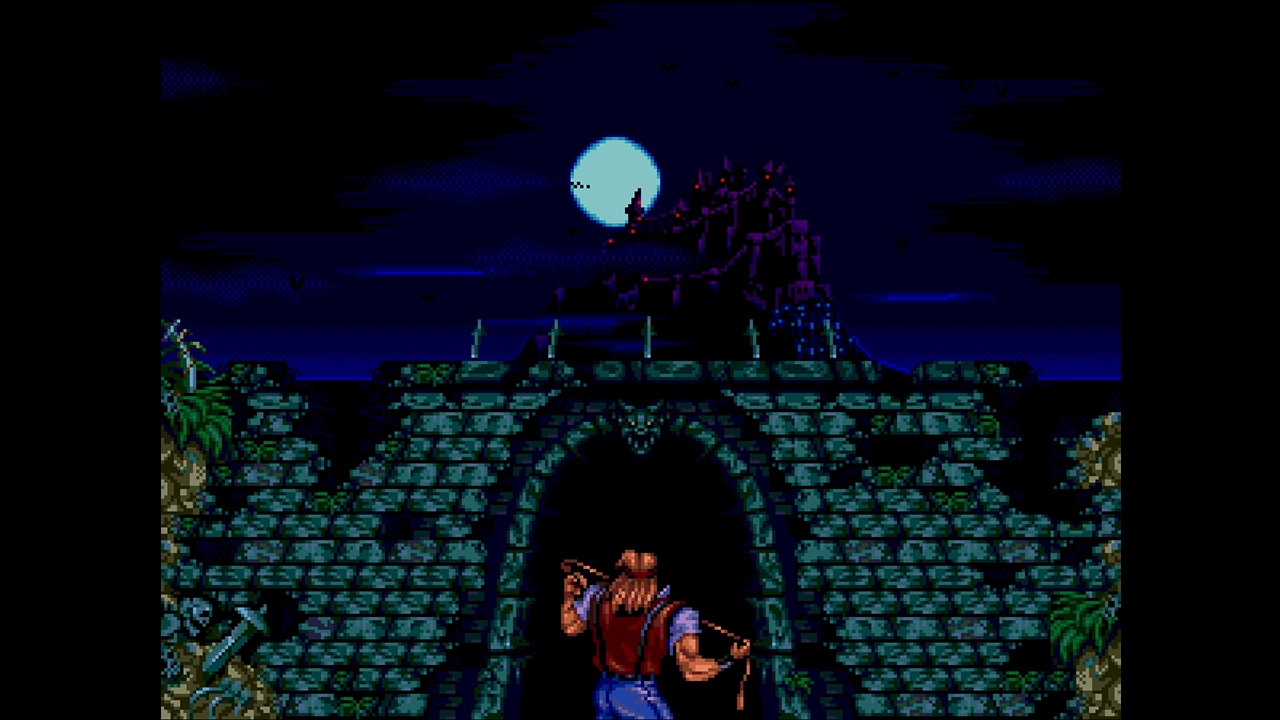 Konami’s nostalgia binge continues as the second of the Anniversary Collections lands on the Nintendo Switch, this time with all the guns blazing. Castlevania is, arguably, one of the most influential titles to drop out of Konami’s club house, and it’s easy to see why. The game almost literally helped birth a subgenre, as you can’t have Metrovanias without Simon Belmont, Alucard, Dracula himself and a whole heaping pile of skeletons to keep a player busy. The Anniversary Collection, much like the Arcade Classics Collection, is more focused on the early years of what Konami and Castlevania made, not so much the later iterations which is quite bittersweet. Yes, all the fantastic DS titles and Symphony of the Night are missing (that’ll probably get a solo release after Bloodstained, mark my words), but that also means the weirdness that is the Lords of Shadow are missing, and I’m more than content with that. Instead, players are treated to eight original titles, including some really interesting curveball choices, as well as a digital book that looks at the history of all the games included therein. And, for the emphatic Castlevania collector, there’s something for everyone. However, the ports themselves might be the devil in the details that puts off a lot of players.

Players are really going to want to delve into the original Castlevania trilogy in order to see how the game made progress in leaps and bounds across a very short amount of time. Starting with the original, you get to see and experience the birth of many mainstay mechanics from the overall series. The exploration of a castle and multiple rooms and floors through trial and error. The use of your primary whip as the best weapon, and finding out which auxiliary weapon works best in terms of each boss and level you find. The brutality of never finding enough food to refill your HP as you’re beset on all sides by different forms of horror. Then, once you’ve had your fill of traditional castle exploration, fire up your copy of Castlevania II: Simon’s Quest to see where the overlap with Metroid really starts to take place. It’s fascinating to see the game as a more “RPG” format with a lot of map exploration, buying things off of villagers and needing to gather clues and information in order to find the five parts of Dracula that have been scattered to the corners of the earth. Getting experience points, dealing with a cyclic day and night system, picking up equipment to power yourself up. By the way, as an adult, I can now see how messed up Castlevania II is in terms of storyline. Like, I’m trying to destroy Dracula one piece at a time, and I also decide that I can wield his former body parts as armor and weapons. Oh, and having multiple endings in an NES game? That’s just brash and bold, outright. But the third Castlevania game, Dracula’s Curse, is where players will want to spend their time to see the true origins of Castlevania. This is where the tried-and-true formula of a more open-ended, branching experience comes from, combined with the excellence of the platform action from the first game. Additionally, you have your choices of characters with different expertise and actions, which is something we ended up seeing more of in the recent Bloodstained prequel title. Honestly, if you’ve never played any of the original Castlevania games, the Anniversary Collection is worth the price of admission just for these three. 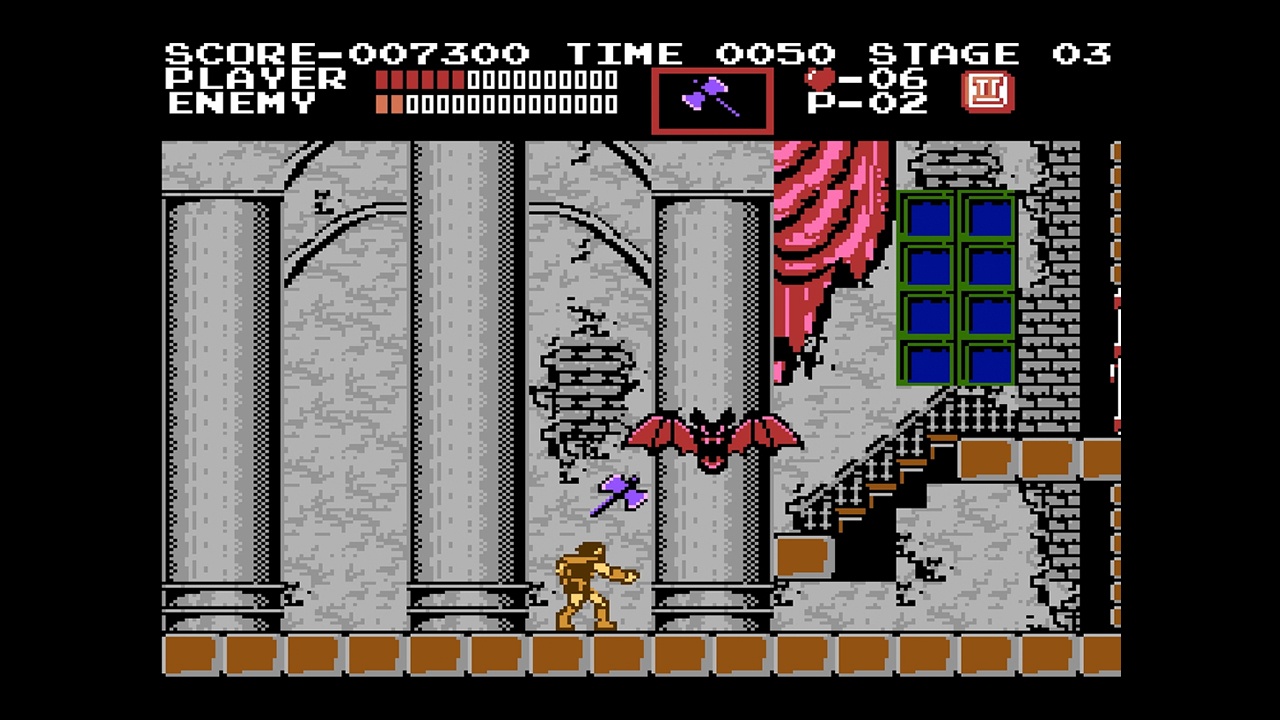 After you get past the NES nostalgia window, things start to swing wildly for the Castlevania Anniversary Collection. For whatever reason, Konami decided to go with a different group (M2) in order to do the porting, and results are relatively interesting. I had zero problems with the Arcade Classics, though Hamster, admittedly, has had more time to work out the kinks with arcade ports. The NES versions of Castlevania all run excellently, and, in spite of what some other reviews have said, I had zero problems with the first Castlevania. Additionally, the ports of the SNES game (Super Castlevania IV) and the Genesis title (Castlevania: Bloodlines) were top notch with zero playback issues. The Gameboy titles, on the other hand, felt like a stuttery, blinking, jangled mess, with the second one (Belmont’s Revenge) at least is playable, whereas the first is just a nonstop strobe light of disappointment. The games do serve as a fantastic testament, though, to how far portable gaming has come, when you realize that you’re emulating these titles on the same machine that plays Mortal Kombat and Final Fantasy on the go.

It should be noted that Super Castlevania IV plays great but still feels like such a weird game to have. I mean, sure, it’s a direct sequel, but there’s nothing about the game that feels like a step forward: instead, it just feels like they took the original Castlevania, souped it up with 16 bit graphics and some tighter controls, and brushed in some new enemies. But I do like the limp whip mechanic, plus being able to swing to other platforms and locations was a nice touch. I think I also really enjoyed Bloodlines because it did what Genesis did best back in that time: take acceptable gameplay and then soup it up with blood and gore for no apparent reason. Bloodlines plays silky smooth and is honestly a great game that might have been missed by many due to the timeline. This game is the newest in the Anniversary Collection, and people were already looking towards the Saturn to replace their Genesis machines when Bloodlines dropped. Between Bloodlines, Super IV, the original three NES titles and the second Gameboy title, a vast majority of these Castlevania games look and feel great, and I love that it’s the same price on the console as on Steam. 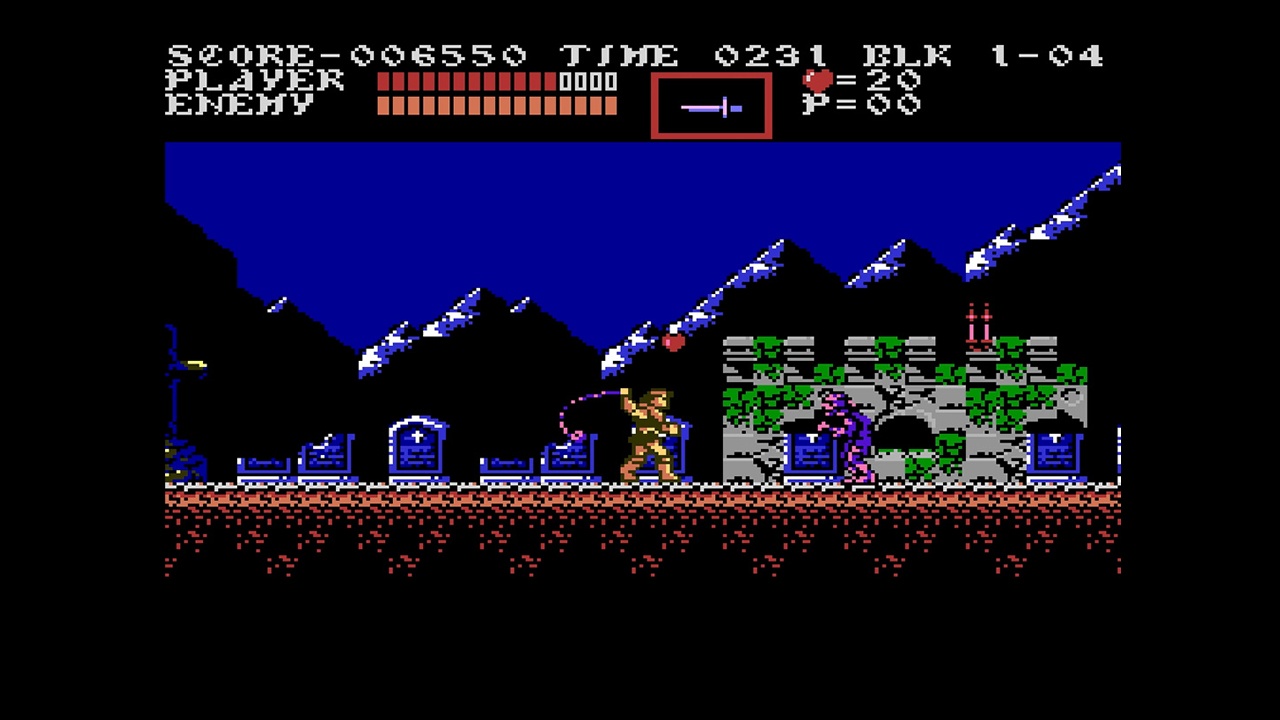 And then there’s Kid Dracula. Remember when the radio said they would give away a hundred grand to the 500th caller, and that guy got a candy bar called 100 Grand, and everyone was angry but the radio was technically right? That’s what Kid Dracula feels like for this collection. A clear parody of the Castlevania franchise, you play a tiny vampire who’s off to awkwardly climb platforms and defeat demons to get his castle back so he can continue his eternal rest. It’s cute, and the translation is a bit janky (but funny as a result), and I love to see official releases of games that have never seen localization before. Additionally, it runs as well as the NES Castlevania games do, so I’ve got no complaints there. But it’s the Bat Mite/Scrappy Doo/Cousin Oliver of the whole thing. It’s there, and you can play it if you want, but it’s so tangentially disconnected from the game that I wish they had put in the episode of Captain N: The Game Master where they visit Dracula’s Castle instead.

All in all, the Castlevania Anniversary Collection does exactly what it promises to do: it showcases the history of Castlevania, in all its splendor, prior to Symphony of the Night, where things got really interesting and weird. Sure, there’s no Dracula X, but I can honestly deal without it, and the book is a better exchange anyways. From interviews with the original composers to a sit down with the Netflix showrunner, Konami is doing diehard fans a solid with adding some actual history and content to their developing nostalgia database. We’re two for three on the collections, and one more is on the horizon. Let’s hope Konami keeps up the good work, and we got plenty of whipping and exploration in the meantime.

Konami’s Castlevania Anniversary Collection reminds fans how much story and action could be packed into a tiny game, and how often lightning can be bottled.