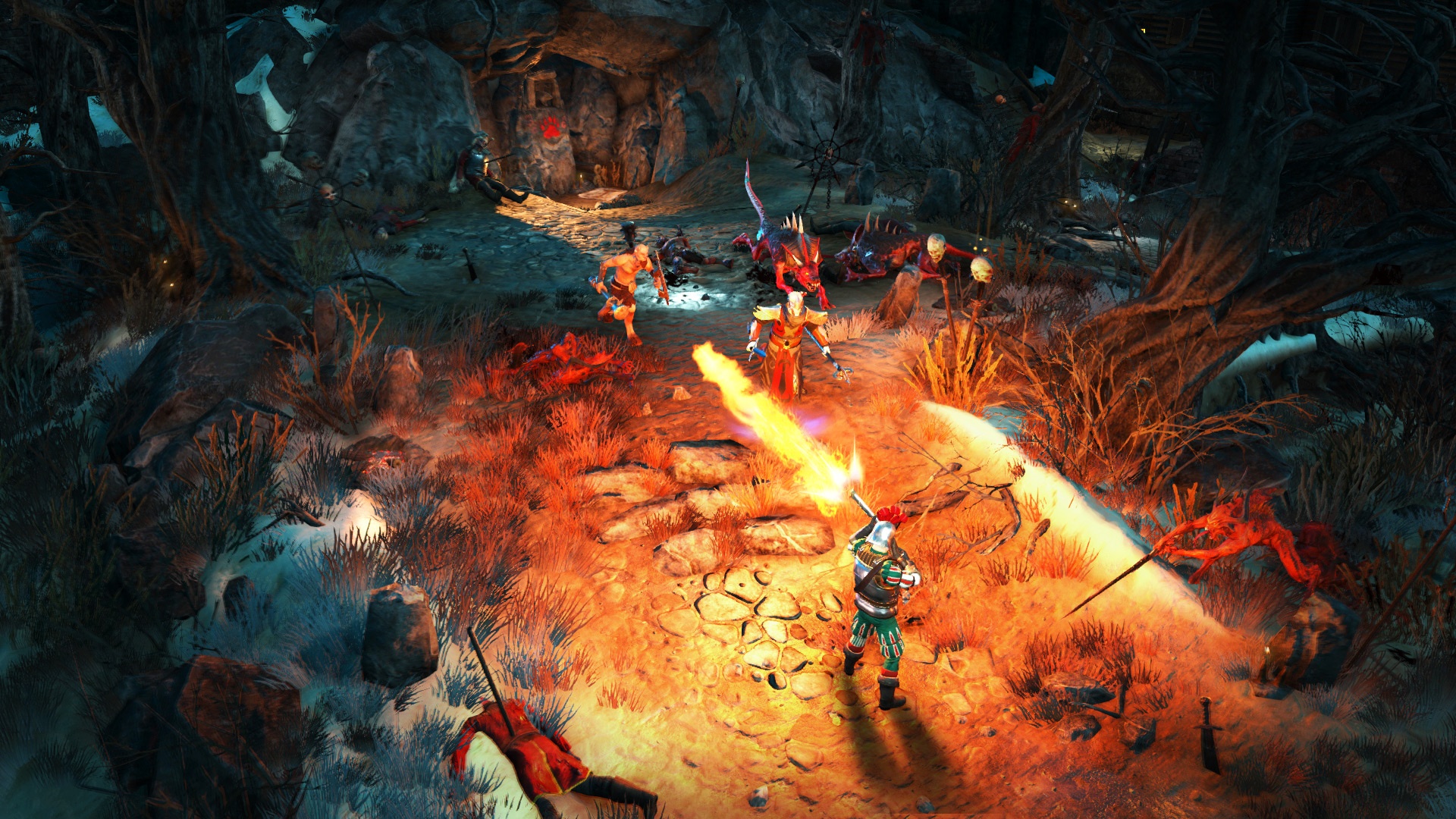 Diablo 3 fans rejoice! There is finally a game that can fulfil that insatiable craving Diablo 3 left you with. Introducing Warhammer: Chaosbane – you have probably come across the name Warhammer before, I certainly had thanks to the numerous games already out and the classic models from Games Workshop. Do not fret if you aren’t invested in the Warhammer lore however since the game does a great service at welcoming new players. Notably, despite the many iterations of Warhammer, this is the first realisation of the expansive universe in ARPG form.

“In an age of lawlessness and despair The Empire of Man lay in ruins, torn asunder by civil war and wracked by famine and plague. And so it was, in the year 2301, that a Kurgan warlord named Asavar Kul united the savage tribes of the Chaos Wastes and made war upon the realms of men. The invaders entered the distant northern kingdom of Kislev and sacked its largest city, Praag. But in the Empire’s darkest hour, a nobleman from the south named Magnus rallied the people of the Empire to resist the invaders. The Imperial army marched to the rescue of the Kislevite capital fighting Kul’s army in a massive battle outside the city walls. Joined by mighty heroes from all across the land, Magnus defeated Kul in single combat, and the Chaos horde was scattered to the winds. Blessed by the gods and heralded as the true Emperor, Magnus returned to Nuln in triumph. But even as the Old World celebrated Magnus’s victory the Dark Gods were planning their revenge.”

Right off the bat this game will be compared to Diablo 3, and let me just clarify that this is by no means a bad thing. Warhammer: Chaosbane almost prides itself on taking inspiration from Diablo 3 whilst infusing original changes to the established formula and weaving a story using the rich lore of Warhammer. As a hack-and-slash dungeon crawler ARPG, this game excels. If you enjoyed Diablo 3, and like me, enjoyed it over and over – Warhammer: Chaosbane is the closest I have come to feeling that same level of enjoyment in this genre.

The game begins with the option to choose from four separate characters:

Each character has unique abilities bonded to their archetype which ensures a significant amount of replay-ability. Moreover, with the Story mode, the boss rush mode and countless dungeons there is a ton of replay value on offer. Where Warhammer: Chaosbane separates itself from Diablo 3 is with the inclusion of a unique, character-specific archetypal ability assigned to the right stick. Another feature that sets Chaosbane apart from the rest of the pack is the Bloodlust mechanic. Certain foes drop bloody orbs upon death, collecting these orbs contributes to a power-up meter that, once filled, allows you to unleash the deadliest form of your abilities and wreak havoc on the puny foes that get in your way.

What I love about the Bloodlust system is the care one must take in deciding when to unleash it. Especially at the higher difficulties of the game, timing your Bloodlust right can be the difference between life and death. Do you save it for a boss or do you turn to it as a last resort when you’re swamped by enemies? It is this caution that adds an engaging element of tactical awareness to the game. 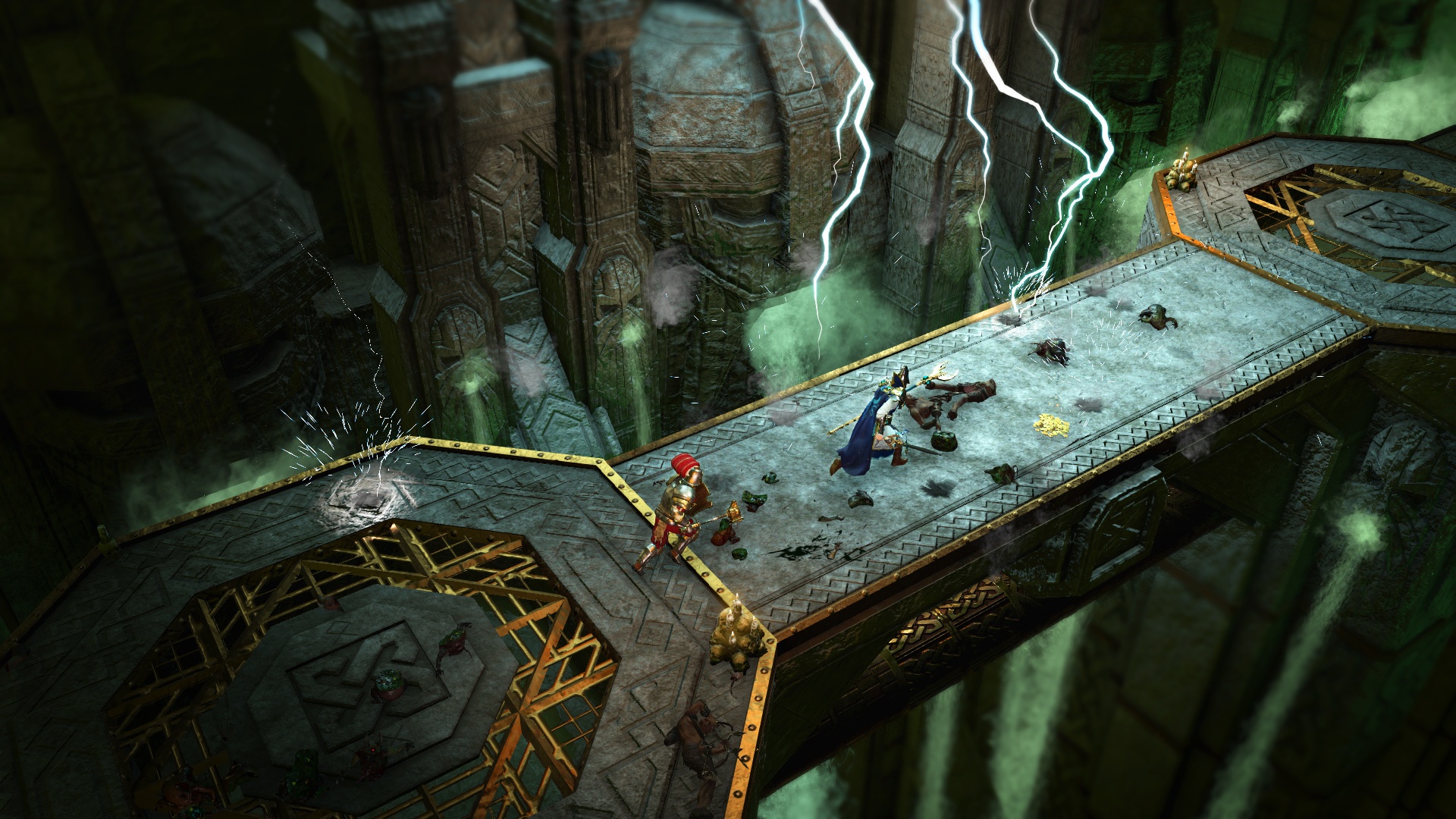 Warhammer: Chaosbane will take you to the putrid sewers under the city to majestic ancient elven temples. Each area you visit has unique properties, whether that be the poison affects in the sewers or the blood-leech effects in Praag. Praag, one of the main areas unlocked later in the game, also known as the Cursed City, is the largest and most heavily fortified city within northern Kislev, earning itself the title as the Bastion of the North. The areas are lore-based and Chaosbane does a marvellous job at introducing new players to the lore.

One of the most impressive attributes of Warhammer: Chaosbane is the graphical fidelity as well as the performance. The developers behind this game, Eko Software, also developed another game I had played previously – How to Survive 2 – which was an admittedly less polished game. However, Eko Software have transcended any of their previous projects with this one. The gameplay is buttery smooth even with all the on-screen enemies and ability effects. The areas are rich and detailed creating an immersive atmosphere for you to get lost in.

Story-wise Warhammer: Chaosbane is easy to follow and like other ARPG dungeon crawlers, involves you retreading your steps in dungeons on various missions. These can range from humanitarian missions such as finding refugees, hunting missions to locate and capture and/or kill high value targets, or retrieval missions. The boss battles that you face at the end of every Act provide the greatest challenge however. Without going into spoiler-territory, each boss is the manifestation of the environment they’re in and they are challenging. Playing at the higher difficulties, you will likely face death against these bosses until you figure out their patterns and how to counter their deadly attacks. Defeating the bosses left we with a remarkable sense of achievement however due to the difficulty. 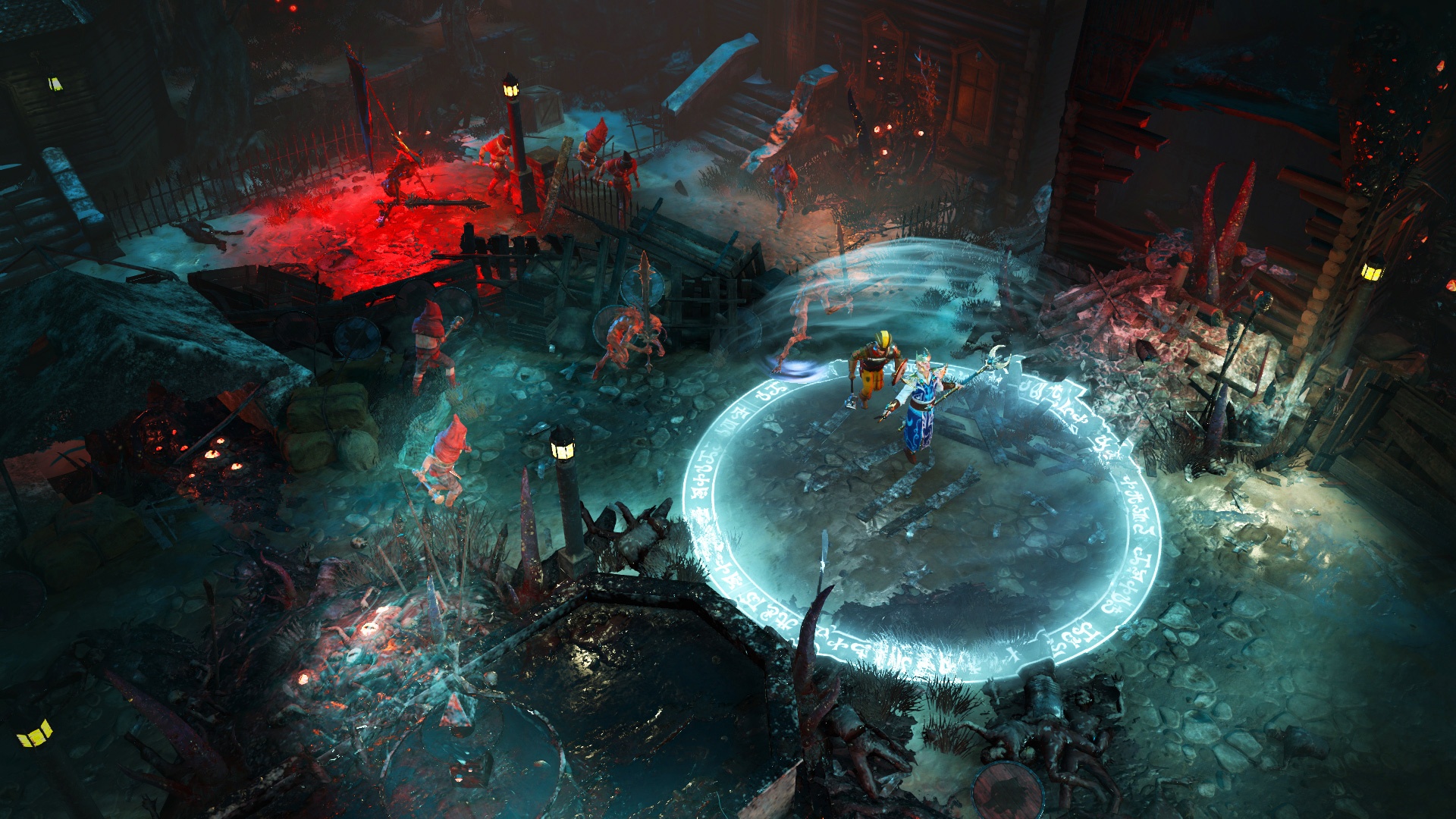 One factor of the game I found underwhelming was the loot. There wasn’t much to differentiate the loot other than a ranking system but the loot itself was largely monotonous and the lack of variety was definitely disappointing. On the other hand, what I liked about the loot system was the fact that each character class had unique look that was aesthetically appropriate to their race/background. The skill tree is well fleshed out and works on a points system. This forces you to ration your skill points and decide whether you will have more lower-powered skills or fewer higher-powered skills, adding to the tactical nature of the game. Moreover, the voice-over work is not ideal but certainly is good enough that it doesn’t take away from the immersion too much.

Another impressive feat is that Warhammer: Chaosbane can boast is the seamless online capabilities allowing you to play with up to 3 other friends, either online or offline with couch co-op. Whilst my initial play through was played solo, allowing me the time and flexibility to come to terms with the games systems and mechanics, I did try-out the co-op experience and can assuredly attest that it works flawlessly. The class synergy and interface have been designed for co-op thus showing the attention and care taken by the developers in optimising this style of play.

All in all, Warhammer: Chaosbane succeeds in what it sets out to do. It creates a Diablo-like experience with endless hours of enjoyment at your fingertips. The story benefits from relying on the rich lore of the Warhammer world and graphically the game is of a standard one would expect from this generation and of a game belonging to this genre. What is more important however is the performance which is stellar and runs smoothly. Although the game has minor issues with loot, voice acting, and slight repetitiveness, it’s easily one of the best Warhammer games ever made and will definitely scratch that itch Diablo 3 left you with.

Warhammer: Chaosbane almost prides itself on taking inspiration from Diablo 3 whilst infusing original changes to the established formula and weaving a story using the rich lore of Warhammer.