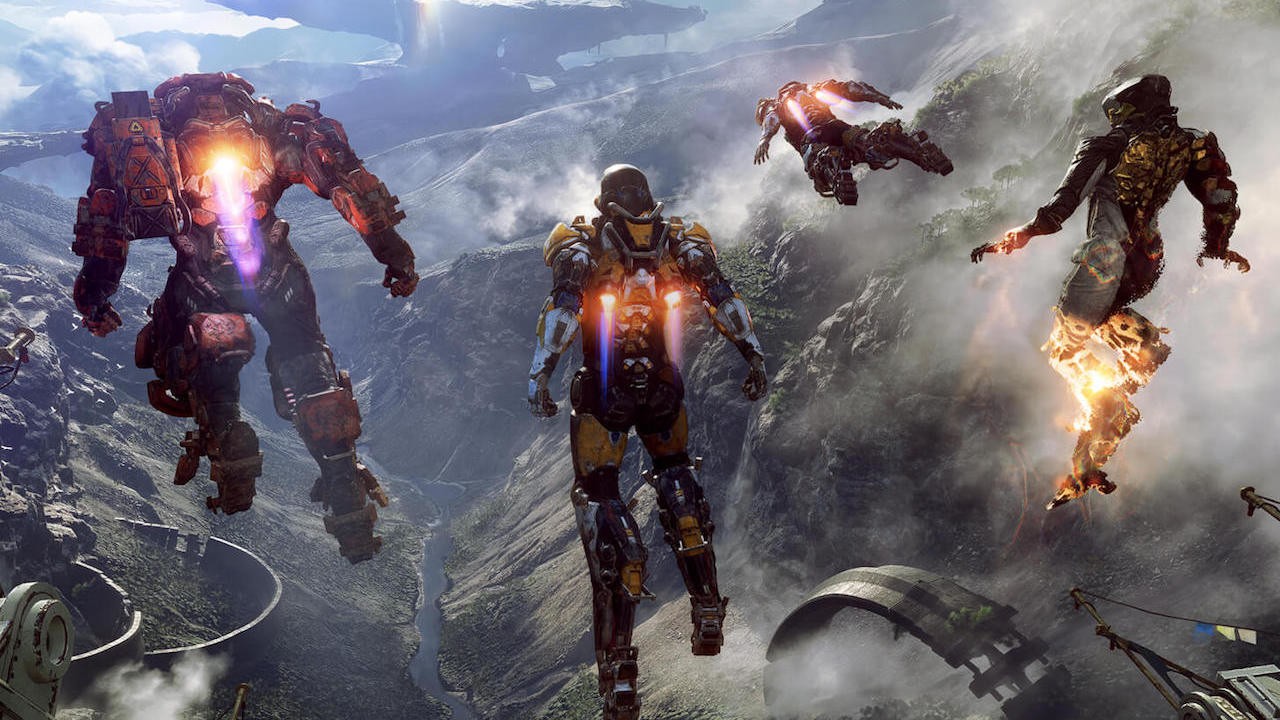 Everyone seems to love The Division 2. It ticks all of the boxes for an online loot shooter, taking all that worked about the original and refining it to deliver an experience that keeps players invested in the long-term while ensuring that the moment to moment gameplay is enjoyable.

That’s all true enough I suppose, but man, is it ever bland. Ok, ‘bland’ is probably a bit harsh, but by simply refining the experience delivered in the largely excellent original, Ubisoft has developed a sequel that ultimately feels far too familiar and safe to be genuinely exciting. Don’t get me wrong, it’s very good at what it does, but the sense of déjà vu is utterly palpable. If you’ve never played the first Division, you’ll probably be fine, but as someone who put, well, God knows how many hours in to it, returning to the painfully similar world of its successor feels like a bit of a chore.

Part of that is the game itself of course – it’s a brilliantly developed, but painfully beige shooter, but honestly, I think its biggest problem is its complete lack of flying mech suits. Oh, and Washington. Washington DC is boring as hell (although admittedly great for a day trip).

Sure, Anthem has tons of problems, and as a complete experience, can’t compete with the carefully crafted design of The Division 2, but come on, flying around in Anthem’s gorgeously vertical world via BioWare’s effortlessly cool Javelin exosuits is a totally underrated joy. Again, the game surrounding the core mechanics was far from finished at launch, and despite recent improvements, still isn’t where it should be from a structural perspective, but going from jumping off giant waterfalls and unleashing ungodly amounts of futuristic ordnance to wandering the forgettable streets of Washington DC with my umpteenth utterly forgettable assault rifle proved surprisingly jarring. 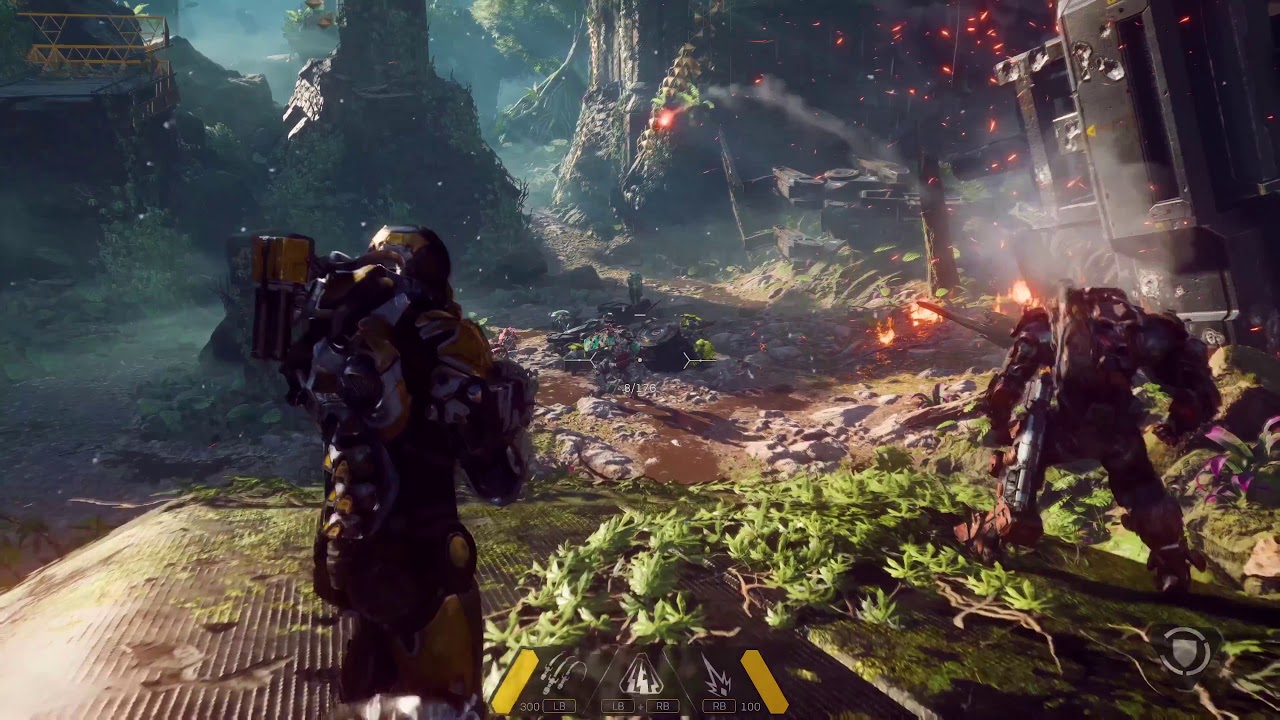 I appreciate that the structure of content and the consistency of its world is especially important in an online loot shooter, but by celebrating The Division 2, it feels like we are all celebrating the safe, solid, but ultimately rather boring option. I’m not undermining the technical achievement of its world, but some people out there must find its perfectly developed blandness somewhat tedious…..and really, why Washington DC? New York is an inherently interesting city, but Washington DC? Outside of the obvious landmarks, there really is little to suggest that it would ever work as a video game city. It’s all too clean, too sterile. The Washington monument is something to behold if you actually visit the city, but in video game terms, it’s a big stick in the middle of a field – you can’t do anything with it. You can’t climb it, you can’t really go in it. It’s just kinda there.

Anthem and its unnamed world on the other hand, man, what a joy to traverse. Yes, there’s arguably not enough to do while you are there, but from both a visual and a purely mechanical sense, it’s miles ahead of the comparatively unexciting Division 2. I might have got bored of the missions and its characters (although I’d take Anthem’s clunky narrative and inconsistent characters over the utter balls that is The Division 2’s story any day of the week), but I never tired of flying through Anthem’s lusciously green environment. It’s one of those great things about Anthem that got lost amidst its admittedly long list of issues; Anthem is a far from perfect game, but its traversal and sense of inertia might well be unmatched. Plenty of video games have tried to recreate the whole Iron Man thing (although not as many as we might have expected), but none have come close to recreating it in the way that Anthem has. The Javelins are easy to control and moving between the ground and the sky is always utterly seamless – it also looks amazing.

It’s not just the Javelins either – if you’re lucky enough to have an Xbox One X and a top of the range 4K TV, Anthem looks utterly gorgeous. Again, The Division 2 is a really good looking game itself, and from a purely technical perspective, isn’t far behind Anthem (it’s actually way ahead of it in many respects), but yeah, it comes back to those settings. Anthem’s world jumps off the screen if experienced on the Xbox One X (although the drop-off on the base Xbox One is admittedly rather dramatic), whereas Washington DC…well, it’s Washington DC. Really, Washington DC is a lovely city to visit for a day or two – it’s like a big outdoor museum…..with extra museums in it, but it simply doesn’t work as a video game playground, and honestly, the move from New York’s moody, snow covered winter to the comparatively generic summer of Washington feels like a retrospectively poor artistic choice. It has clearly been re-created with care and attention, but wandering its wide boulevards lends the game an oddly characterless aesthetic, one that a handful of beautiful monuments and famous buildings simply cannot overcome. 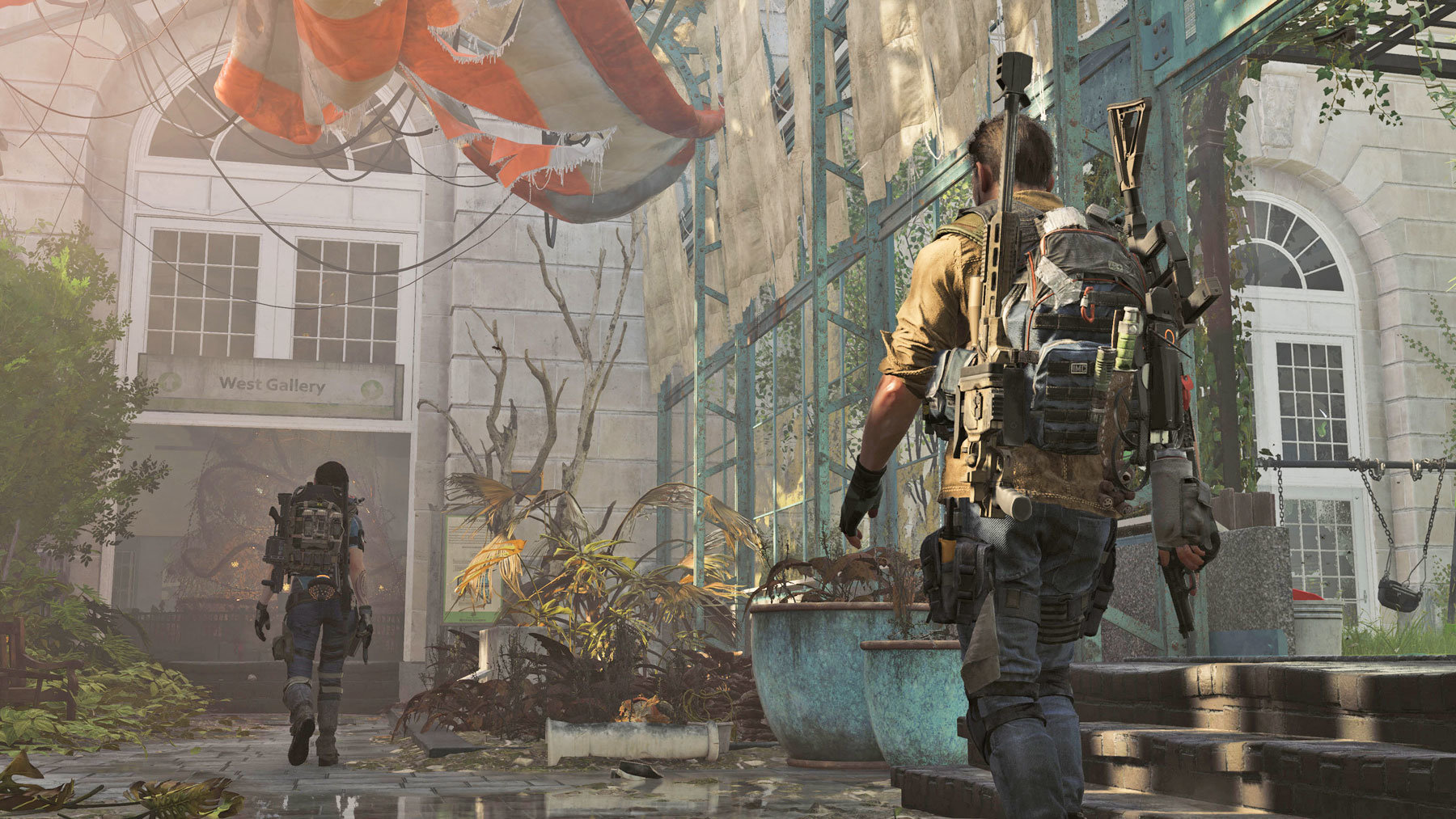 This sounds like I’m dumping on The Division 2, and yes, I guess I am – but it’s a purely personal criticism. I’d probably feel totally different about it if I hadn’t sunk so many hours in to the original, but the fact of the matter is, approaching The Division 2 off the back of 50 plus hours with the New York set original and just as many hours spent flying through Anthem’s gorgeously green scenery hasn’t done Ubisoft’s latest any favours. Yes, it’s technically solid and beautifully crafted, but it’s also sterile, overly familiar and disappointingly bland. I appreciate that Anthem has plenty of its own problems, but man, does it ever have character. For all the talk of settings and design choices, what it really comes down to are those utterly gorgeous Javelins. There is more to do in The Division 2 and arguably better rewards for your endeavours, but you’re never in a  Javelin – you’re never flying below waterfalls or attacking enemies from the sky. That might seems somewhat unfair (I’m sure a Javelin would feel somewhat out of place in The Division 2), but yeah, despite its many problems, Anthem’s broken beauty ultimately trumps The Division 2’s carefully crafted blandness.