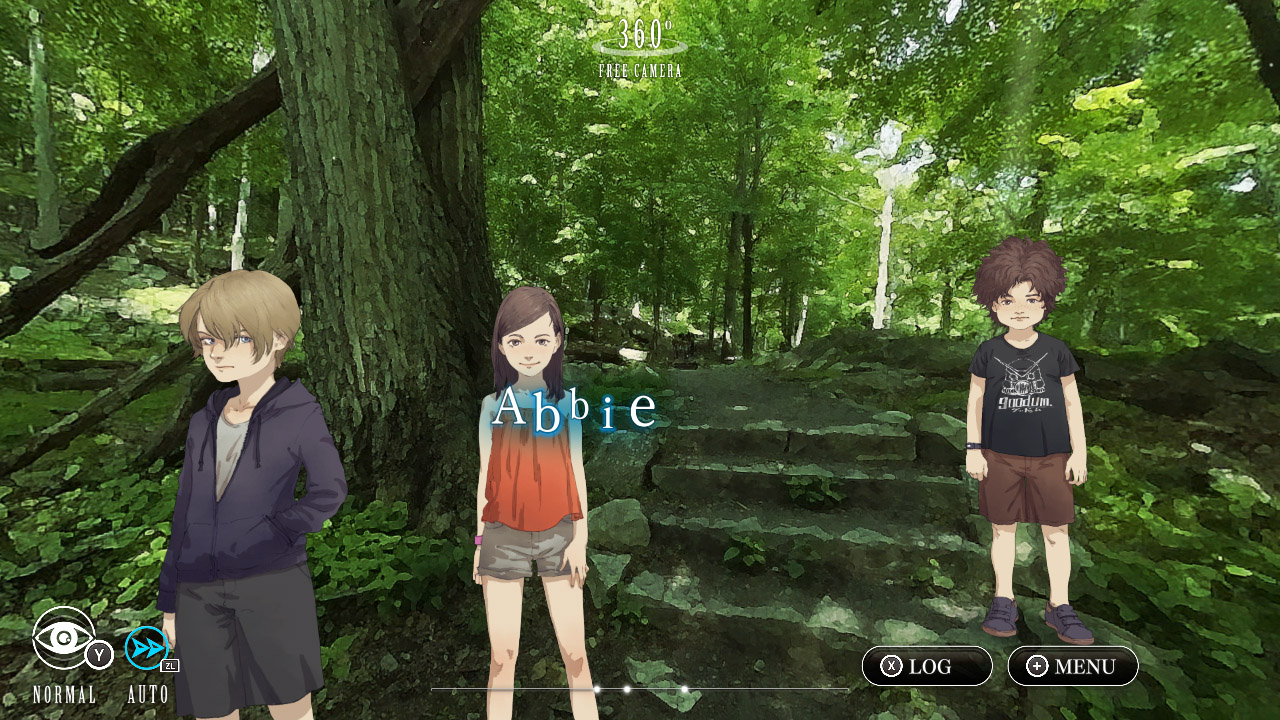 Ignore the title of this game. Look away. Seriously, look away from it for a moment and breathe. It looks weird and scary, like someone accidentally dropped a Scrabble bag into the washing machine. I understand why the title is the way that it is. Far too often, we have a bunch of games in Japan that do exceptionally well, and then the West decides to bring one over after there have been several successes, and don’t think about whether or not all those titles previously might be important. When Aksys brought Jake Hunter over to the West back in 2008, they didn’t consider a lot of important things, like localization and how it might translate. They did a good job of incorporating as much content as possible (plus the DS version was a decent starting point in terms of re-telling the original stories), but it was still weird. Also, then we had the same game re-released a year later with a better translation, and then close to a decade of silence before any others came to the English speaking shores. Arc System Works, who has been KILLING it with Switch releases recently, decided to try their hands at a brand new approach, and did well with the publication of Prism of Eyes last year. Now, would-be fans and newcomers can investigate the unique world of detective visual novels in a whole new way with Alternate Jake Hunter: DAEDALUS: The Awakening of Golden Jazz.

This game could have honestly just been called DAEDALUS: The Awakening of Golden Jazz, but the first part is important too. This is part of the Jake Hunter series, but the protagonist is, distinctly, not called Jake Hunter. We’re reverting to the original name of Saburo Jinguji, and this story takes place in a strange timeline, so bear with me. There was a game released back in 1998 for the Playstation and Sega Saturn that no one reading this probably played, and it focused a bit on Saburo’s past and what lead him to becoming a detective. That thread was interesting, but wasn’t fully investigated. So, now we have this alternate timeline that acts as a prequel to that game, and looks further into what inspired Saburo to become a detective, and it throws him into the streets of New York. Plus, the game itself takes a lot of time to flash back to times that are even before what’s happening now, so don’t expect the most linear of storytelling to take place. Instead, know this: Jake Hunter is Saburo, but the name Jake Hunter is never used. This takes place in the storyline, but before anyone knew anything about anyone. The important part is that Saburo’s grandfather lived in New York, got murdered, and now Jake wants to find out why. In the course of the investigation, he’ll learn some important things about his grandfather, including the meaning of his last word (DAEDALUS), and find out the roots of his childhood run deeper than even he imagines. 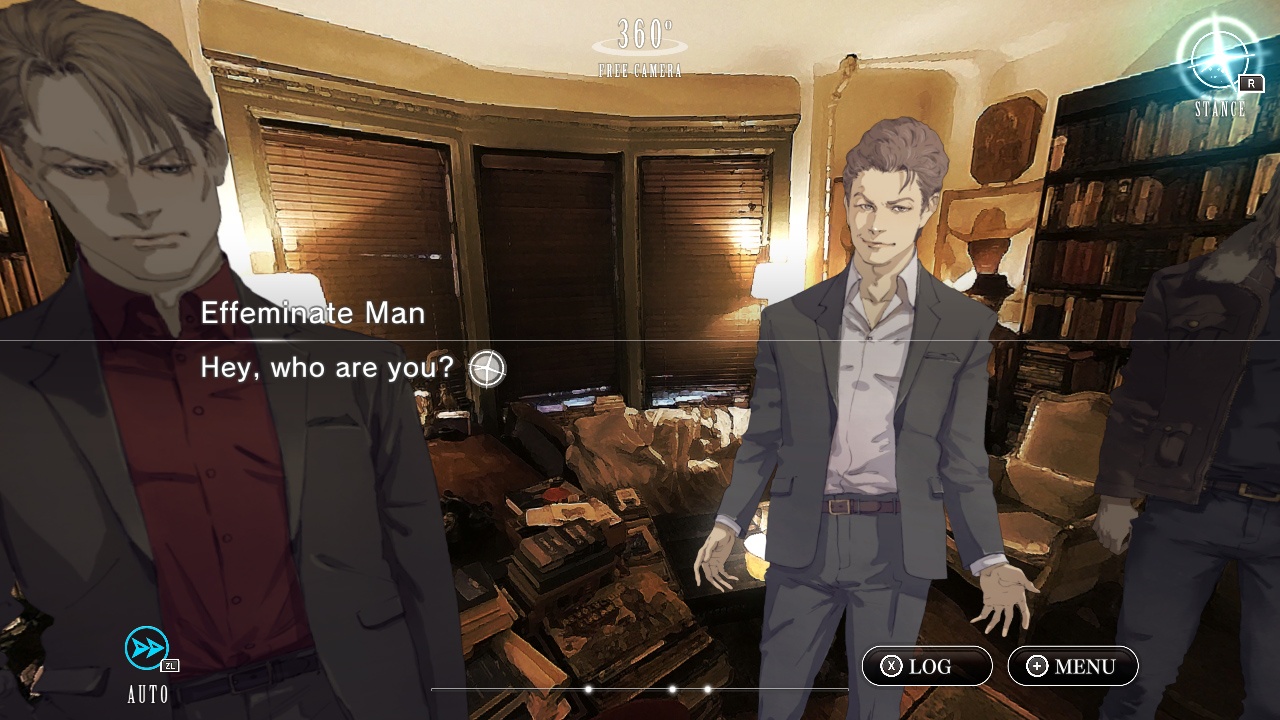 DAEDALUS: The Awakening of Golden Jazz is a visual novel that is incredibly investigative and in-depth. Each section of the game puts you in 360 degree camera control, and asks you to look at your surroundings to find clues, hints, and incentives to look deeper at other elements. A lot of moving the game forward takes patience in looking, talking, and then looking again at something, sometimes several times to really understand the importance or to change your stance on it after someone has commented. As you unravel a particular thread in the grand chapter of a case, you’ll start to grow your “Mind Tree,” a very trippy visual that starts with a ore idea and gradually branches out with literal branches made from words that make up clues. This is supposed to give you directive as to where your case is going, and give you the basis for how you reach your conclusions. Naturally, the tree grows depending on what information you get, and you can often change what a suspect/witness/person on the street will say by choosing a different “Stance,” which is a multiple choice that occurs depending on your mood. Much like the interrogation methods of LA Noir, you can try being honest, aggressive, or flattering in order to make your way to the answers you most want to hear.  Be careful how you approach each person, however: you don’t want to end up shutting down the conversation before you’re ready to move on.

Conceptually, DAEDALUS: The Awakening of Golden Jazz is a masterpiece. I’ve never experienced a visual novel quite like this, and I need to stress that it is, in fact, a visual novel. There are multiple endings, sure, but, similar to the Phoenix Wright series, you’re moving in a forward direction that concludes with the end of the case of your grandfather’s murder. Since this is meant to be a prequel, you don’t have the need or cause to suddenly launch into other cases: you’re not even from New York, and you’re definitely not a cop yet. But keeping Saburo firmly in a visual novel clutch allows for a lot of interesting choices you might not get with other detective type games. For example, the flashbacks aren’t static, but allow for you to delve into what your friends were like when you were all children, and see how your grandfather’s advice when you were young (a.k.a. Chapter zero, the tutorial) affected your outlook and perception on life. The writing that comes forward in both the descriptions of landscape and the conversations that you participate in are far more natural and engaging than the normal “gritty” sort of dialogue that you’d find in other games angling for this act, and the whole concept made me genuinely curious to try other titles in the series (though I understand that DAEDALUS is a standalone with many of the mechanics).

DAEDALUS also succeeds wildly in terms of visual and aural presentation. The art styling that surrounds The Awakening of Golden Jazz was odd at first, till I realized how much sense it made. Many items appear a bit blurry, like they were done in hasty watercolor, until you focus in on them and they suddenly sparkle to life. The people around you have multiple poses and angles that they take on with sudden, jumping motions because what they say, not how they say it, is the most important aspect. When you feel too overwhelmed with finding what to do next, you can toggle into a Discovery vision that colors everything midnight blue and allows for fairy lights to guide the way to what to investigate next. Whenever possible, I tried to avoid using this mechanic simply because it felt like it cheapened the search, though I admit it was necessary since I’m not great with the 360 degree camera. Oh, such a camera also means occasionally holding conversations with people while not looking at them in any aspect because I wanna see what’s down the alley instead. I did not make Saburo seem like a great conversationalist. 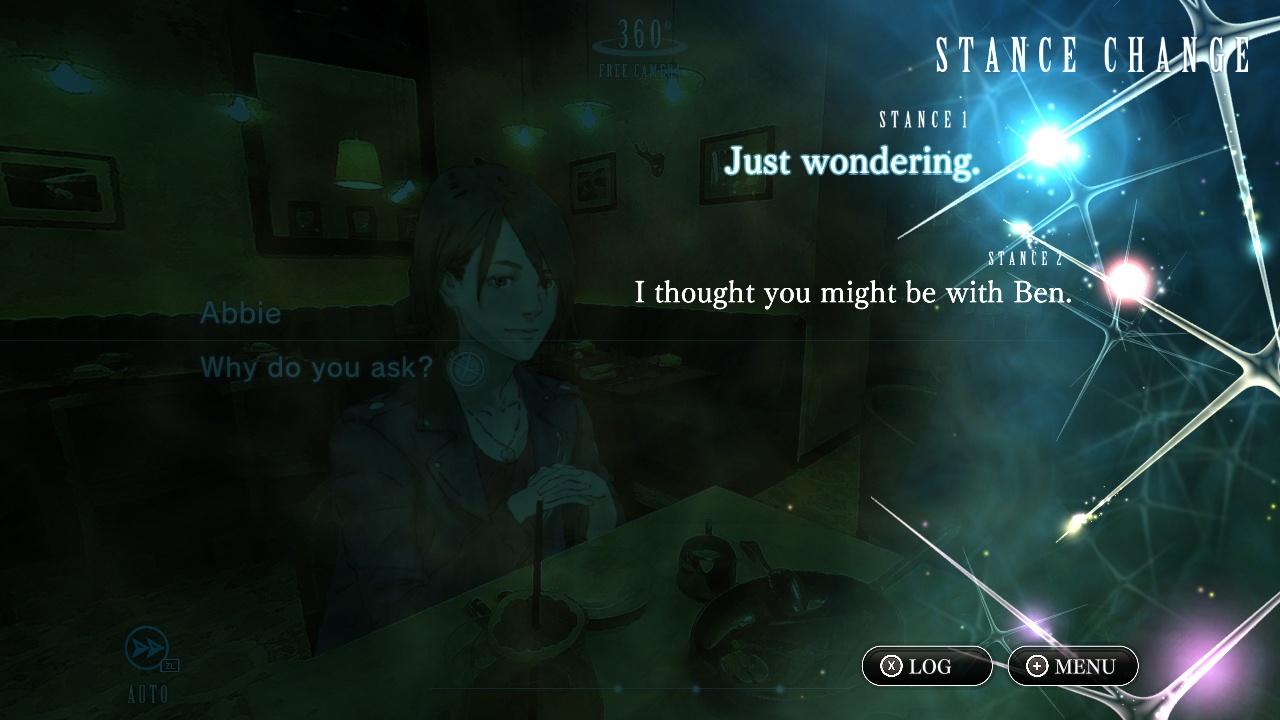 Additionally, the voice work and music are gorgeous. Arc System Works made a great choice to keep the Japanese voices for everyone, which both adds to the dramatic flair and makes the most amount of sense since this particular Jake Hunter title really harps on how Saburo is from Japan. Though this did feel a bit odd when, early on, Saburo is talking to an old man in an alley and they’re both speaking, in Japanese, about how Saburo can speak English. Still, the emotion and delivery is solid, and everything is beautifully accented by the piano soundtrack that plays throughout. For whatever reason, a majority of the music is piano, and it really works well to the investigative and contemplative nature of the journey. Rather than focus on something melodramatic and potentially off-putting, the gentle piano helps to underscore how much is happening within Saburo in his logical puzzle-solving and completion.

The only complaint one might have is that Alternate Jake Hunter: DAEDALUS: The Awakening of Golden Jazz (besides the viciously long title) is that the game is relatively short for the first playthrough. If you have the time and the energy, you should be able to knock it out between an early lunch and a late dinner, but that’s with very direct investigation and moving things along quickly. Players who are intrigued by the story and the methodologies will want to dive back in time after time to explore a bit deeper, try different stances, see if you can affect the outcome (which you totally can) and really get a full feel for what Saburo is going through. This isn’t a passive visual novel by any means, but it’s a great ride for people looking for something a bit more than reading and a lot less than pursuing suspects on foot. Give it a try: after all, aren’t you at least a BIT curious as to what Golden Jazz might be?

A Jake Hunter game with no mention of Jake Hunter, DAEDALUS may be a confusing title, but it’s a well made and mechanically exciting visual novel experience.